Hi loves! Here's a little knowledge to share with you guys, all about jeans. Brought to you by Very. Ya'll know I'm no biggie on denim jeans, but skinny jeans and other forms of denim, I make exceptions. 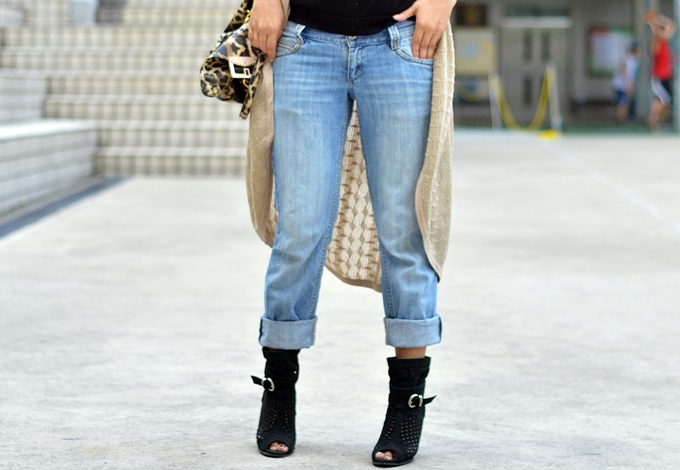 The Necessity Of Jeans

Jeans are a staple of any wardrobe. It’s easy to live in them day to day and they are always available in shops in a variety of colours and styles as they never go out of fashion.

To really be jeans in the traditional sense, however, they must be made of denim and they must be blue. Jeans were first invented and worn as far back as the year 1873. Though originally designed for cowboys, jeans became ubiquitous in popular culture around the 1950s and have remained popular ever since.

Authentic Jeans
To really work the denim look it’s great to go back to the roots of when jeans became fashionable and try to work some of the style of the time in to your outfit. The beginning of the popularity of jeans among young people emerged after the war along with the group of people now known as teenagers.

It was the first time this group of society got themselves noticed as a group in their own right; they became more independent from their parents’ generation and started to participate in the production and consumption of culture in a different way. The young person of the fifties is epitomised by icons such as James Dean and ‘greasers’ are often attributed the title of the main denim wearers at the time.

Getting the Look
Greasers were a subculture that consisted mainly of the working classes. They sprung up among young people from street gangs in the United States. Their style was then taken up by many others around the world as it came to be seen as an expression of rebellion; an association that it still made with the teenager.

At the time this group of youths were known as hoods, the term greaser did not appear until later on when a revival of the image came about. Getting the look is easy. First of all, a pair of skinny jeans is a must. Then you need greased back hair: don’t feel like you have to hold back on the gel or wax!

The British strand of greasers in the 1960s evolved into the rockers, the style of leather and denim carrying through fairly clearly. If you want to stick to the style found this side of the Atlantic, motorcycle related accessories are complimentary to the look. However, the American style is also associated with hot rod cars. For contemporary inspiration one can look to rockabilly bands who were popular with the greasers.