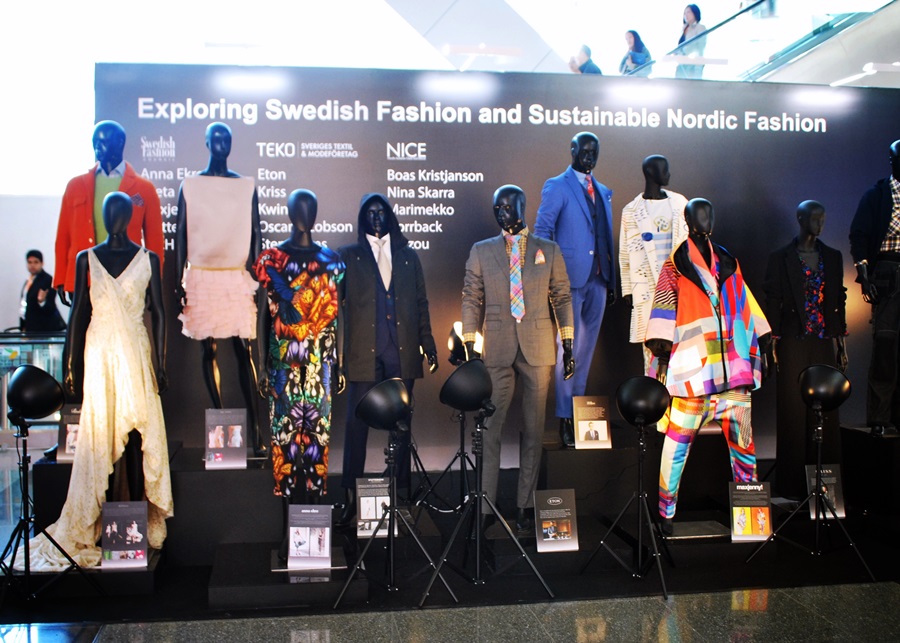 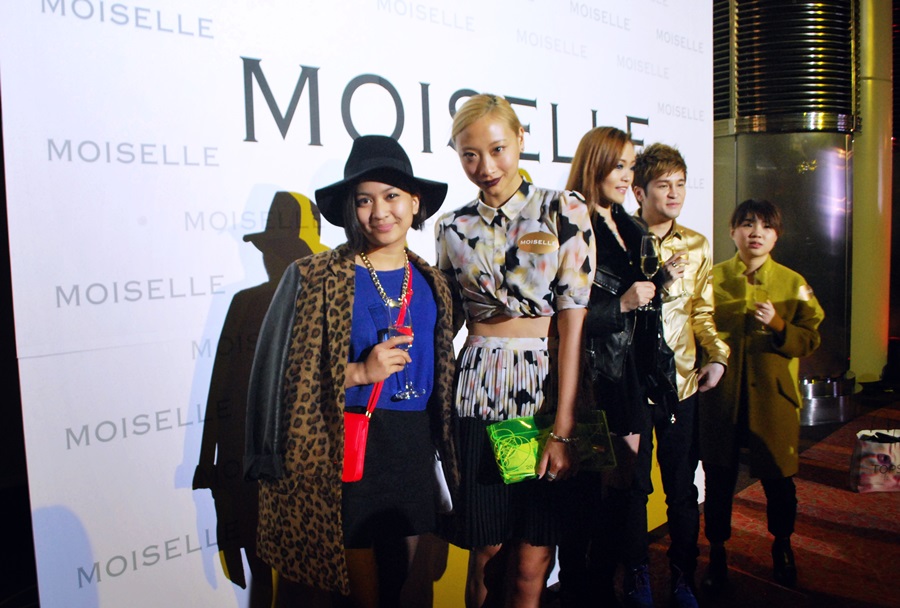 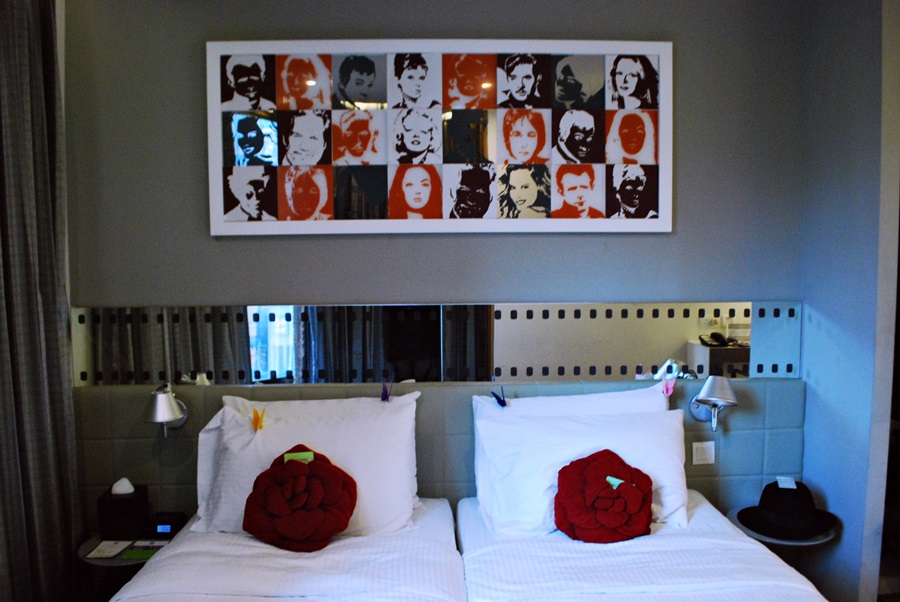 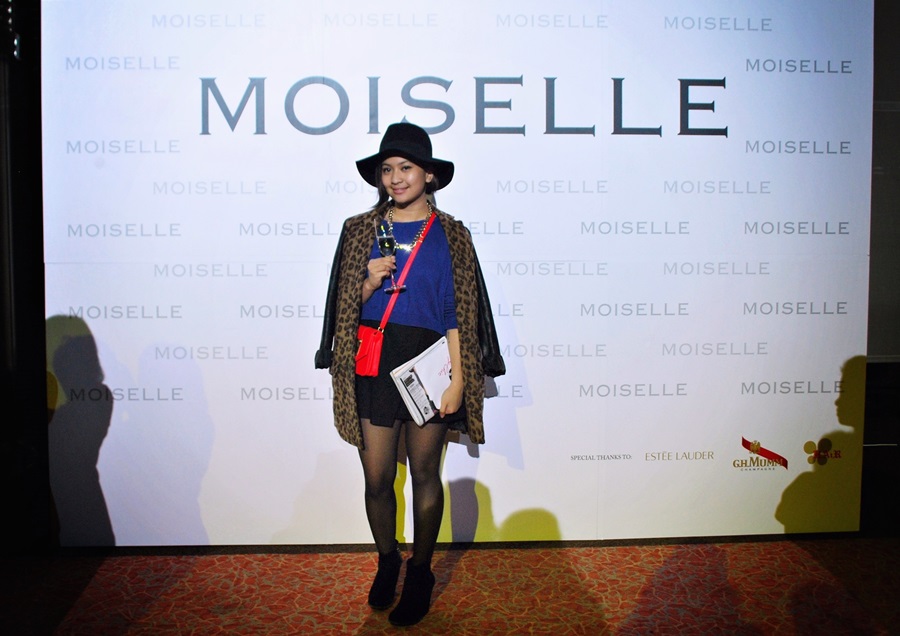 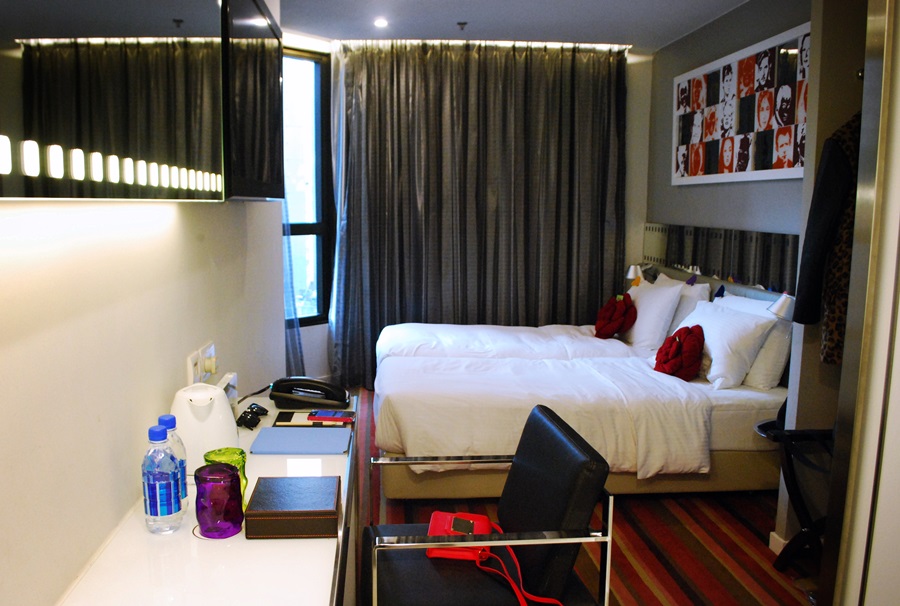 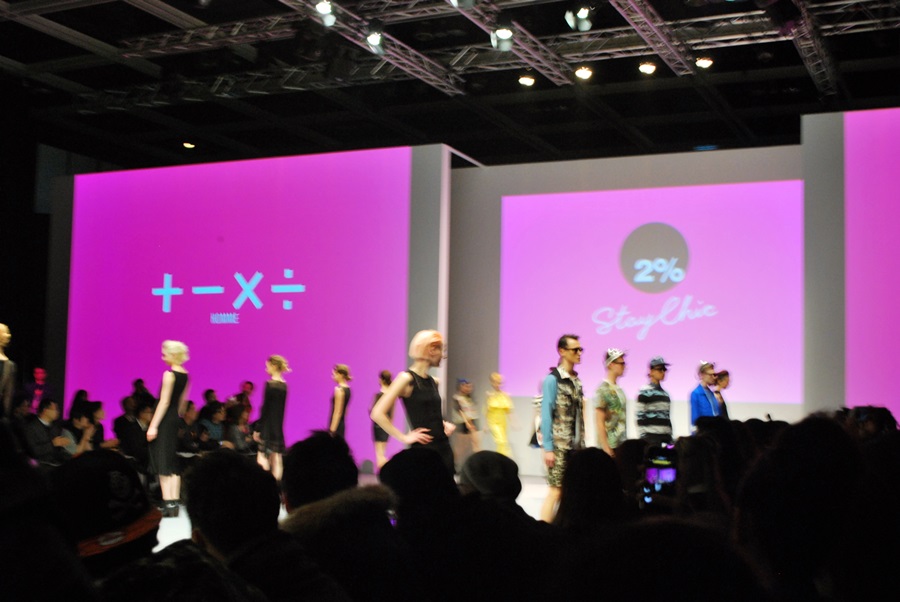 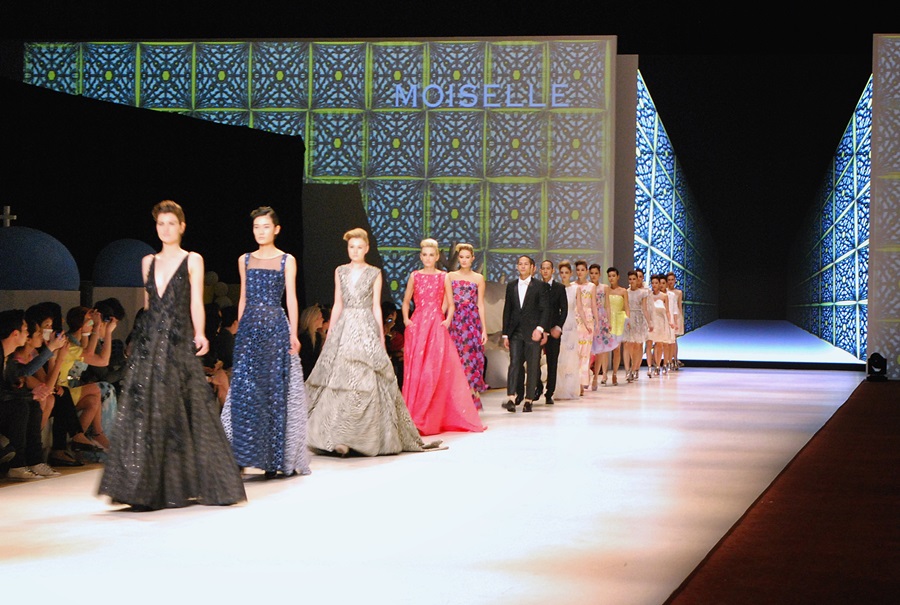 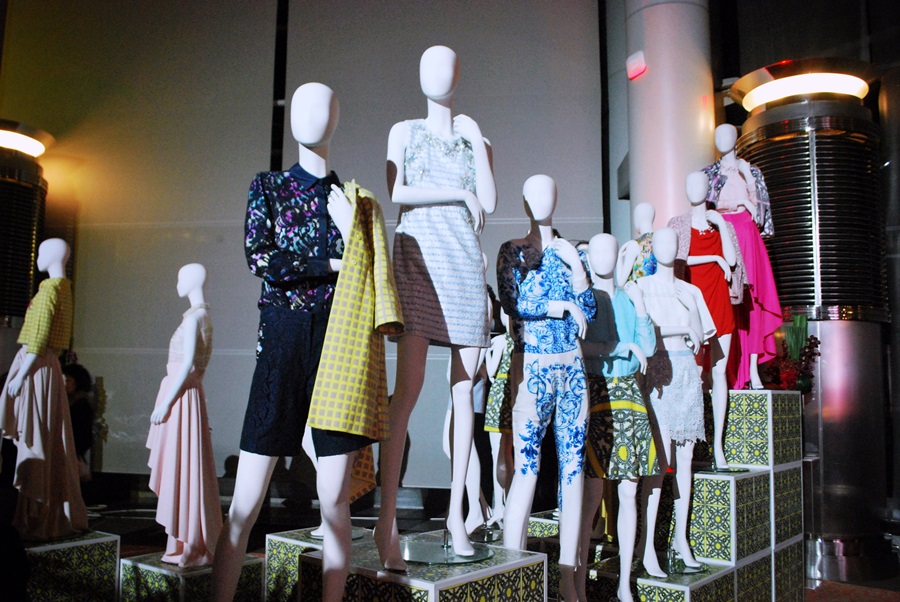 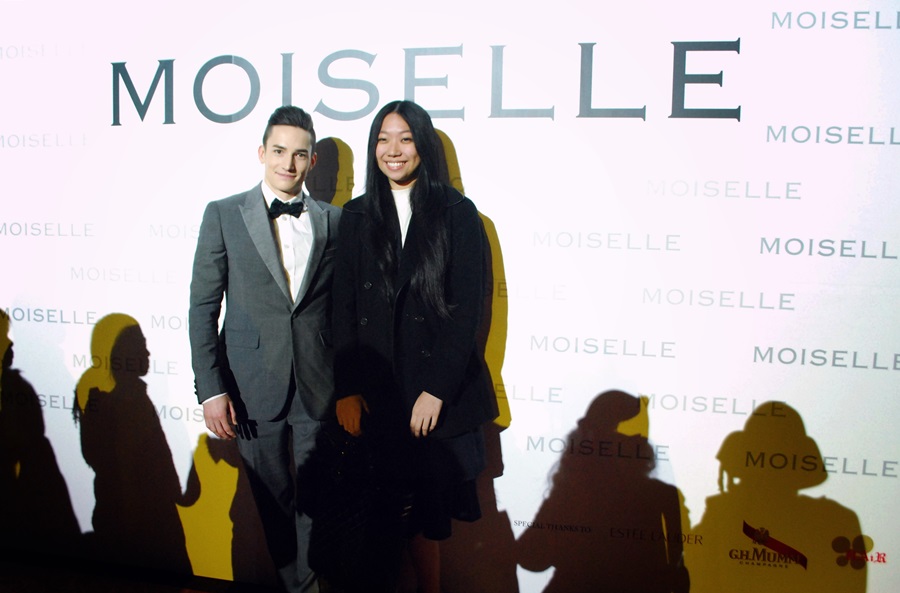 (Krisha with the handsome Marcel Nguyen) 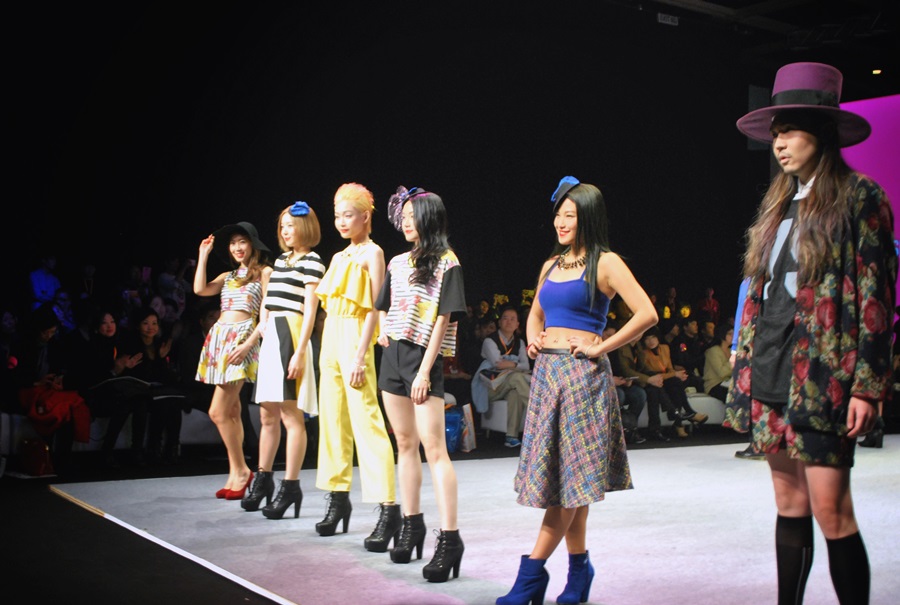 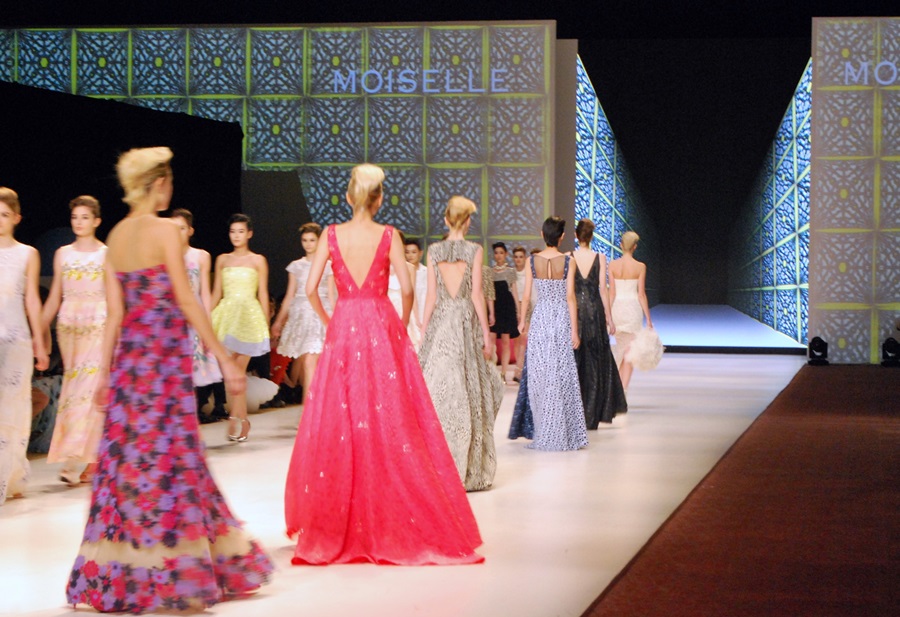 Chezka, Leon, and I took the ferry to Hong Kong at midday and upon arriving, checked in at Butterfly hotel before heading to the shows. I felt the sudden burden, after 3 days of consistent travel between Macau and Hong Kong, not to mention having to go to work in between - it was time to get a room and stay over even for just one night. Our itinerary for the day consisted of watching the 2%, followed by the Redress Awarding ceremony (which we purposely missed on point), then the Moiselle cocktail reception before the fashion show. As low as my energy was to a point of already being drained, I took lesser photos during the day (hence the lack of imagery in this post), and decided to watch the shows without further ado. Penguin caught up with us that night just in time to celebrate Leon's 24th birthday at Lan Kwai Fong.

Anyway, at the Moiselle cocktail reception we caught sight of the beautiful Cindy of Cindiddy.com, and she was nice enough as to not reject us when we asked for a photo op. Also met a few people, including the adorable and uber-sociable Archelmis, and his friend Charles Wong. There was a bit of a commotion going on in one corner of the foyer which, apparently, was being caused by the handsome Marcel Nguyen; people, of mostly females, were going gaga taking snaps with the German gymnast. Krisha and Chezka were able to take their turns but unfortunately I wasn't. Oh well.

Once the hall doors opened, we were one of the firsts to get inside and take our places at the media area (best seats in the house BTW). But like I said, saved myself the trouble of shooting every look that came on the runaway and sat this one out. Good call. I got to appreciate every piece from the collection, which, speaking of, was very spring-chic and ladylike. I have to say it's not my piece of cake, feminine and all that. But who knows maybe in a few years, that's saying never say never.

Well I hope you enjoy the rest of this set. Don't fret. I'm almost done with the HKFW visuals, if it isn't too much already. One last to go, so stay tuned for the finale.