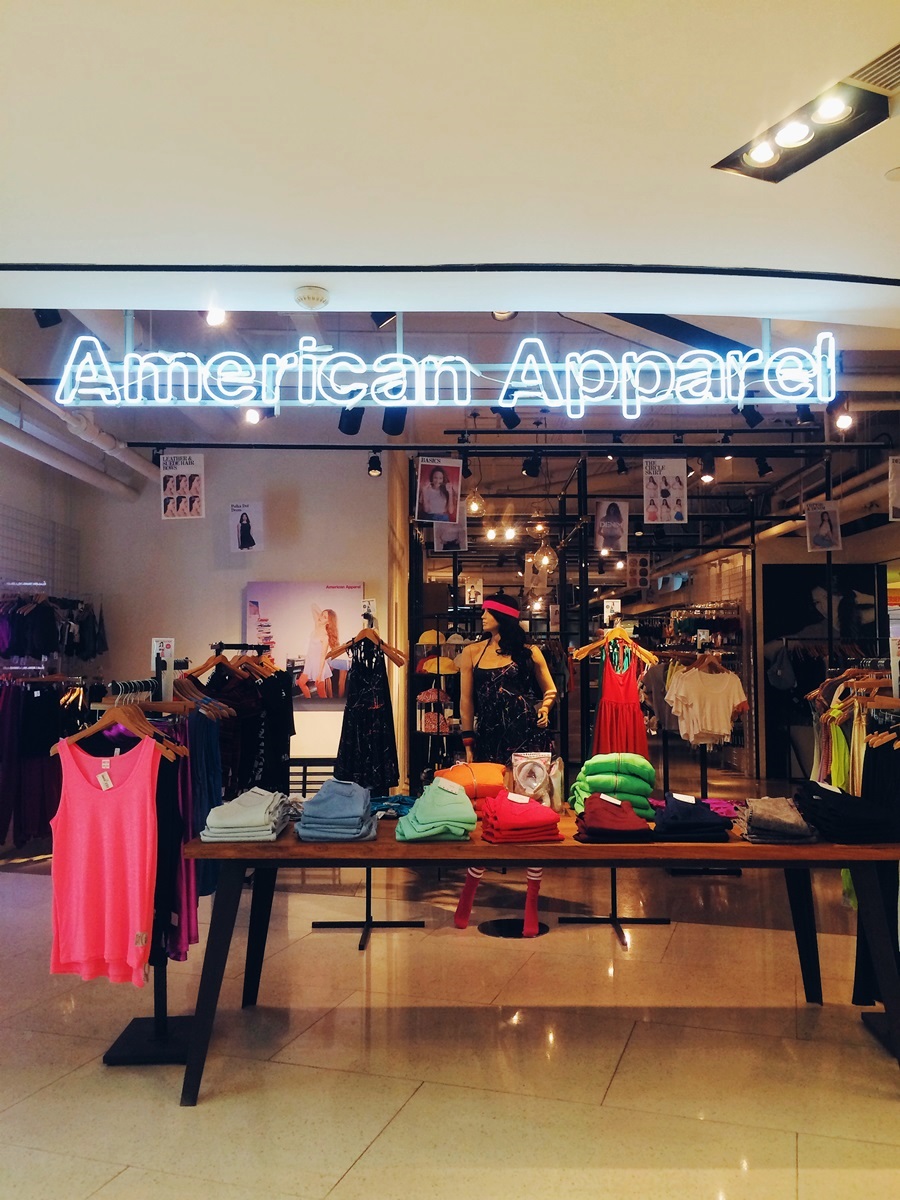 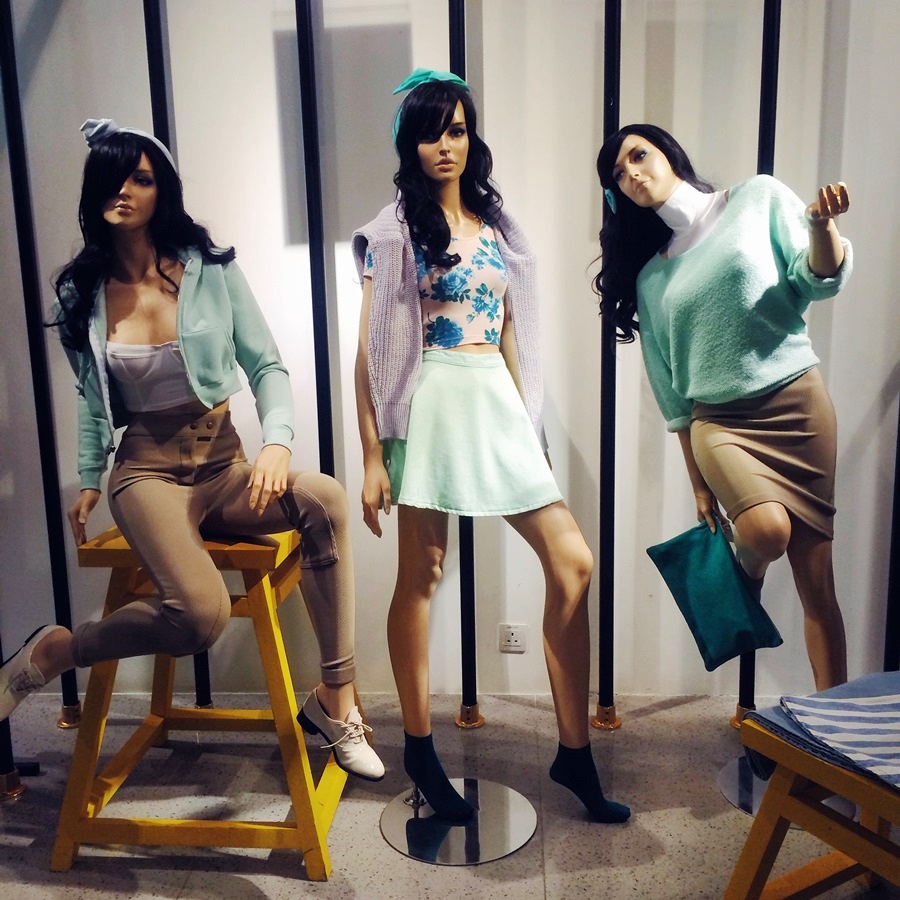 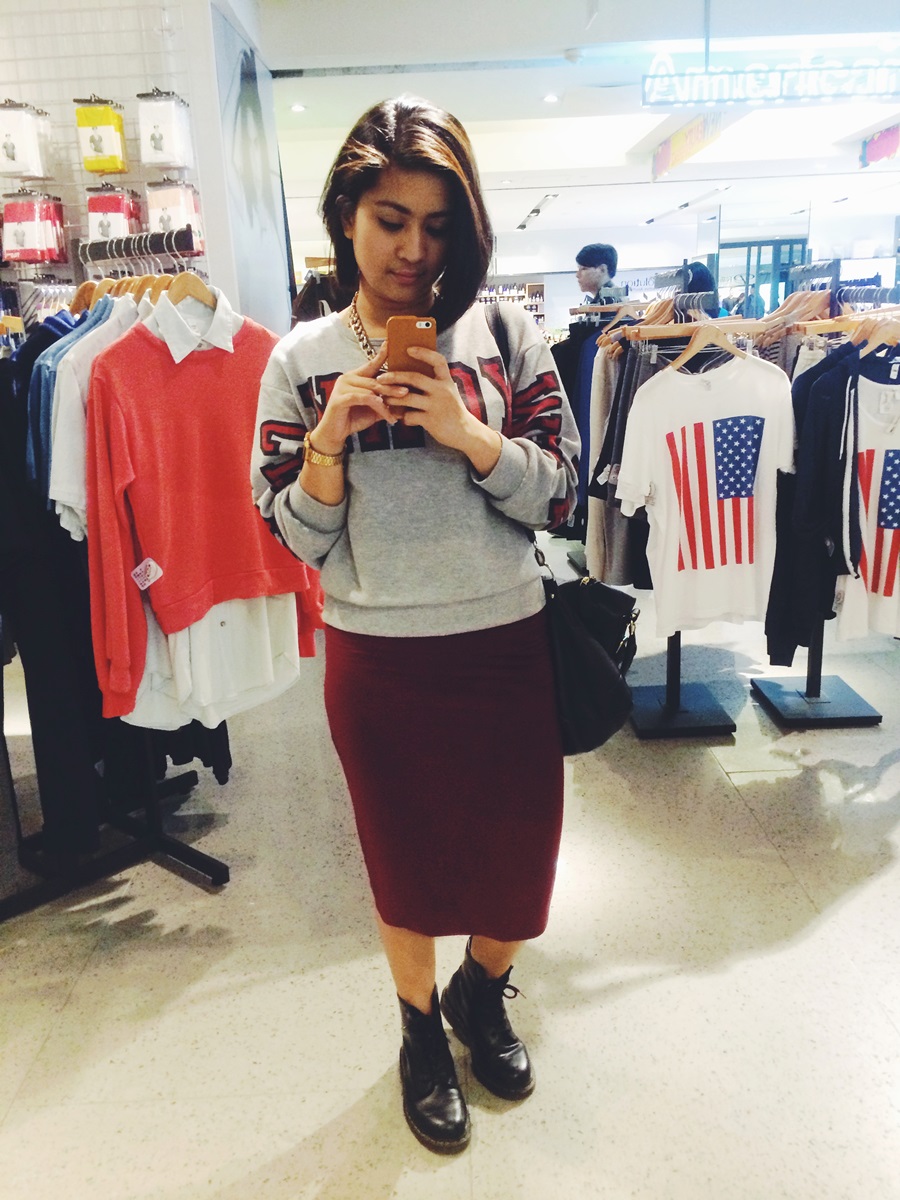 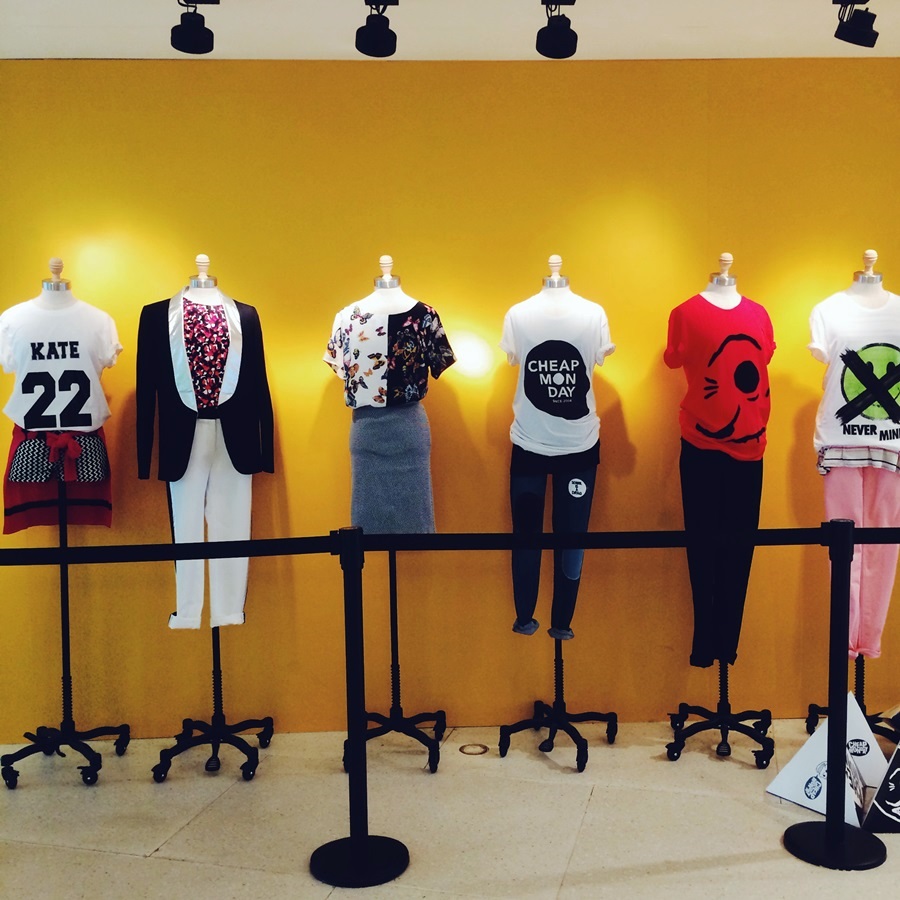 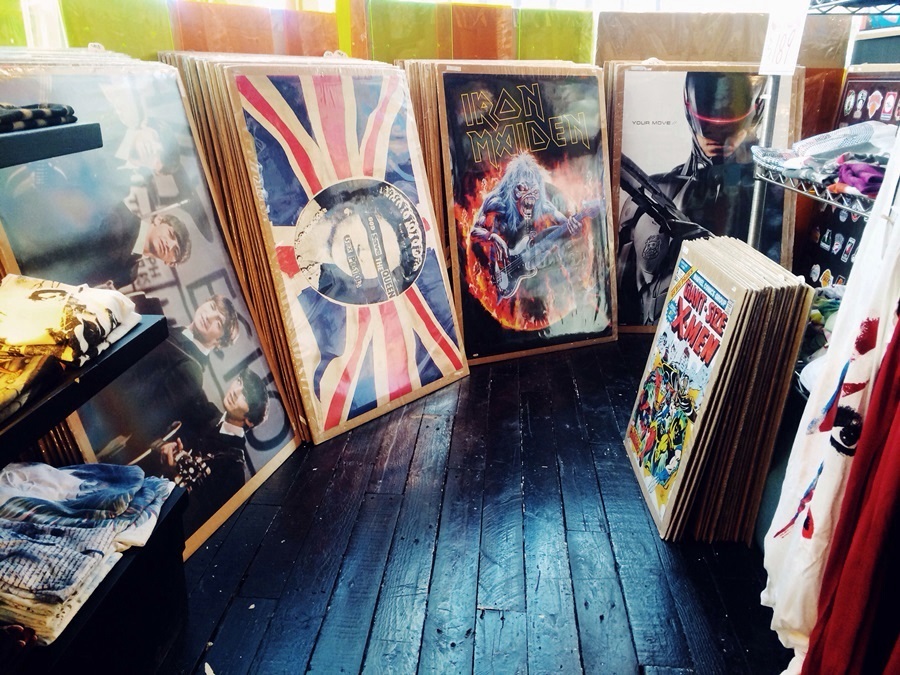 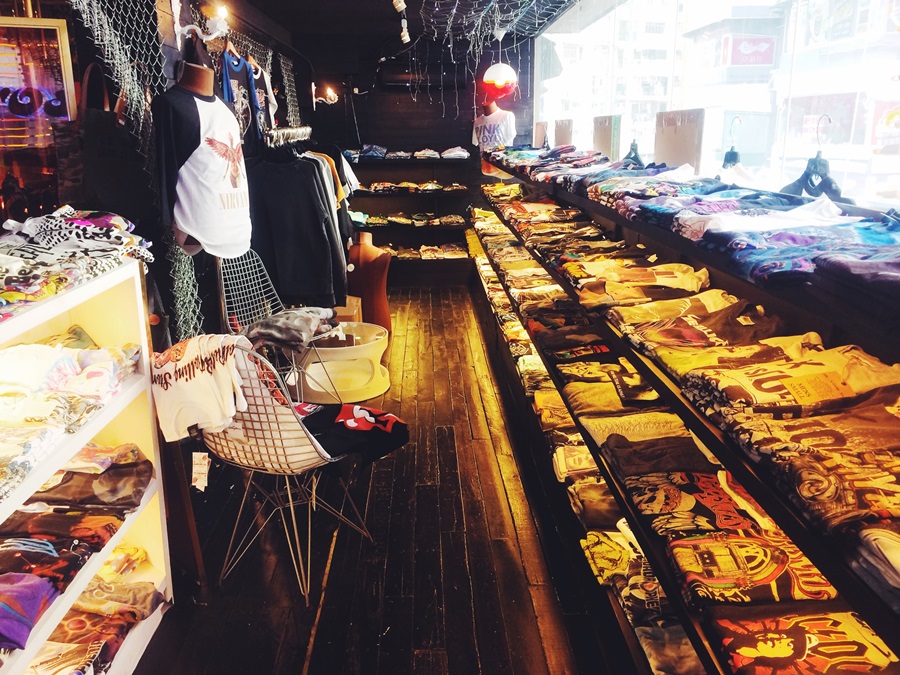 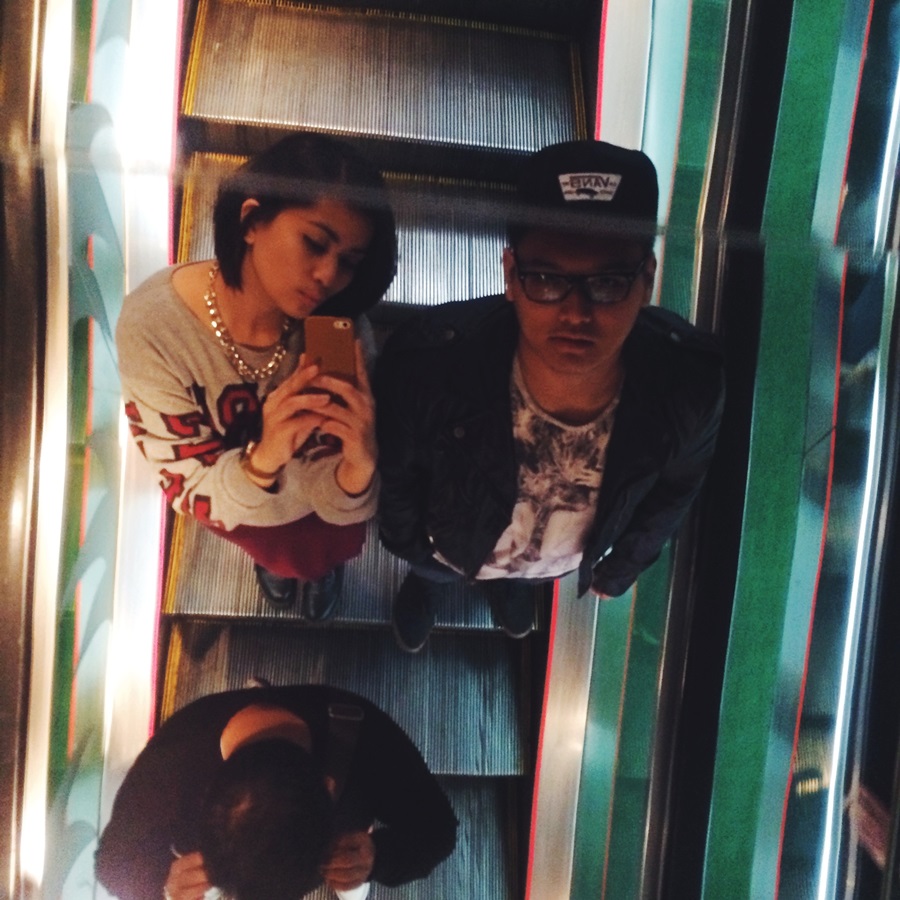 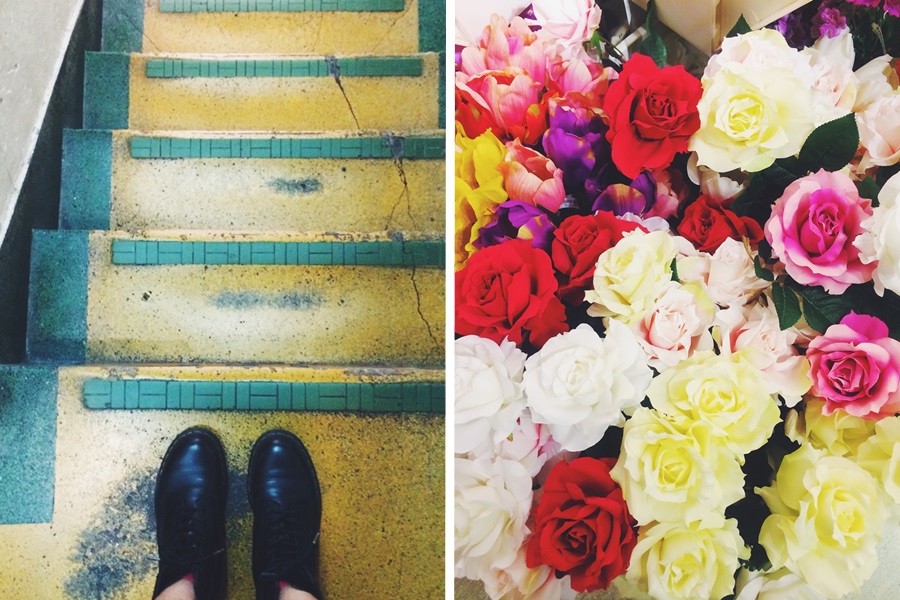 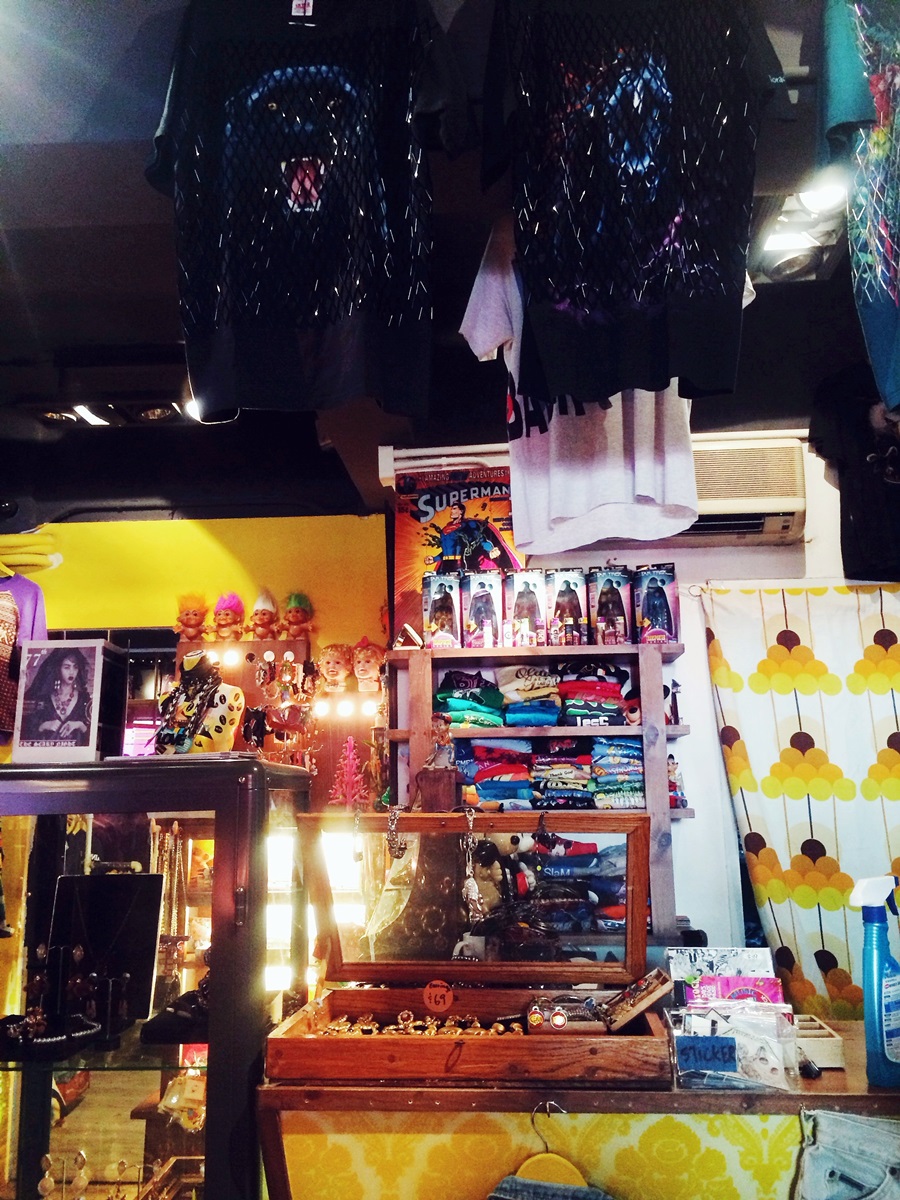 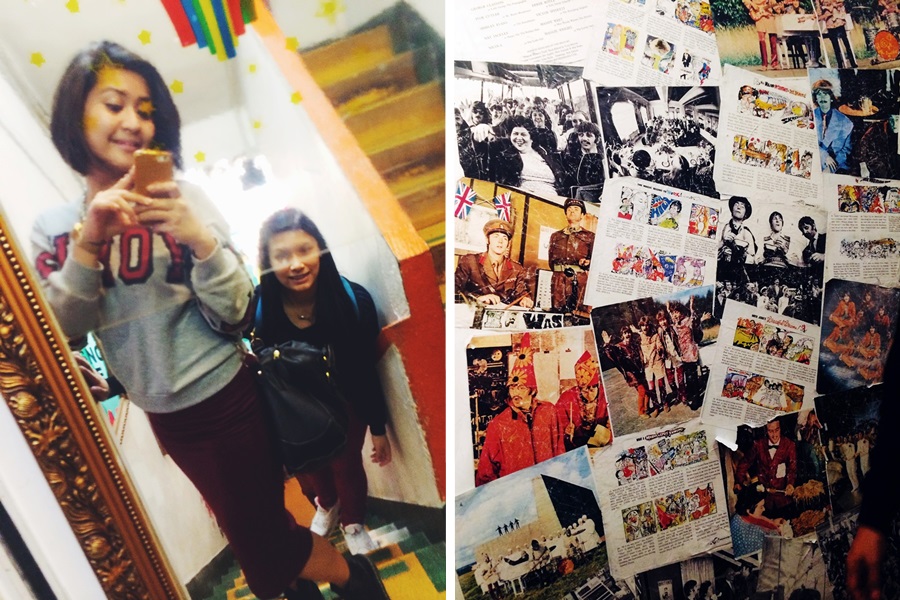 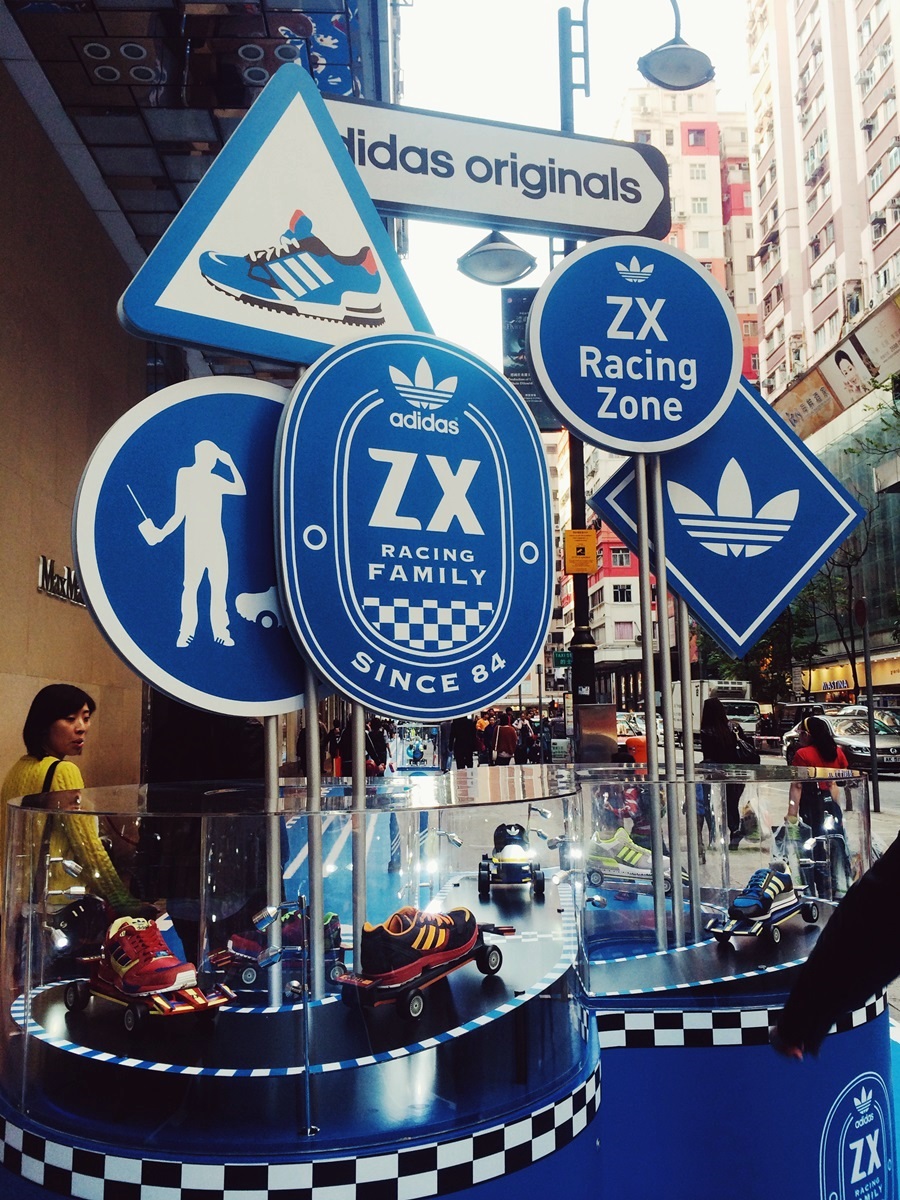 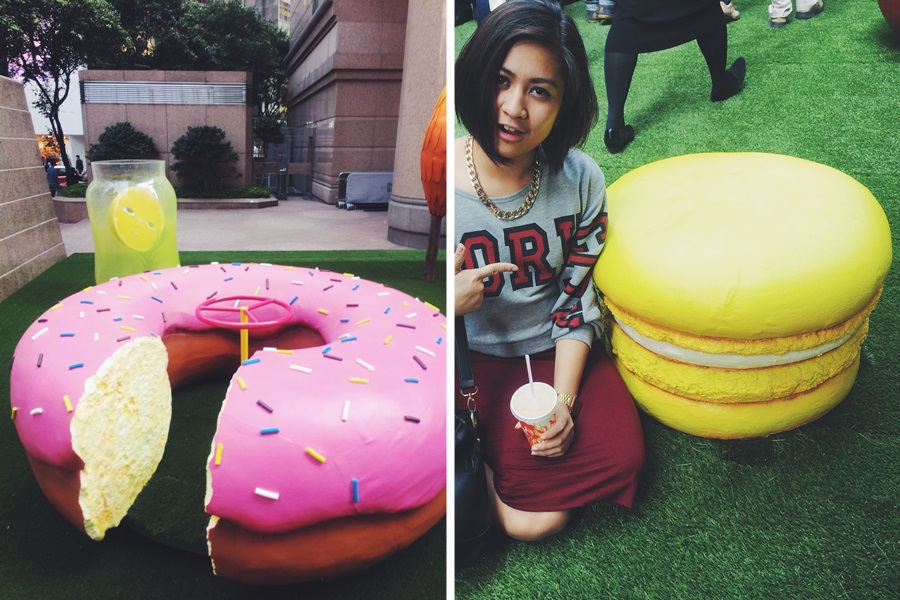 After a week of being impractically unproductive under the beautiful sunny days we've been having, I remain still... unbelievably unproductive. Work has, for the nth time, made me exhausted, rendering me useless to do much of anything else. And I'm supposed to be shooting under the blue skies but... Oh well. No matter. It's probably time I show you some of the iPhone snapshots I took while in Causeway Bay last weekend - randomness, selfies and all that.

Personally, I think Causeway Bay, next to Mongkok, is the most vibrant place in Hong Kong. Here, one can always find pop-up stores and art displays, especially at Hysan Place and Times Square where, at the moment, it was all about gigantic sweets - nothing short of amusement. But besides, I also think that Causeway has so much hidden gems and treasures waiting to be discovered if you know where to look. I had that quite proven this time around because, while our main purpose of visit here is the Forever 21 flagship store and a quick look-around at Labs Concept, we took to explore a little bit too.

Retrostone is one of the little vintage treasure coves we discovered (in a hunt lead by Penguin). They had every kind of vintage denims - from ripped, washed-out, to boxy - and bands tees that you could wish for, plus accessories, posters, and reconstructed pieces that inevitably caught my attention. The price, of course, is ridiculous... but given they come authentically, truly, from what era they're supposed to, it's up to you to justify. That said, I wasn't prepared to splurge on vintage that day (and neither at American Apparel)... so I didn't. But I do plan on returning some other time which, until then, I will keep you posted.

The remaining time we had was spent window shopping slash lounging at Ikea (yes, I find this entertaining too - it's always refreshing to look at interiors and taking inspiration from them). After that, it was time to go back to Central for dinner.

And that's pretty much it.

Anyway,  I should start getting productive. Bisous!