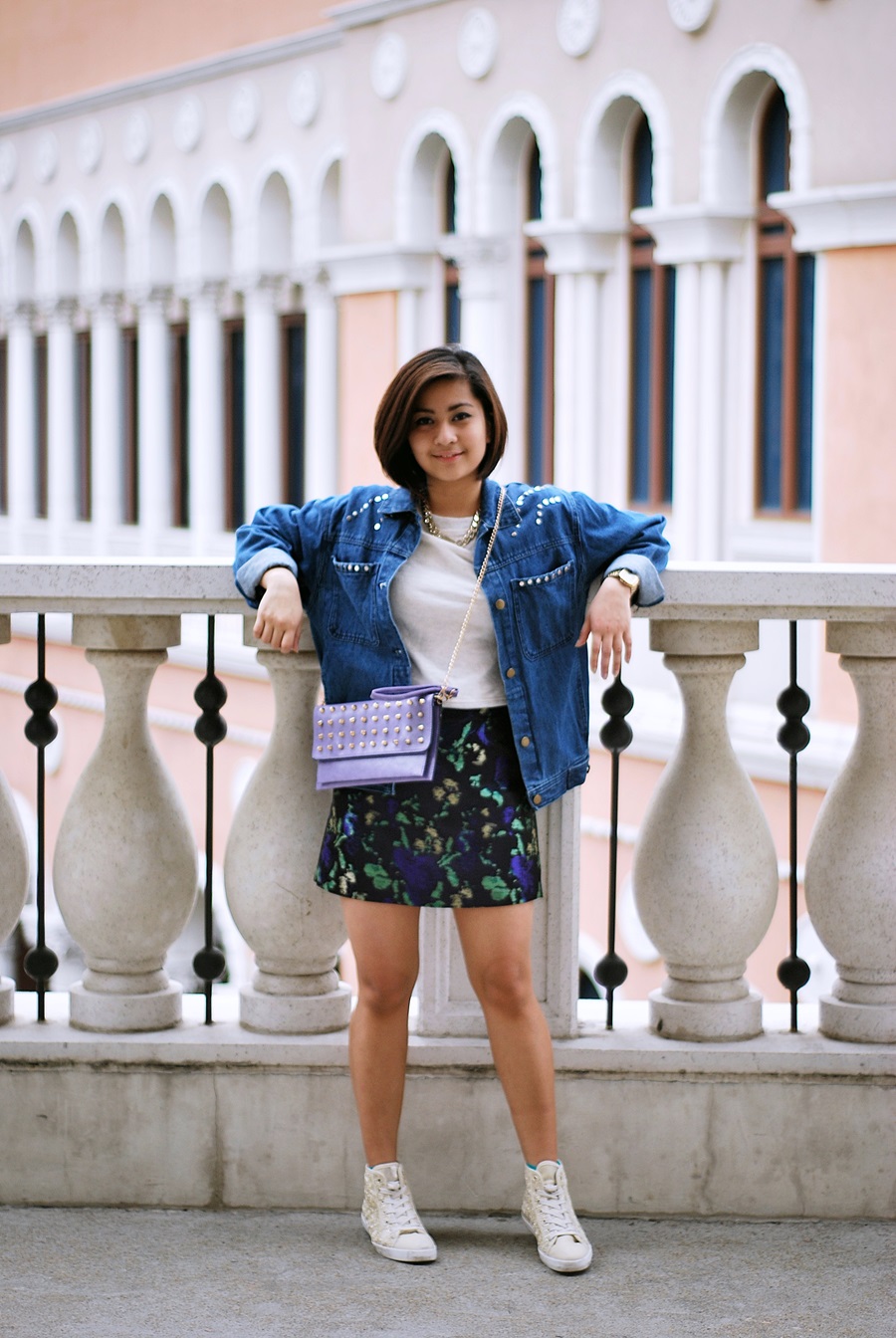 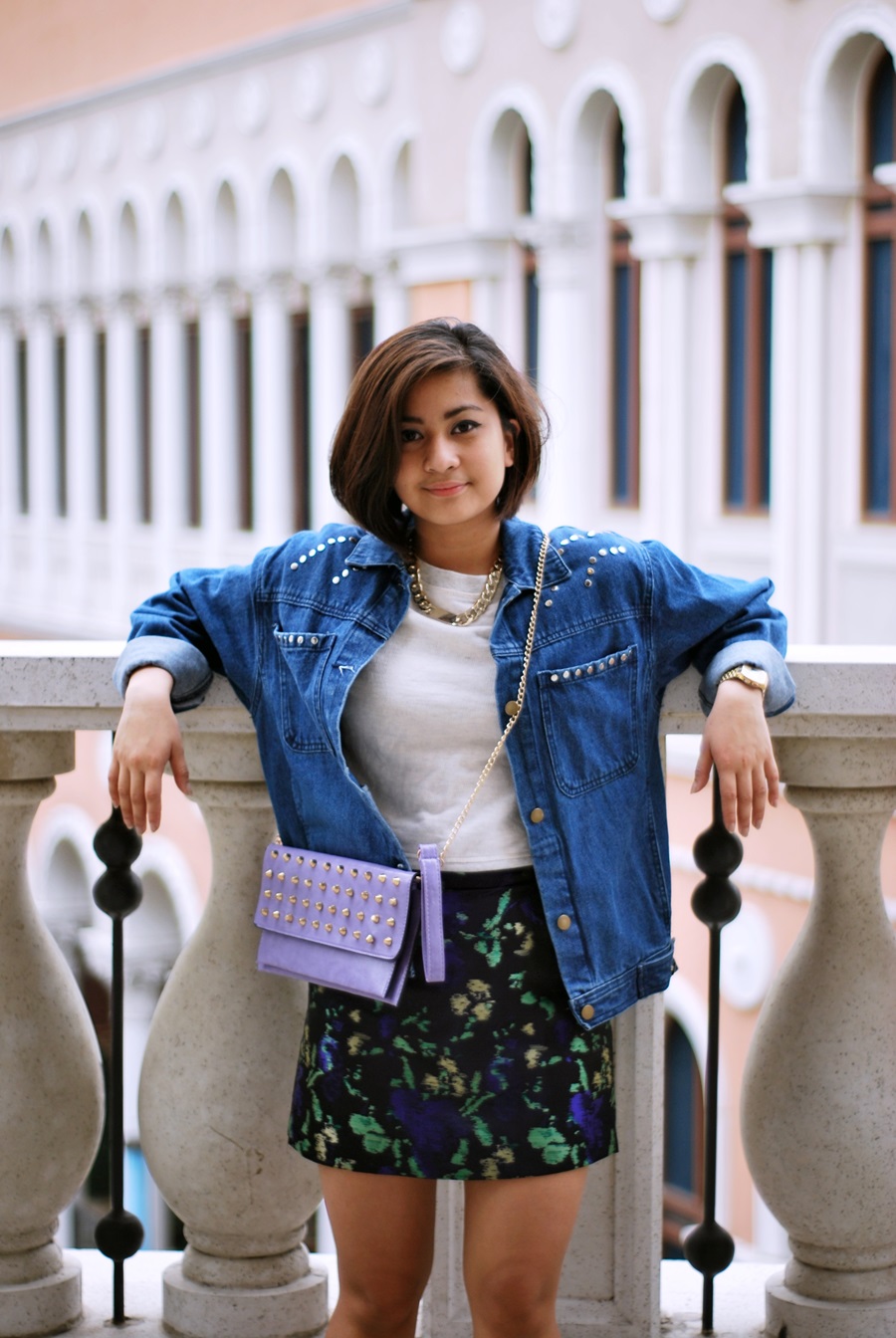 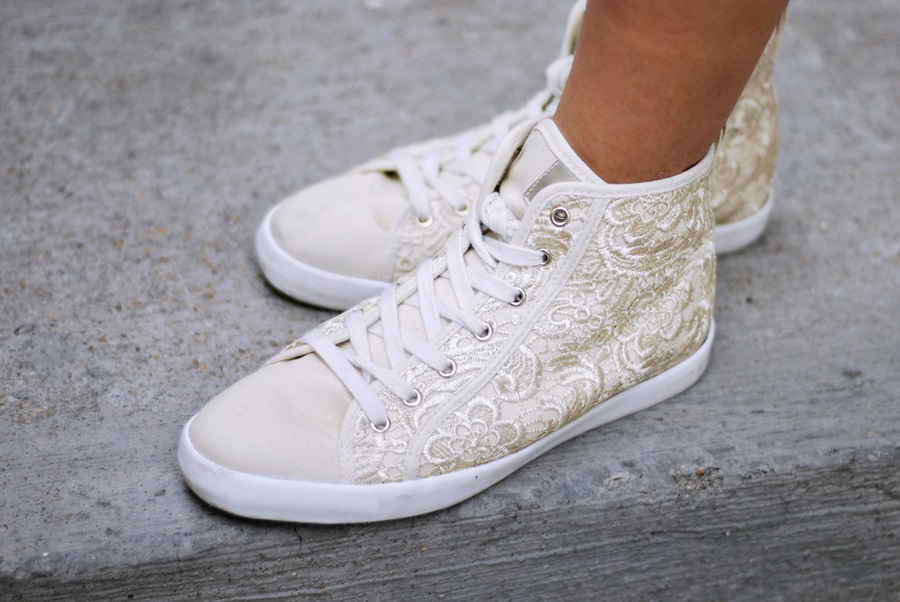 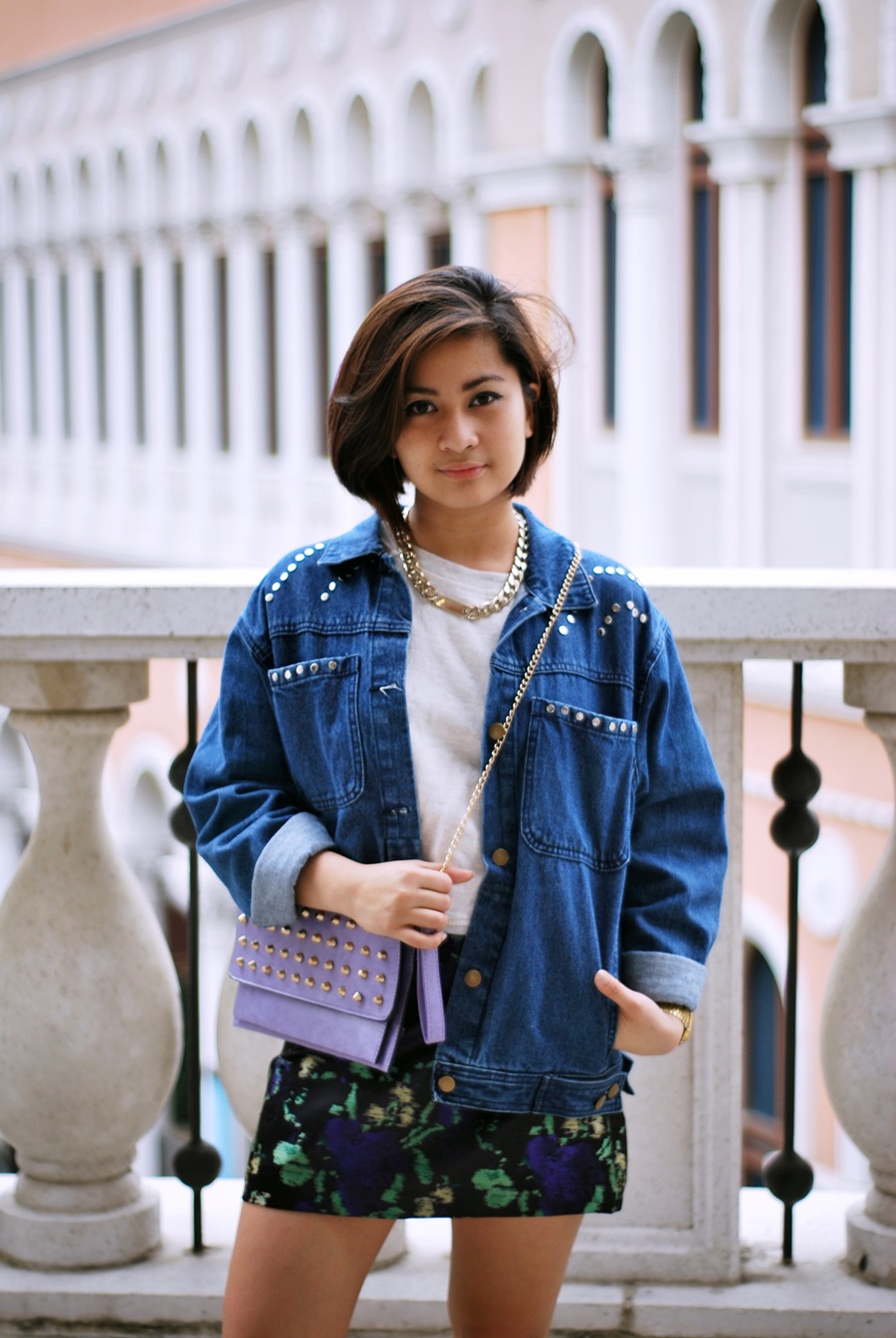 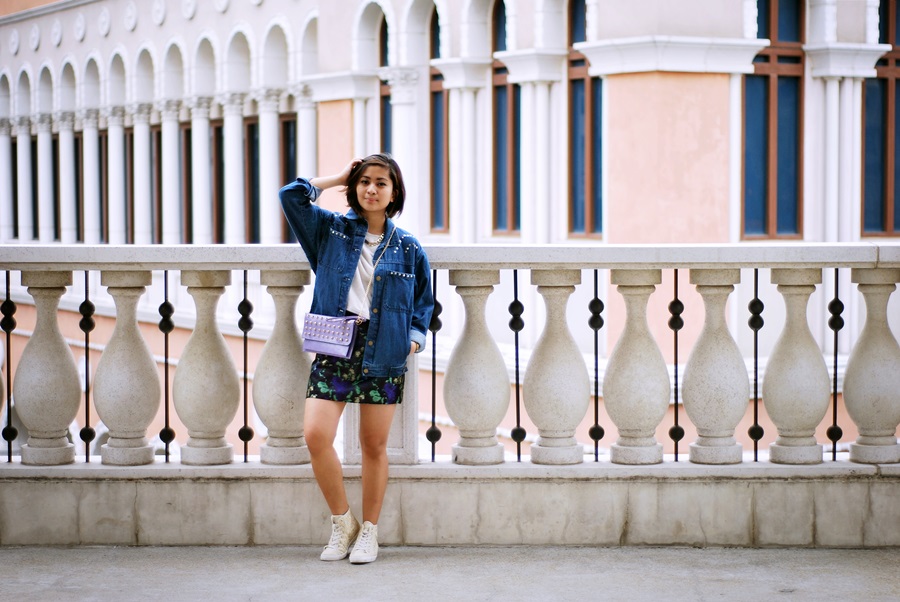 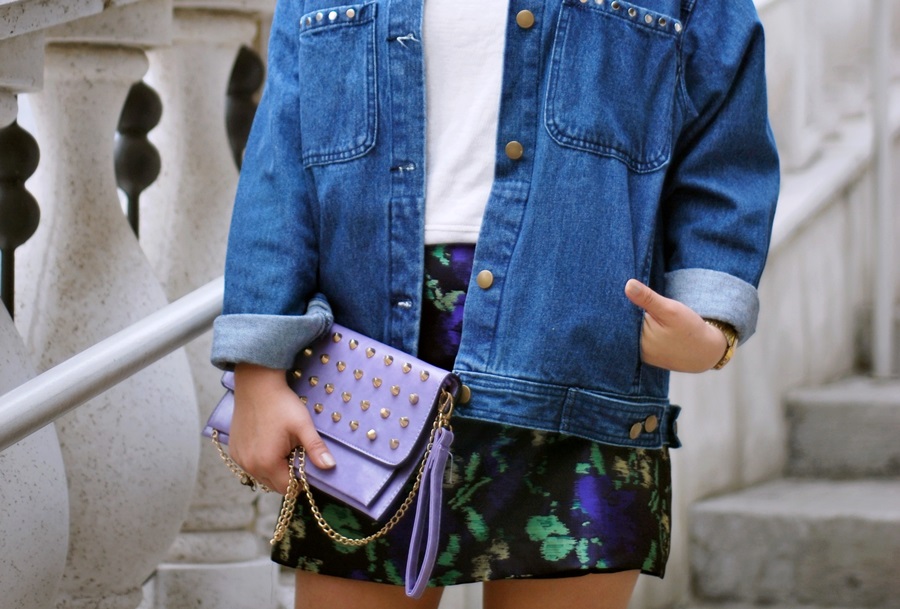 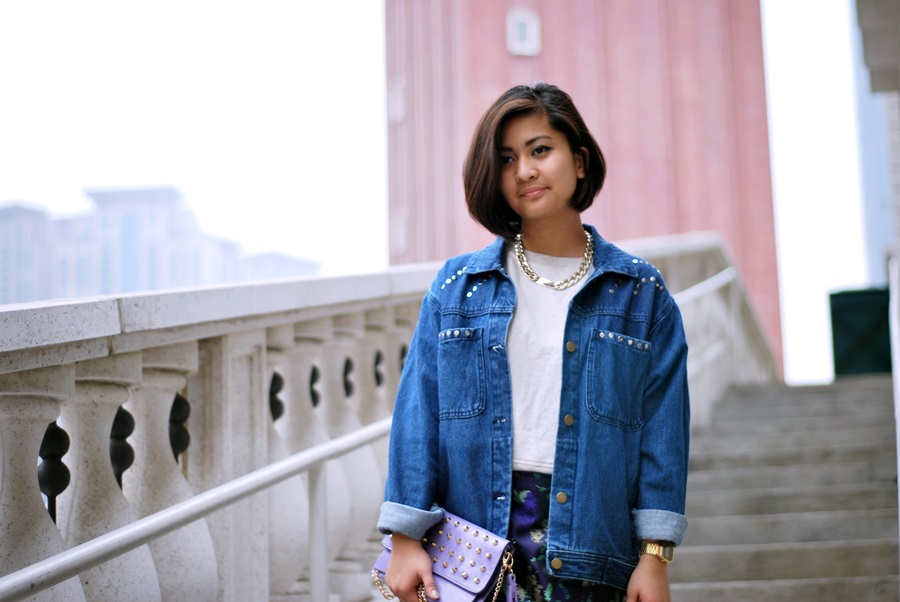 I was never the Converse type of girl despite my effortless-cool style persona. Not that I didn't own a pair or two in my alien years as a teen but I often resorted to Vans. This G by Guess pair by far is the closest I ever got to the classic Chucks which, now I'm clueless as to why since off-white sneakers paired with a boxy denim jacket embodies true 90's retro style. And to say that I have a penchant for this era's movement and not own at least the very basics? Yes, eye-rolls... go ahead and judge. I'm guilty as ashamed.

Despite a little chill late in the evenings and the early mornings that I get up for work, it's safe to say that Spring has just about sprung. Am I excited? Definitely yes! First two days and already I was blatantly exposing my legs in minis and short shorts. Of course, I won't be fully content until the sun is high up in the skies, beautifying everything beneath it. But for now, this weather is rubbing off on me the right way that I don't dare complain. Touché?

Here's to even brighter days!