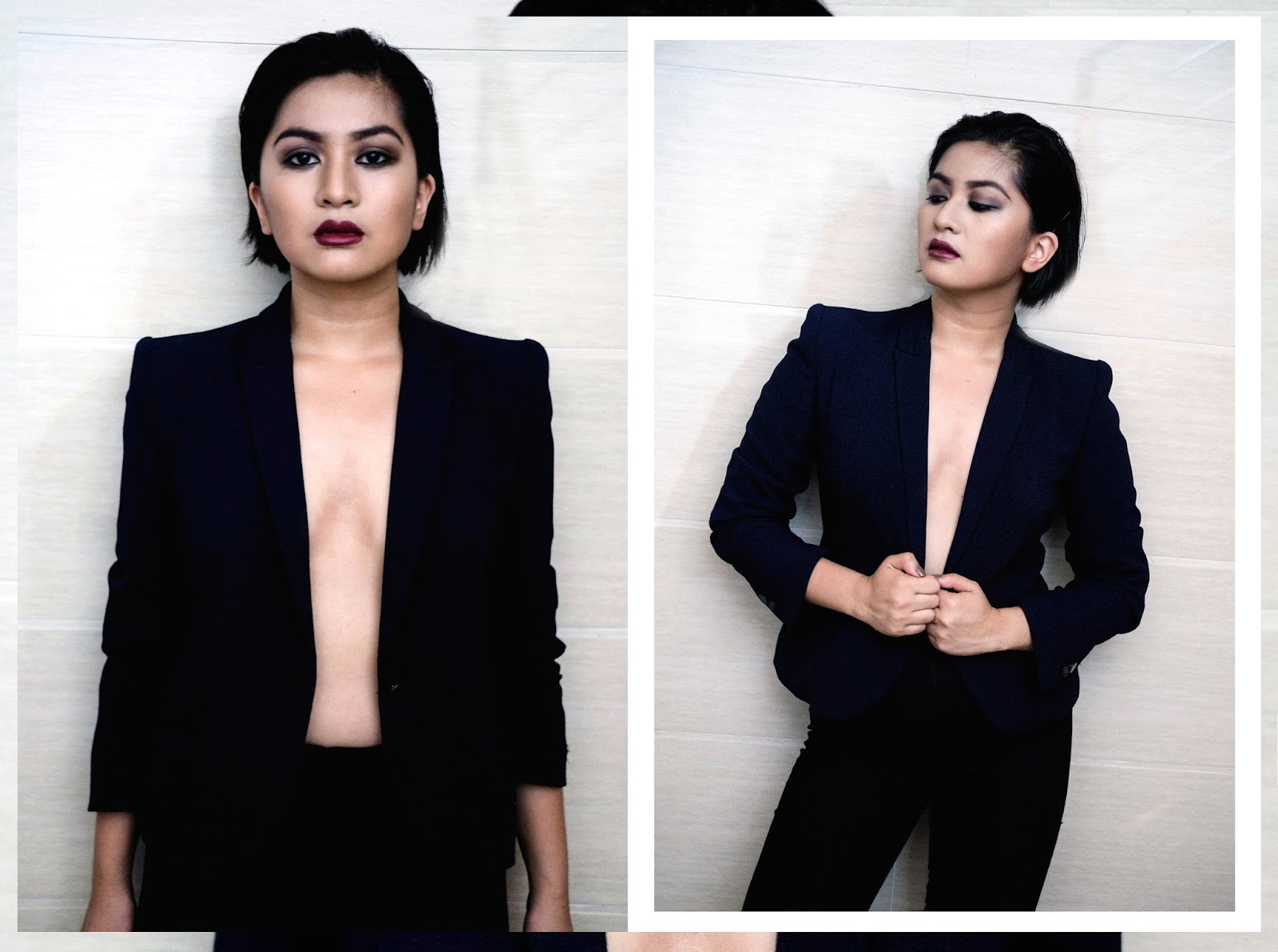 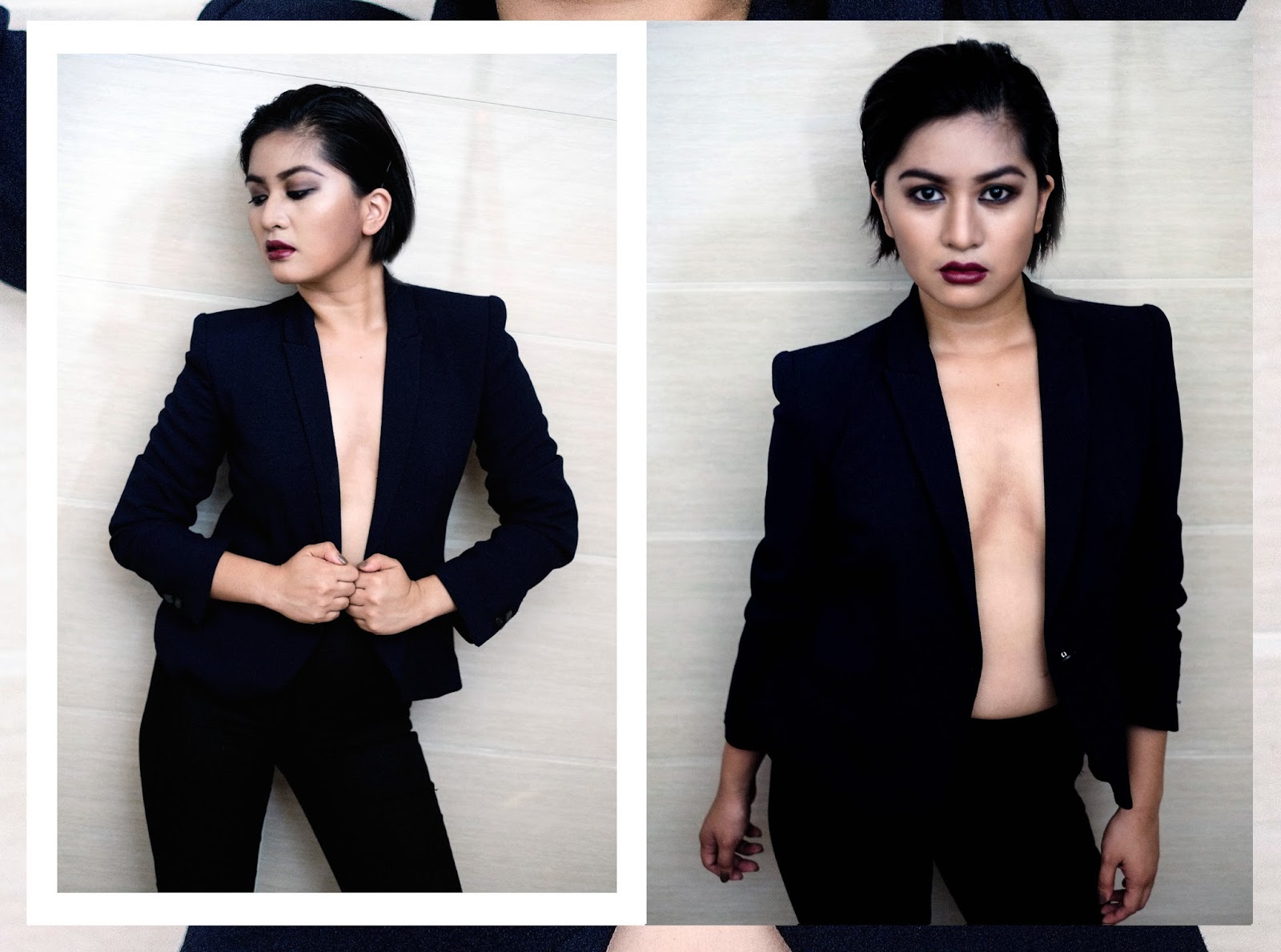 Make up and photo by Ivan Castillejos

I've always been huge a fan of menswear-inspired pieces incorporated in a woman's daily ensemble. It gives me this notion that the more a woman hides her femininity though a man's garb, the more she exudes her natural state of sexiness. I for one am not the sensual type. But the less I worry about looking all too ladylike, the more I am able to bring out my inner goddess.

In support of equality and breaking the norms of society, my friend, Ivan - a very talented make-up artist who you might remember from this post, and I did a collaboration to recreate a look that is generally referred to as the androgynous woman; strong, powerful, masculine, yet sexy in so many levels; a woman who hustles yet subtle; a woman who isn't afraid to step into a man's shoe and work it.

Generally speaking androgyny can always be summed up to a combination of male and female characteristics, but clearly there's more to it than breaking the boundary between gender definitions. It allows people to breakaway from society's definition of acceptable. Women can walk and talk like men and still be considered beautiful. Men can dress like women and still be considered manly. Androgyny encourages us to embrace the unconventional and create the best versions of ourselves.