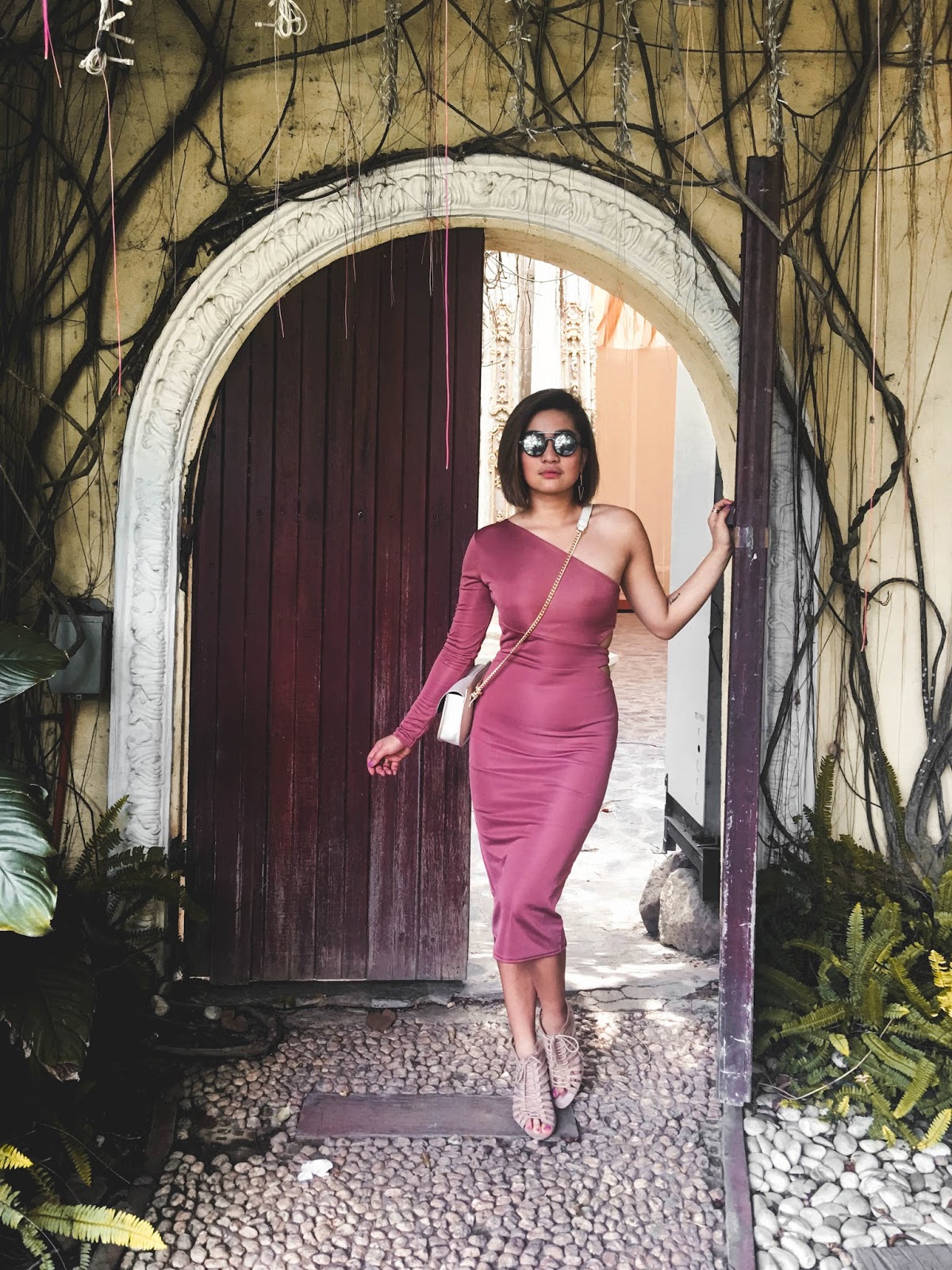 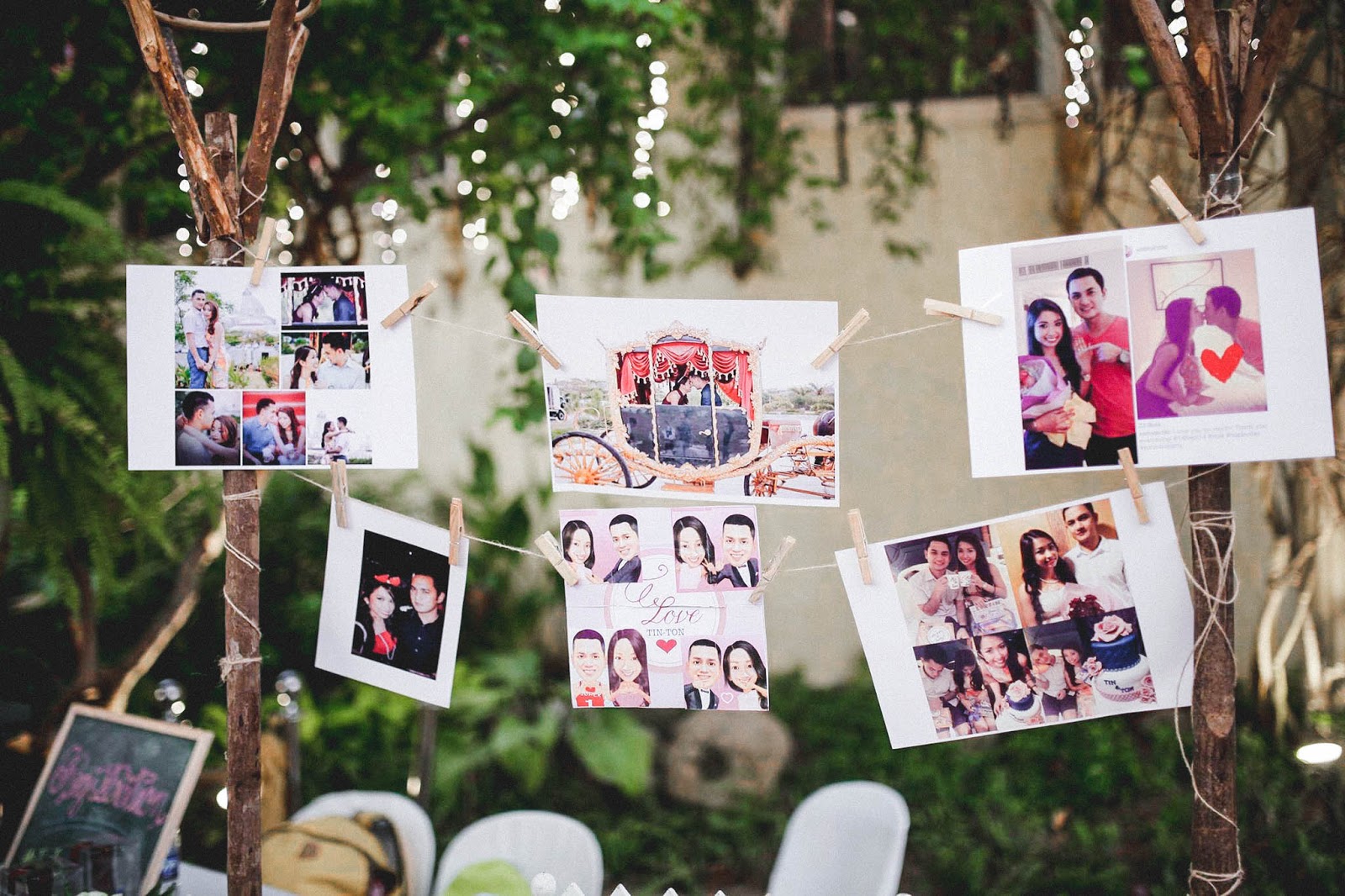 For someone like me who push away the idea of getting married as much as possible, I didn't expect how attending an actual wedding ceremony, one of my oldest, childhood friends' no less, can give me goosebumps and make me realize that I actually want it. Of course, not at the moment. But someday soon.


The truth is, I was enthralled. The moment I got off our ride and set foot on the venue, the first words I uttered were "It's so beautiful!". We were greeted by lush greens and vines creeping against gold painted arches and dusty pastel walls that makes up what is known as Palazzo Verde. Parked at the entry-way was a renaissance-looking carriage, painted in and gold and covered in lush velvet drapery. Across it was the walkway where a red carpet was laid out, leading to what seemed like the main hall. Above it all were sun rays peeking through tinted glass roofs.

We came in a little too early, having misunderstood the instructions from the bride. But seeing how the venue was and having it all to ourselves, we took the moment to take photos and just consume all of its beauty. Unfortunately I didn't have the mind to bring a decent camera that day because I couldn't fit it in my bag. Stupid girl. I was left with two iPhones but with dying batteries. Just my luck. 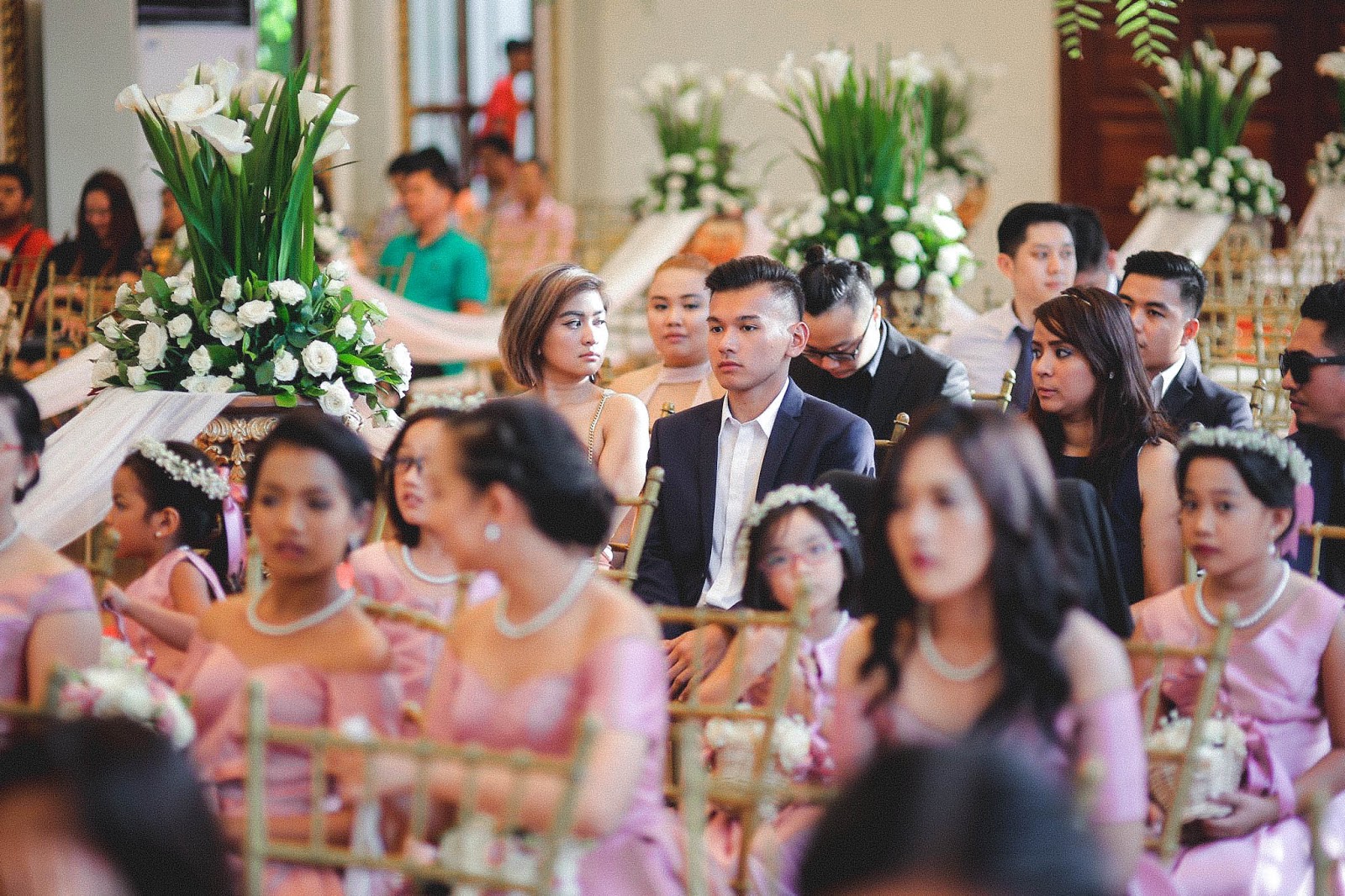 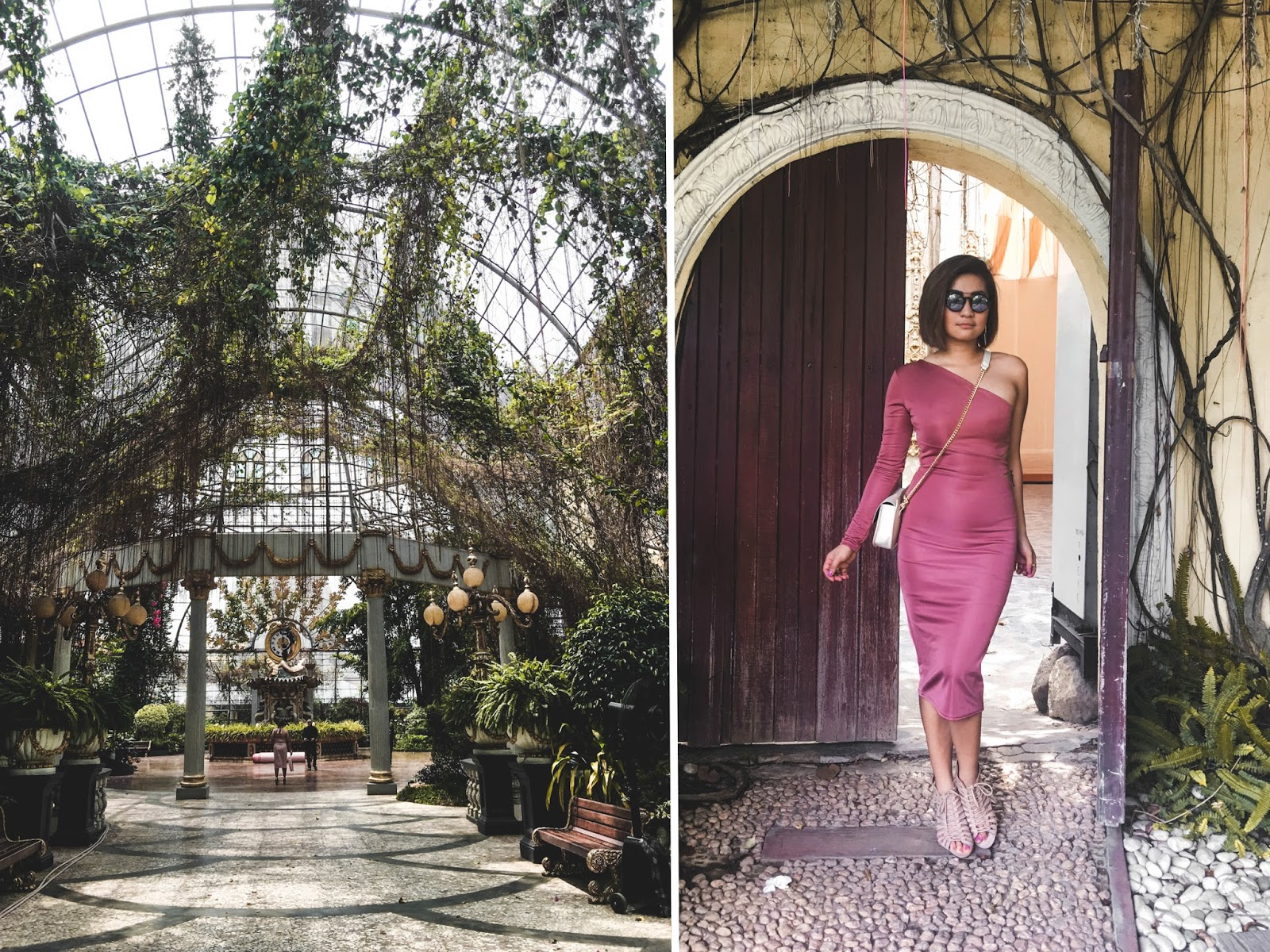 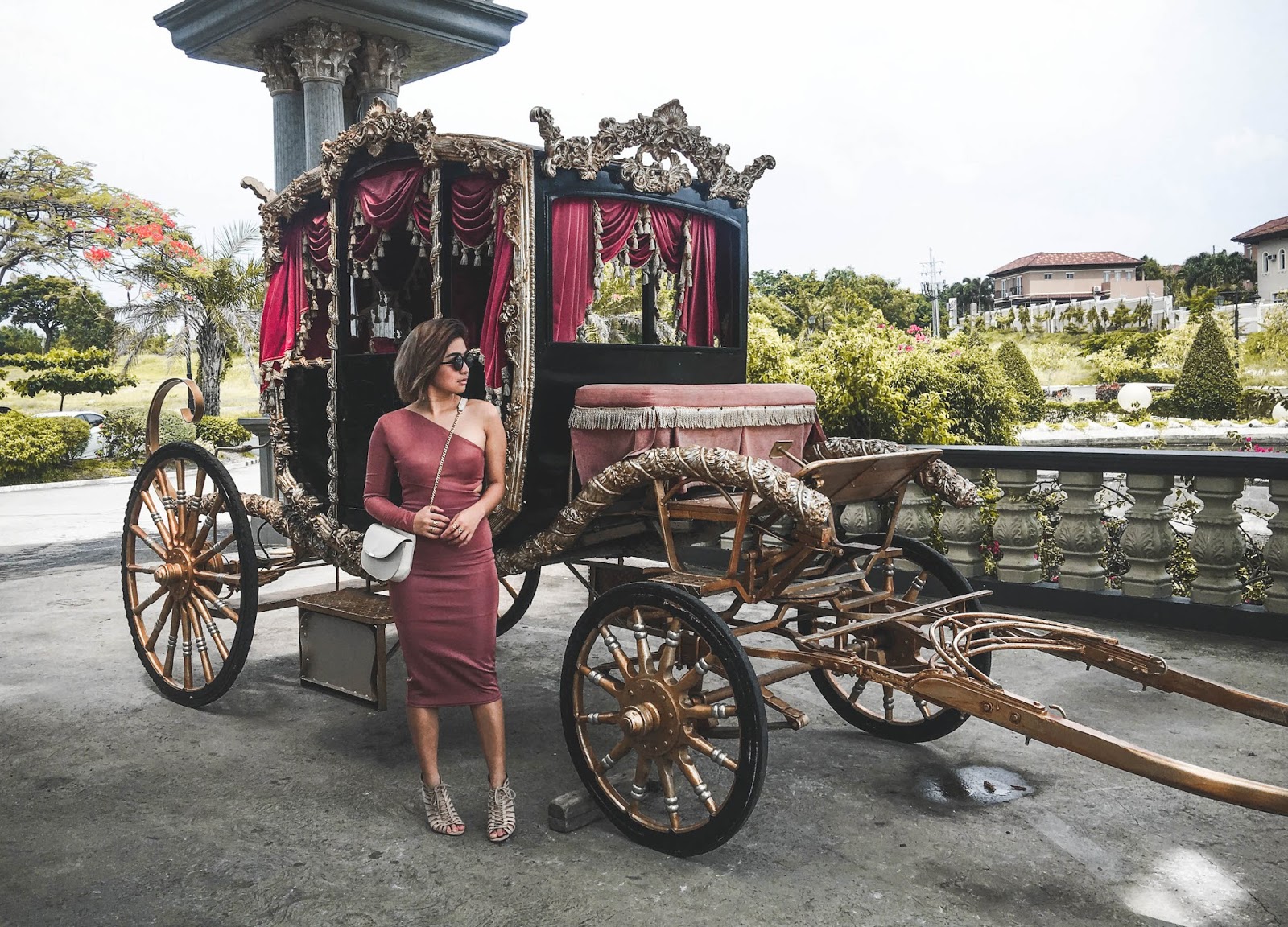 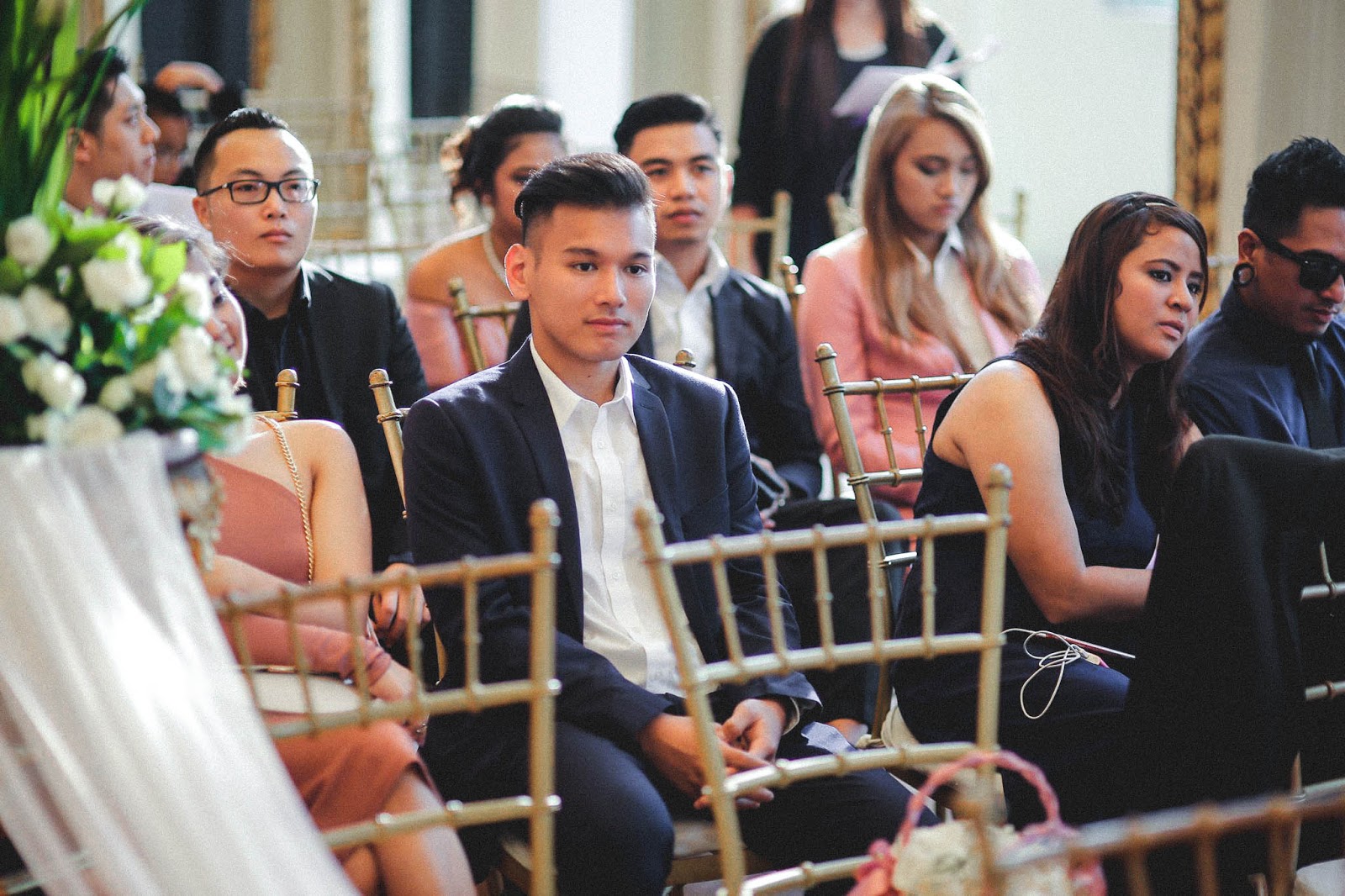 The church rites was set to begin at 5:00 and soon we found ourselves inside a quaint chapel located a few steps up above the main hall, decorated with lots of flowers and more gold, with the rest of the gang who made the trip from Macau to Manila just the night before. Clad in all pink, we made our way to our seats to witness a very magical moment that we would only realize then and there.

A few tearful notes, sermon on love, and oohing and aahing later, we were up on our feet, clustered by the little chapel's exit, picked flower petals on hand, we were ready to let the newlyweds go out to the world as a married couple. 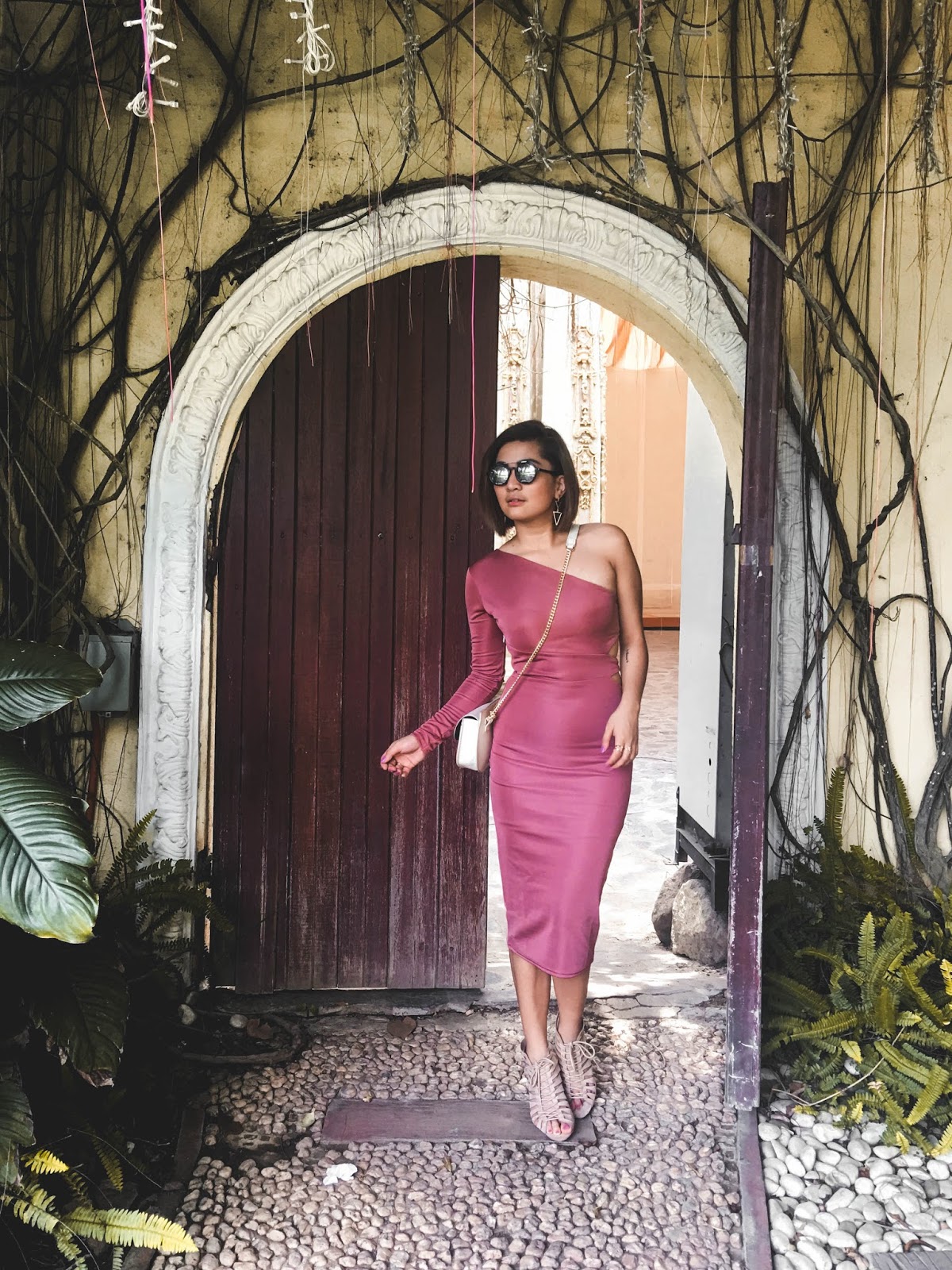 Reception followed in a banquet hall located next to the main hall. Right at the entrance of the banquet hall was a photo booth where guests can pose and have their photos taken as a souvenir for of the night. More vines greet us as we approach the hall doors. A band started playing just as guests started moving from the chapel to the hall, filling up every table fully decorated in the wedding's theme colors. It's a garden party set at night and just such a beautiful sight.

The organizer had a whole program planned out for the night, from the entry of the bride and groom, special performances, and wedding traditions made modern. Penguin and I event got called out to play a game that was somewhat awkward. I'm thankful that we didn't win that game because it could have resulted in some embarrassing moments (hint: the part where the groom passes on the garter to another man and you know what comes after).

I can't recall a single moment where I wasn't entertained; smiling and laughing; taking pictures and recording video clips to capture the most perfect moments. Long story short, it was such an amazing time and am so glad to have been a part of it all. 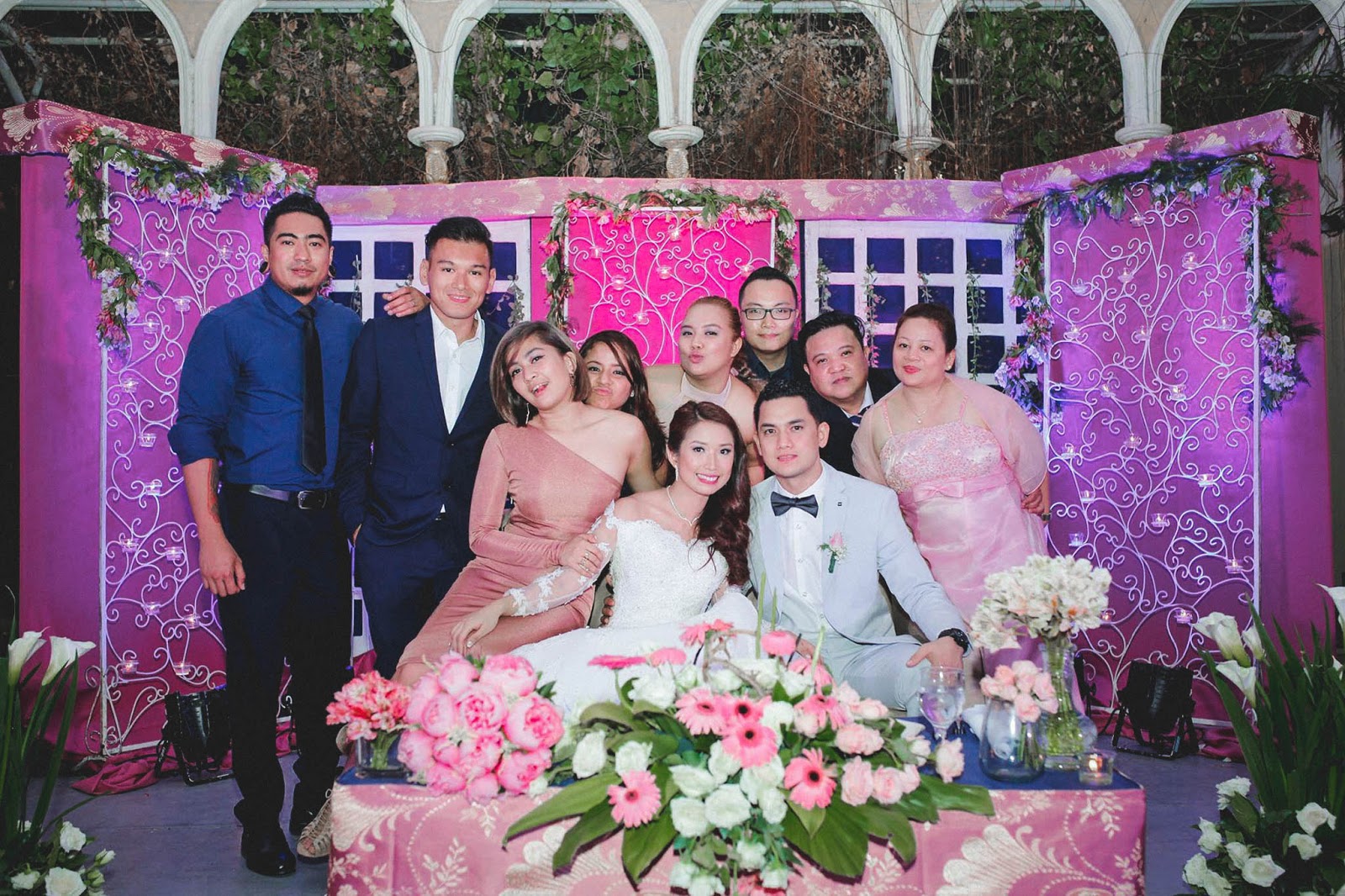 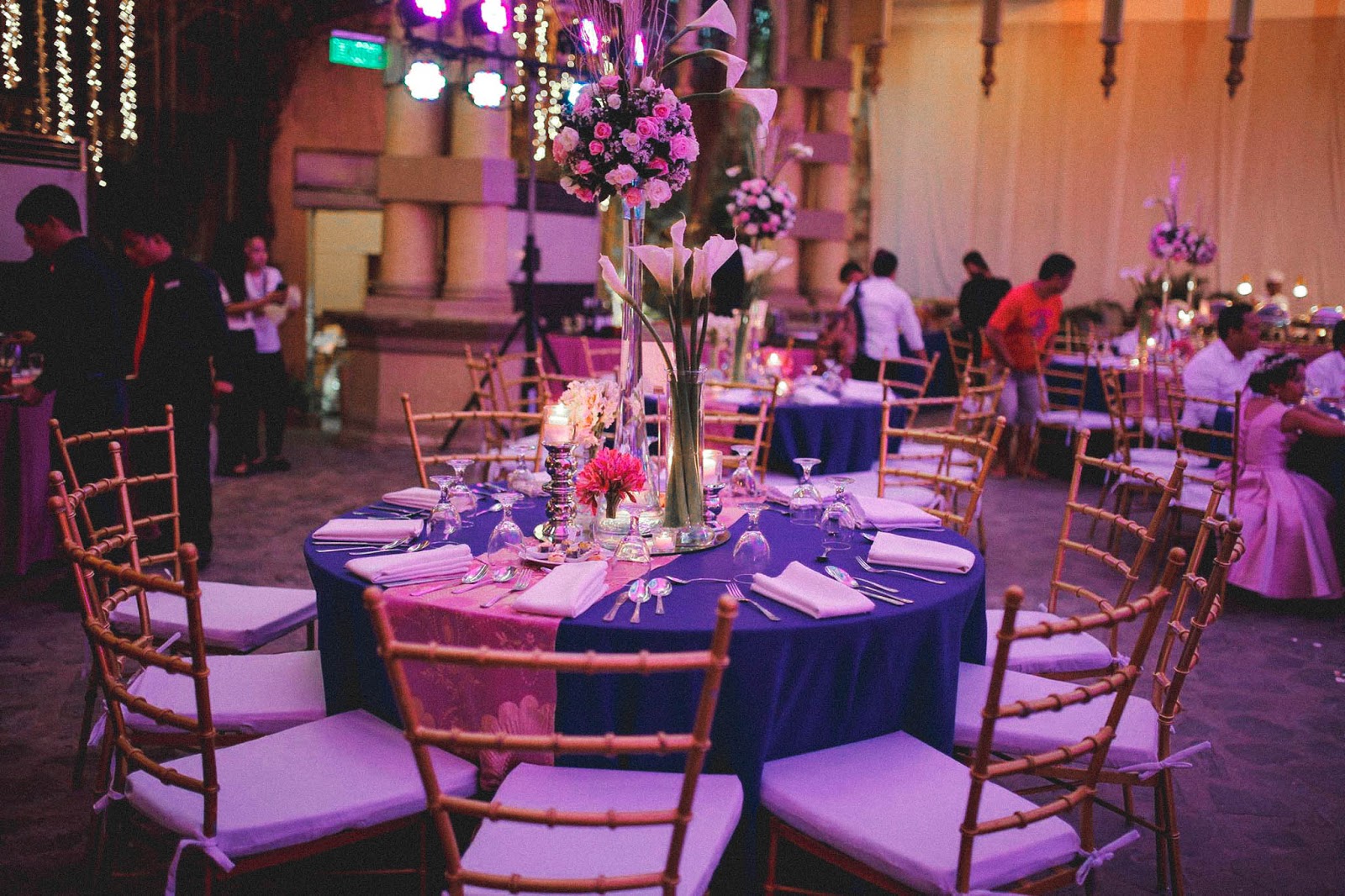 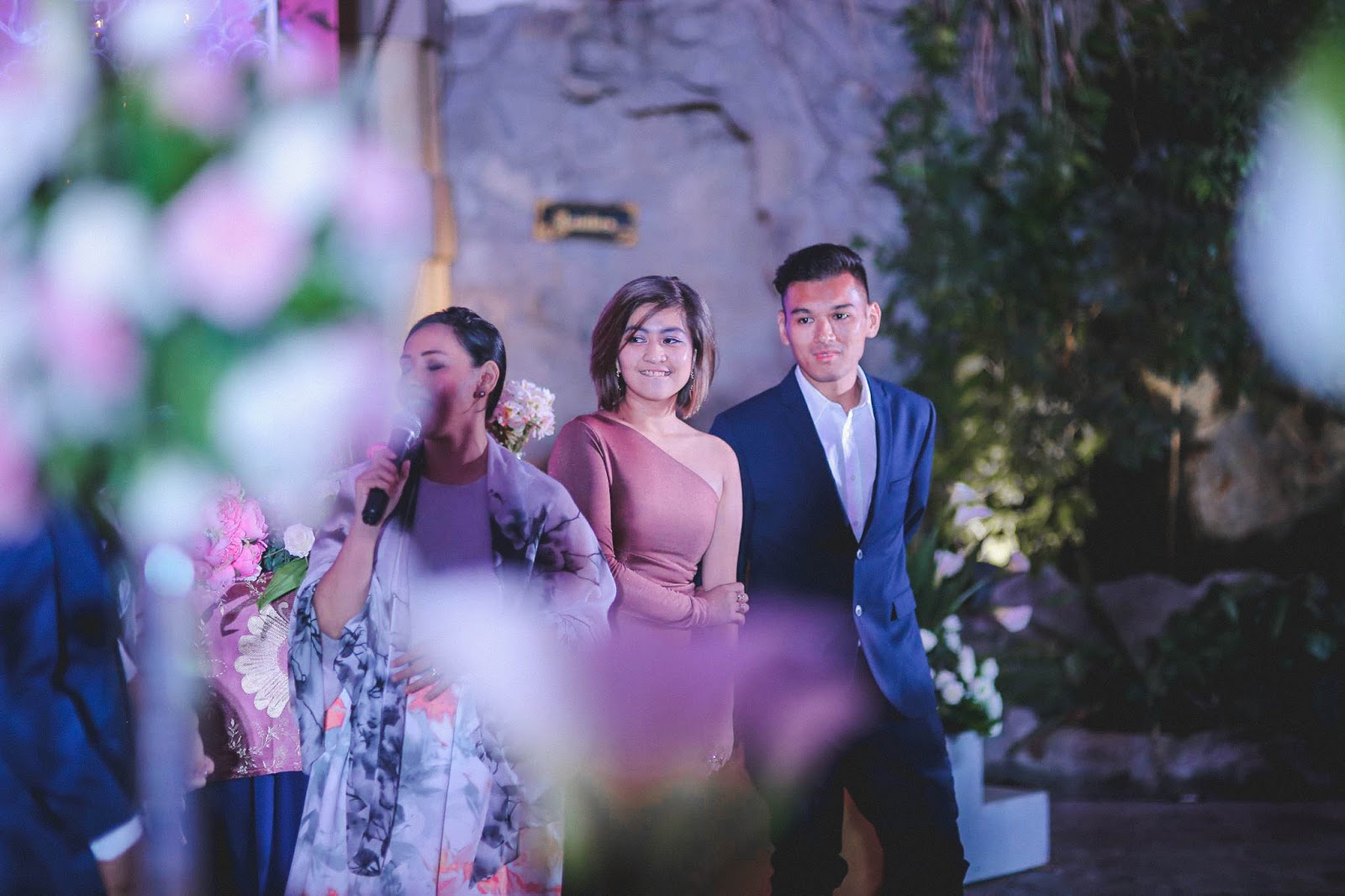 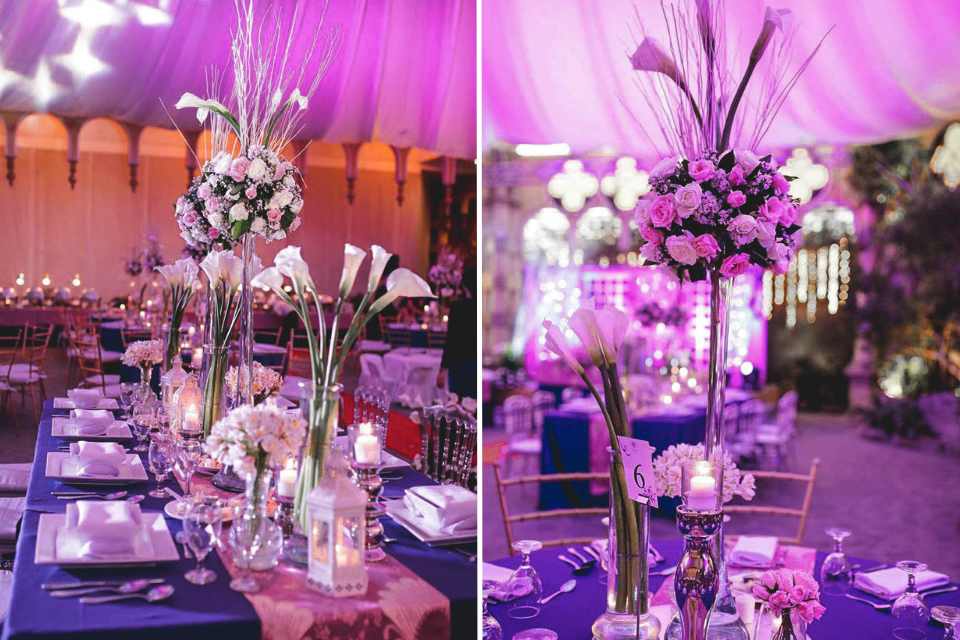 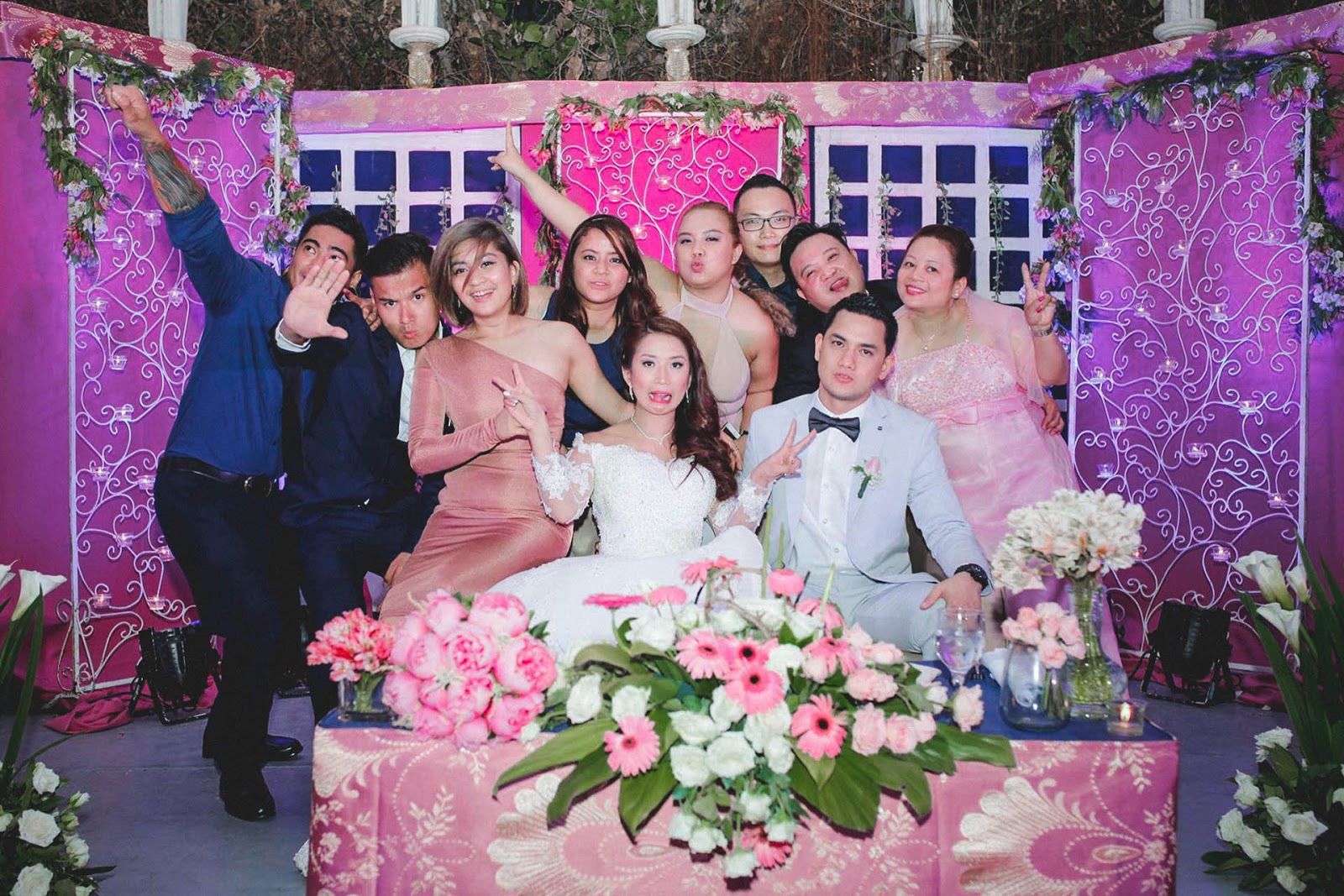 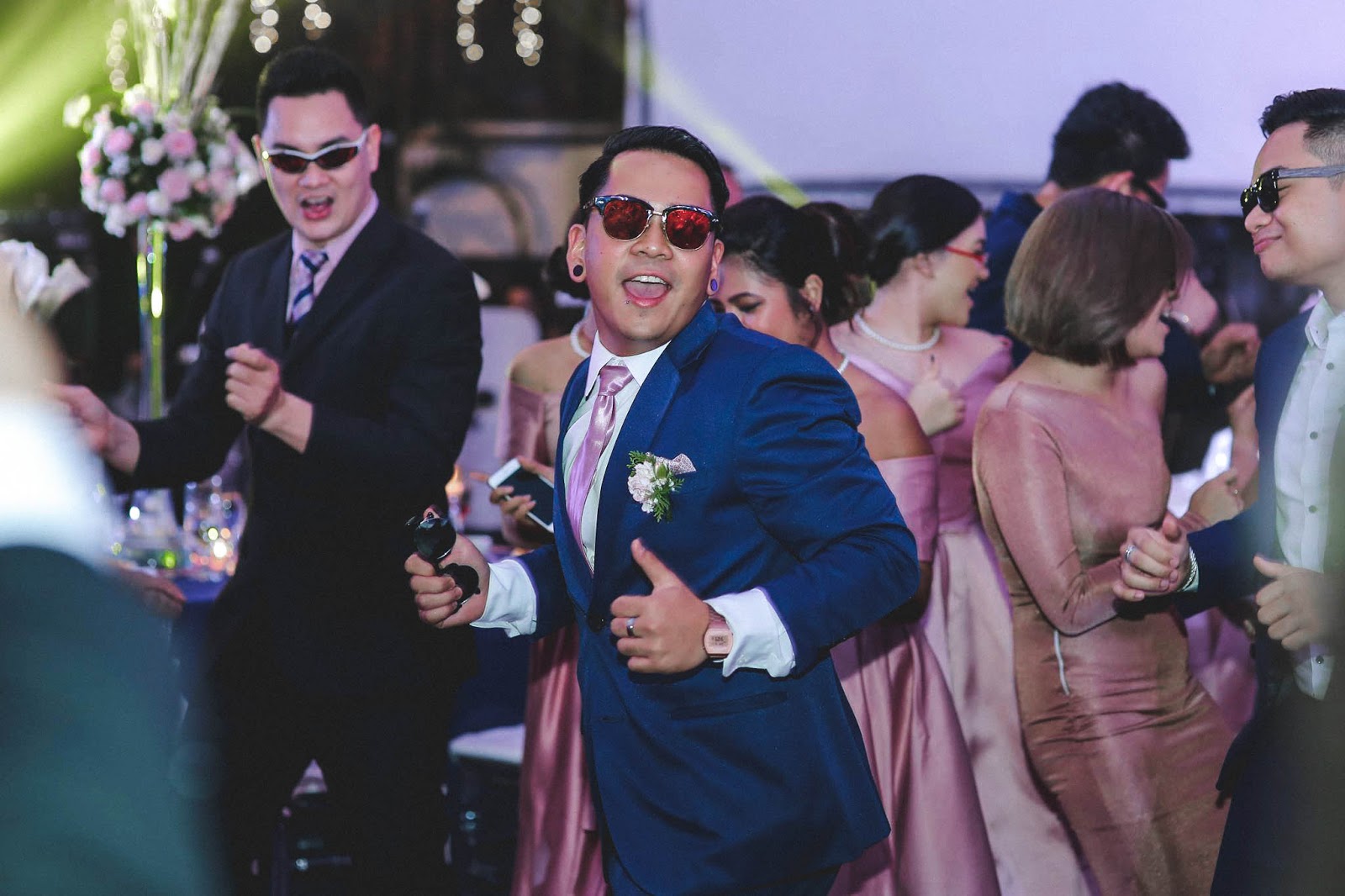 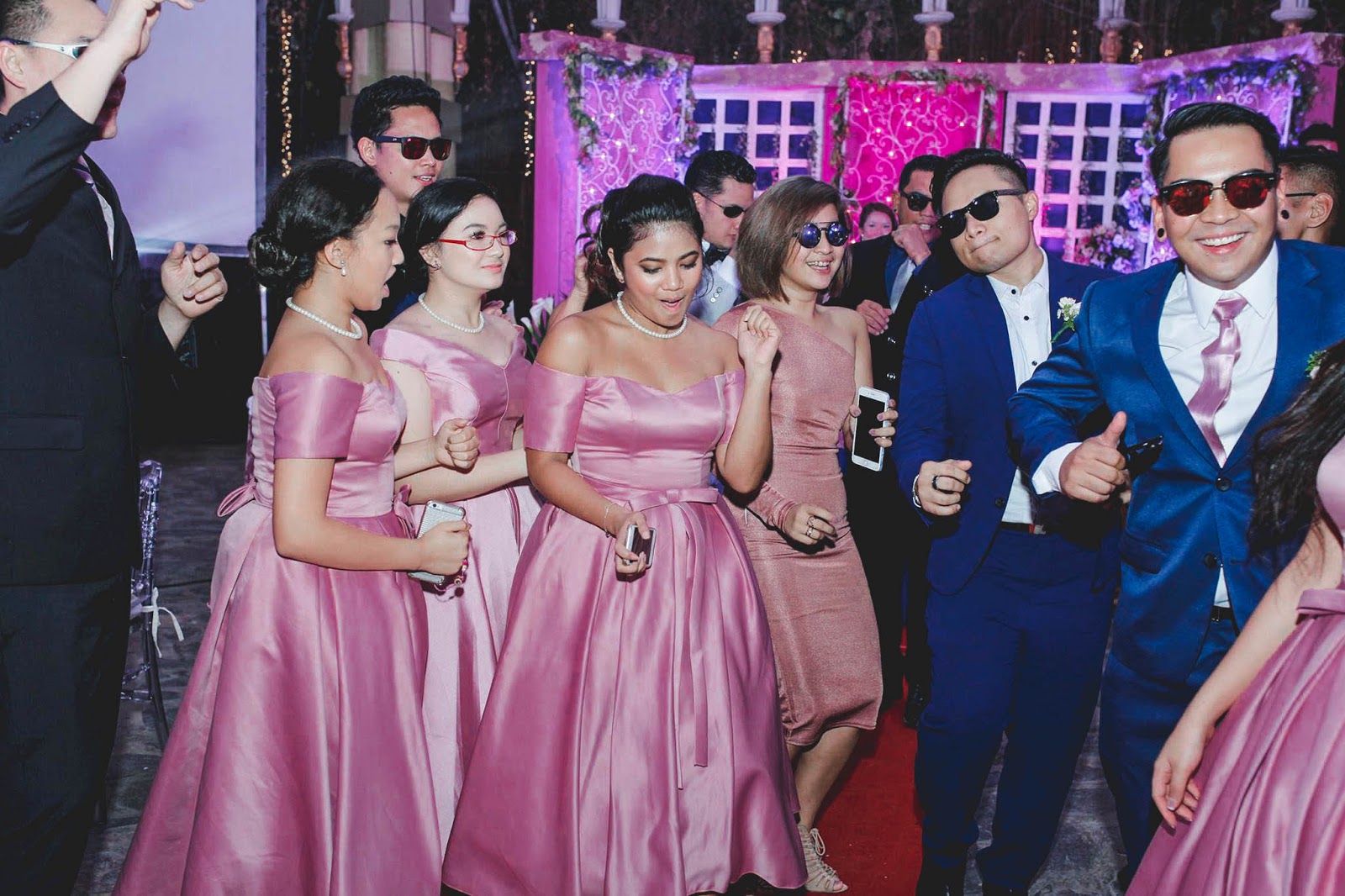 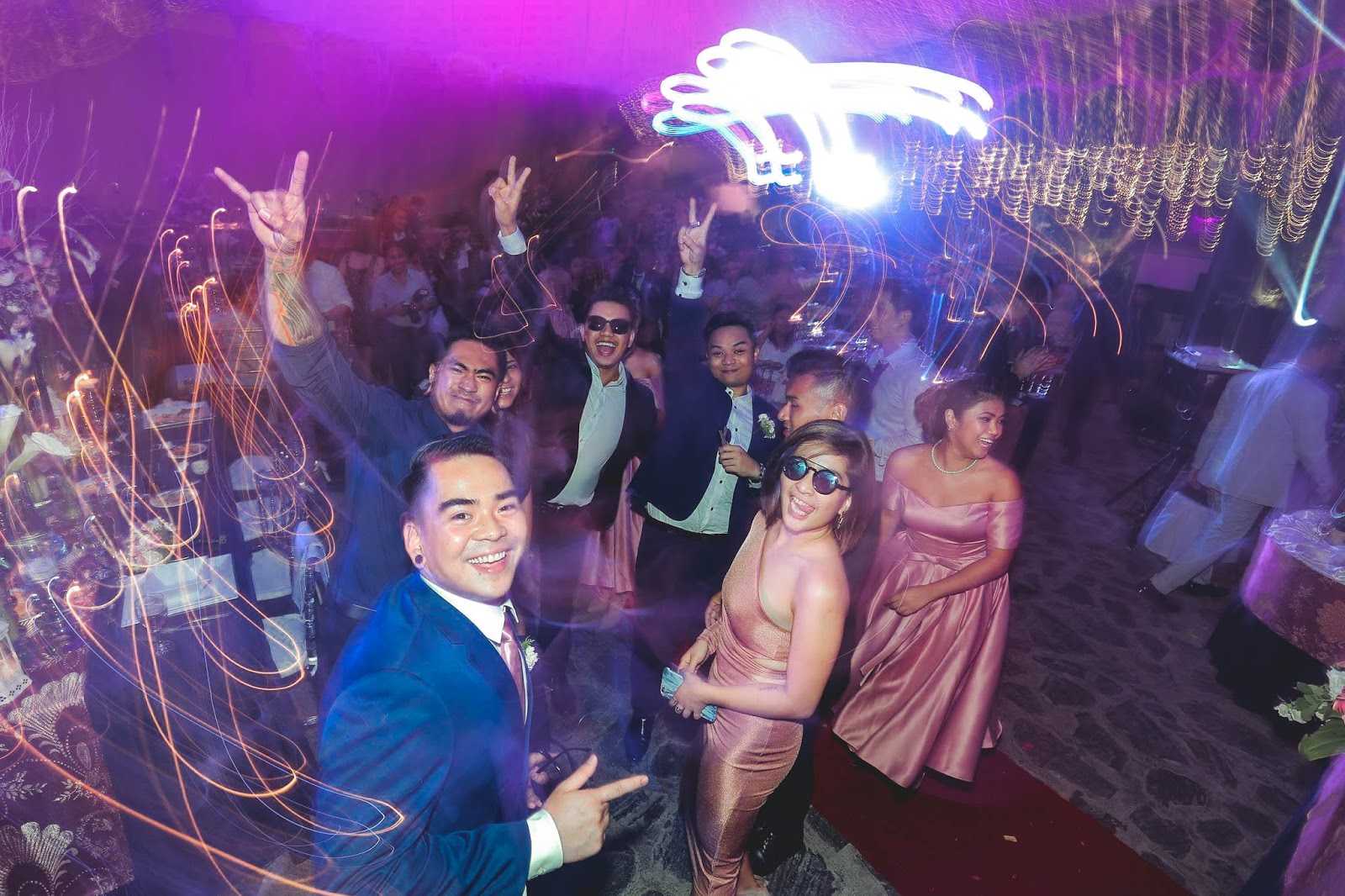 The elaborate ceremony almost past eleven in the evening. The gang, having flown from Macau just for the weekend, wanted to do an after-party in the city. But by the time we were able to leave Palazzo Verde, it was already close to midnight and everyone's dead exhausted. Traffic was really bad too, and considering that it would take at most 2 hours to reach Bonifacio Global City, where we had our minds set to party at, it wasn't justifiable. We ended up heading back to our hotel rooms instead.

Chezka and Leon were on the same hotel that Penguin and I were staying at, and so we all decided to change clothes and head out for a quick pick me up and chill by the seaside nearby our hotel. It was the perfect way to end the night. 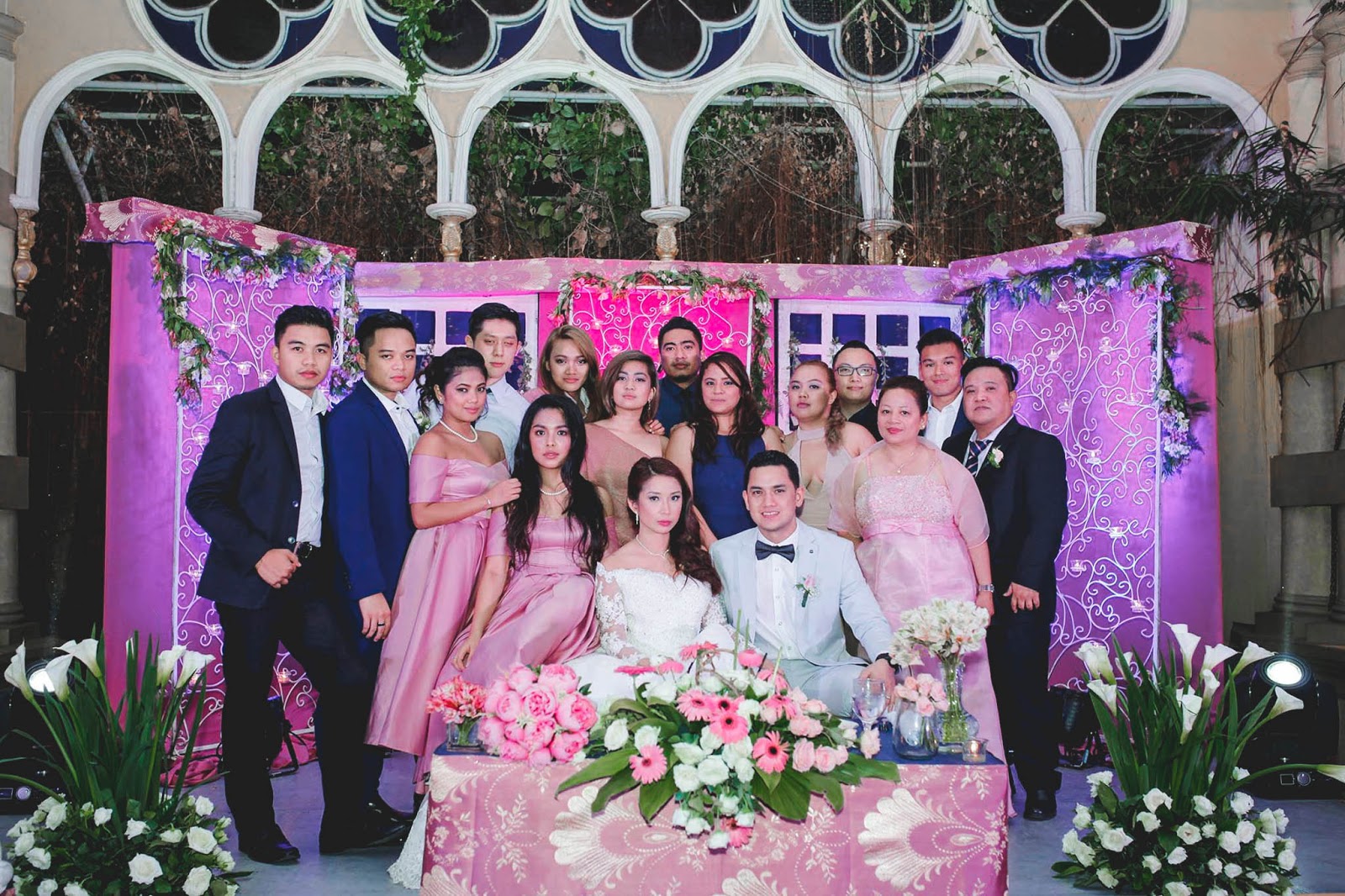 Oh, and I know I mentioned I didn't have a camera with me so yes, some of the photos here were taken with my iPhone, and some were stolen from the official event photographers. Kudos to Red Media, I love the whole coverage that they did.

Photos by yours truly, Pierre Elma, and Red Media.