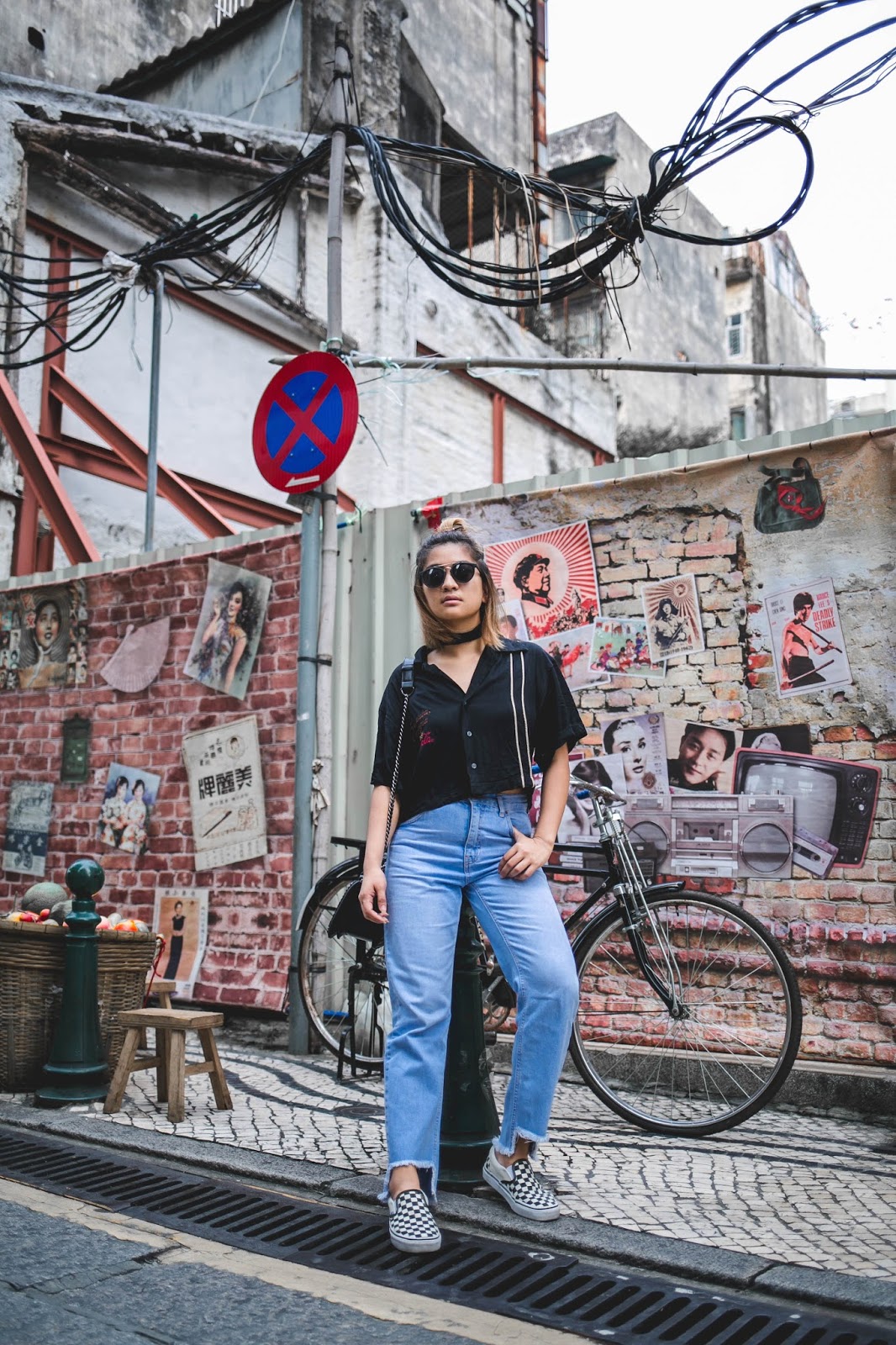 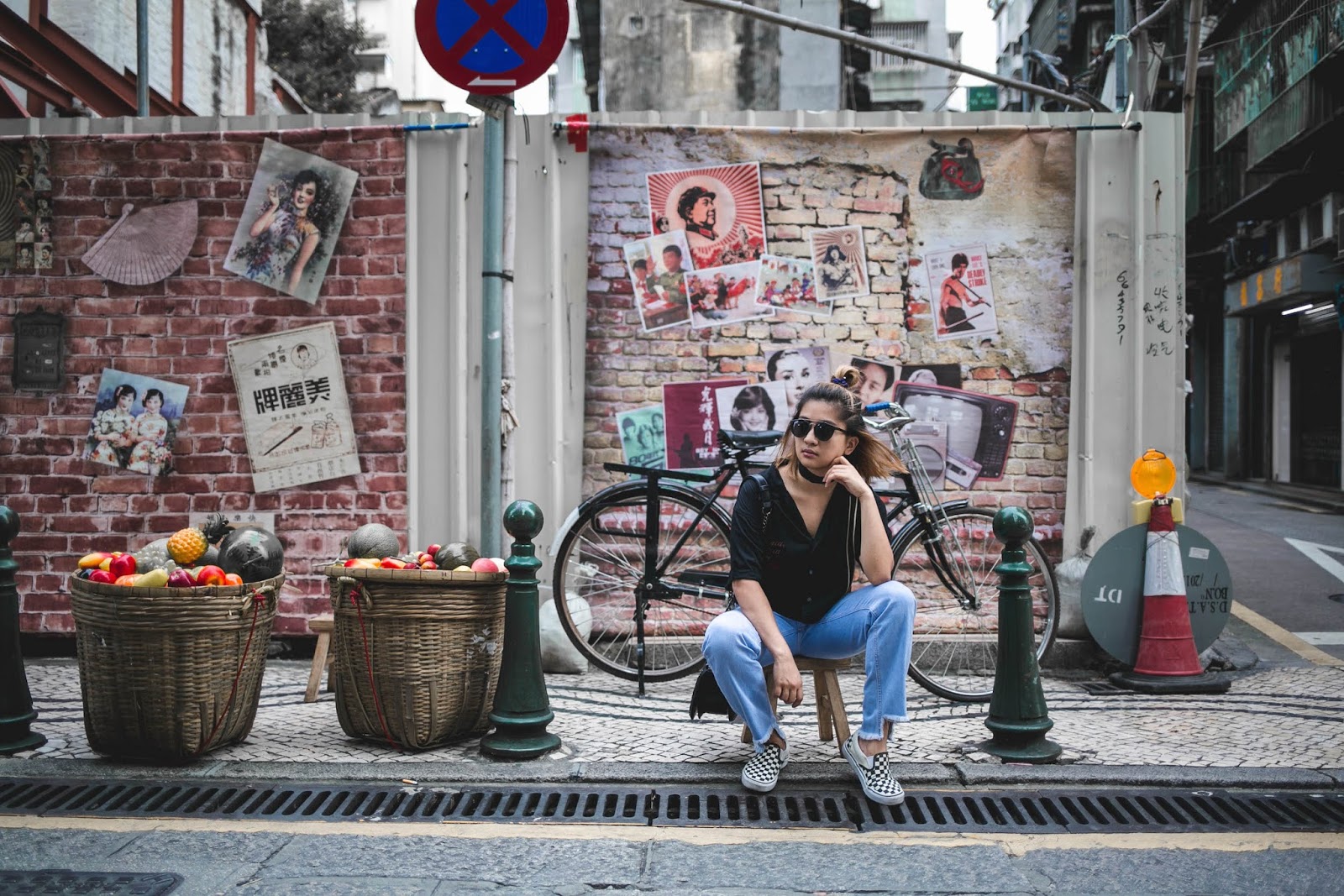 I can't quite put to words how I feel about this city. Macau has always been, and will always be, home - there's no doubt about that. But I feel like I've grown too much away from its ways, or too big for its size, not in a literal sense of course, but that I feel like there's no more room for me to go further.


I always hear that it's the place to be; right here, right now, what with the economy still at its peak, though we all know that's about to change, if not already, one way or another, there's still so much potential. But for who? I can't say it's the same for everybody where I'm concerned.

People here come and go. We think we've seen it all and we're on top of our game but in fact, we're not nearing anywhere what everywhere else has to offer. So for who, I ask? Perhaps for anyone and everyone who're into climbing a career ladder that is remotely close to anything related to arts or the creative industry. Heck, we don't even have a decent production company that if one wanted to get things done, one has to outsource from nearby cities like Hong Kong. 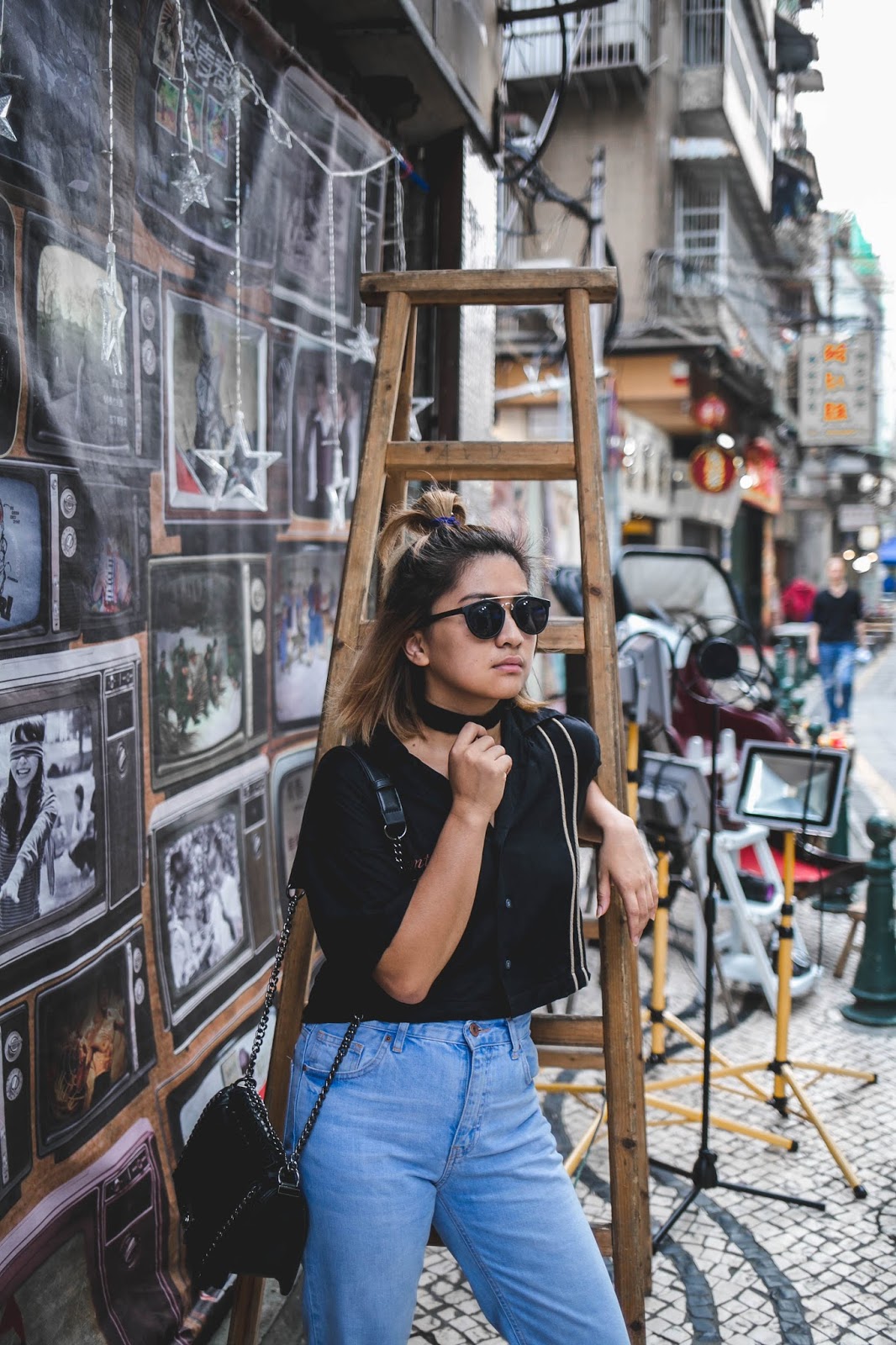 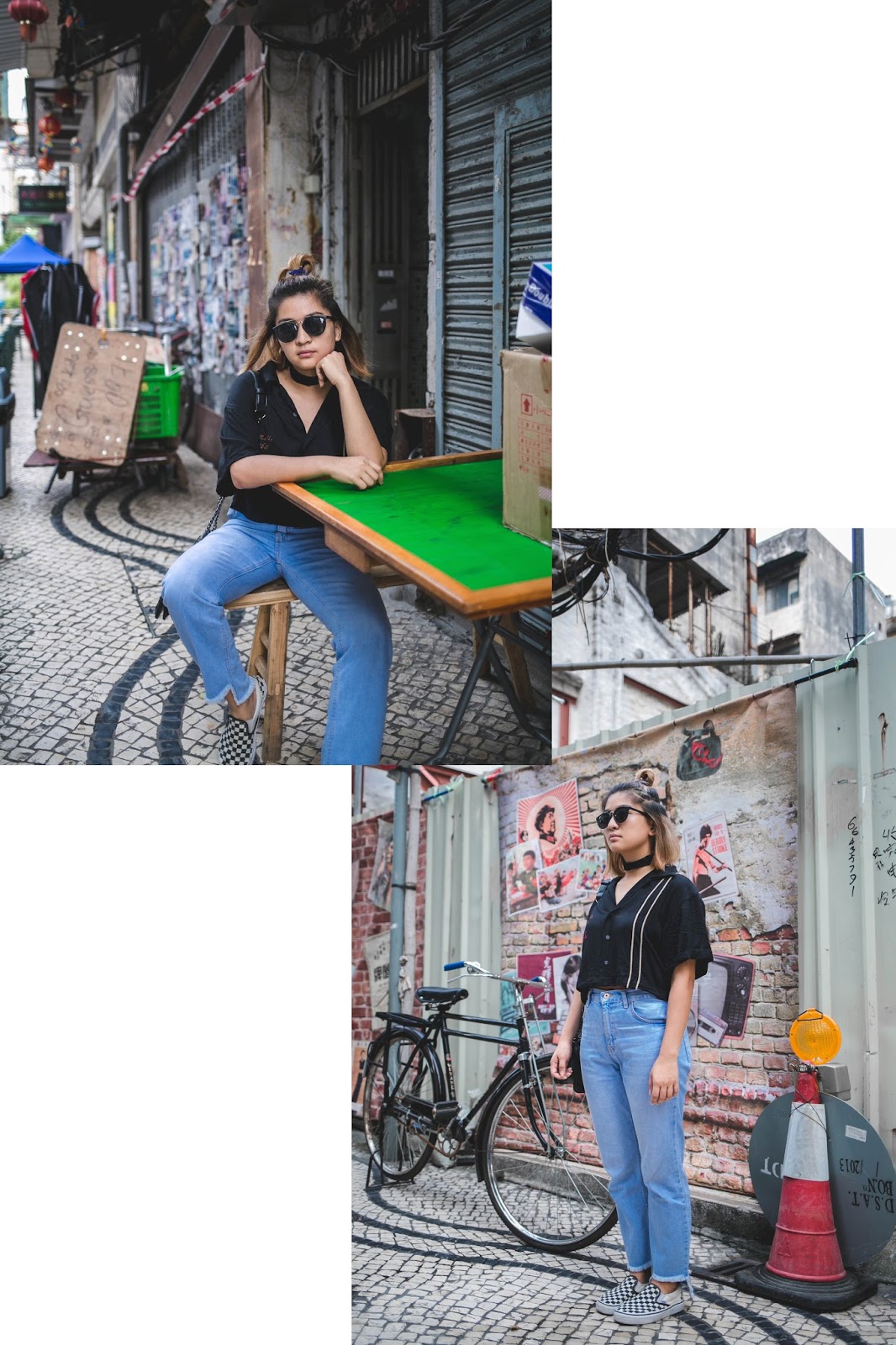 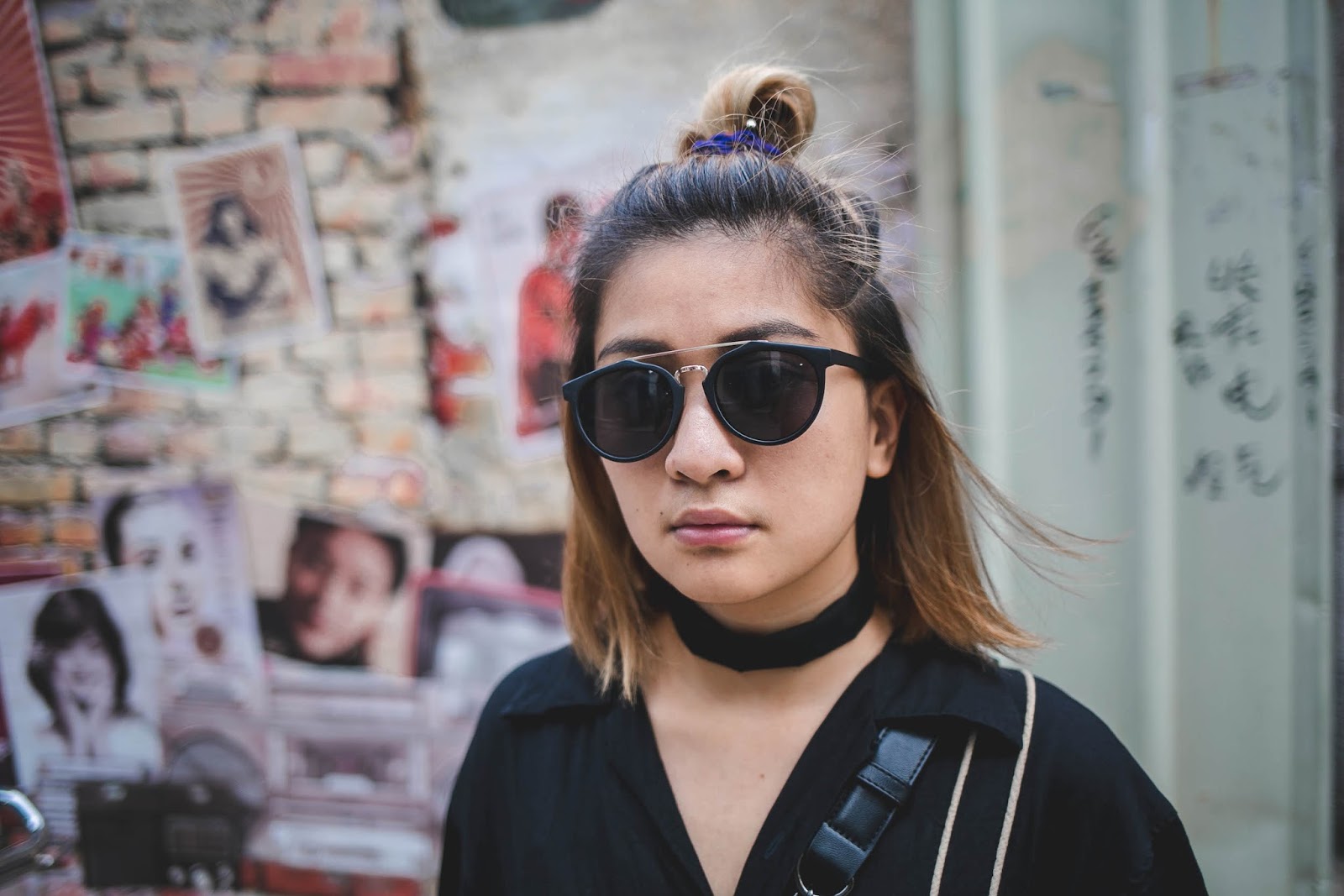 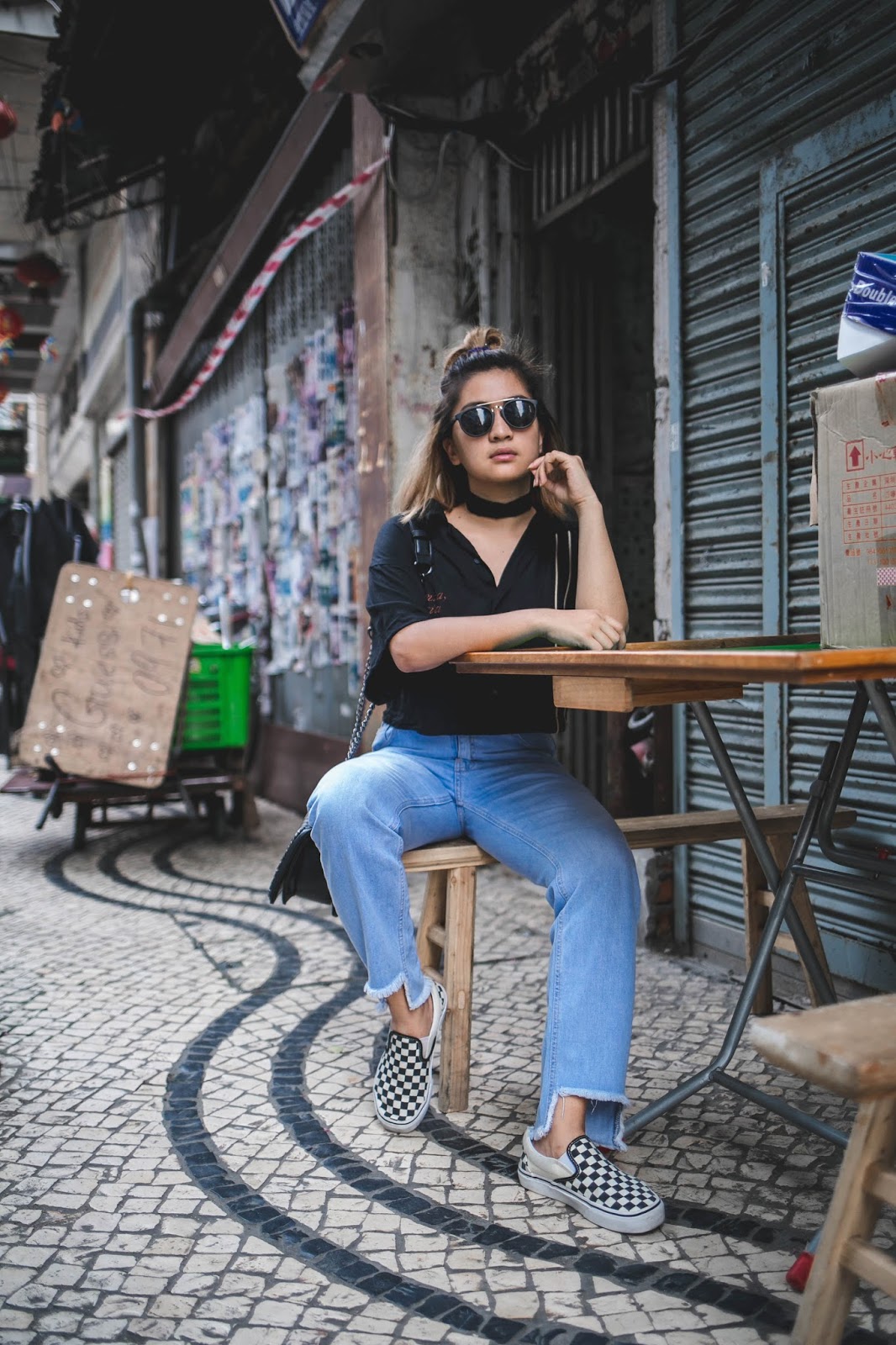 As is with everything else, Macau is still deeply dependent on its neighbouring counties. And like the city per se, people in general are dependent on each other, expecting one to do another's work while they sit and pretend that it's totally acceptable because, well, in this city, it is. That's just the norm.

The other day, Chezka pointed out this really interesting view, that Macau is like Panem because it relies heavily on it's support system which all boils down to outsiders coming into the city to play the losing game. As funny as it may sound as a joke, it's sort of true. The city thrives so well that the capitol people reaps all the benefits while the rest sows.

I'm not gunna lie, I'm one of the capitol people and I do enjoy these benefits. I won't be a hypocrite and say that I don't use these benefits to my advantage. But to me, being spoon-fed is not living. What about what I want to achieve in life? I mean, come on, stability and being secure doesn't guarantee happiness. Maybe I'm wrong. Maybe it's just me and that I've been reading too much, thinking too much, to go about with my daily, stable life. Maybe it's just one of my problems being a millennial child. Maybe I don't know what I'm asking for as I may not know what it's like to live and make a living somewhere else. But if there's one thing I'm sure about, is that I need a break from the city. Short or long, I hope I just hope it'll be soon. 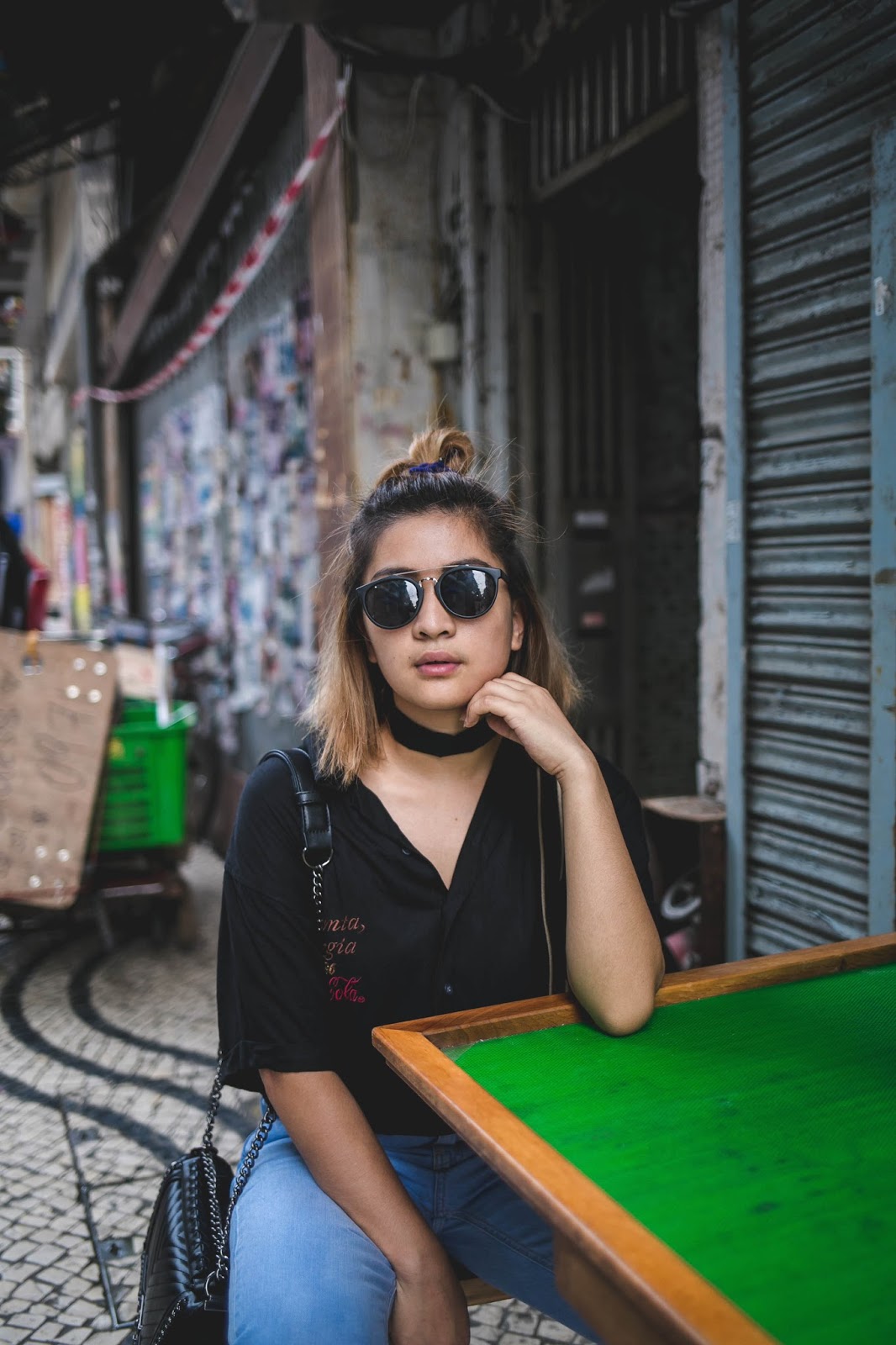 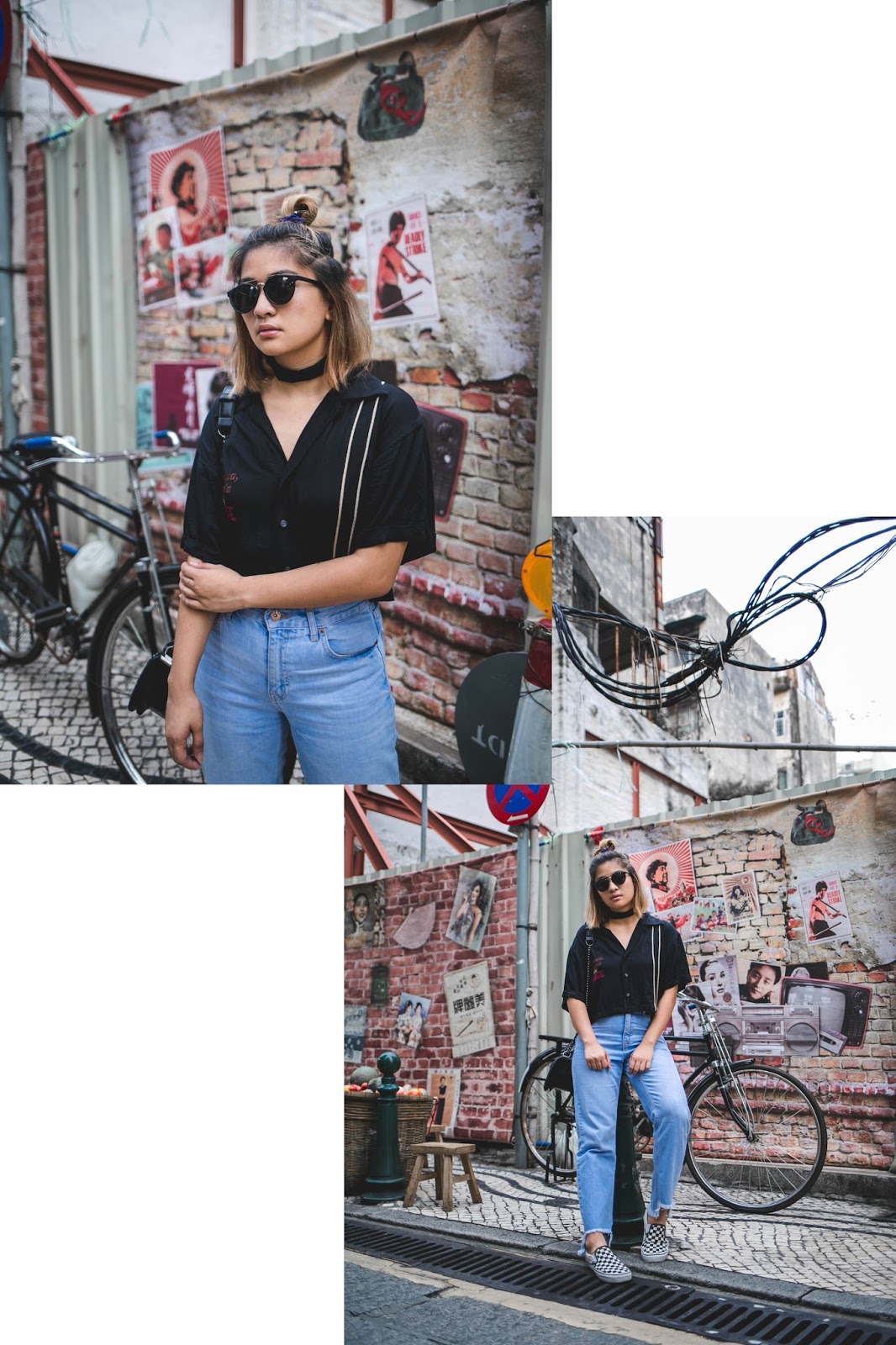 I know this post is getting too personal right now so I'll stop and leave it at that. I just had to vent because looking at these pictures remind me so much of how old Macau was; how this tiny city was in the earliest memories that I can recall being here. It was simple but it had its charms. It wasn't as complicated as it is right now and there are days when Penguin and I would just roam around, visiting the older parts of the city like this street near Fai Chi Kei, reminiscing some of our childhood memories.

Almost three decades ago, my mom found sanctuary in this once a fisherman's village when she left her own hometown in the Philippines. I'm proud of what it has become and known to the world since she came, and I'm glad I was able to witness it all as a child growing up. But I feel like it's time for me to find my own sanctuary. It's just a question of whether it's here or elsewhere. 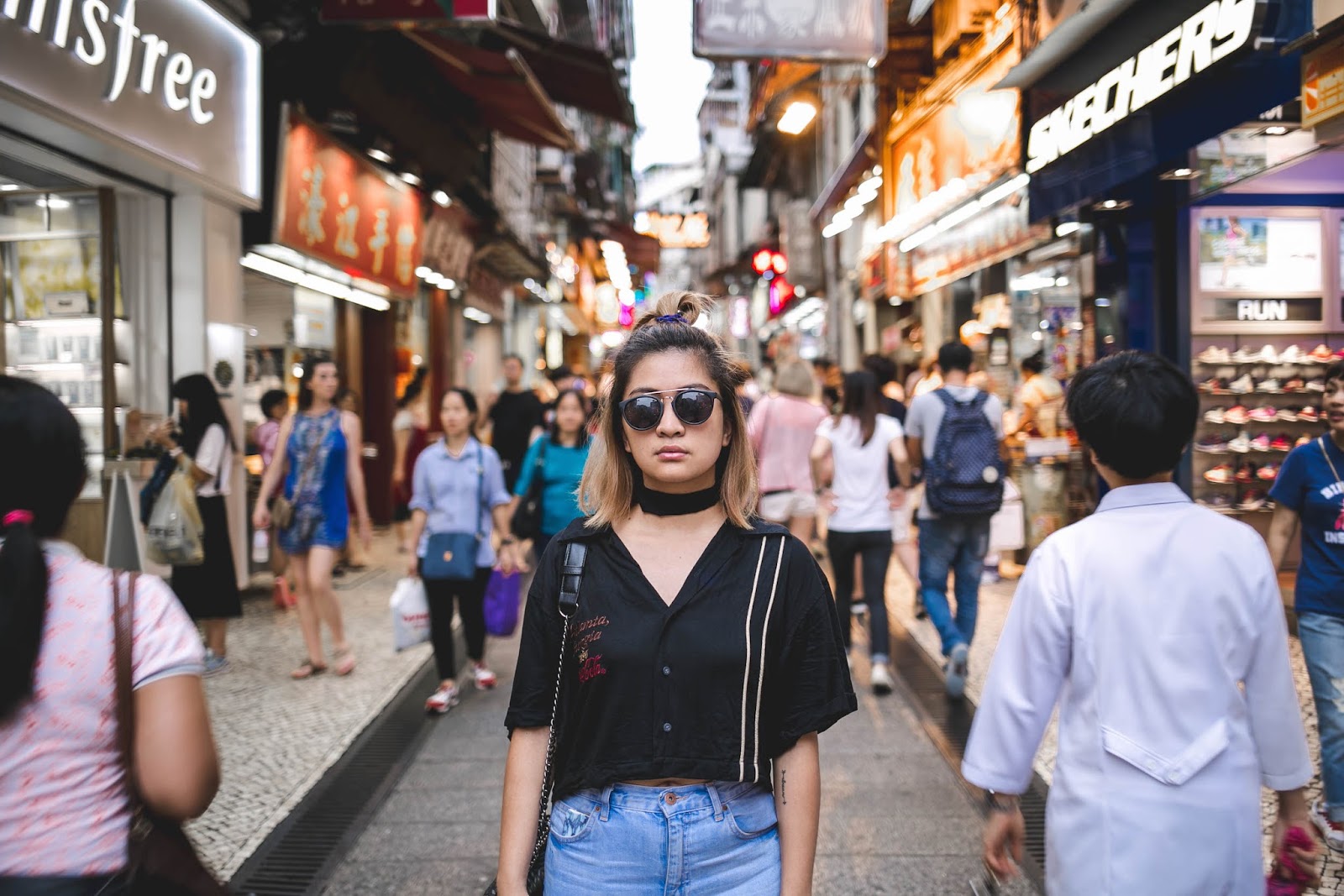 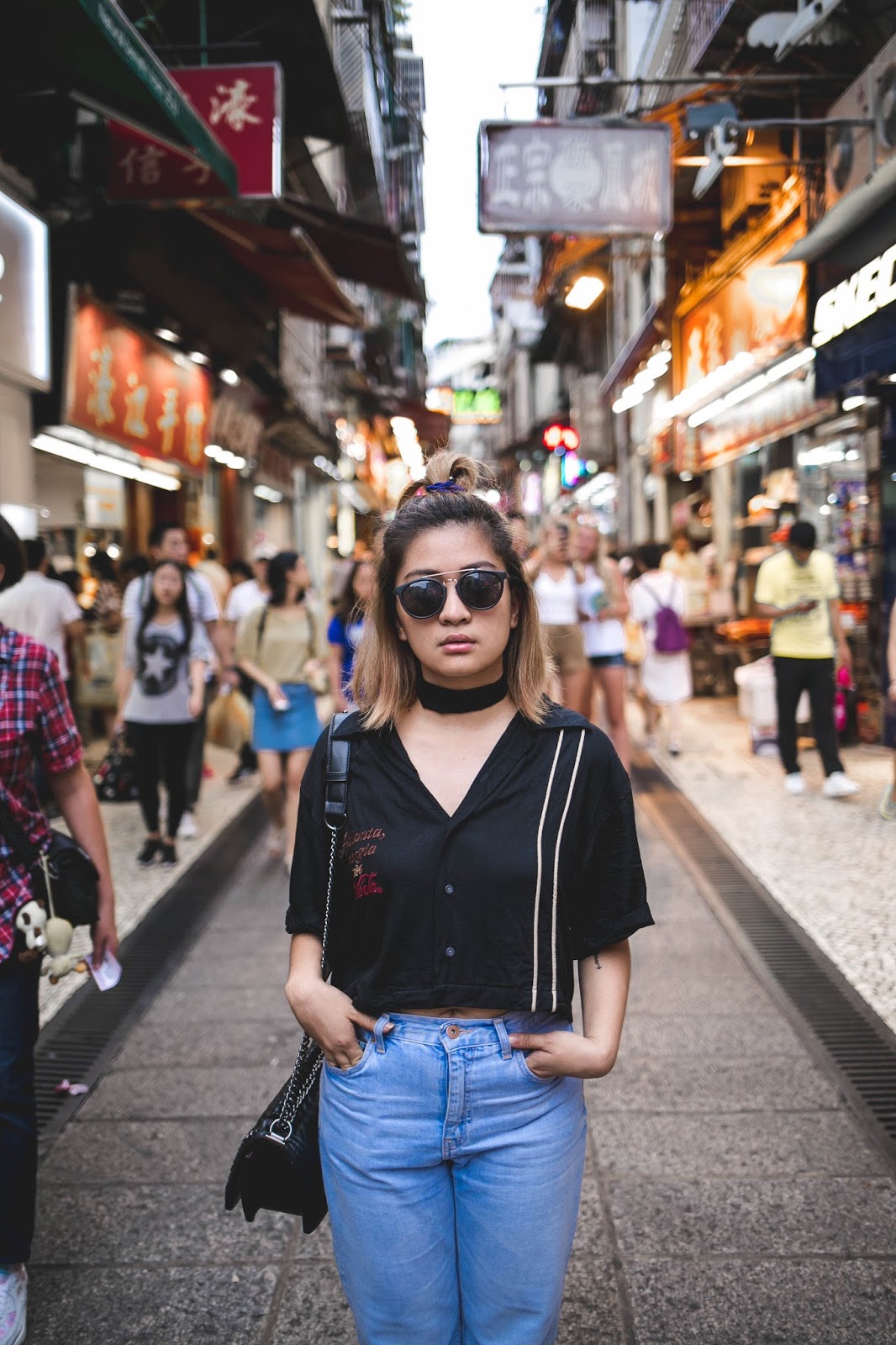 Kudos to Penguin for always capturing perfect portraits of yours truly whenever we wander around like tourists in this city.