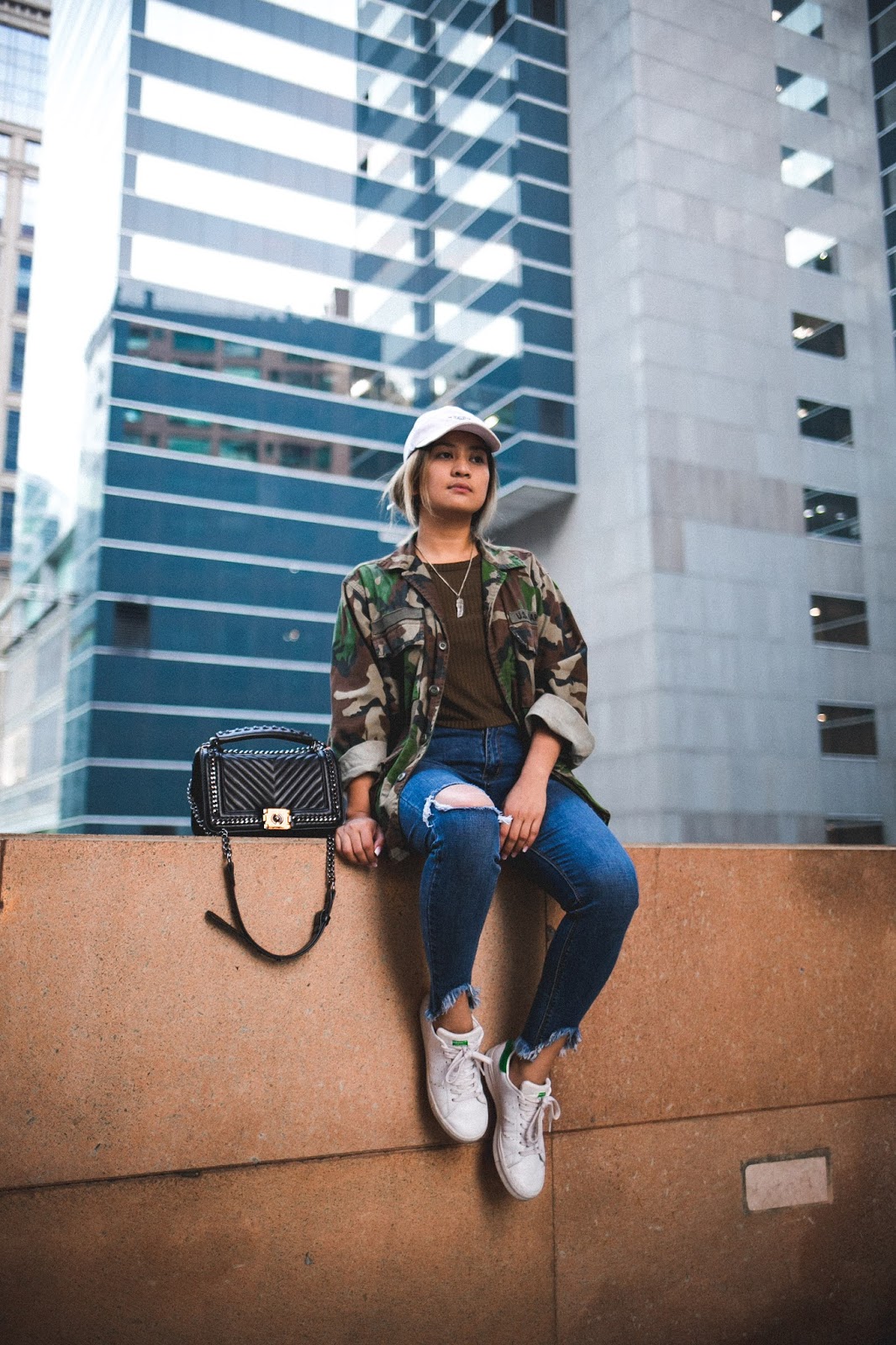 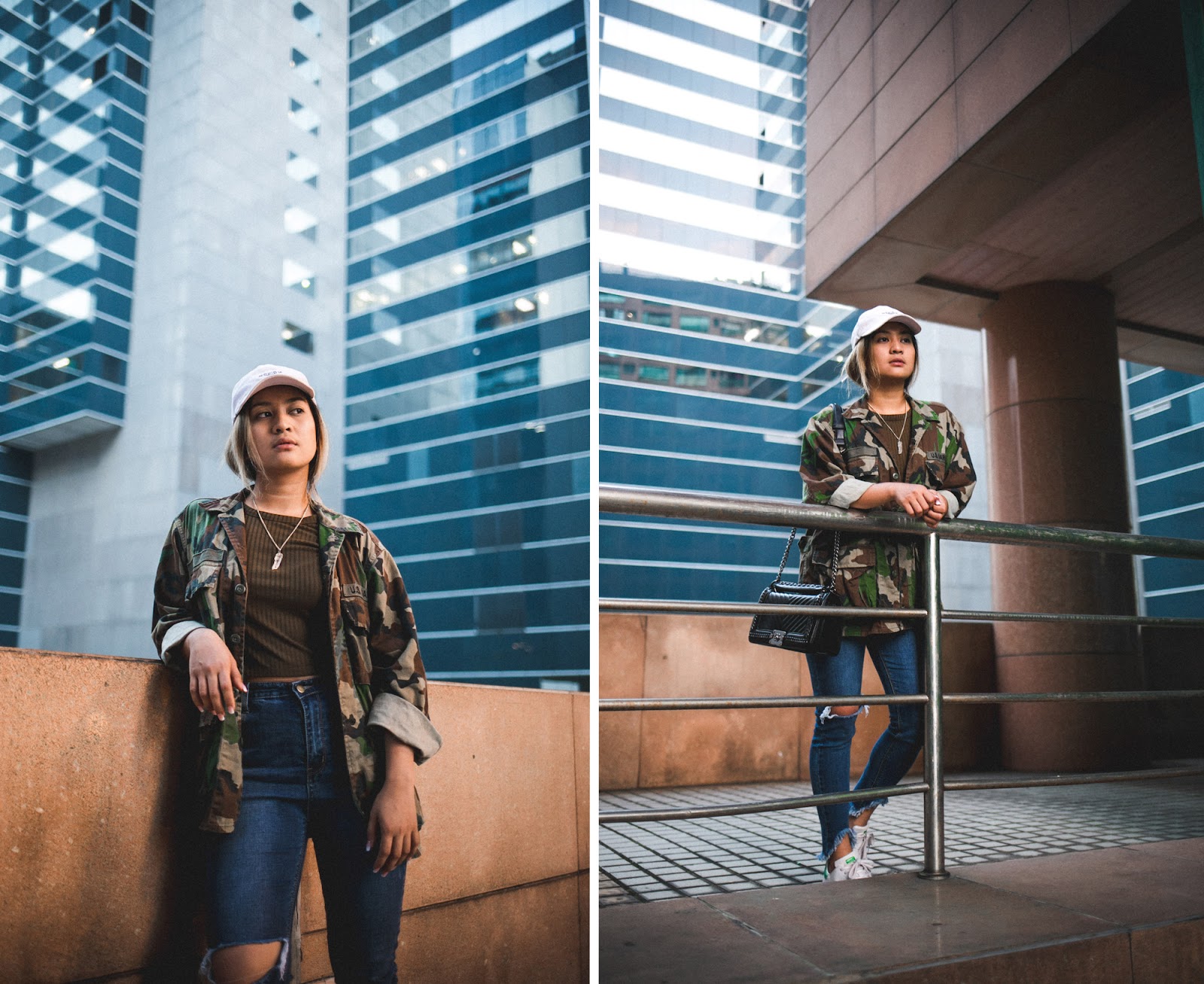 Here's a look that I put together really quickly without thinking much about it. The great thing about investing in basics and never out of trend pieces such as a quintessentially cool camo jacket is that you always have outfits in your closet just waiting to happen.

Having less than half an hour to get myself ready in time for mass because I woke up really late, I literally just grabbed the first things that I saw from my closet. Yes, you read that right, this is what I wore to church but sans the cap of course. Sundays used to be the only day that I get to dress up when I started blogging because I wore a uniform to school and work so I would always go over the top then. This is already dressed down so to speak.

On another note, the holidays are just around the corner and I hate to admit, but I kind of regret not having taken any leaves from work even though I don't have plans on going anywhere out of the city. I've already travelled enough this year I figured it's not a bad idea to sit this month out. But still, it would have been nice to have the whole week Christmas without work. Wouldn't it? 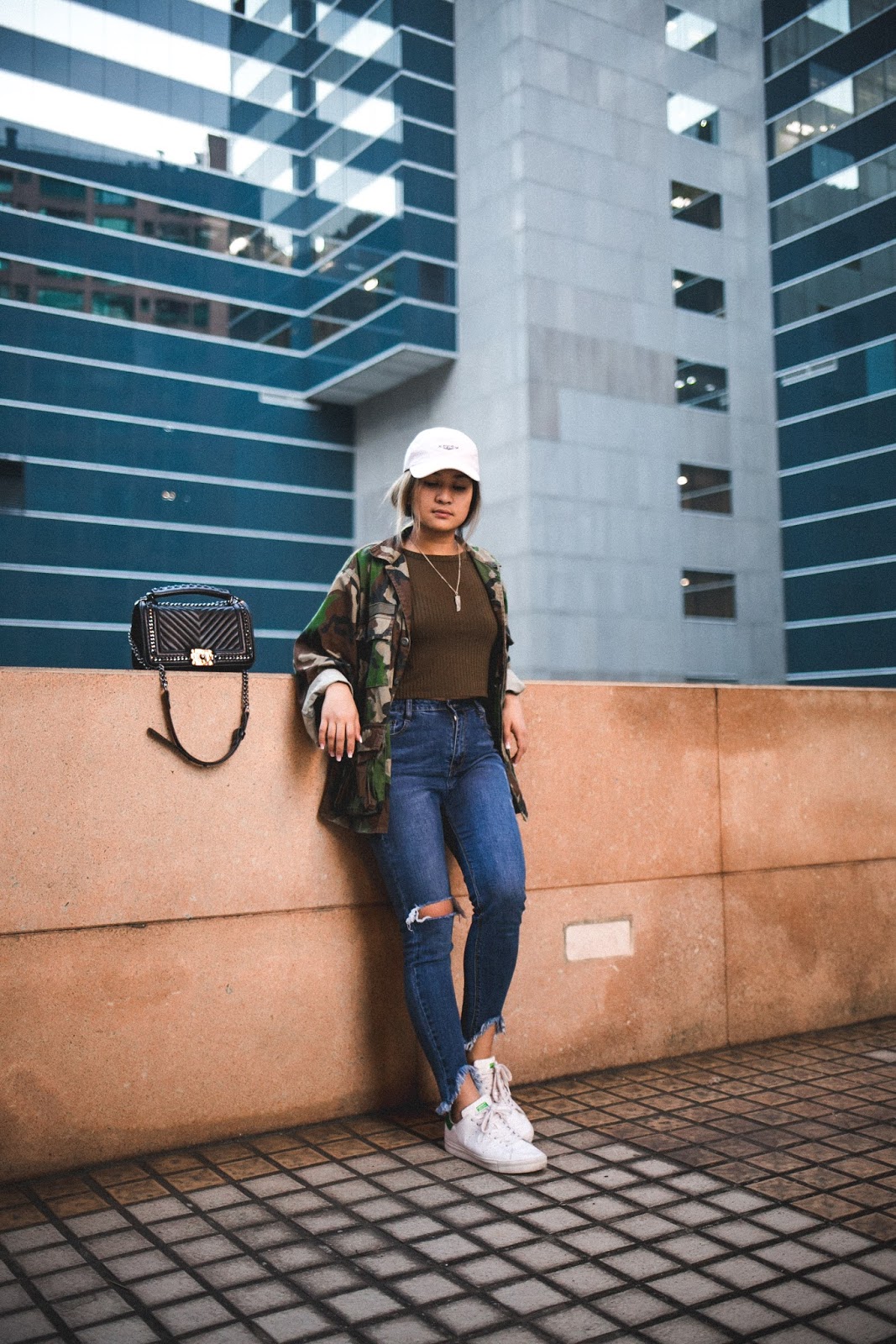 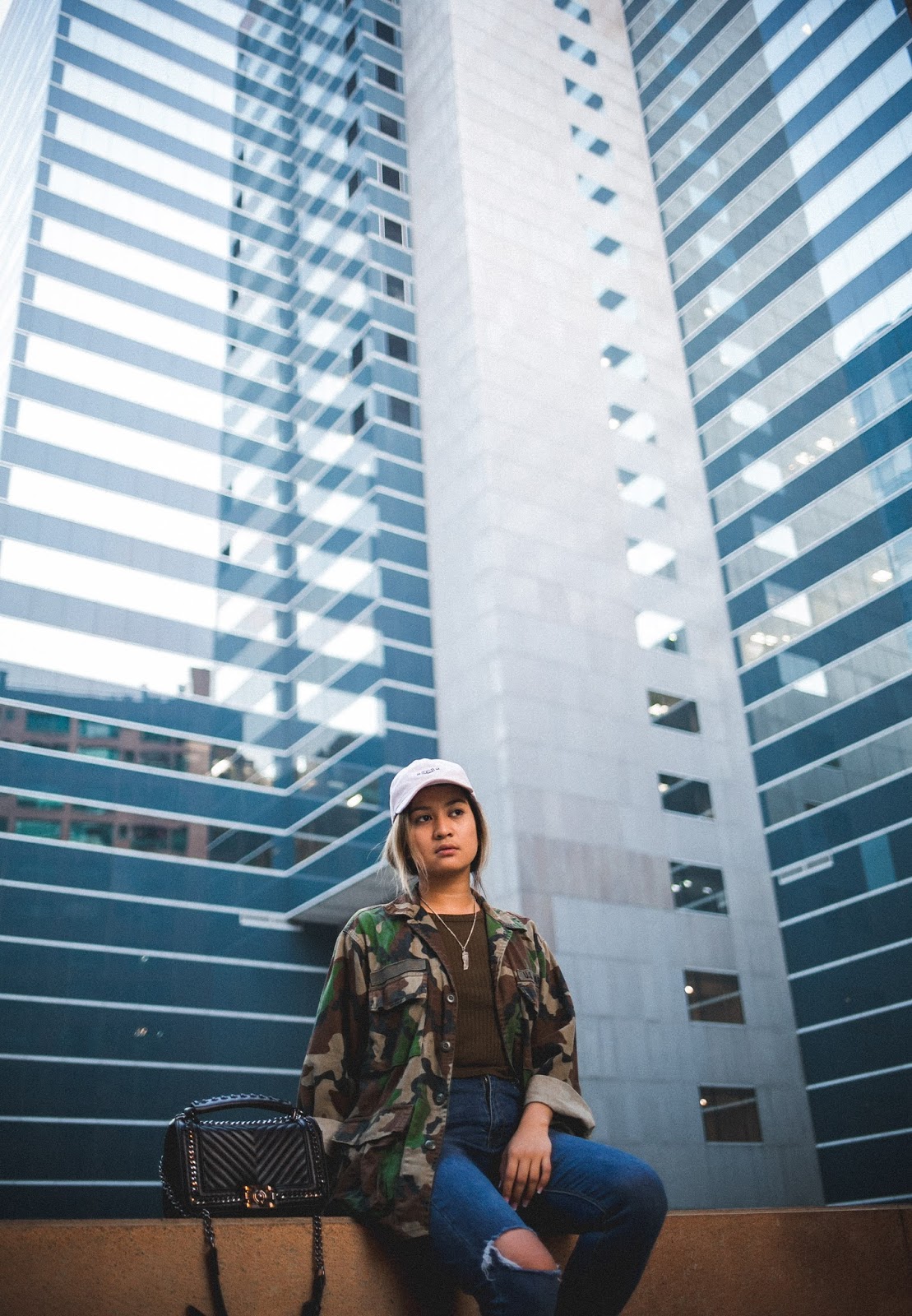 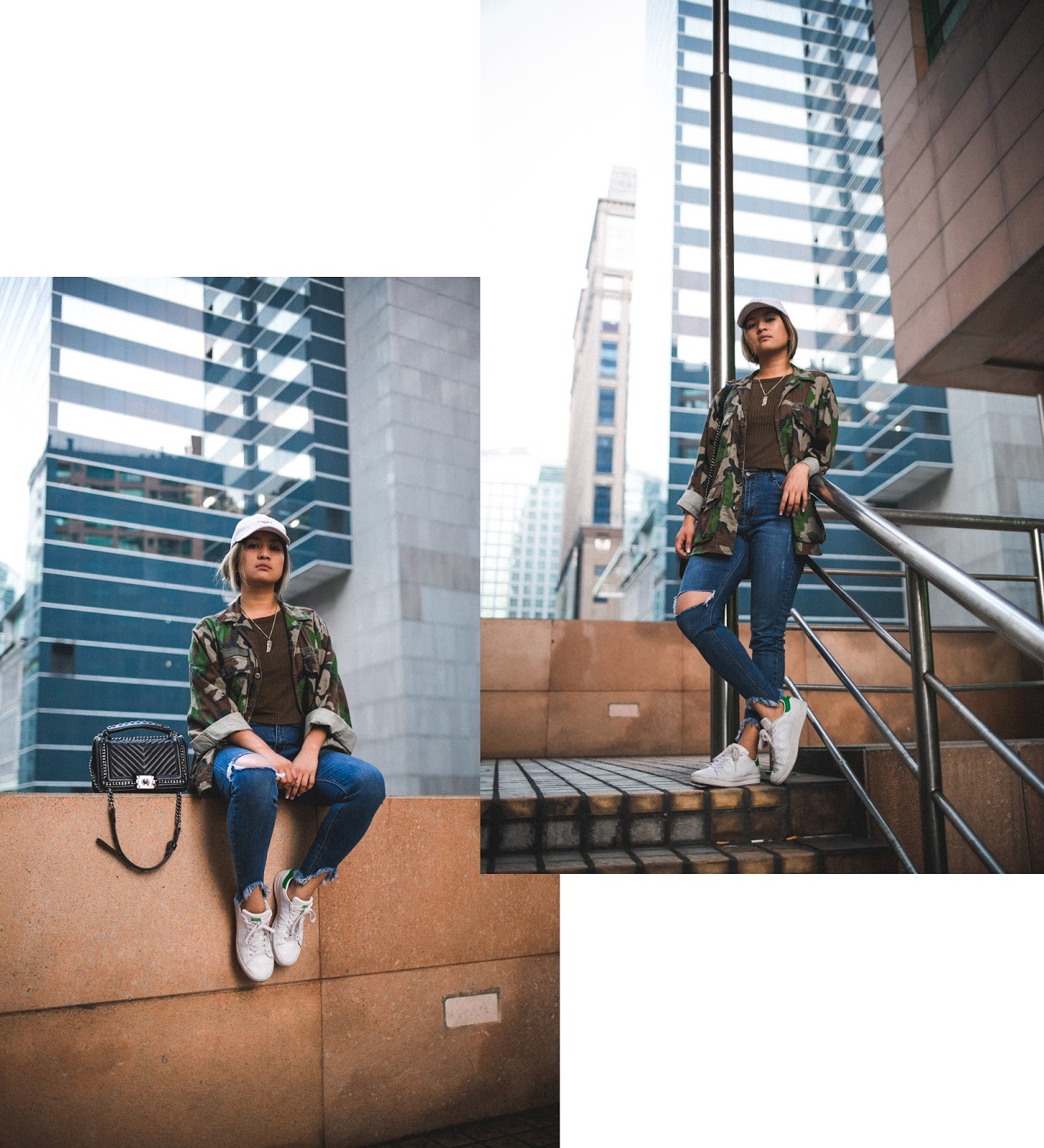 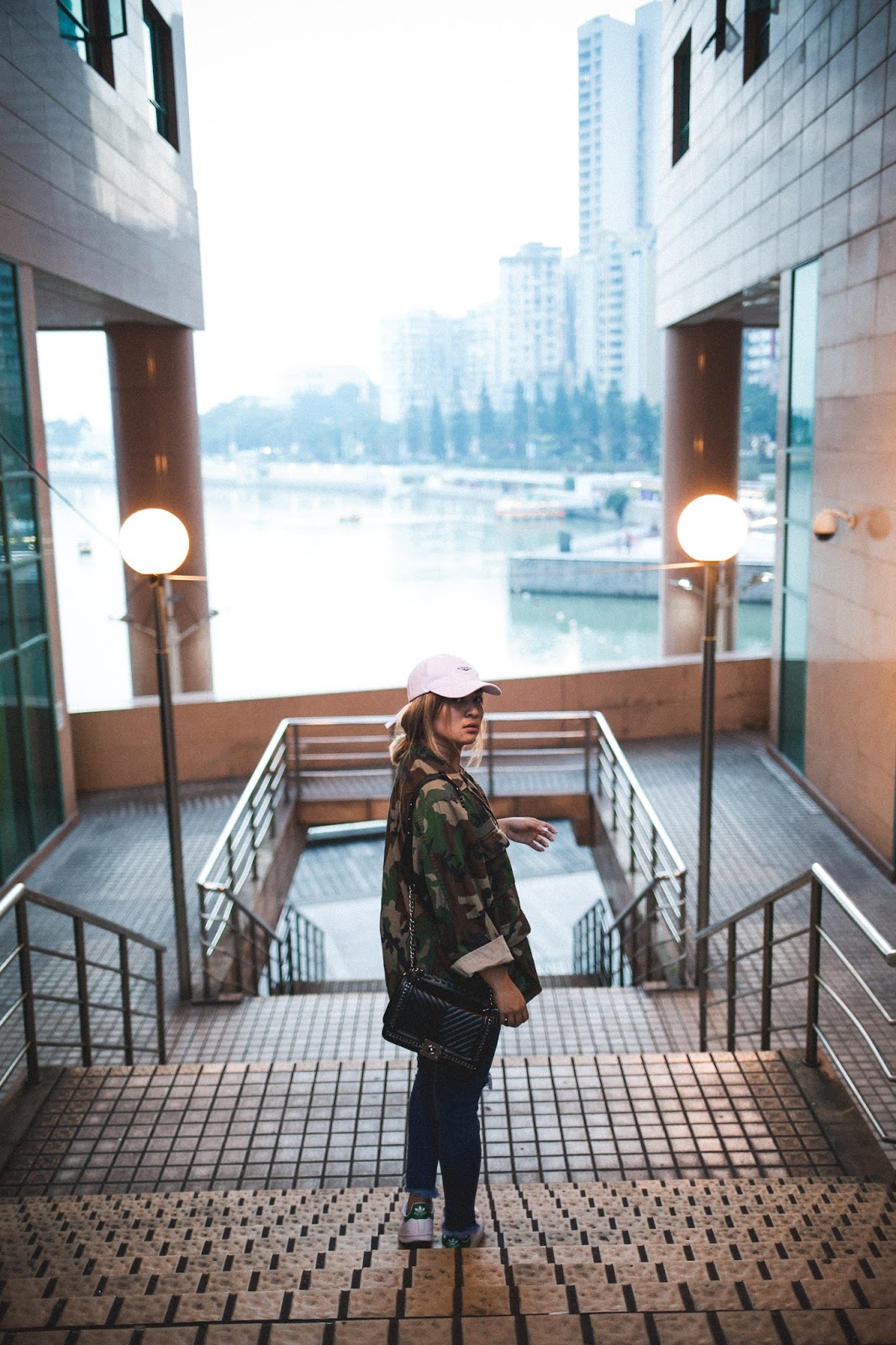 Anyway, speaking of travel, remember that short period that I went to Jeju, South Korea for work? Well, I was able to gather enough clips and create a little travel vlog for your viewing pleasure and it's now up on my youtube channel so here it is. Oh and on a side note,  I know I started vlogging months back but haven't been updating consistently because I mostly only get to film when I travel. But I'd love to create more videos that you guys might be interested in watching such as shopping hauls, Q&A, or whatnot, so do let me know in the comments. Now, in the meantime, I hope you like this one... and stay tuned because our Sydney travel vlog is also coming really really soon!

Photos by Pierre Elma
Video by Yours Truly