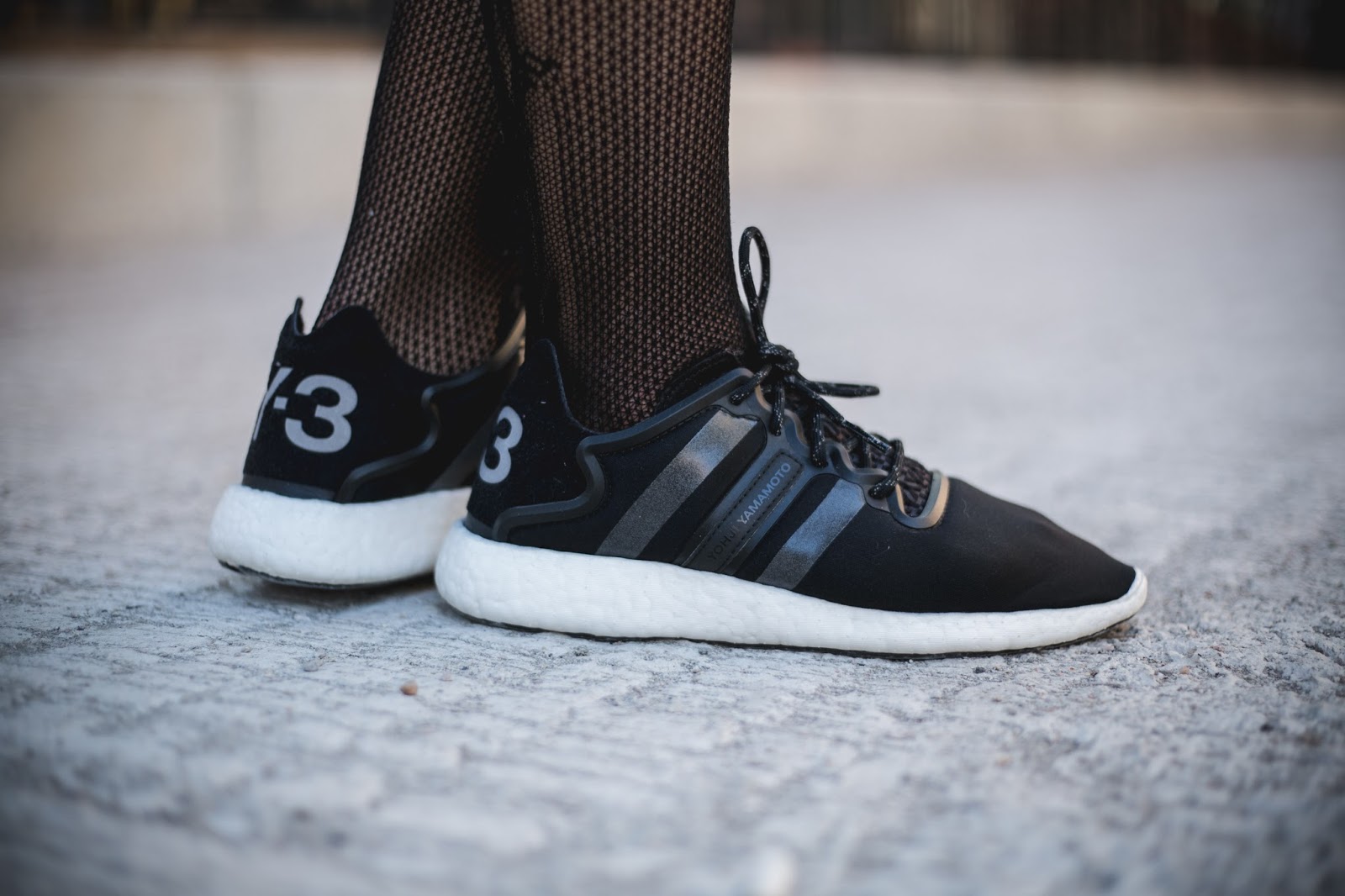 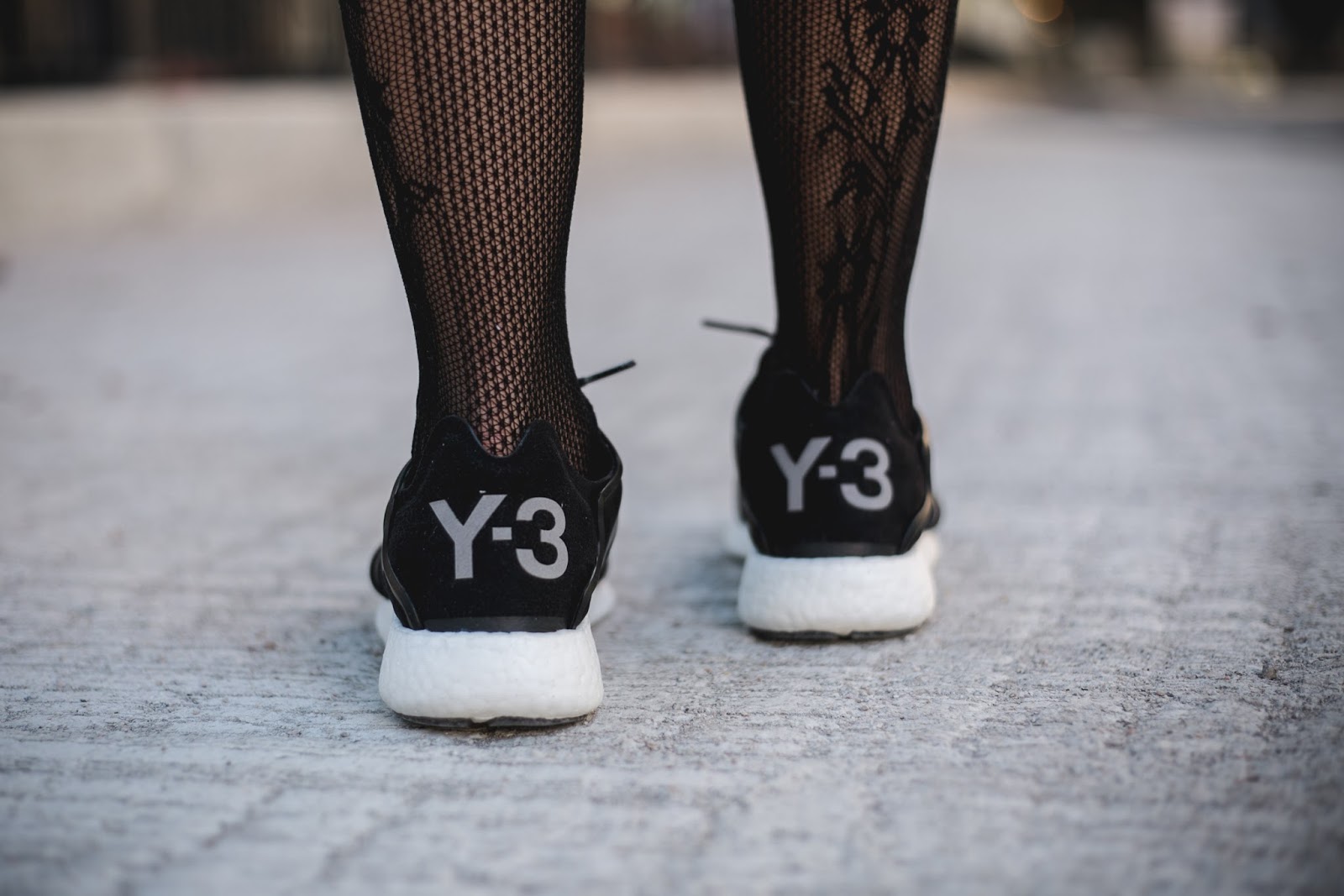 Just copped this pair of Y3 "Yohji Run" Sneakers and have proven that it's possible to fall in love with a pair of shoes. No kidding. I've been meaning to buy a pair of Y3 sneakers for a while already but I couldn't find the ones that I liked in my size mostly because they're not sold in women's sizes. Then I found some smaller sized Qasas which I also like but I was hesitant on getting them because I've never owned a pair in that shape; very avant garde in  that Adidas tubular kind of style. So I went over to the Y3 store at the Venetian to see if I could find a similar style to try on. Alas, I found out that the running should silhouette was more for me than the rest. And so I finally decided on this pair.

Also, in case you wonder why I bought from Farfetch instead of the Y3 shop here even though they too had this pair, well that is because high end products in Farfetch are generally cheaper compared to anywhere else I could access. I guess it's because I look at products from the European network and they're sold how they're actually priced in Europe. And because I'm based in Macau where we don't get taxed or have to go through customs (or at least not that I know of  compared to let's say the US); so whatever I paid Farfetch is just the amount I have to shoulder overall.

This isn't a sponsored post by the way. I just found Farfetch a really good option for me to shop luxury products when I can't find them here or if I want something but want it for a lower price. And the delivery is really quick too. Win win.

Anyway, Penguin and I filmed a short unboxing video for you guys when I received the parcel. Head over to my youtube channel or scroll below to watch the video. And of course, don't forget to subscribe! 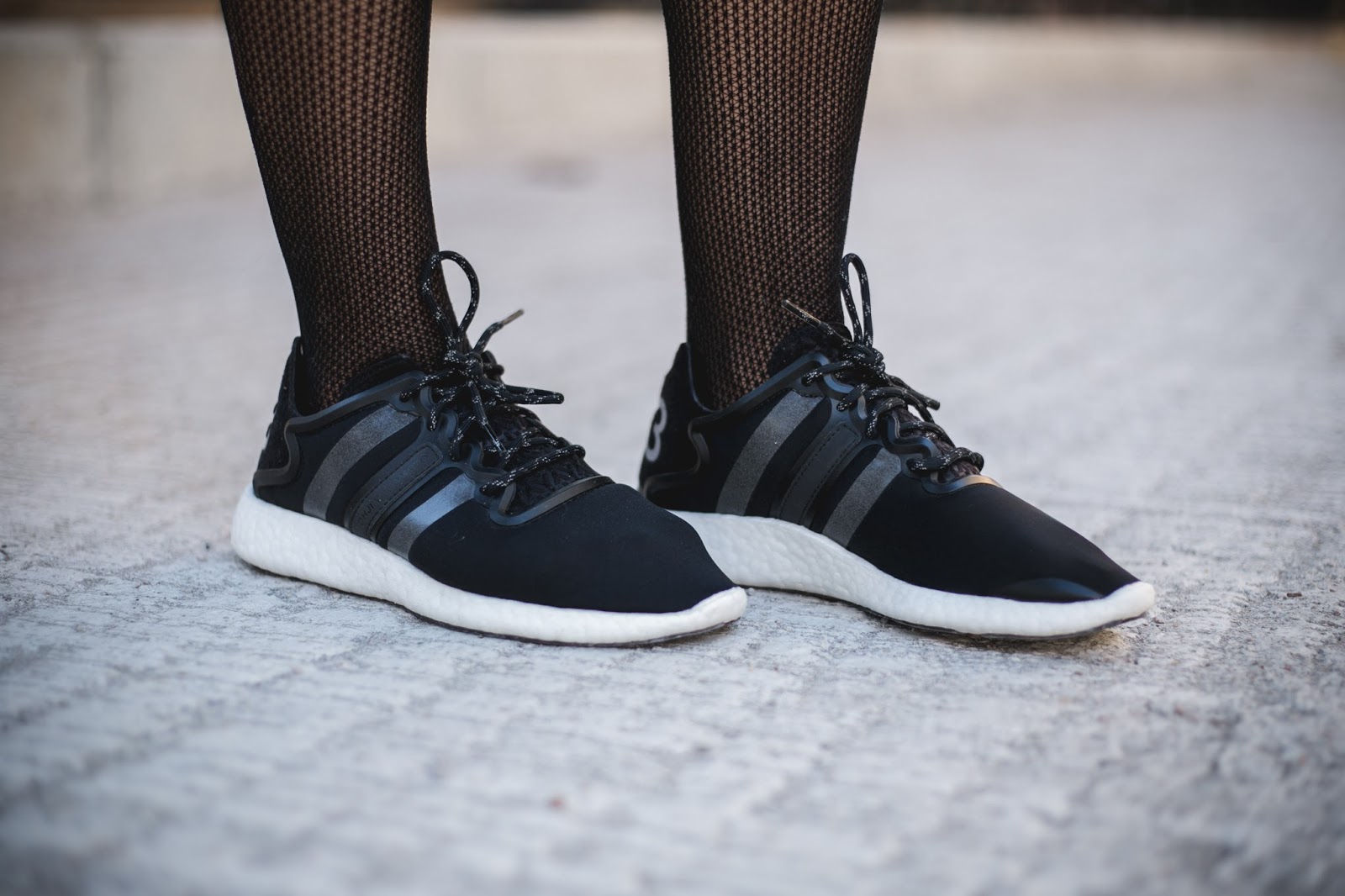