Manila Foodie | Where And What To Eat 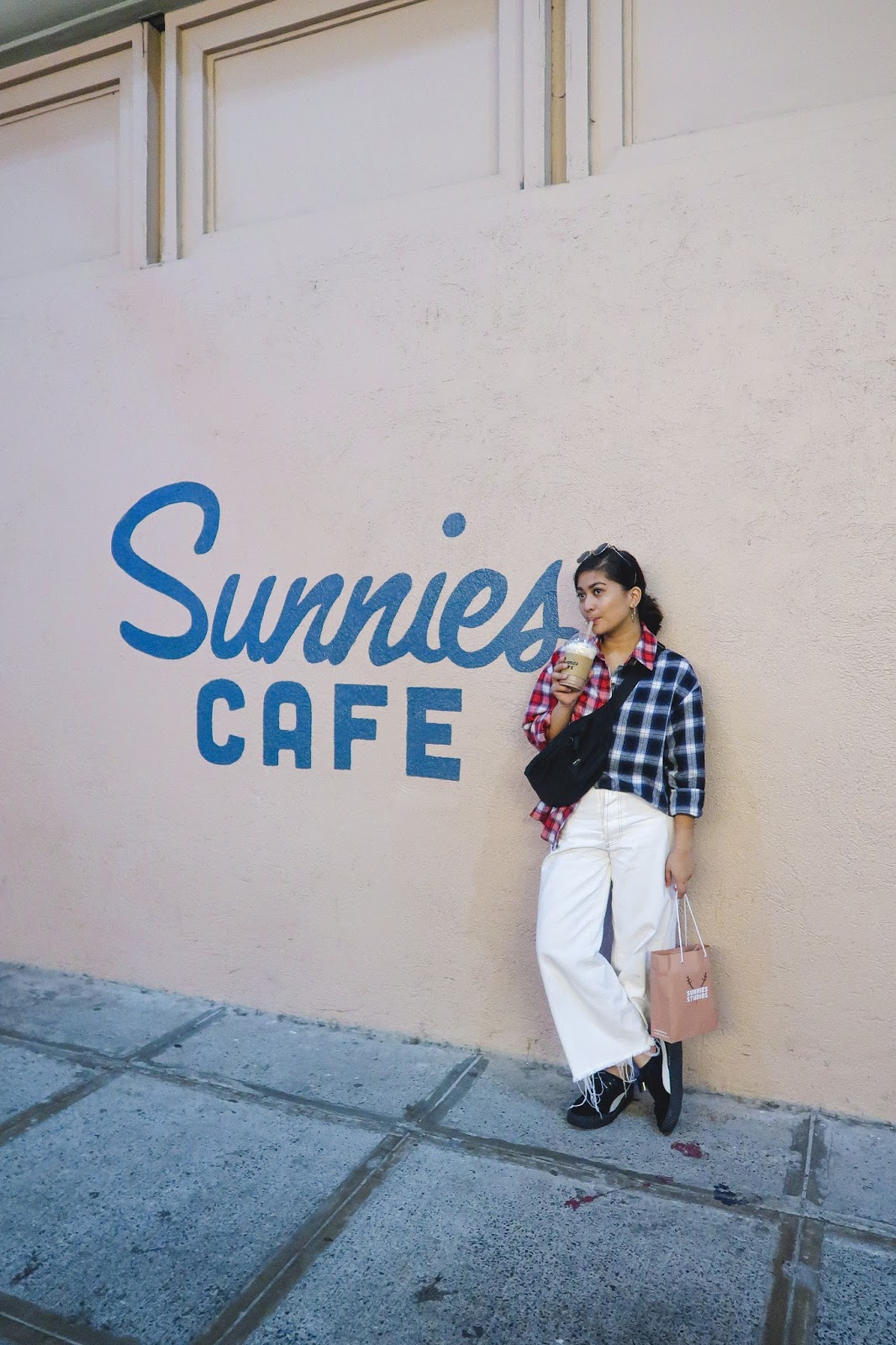 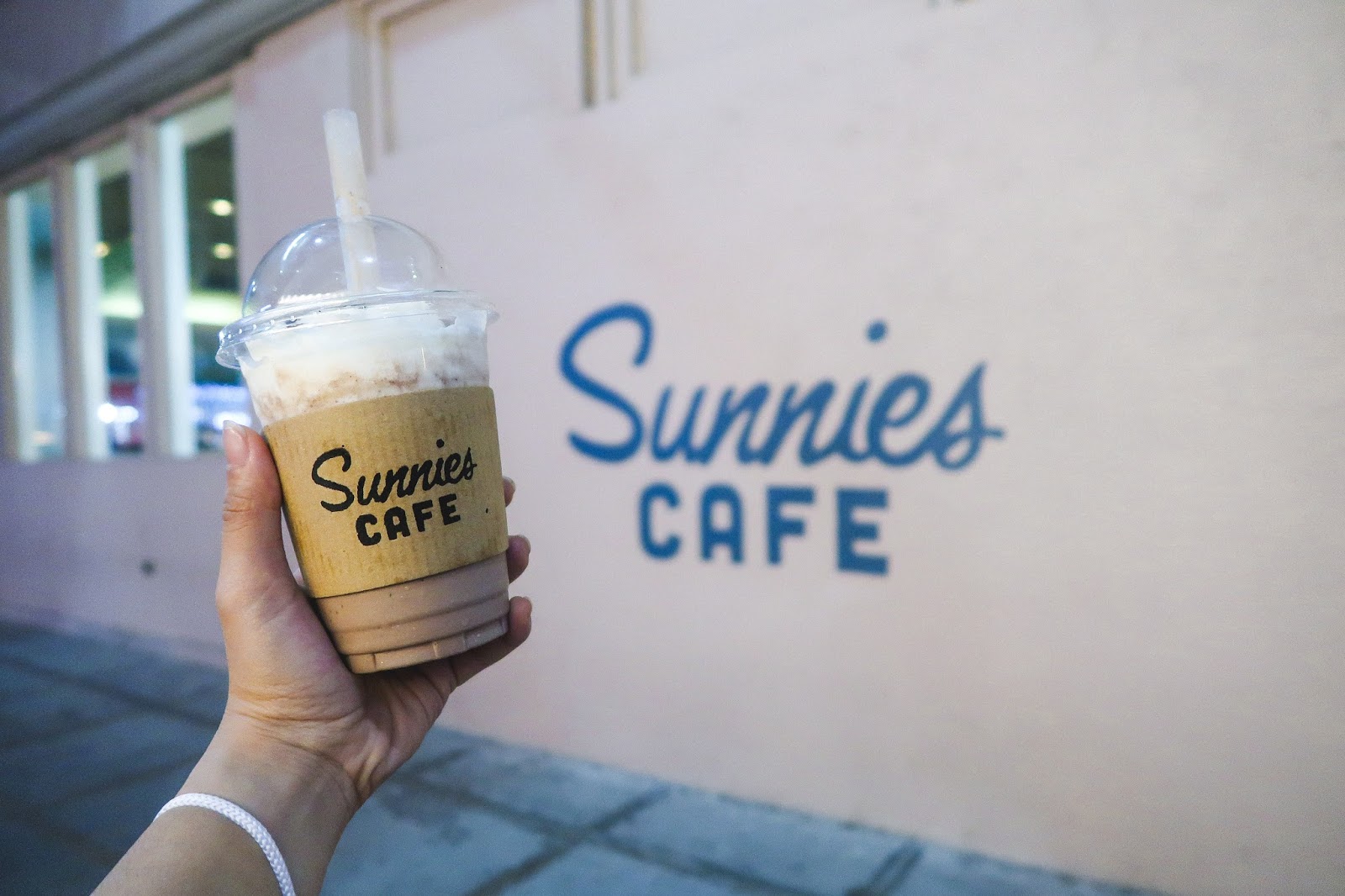 I never got around to sharing these images with you guys until now that I remembered promising to share with ya'll the food we tried in Manila so here we are. Foodies' out so be warned, this post may or may not have you salivating as I'm about to taunt your taste buds.


First up we have ramen at our ever-favourite ramen joint in Manila, Ramen Nagi. I know and am completely aware that this isn't a local franchise nor is it Filipino food (I mean, duh); however this makes top of our list due to the fact that it's difficult to come by authentic Japanese ramen while Nagi comes really close to the ones Pierre and I have tried in Tokyo so foodie-approved. Fortunately they have a branch close to where my apartment is located, at the Mall of Asia no less, so we can pop by anytime so long as the shop is open. And for a quick ramen fix before flying back off to Macau, there's also a branch in NAIA terminal 3. 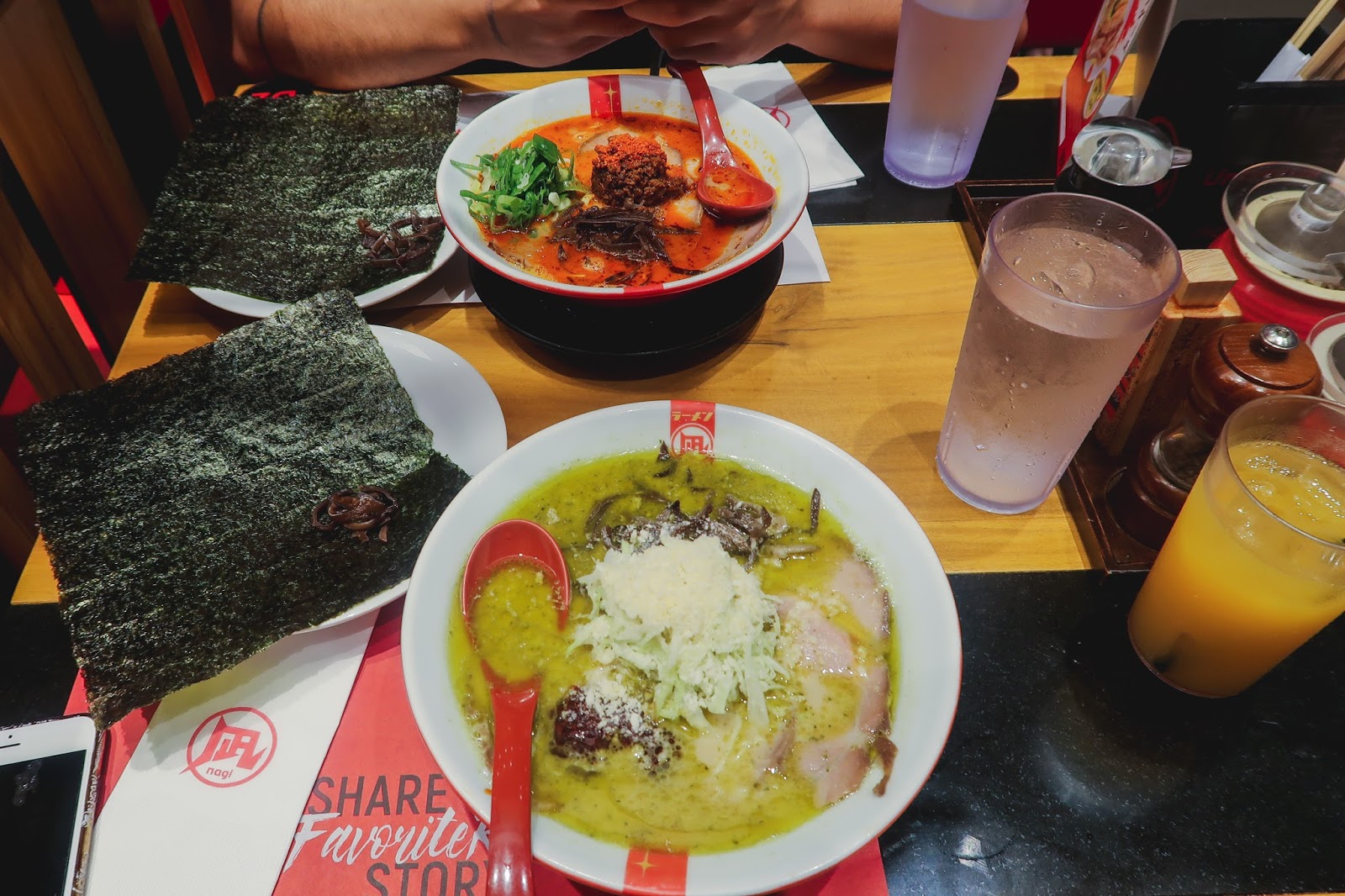 Making out list at number two is the Halal-guys. Again, originally from abroad, New York to be precise, the Halal-guys is where we'd rather satisfy our cravings for gyro meat and falafel. Pierre and I have a penchant for all things spicy so this type of cuisine can't be missed. Also, the reason this franchise makes our list is because we've always wanted to try the Halal-guys but we've never been to New York. Happily, they opened up stores in Manila so that's literally having the franchise come to use instead of vice versa.

There are currently two branches, or at least that we know of; one in Mall of Asia which is a proper restaurant; and one in BGC High Street albeit a take-away stall. 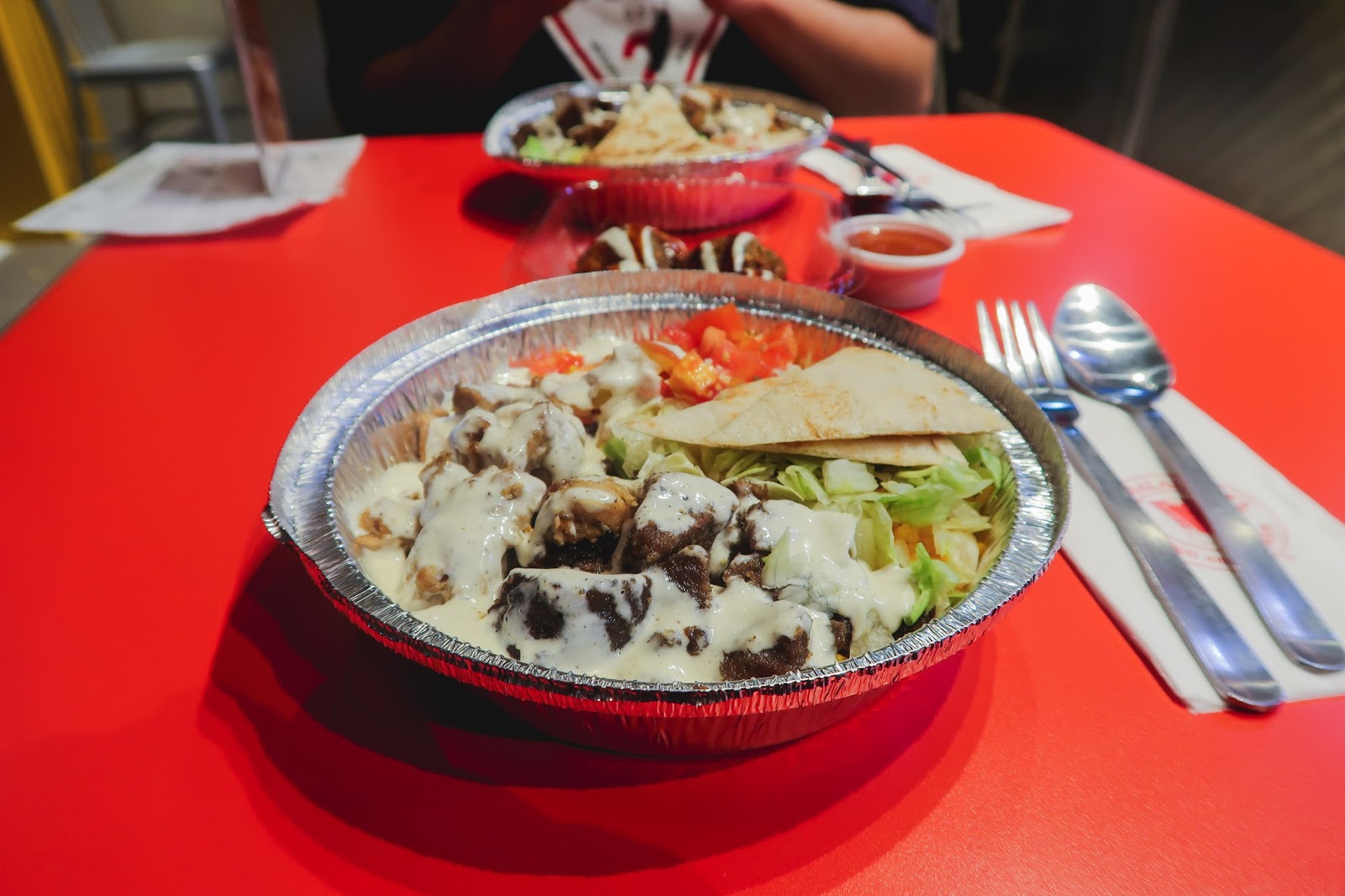 Also making our list is Flat Iron located in Uptown Mall, Taguig. If I'm not mistaken, this is locally birthed for the hipster millennials. It's a really cool concept of a modern diner offering fusion Filipino dishes and that's precisely why Pierre wanted to try it in the first place.

On our lunch visit, we tried the Adobo Fried Chicken, as seen on my Manila Holiday VLOG (watch it here), as well as their original corned beef with egg. If you're looking to sample non-traditional diner dishes then this place is for you. Don't be caught by the pricing though, given it's located in one of the upscale malls in Manila, in Bonifacio Global City no less, expect that the food are more on the expensive side. 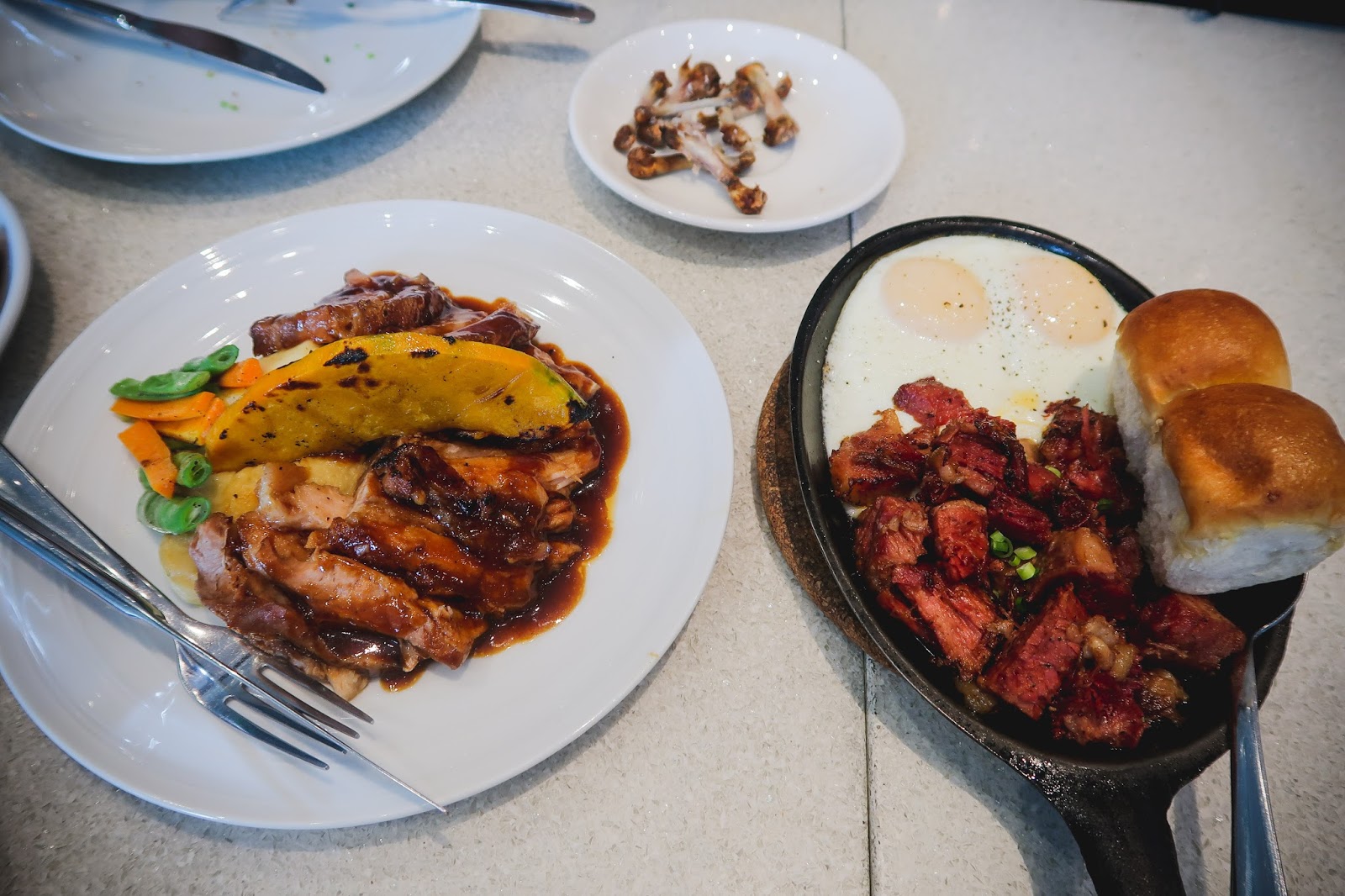 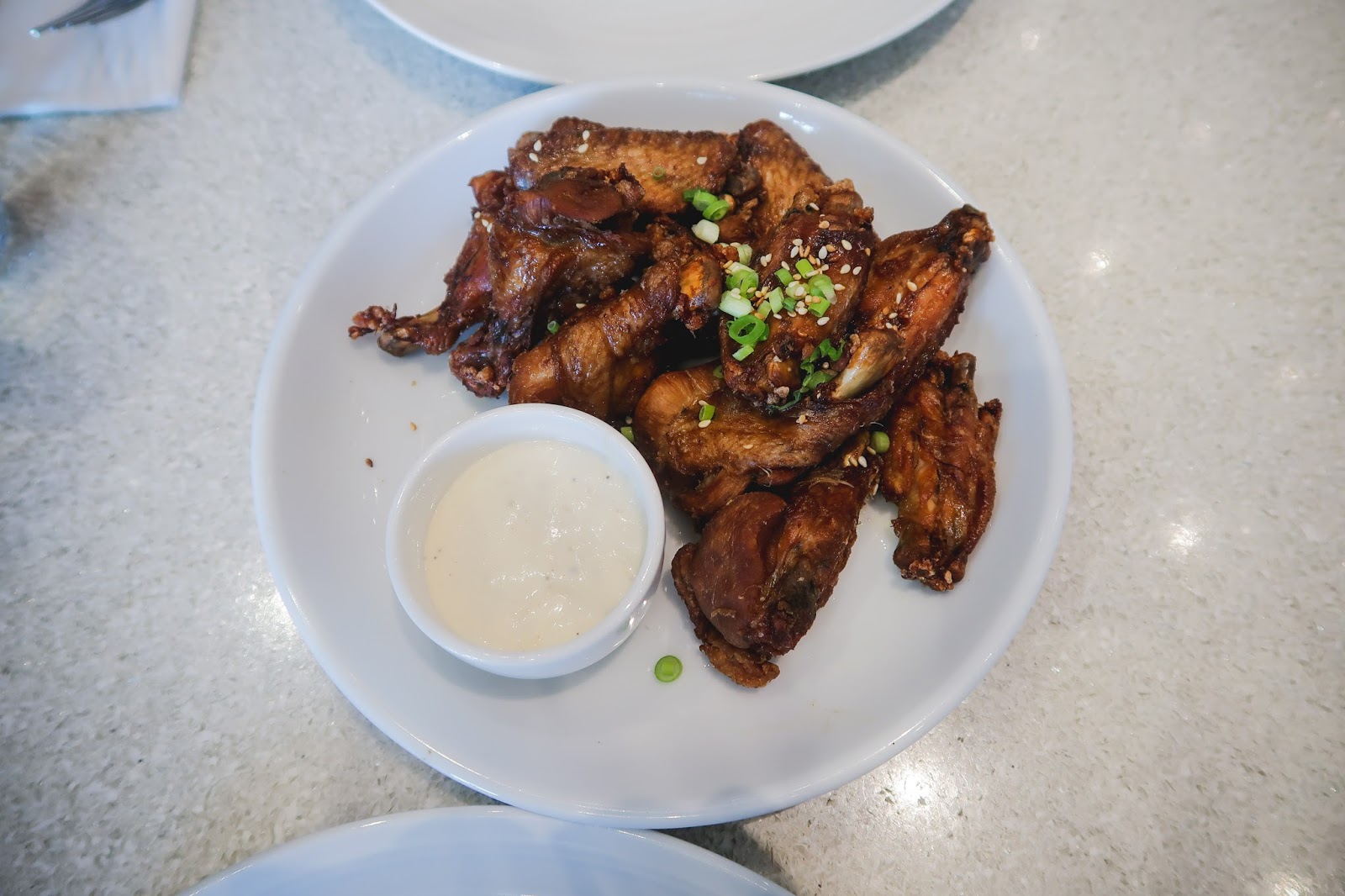 Next up, we have "Sarsa", in English meaning sauce. I'm not sure if the restaurant is supposed to live up to its meaning at any given point but just in case you're wondering, that's what it is.

Anyway, this is another hipster restaurant that serves Filipino dishes with modern fusion twist. Their popular dishes include, and of course we tried, Sizzling Kansi which is buffalo, Pancit Palabok - extra saucy by the way, Kansi soup, and this grilled tofu skewer which I've forgotten exactly what it's called but you get the picture.

The portions are all good for at least two persons so it's best shared. But since Pierre and I ordered so much, we we're able to finish them all that we had to take some back to my apartment. Honestly though, we also never got the chance to eat the leftover given that we were always eating out so take it from us, just order what you think you can finish.

The branch we tried is in Mall of Asia but I believe there are other branches of Sarsa across the Metro so go find one and try when you can. Making this list as well is the Great American Burger joint - a burger stall in the food court of SM Aura, BGC. I know it's not so special but I like this burger joint in particular because they are legit, freshly made burgers. That's kinda hard to come by given the vast amount of fast food chains in the Philippines all serving what they claim to be "fresh" burger, looking so promising in the ads, only to disappoint once served. But this joint doesn't disappoint as much as the rest of them and as you can see from the image below, that's definitely bistro burger quality only made in a fast food stall. 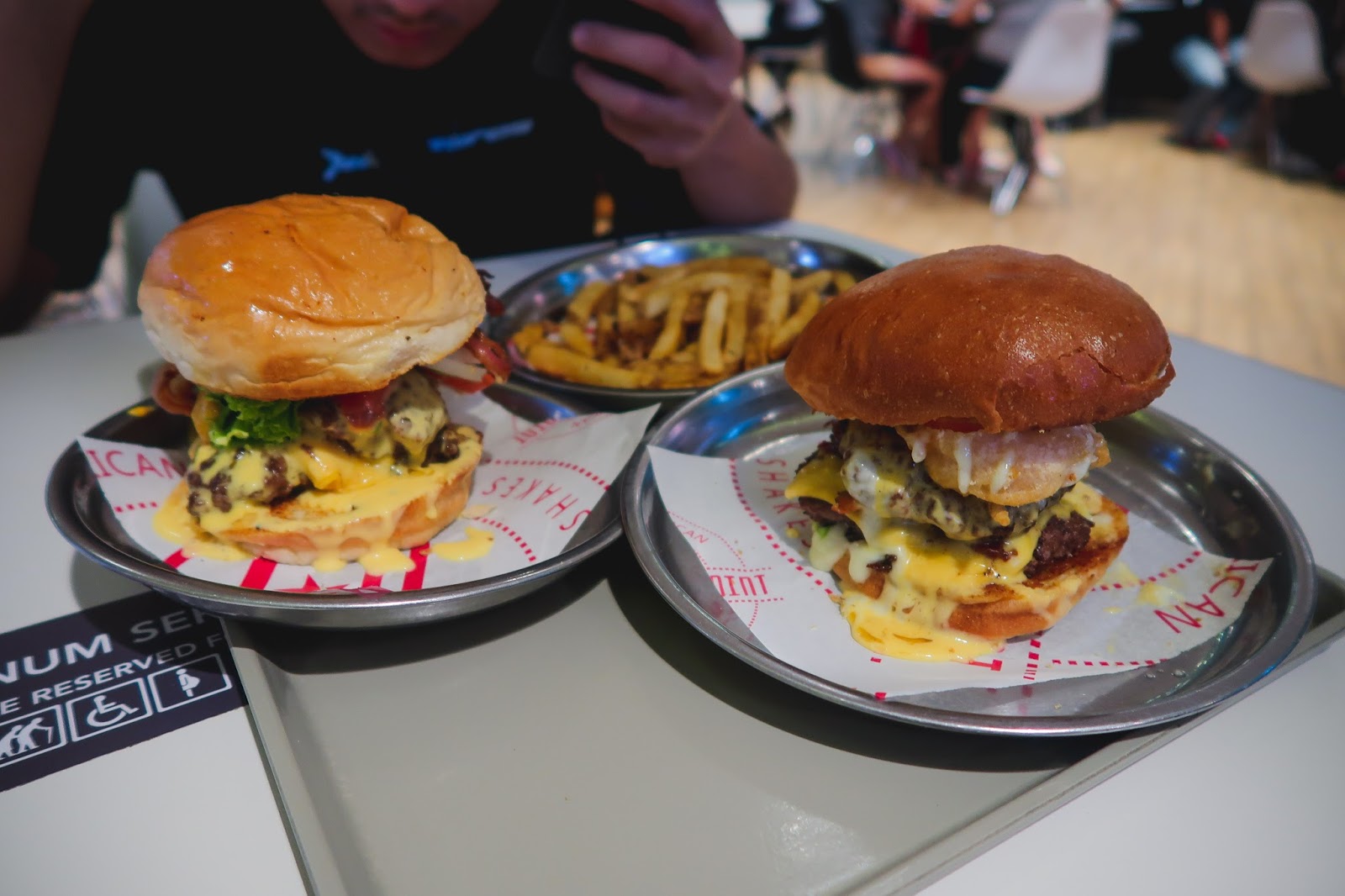 Now let's move on to street food. I'm pretty sure you can find street food in any corner of the Philippines, but there's no guarantee that they're all clean nor safe. One area that does have a good reputation by word of mouth though, is the street food area within the University of the Philippines complex. You didn't hear this from me as I just heard it from people who told me as well. And to be honest, the area is hard to find, with some even saying it has already closed down while we were driving around the complex trying to locate. We found an alternative though, also within the UP compound, which is this corner right next to what seems like a market place. They have most of the street food items that I missed in the Philippines so Pierre and I, along with his relatives all dived in.

No joke, we literally finished their stock of fish balls - that's how much we ate that day. We also had Kikiam, squid balls, some dynamites, and siomai. Not pictured here but in true Filipino street food fashion, the little orange balls known as kwek kwek is also a must try so while you're at it while street food trippin' in the PI, give it a go as well. 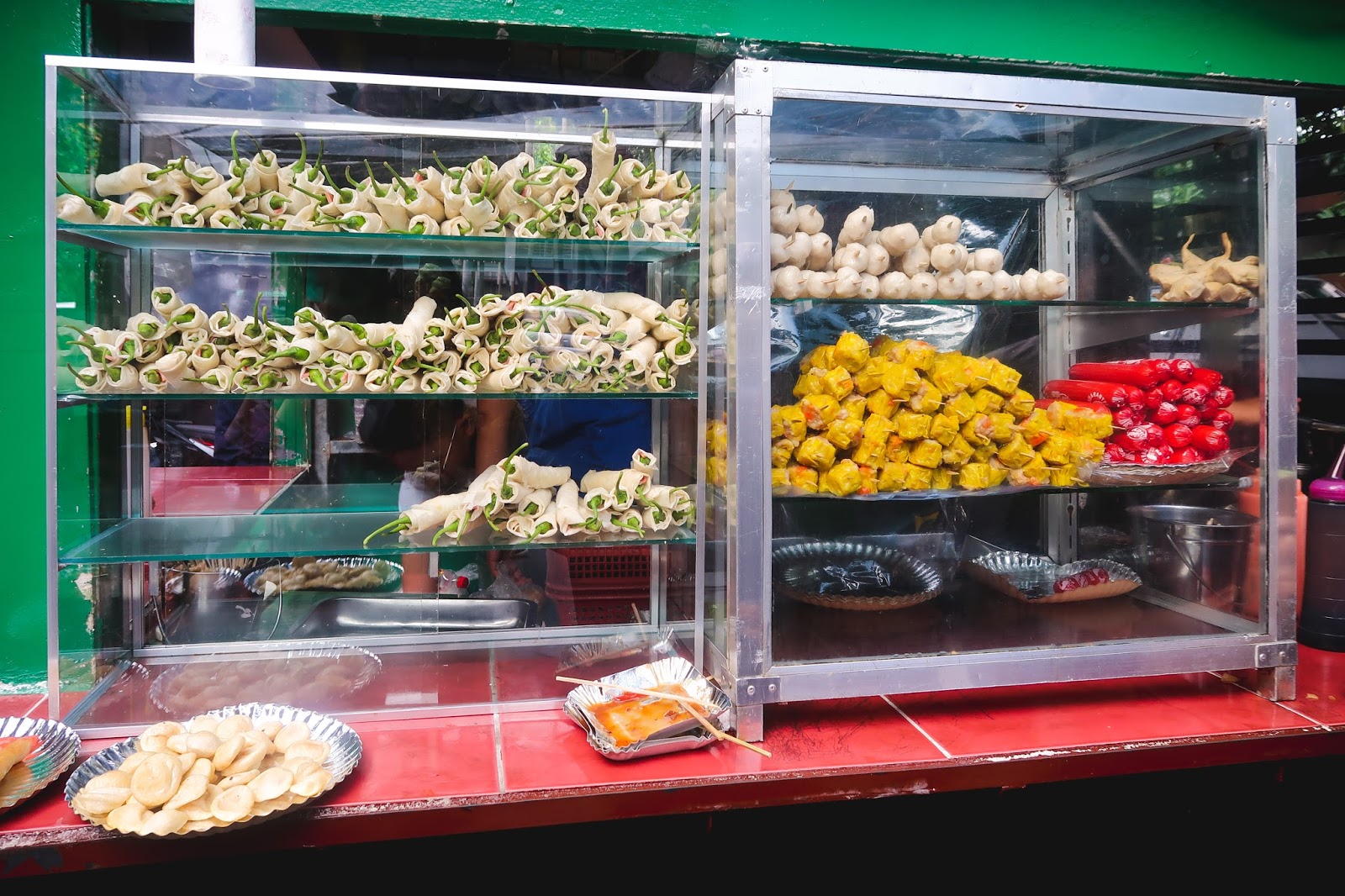 Then of course we have some dessert that I'm not gunna get into so much details but I do have to say that most Filipino kids grew up to the two sweets pictured below, namely, dirty ice cream and ice-candy homemade style. I was lucky that I got to experience growing up as a kid in the Philippines for a while before my mom took me back to Macau so these are also something I remember from my childhood and going back, seeing these definitely always makes me want to relive those days with my grandma by trying them. My favourite dirty ice cream flavor is, of course cheese and guava, and for ice cream, definitely mango. 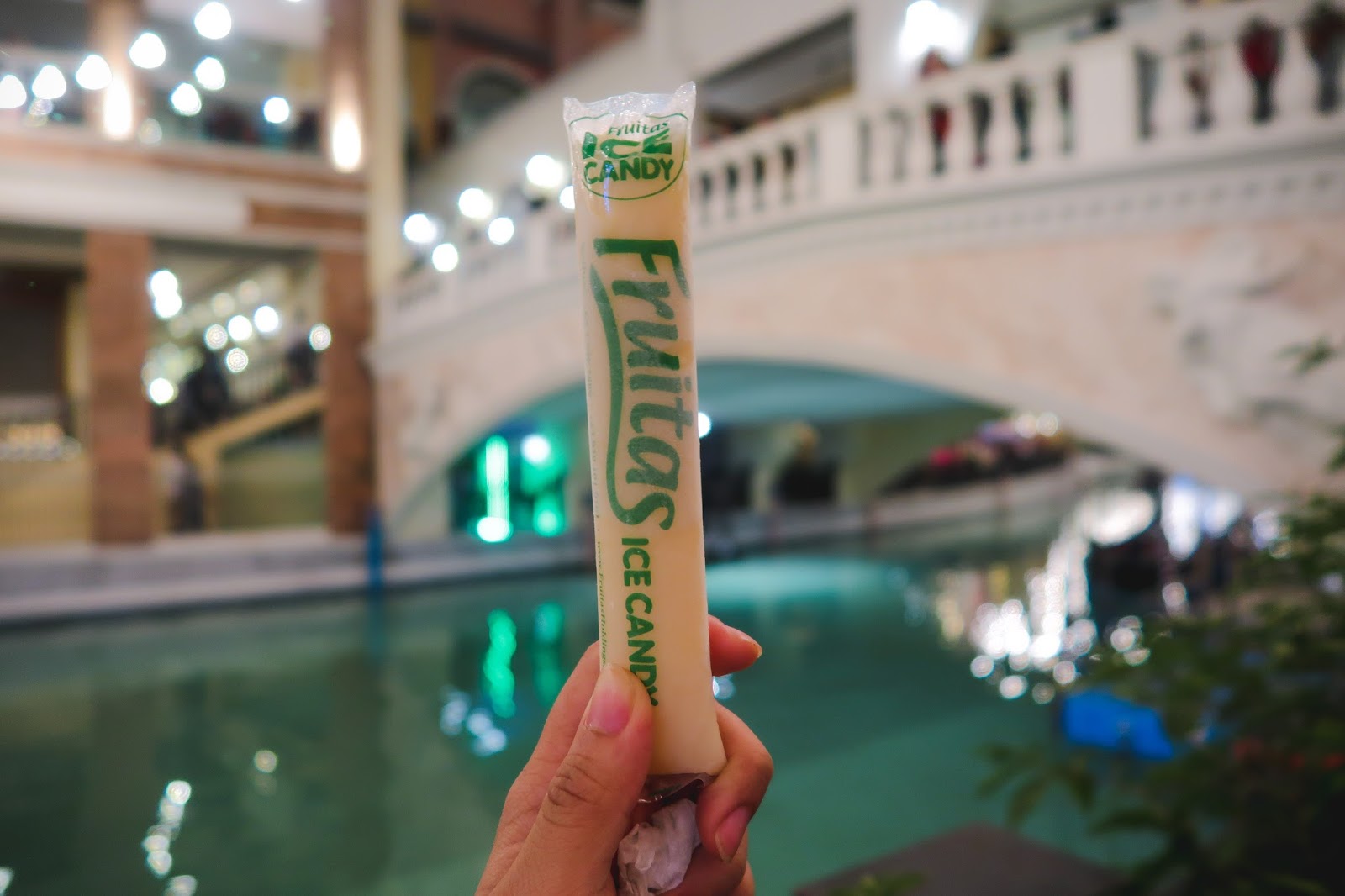 Well, that is it you guys, I hope this post is insightful if you ever plan on visiting Manila and are curious on what or where to eat. Of course, I'm no foodie expert and all these recommendations I have are based on my personal experience and preference on taste so take them with a grain of salt.

Anyway, stay tuned for my next entry as we go back to the usual outfits.