What I wore in Manila | Lookbook by iPhone 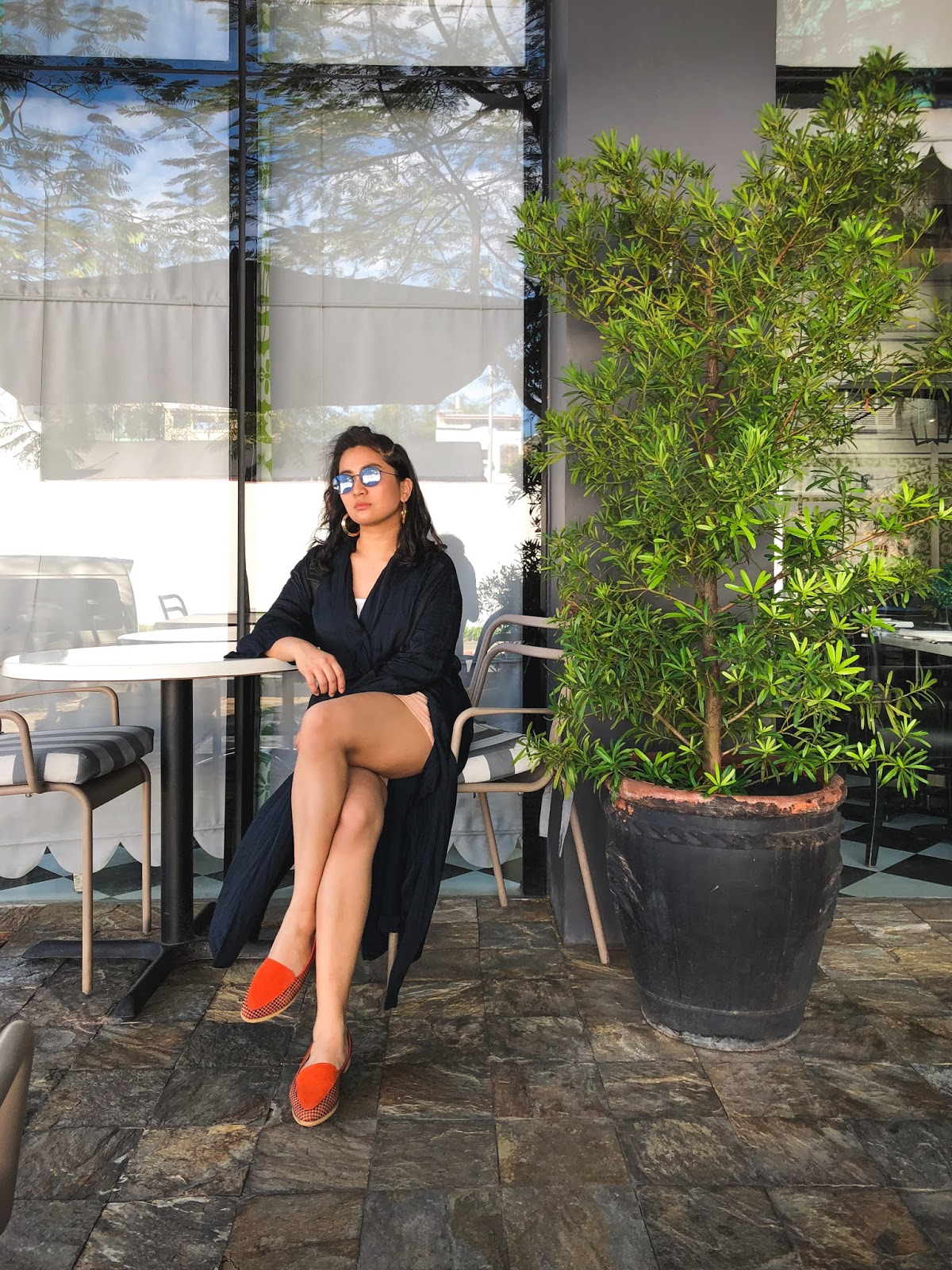 I think this is a little late given it's been 2 weeks already since my only recent travel to Manila and yes, if you're an Instagram stalker, you'd have already seen these images but it's customary for me to share nearly every outfit that I wear on this blog - the good, the bad, and the ugly; the hits and the misses, in any form of visual possible and so here we are with another better late than never post.

It's funny because I have loads of content drafted or if not, waiting to be edited, post-processed, or whatnot in my drive and yet I still don't manage to have my entries up in a timely manner. I'm struggling, not for the lack of time but quite the opposite. I have so much time on my hands I'm swamped with activities that I planned but it seems I can't keep up with myself. There's the youtube channel which I vowed to really focus on growing and mind you, I think I'm doing fairly well; then there's all the books that I can't bring myself to close until I've read the last page (or until my eyeballs turn red from exhaustion); then we have the keyboard and the guitar; then there's travel planning because you know, travel season is coming upon us and a year doesn't go by that Pierre and I don't get out of the country between the months of May through August. But I might have mentioned somewhere that the last quarter of this year is also dedicated to more travels because, for some reason, marriages are popping out of nowhere and suddenly we're surrounded by couples decided to get married in different parts of the world; then again I still have house chores, by choice and not by force if you must know; a task that I've taken upon myself which is to rearrange and redecorate our place, not realizing that it is in fact very time consuming; and then there's going back to working out and all that; then I have this little tasks and events to attend to on behalf of Macau Lifestyle which, though fun, can also take up time; and then there's Penguin, who is, of course, priority among everything else, and so when he asks to go out at any time of the day, what do I do but drop everything and say yes of course. I'm not complaining, not at all. I always knew I'm the kind of person who can't just sit around all day and do nothing; I always have that urge to move,  even if it means just going down to the grocery store and buying vegetables, or cooking a dish that no one would eat, or doing the laundry while I watched TV because I don't consider watching TVas being productive you know. It's not. So everything is designed by choice. But the point is, I think I'm trying to be overly productive that I end up not being productive in all aspects. It's not a bad thing. Not a good thing either. So now I gotta just stop and prioritise. 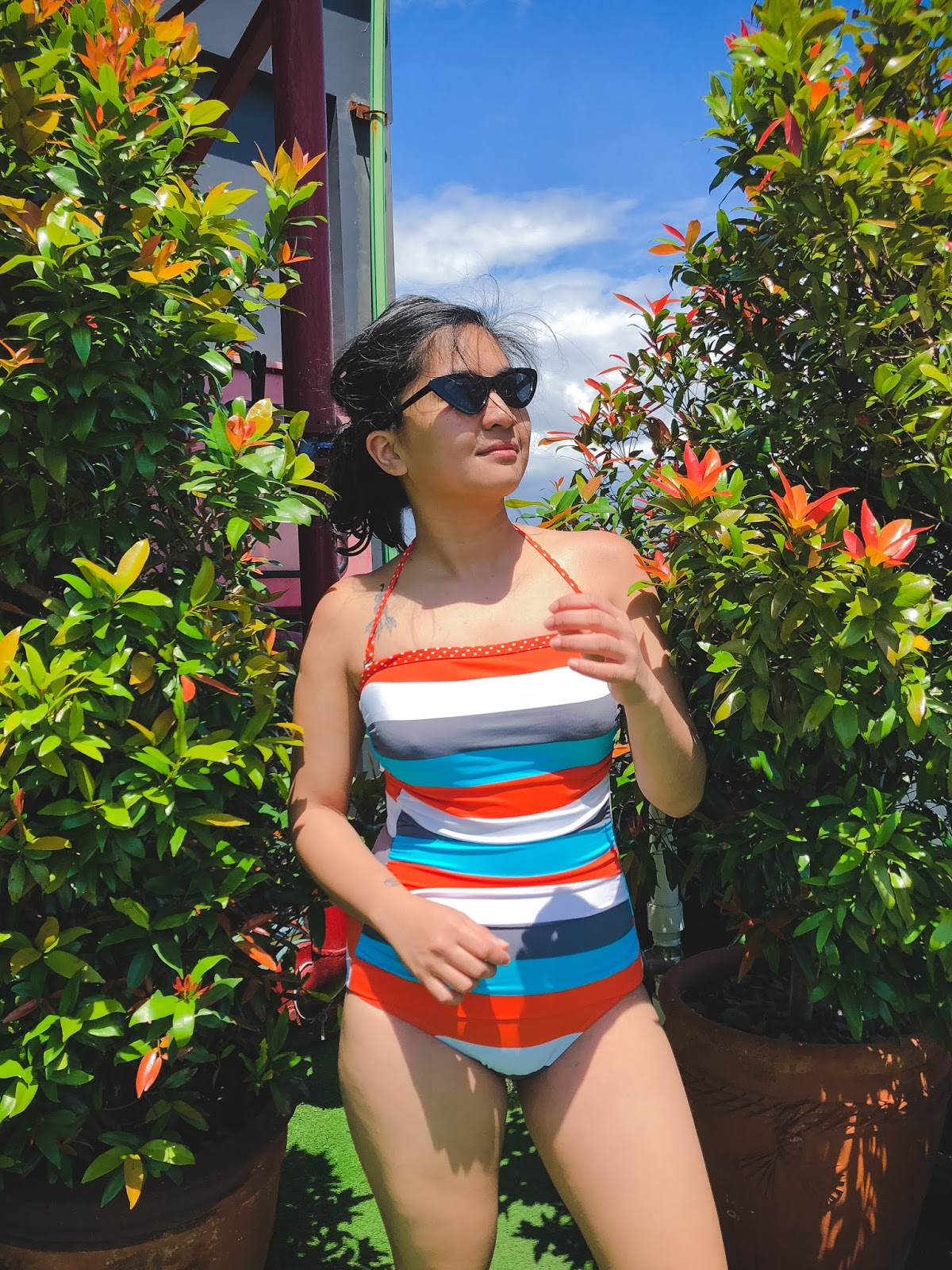 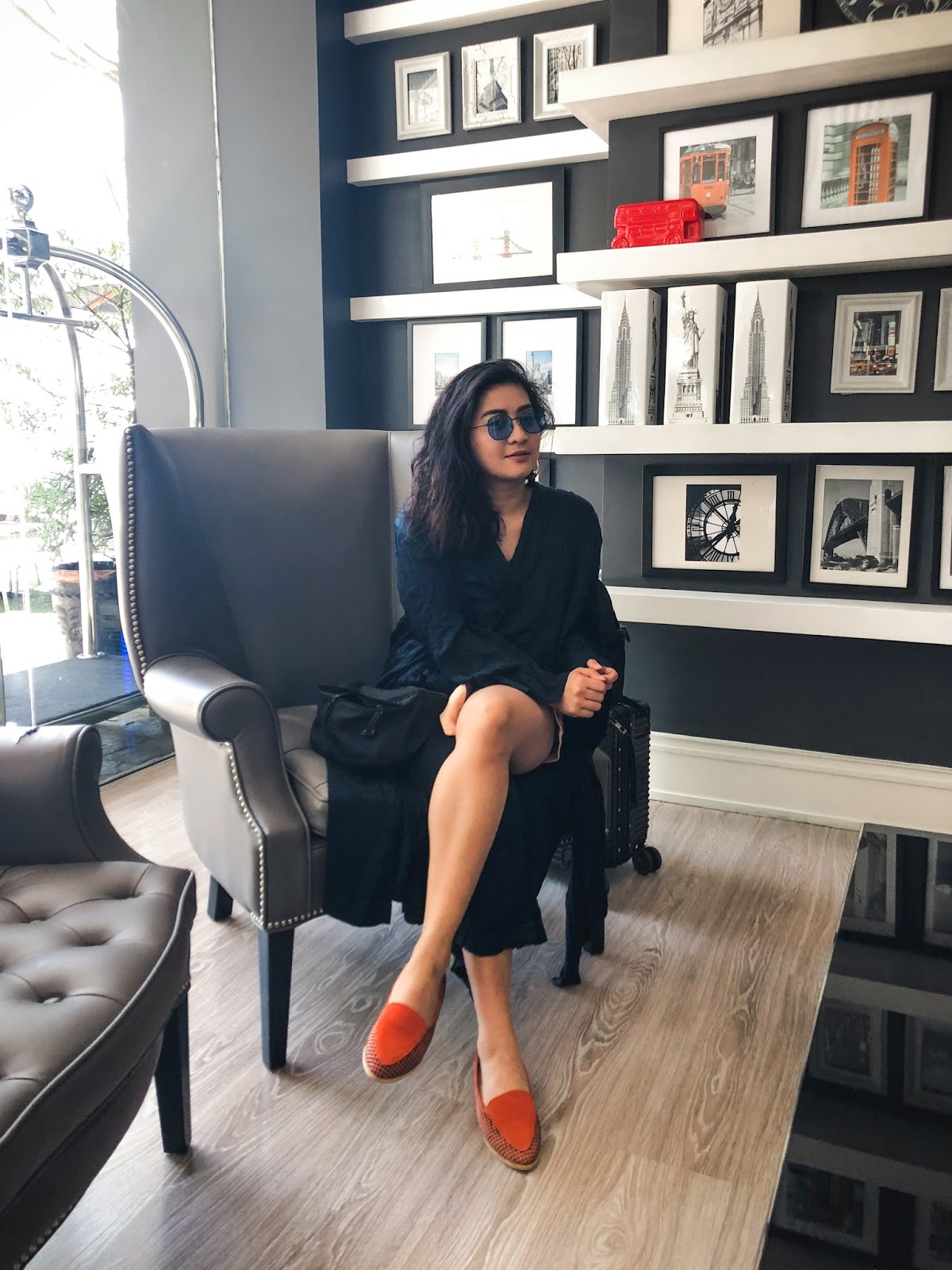 Anyway, we're far off now so let's get back to the topic at hand. Manila outfits.

Obviously, when we went there, it was sunny and so I had to bring clothes that would allow me to withstand the heat. We were just there for three days, merely, so if you wonder why there's not much to this lookbook, that's why. Our first day was dedicated fully to the Wanderland Festival so if you want to see what I wore, view my post on the festival.

Then on our second day, we took advantage of the hotel facilities hence the swimming pool. I can't tell you how amazed I was with Azumi Boutique Hotel, it's not what I expected at all. I thought it would be just one of those 3-star hotels that only gives you what you pay for - a bed and a barely considerable bath. But this hotel was on a different level for their price point. They have complete amenities and facilities like this rooftop pool overlooking Manila skyline; a spa; an Instagram-worthy lobby; a lobby lounge that people actually lounge in; well-groomed and mannered staff; great service; so overall it was a really wonderful stay for us. And I'm not sponsored or being paid to write any of this though I wish I was/am but yes, that's just how satisfied we were. Am definitely recommending this hotel to anyone who's looking for a place to stay in the South of Manila.

Post water activities, we just explored the surrounding area; we went to Alabang Town Center and SM Southmall before heading off to stay with Penguin's aunt who's living close-by. We spent the rest of the afternoon through night there and I didn't bother taking pictures hence the lack thereof. Then the following day, it was time to go.

We had a bit of time to kill so we headed back to ATC for lunch and a quick last-minute shopping round before hitting the road to the airport. A three-day weekend getaway just as perfect as it could be. 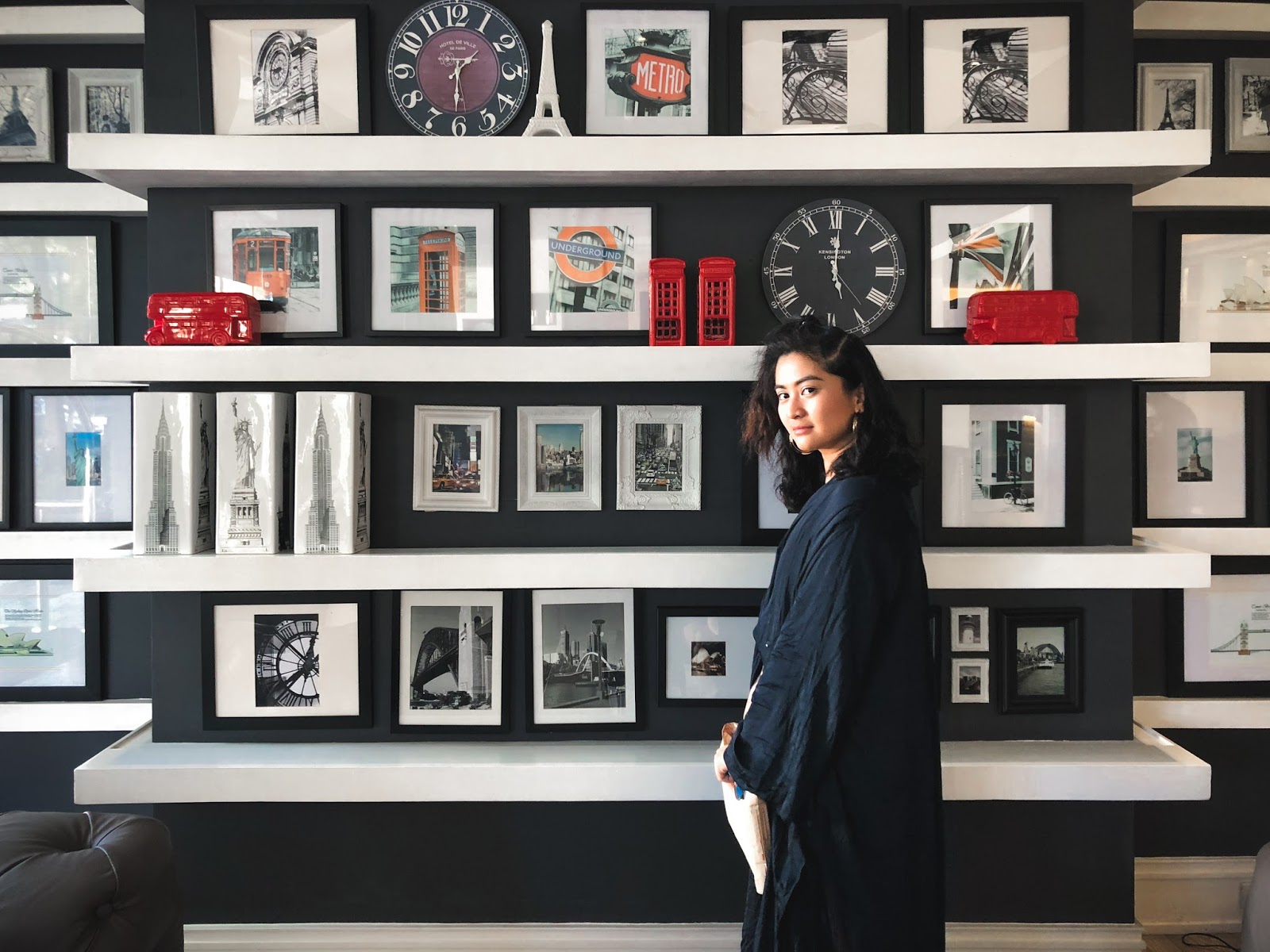 I know I haven't been travelling a lot lately and it's a good thing, for my end at least, because last year was just too much flying around I could barely keep my feet on the ground. But I will be on the road again soon, as mentioned, there's a few trips in the works and if all goes well then you'll be bombarded once again with non-stop travel entries. I'm not revealing anything yet until my plans are concrete. As you know, I left my job so my funds are running short and it's not as easy to book my trips now as it used to be. But if there's a will, there's a way. And like I also said, I'm the kind of person who needs to constantly move so I'll be moving alright.

Here's to positive thinking and more travels coming up!!!

Photos by Pierre Elma
all taken with an iPhone 8+