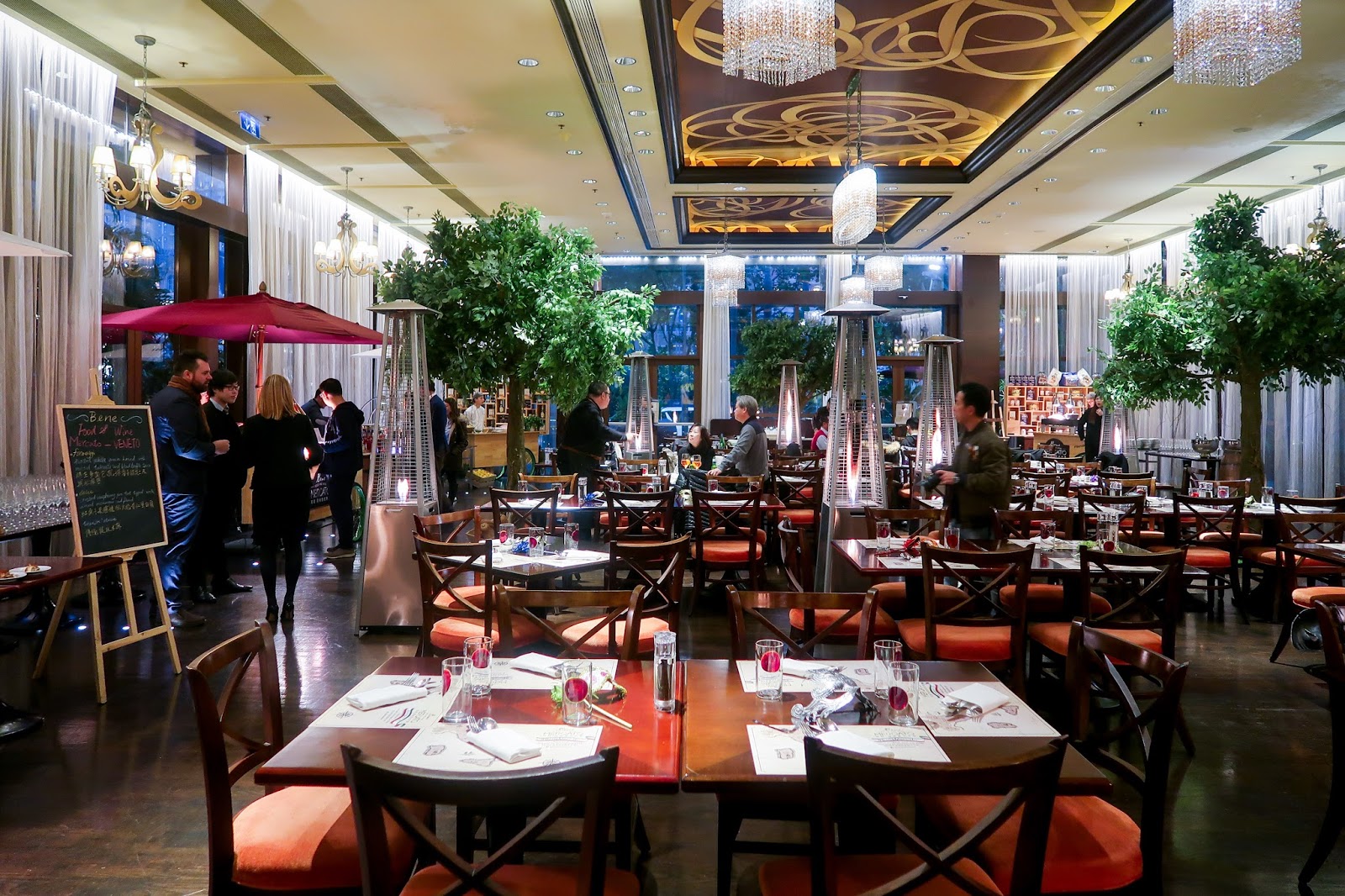 I know this is a little late as these images were taken in February but as mentioned several times in my previous entries, I have so much content that I haven't been sharing in a timely manner. No good excuse to offer, really. It's just me trying to do so much with the free time I have that I end up not being productive at all. But I'm trying now and here we are, I'm finally sharing this entry that's been sitting in drafts for almost two months now. This is still relevant though, so hear me out (or continue reading is what I mean).

So as some of you might be aware if you've been reading this blog or following along my Instagram stories, I'm a contributing writer to one online platform and one of the things I write about is food & dining. So this is one of those media nights that I attended on behalf of the magazine, at Bene.

A brief intro if you're not familiar with Bene - it's an Italian restaurant situated within Sheraton Grand Macao, and in my opinion one of the decent ones we have around. I personally like the vibe of the restaurant. It may look too sophisticated from the outside but inside, it's really chill. The restaurant is surrounded by glass walls allowing for natural light to illuminate the majority of the space so it gives off a feeling that you're dining alfresco even though you're indoors so that what I love about it. Bene is also one of the very few Italian restaurants the serve authentic Italian artisan Pizza (to my knowledge, at least) so for a proper pizza fix, this is the place to go to. 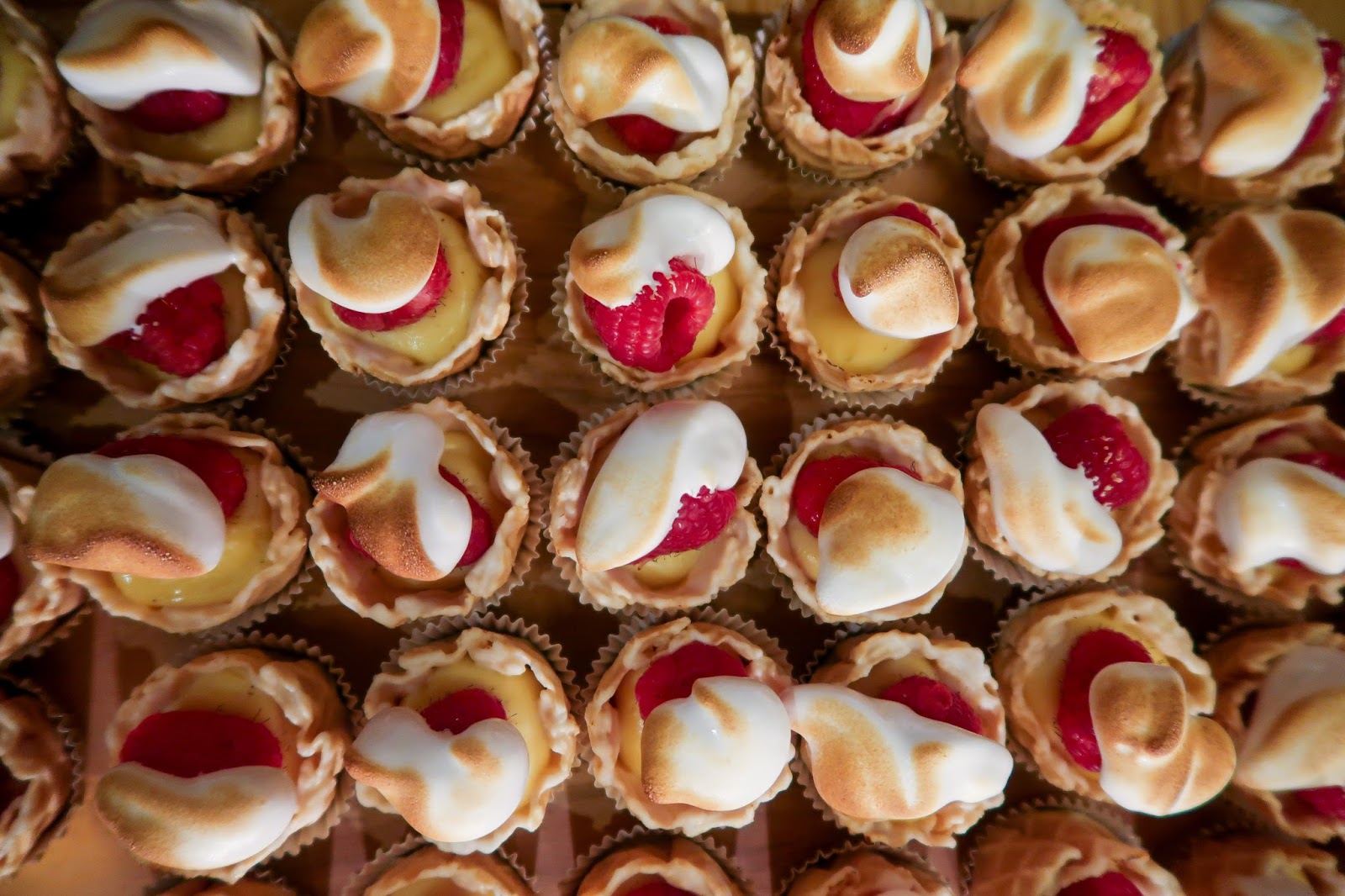 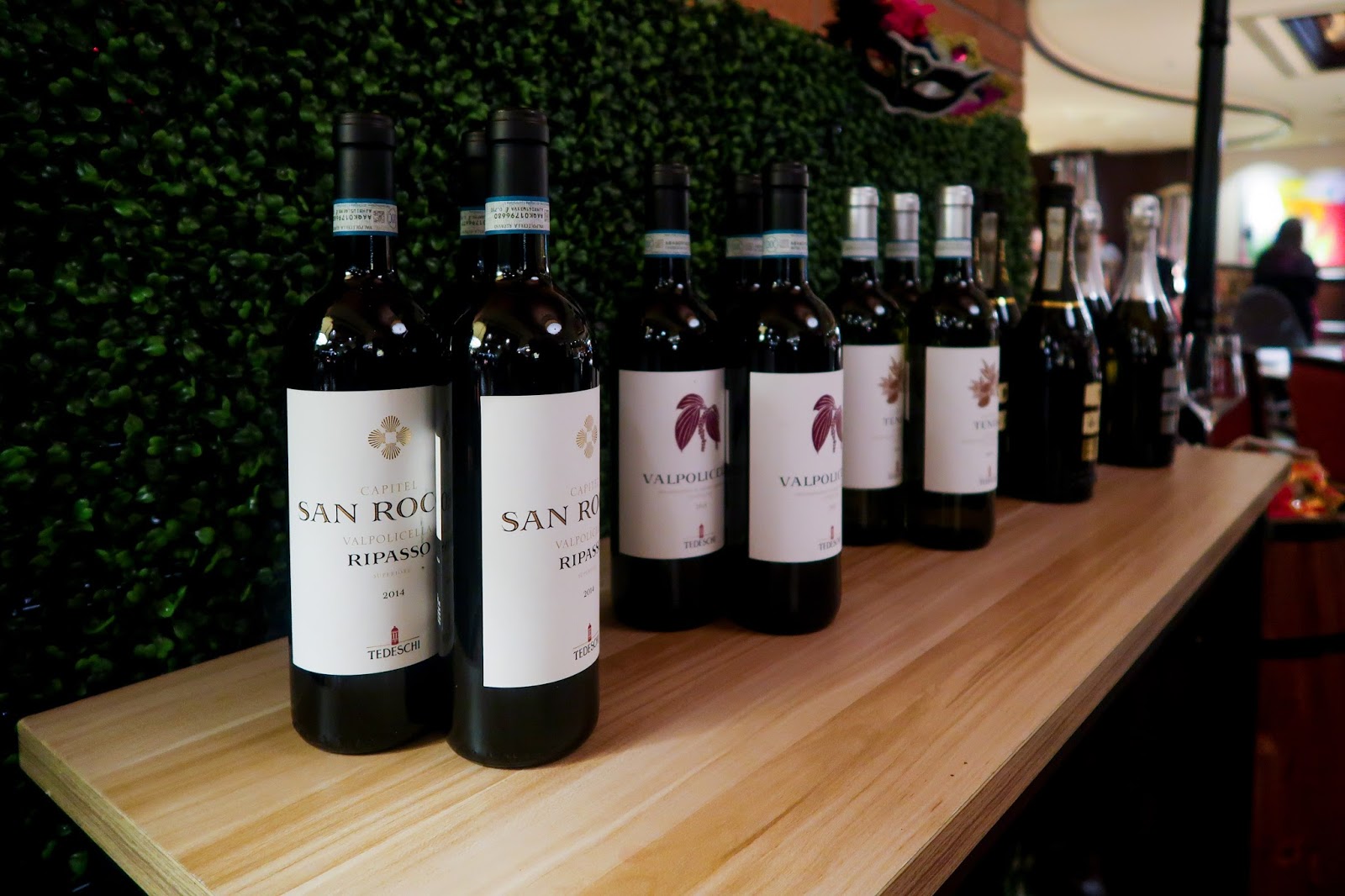 Now, every month on the first Friday and Saturday, Bene hosts an event called Bene Food & Wine mercato during which they feature cuisines and wine from different regions of Italy. The setting is a market-place and very interactive so it's great for meeting new people - chefs, wine experts, food enthusiasts; also learning about the different Italian cultures and gastronomy, and of course getting to savour various cuisines and taste high quality wines from that specific Italian region.

The night that Penguin and I attended, the region in feature is Veneto. It was our first time and we honestly did not know what to expect. The market setting got me curious because you know, Bene is a fine-dining restaurant and I couldn't imagine how a market-style setup would fit. Alas, it did. The best way to describe it is a buffet setting but instead of having all your options laid out in one long table, they're in booths.

So that night, we were able to savour this really juicy steak; fresh seafood which, as we all know is always a good idea when you're dining complimentary because quality seafood can be really expensive (just being honest here, folks); and what came to be our favourite, truffle fries! It's a bit shallow I know, but we were so engrossed by the taste and the smell, Penguin and I made it a point to buy a jar (yes, you can buy items with the setup being a market and all). 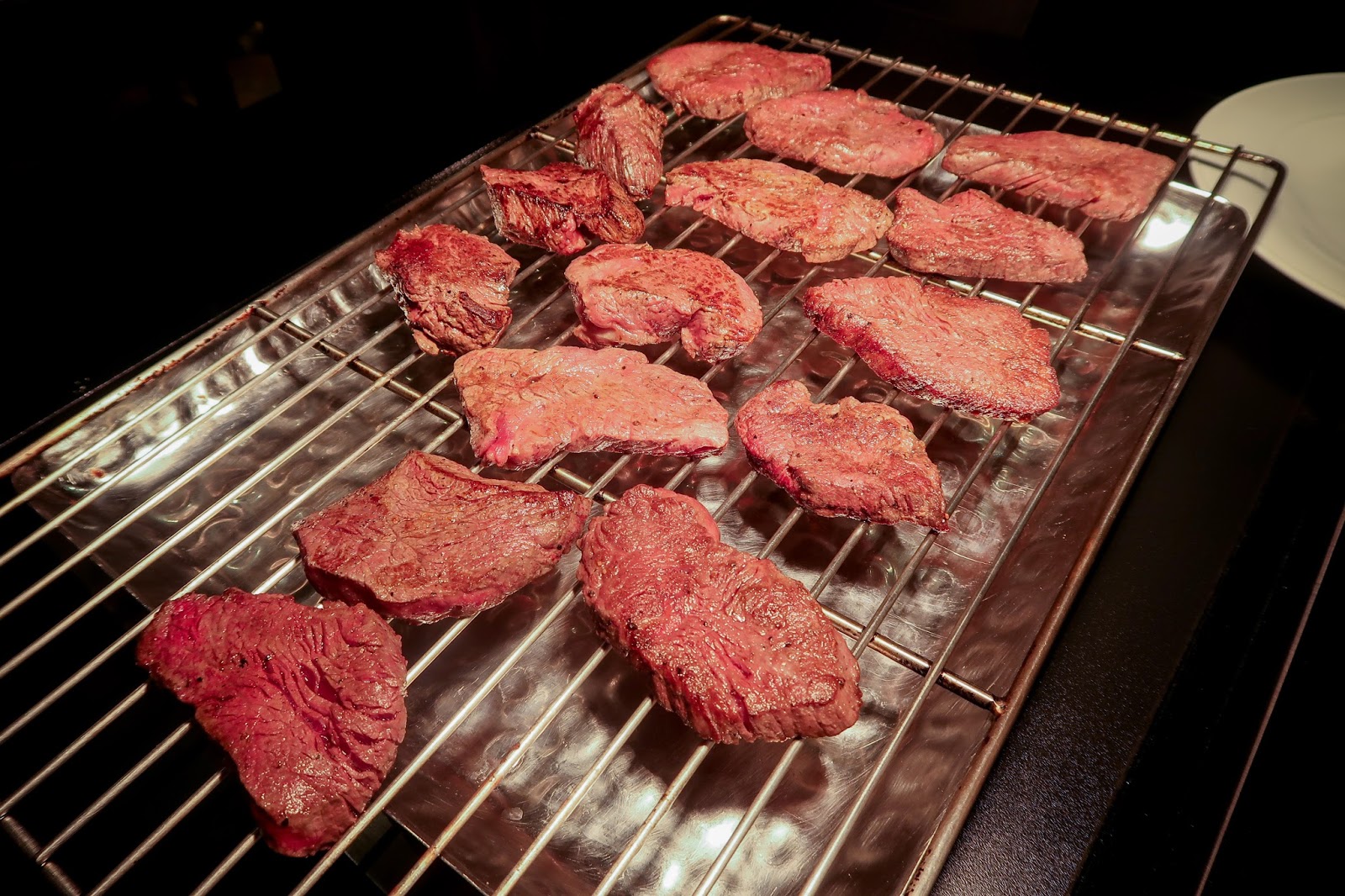 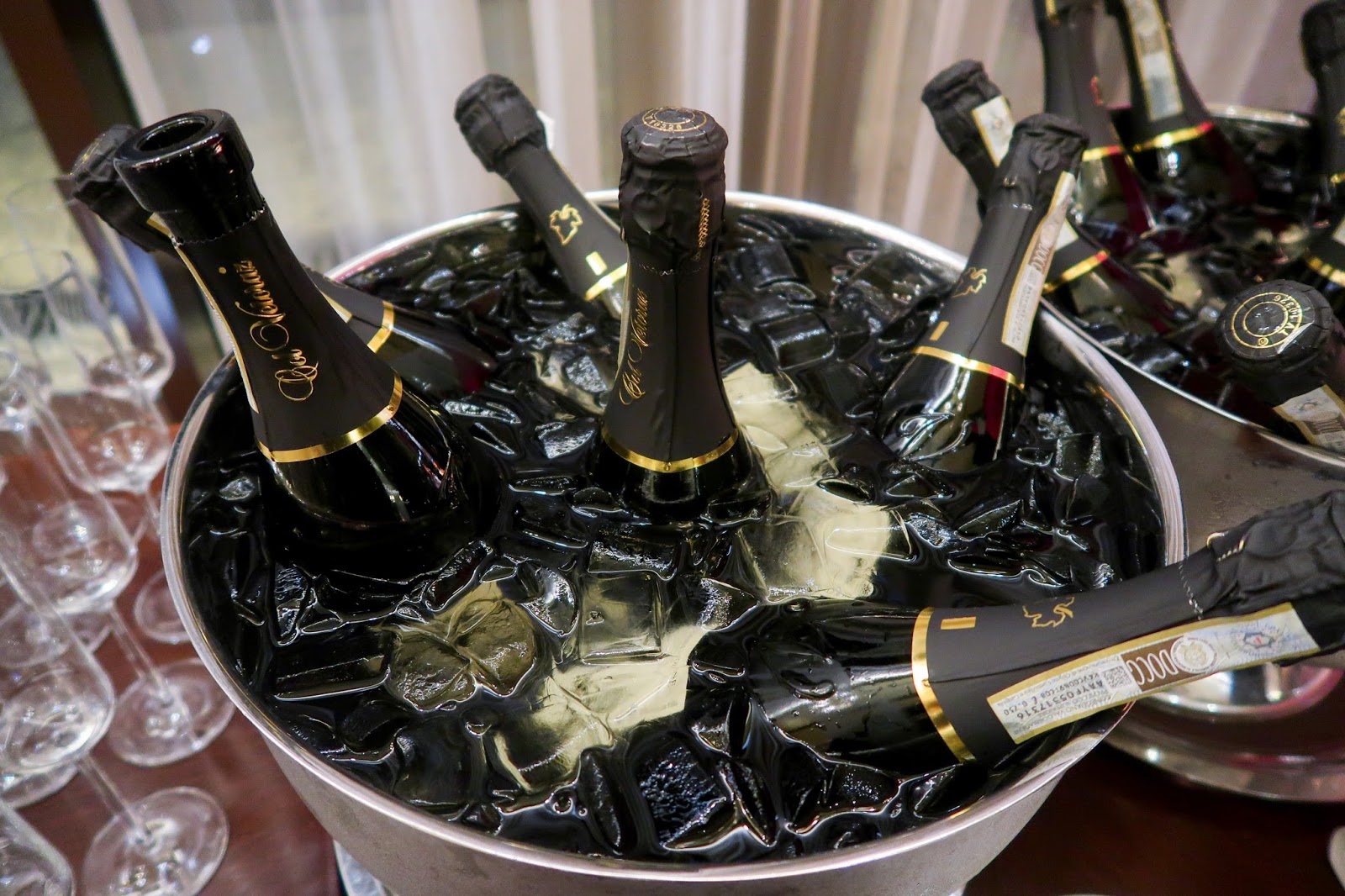 Then of course, we had a little too much wine and liquor as we dined. I did, at least. By the time we were done, I've had my fourth glass of 3 different kinds: One wine, one red, and one a cocktail similar to sangria except it was much sweeter; and am trying to keep myself from blabbing because I tend to get talkative when I'm intoxicated. Anyway, it's all good. After all, I'm generally a shy person despite opening myself up to the criticism of the internet through all my social platforms (believe it or not), and can barely start a conversation unless someone does it for me and I just butt in here and there, and you know with these kinds of events, you ought to be a bit more chatty so  that night, I didn't have to be awkward nor try so hard. Words just came out of my mouth casually and I found myself sharing stories with one of the PR persons about travels, the weather, and her dog. 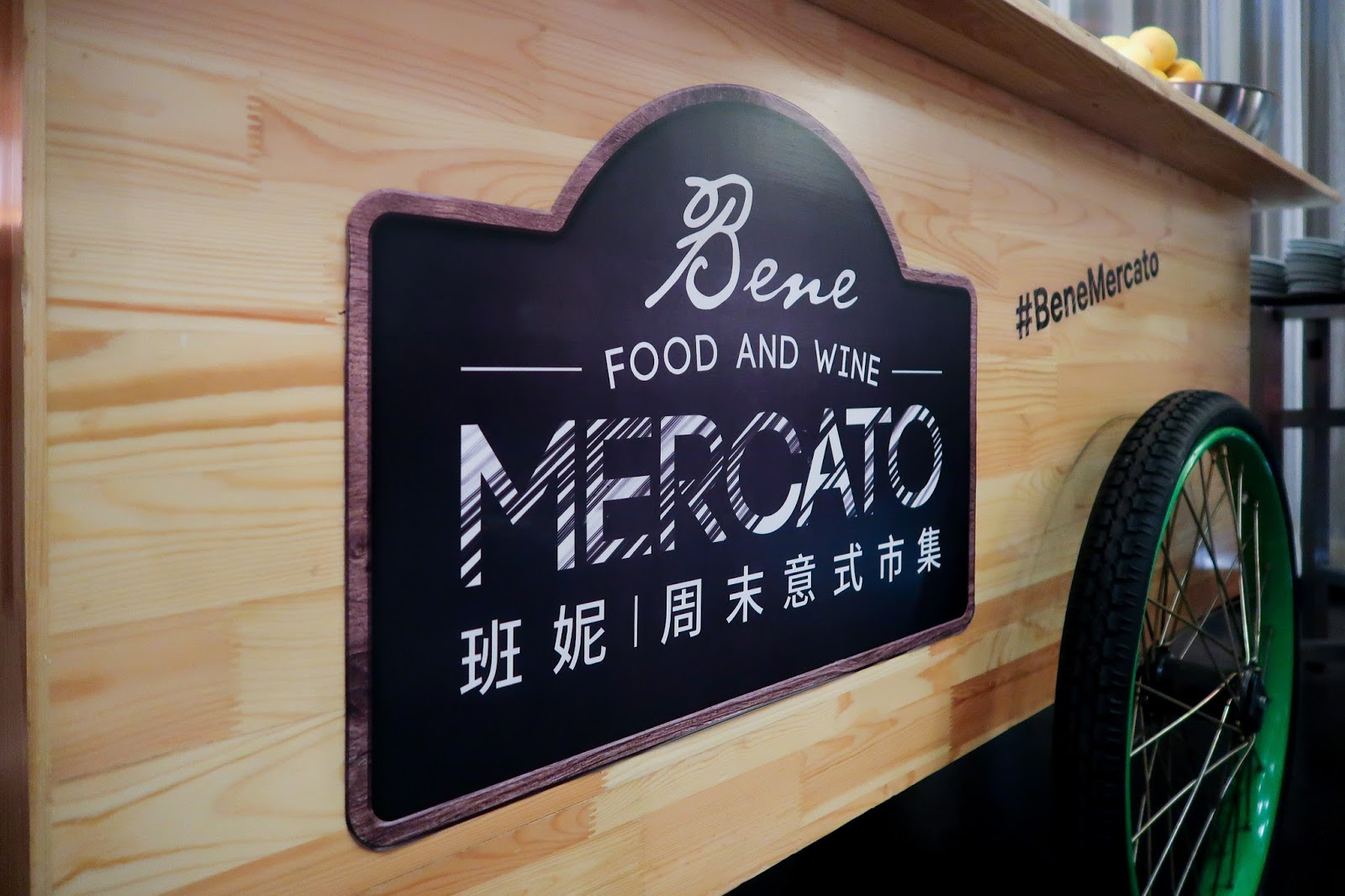 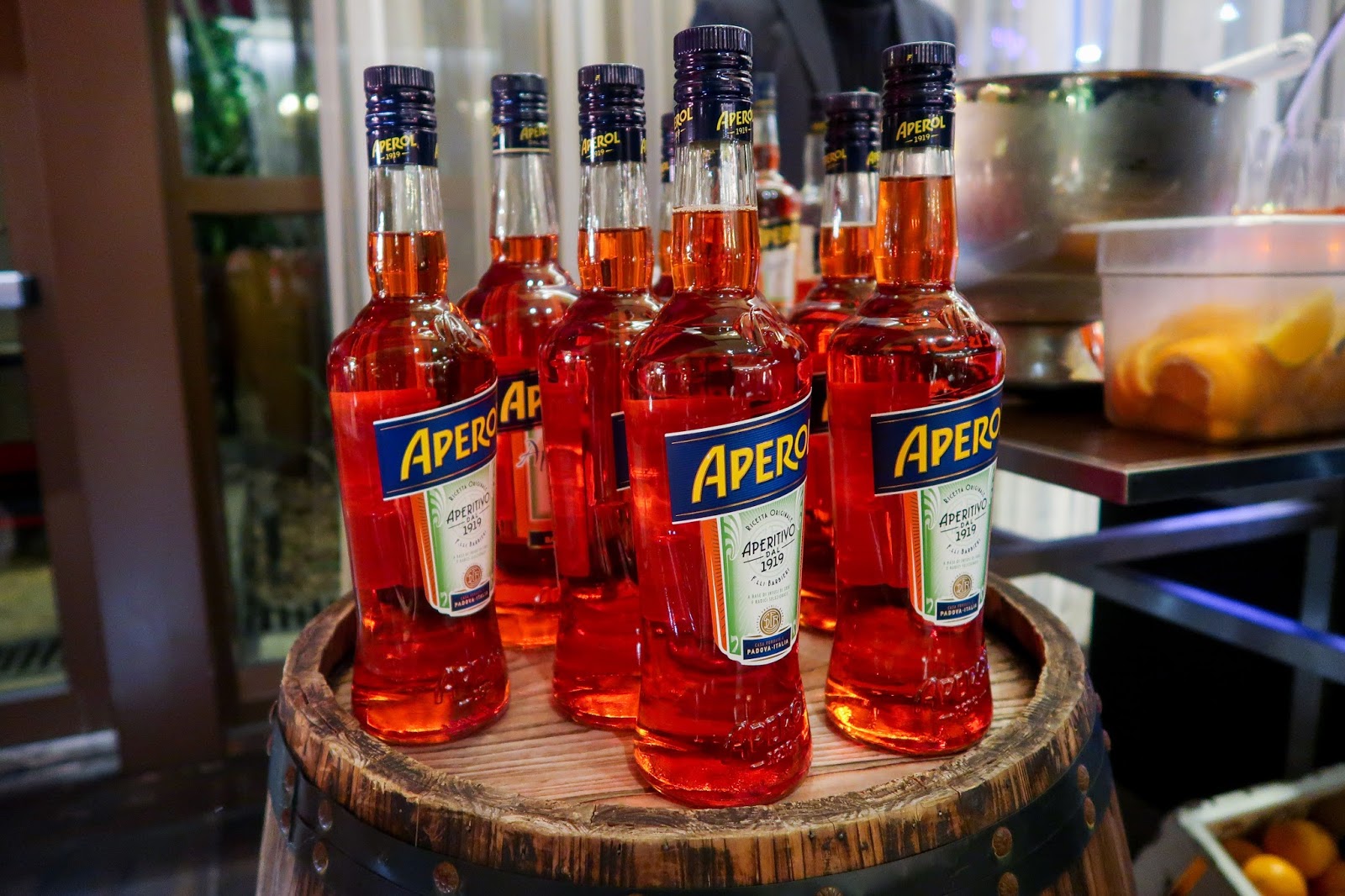 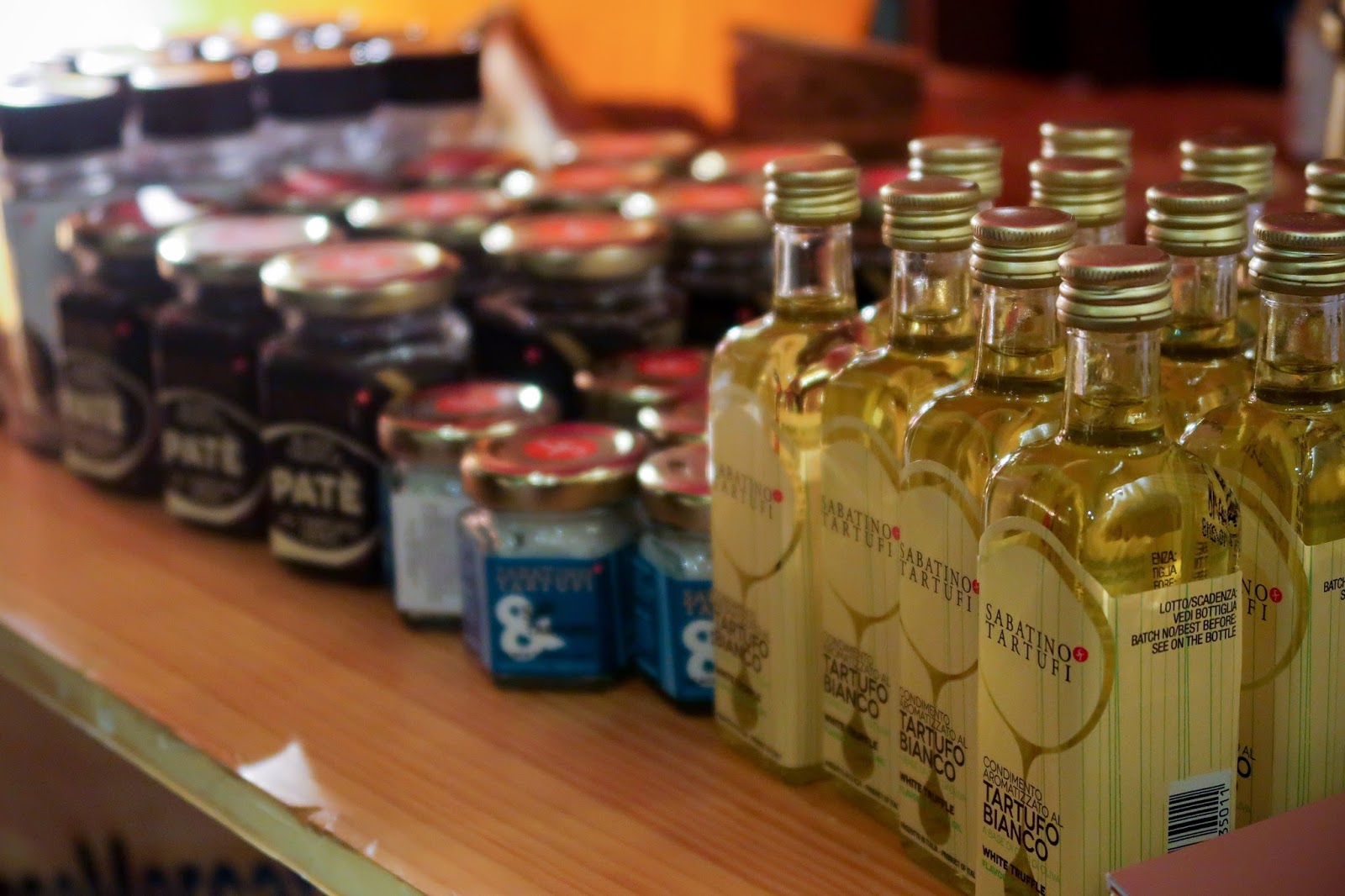 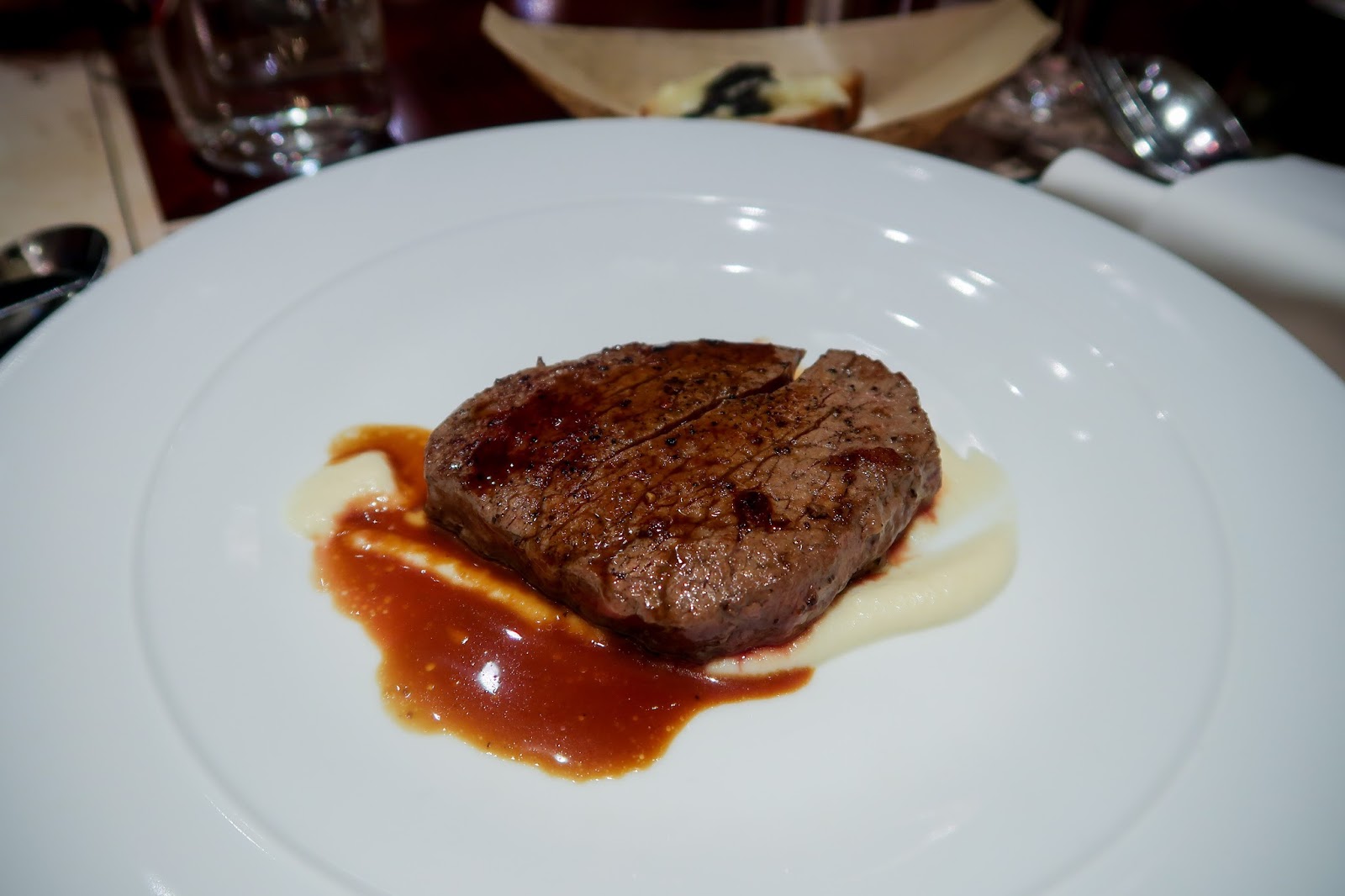 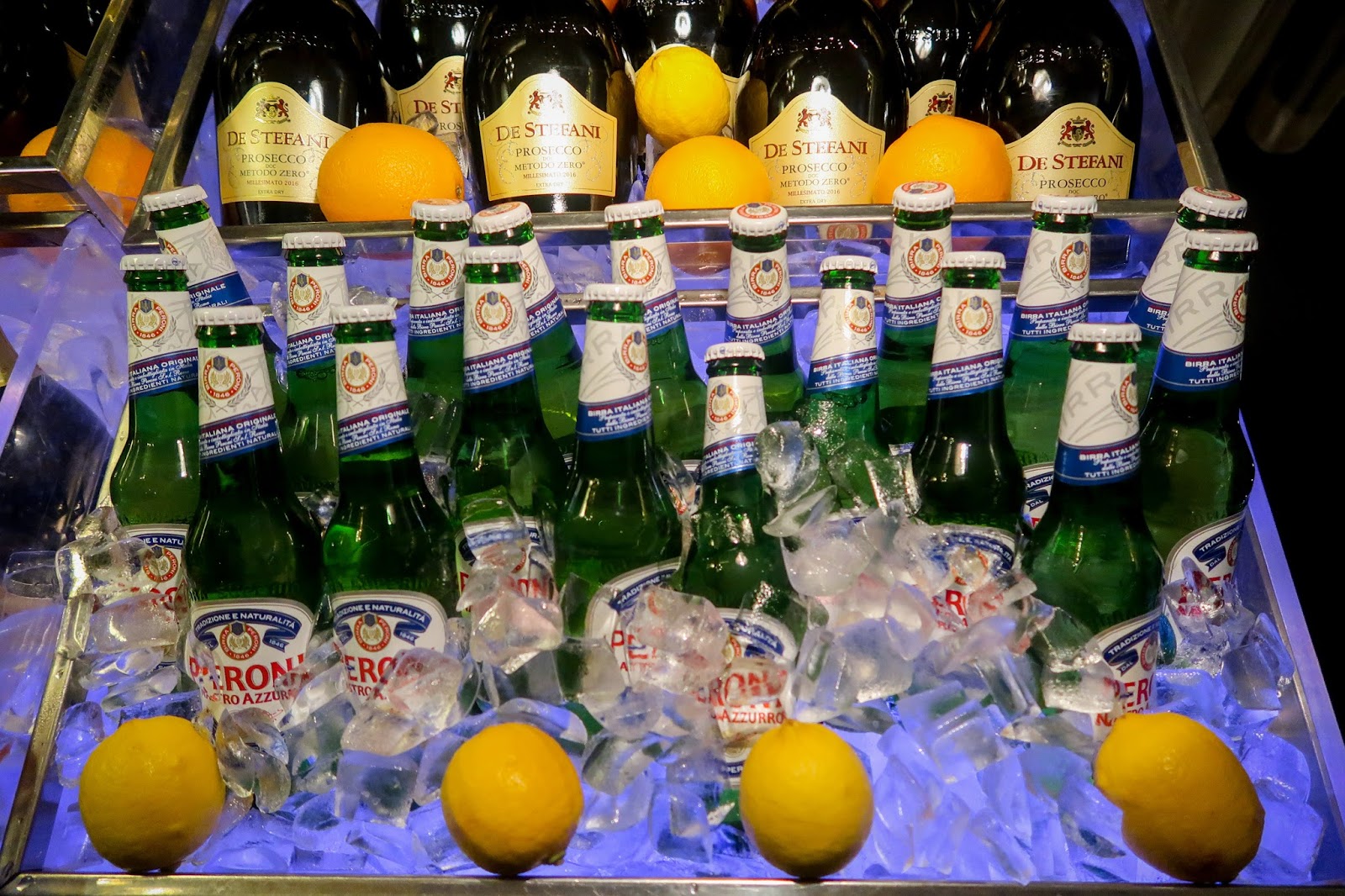 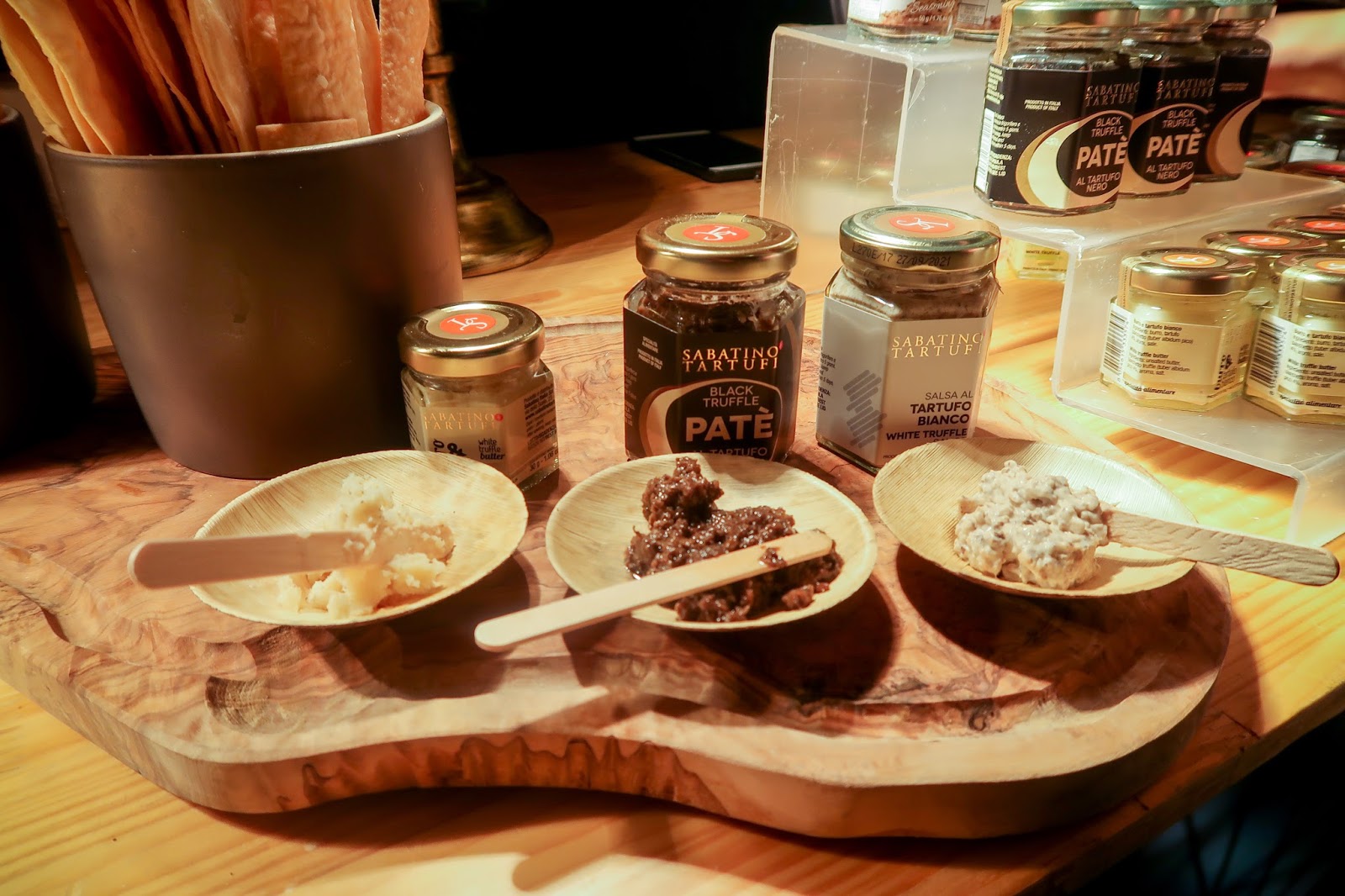 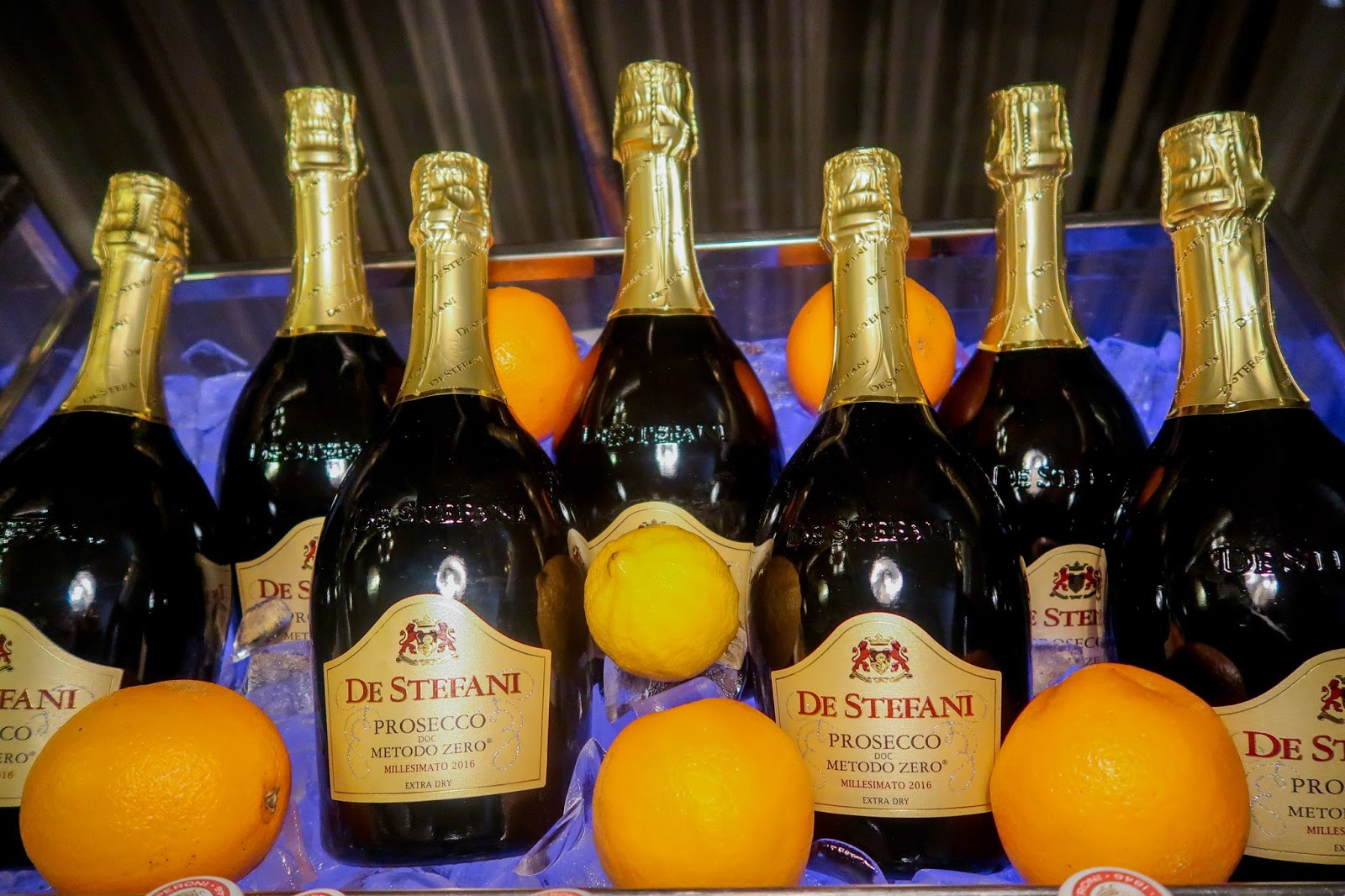 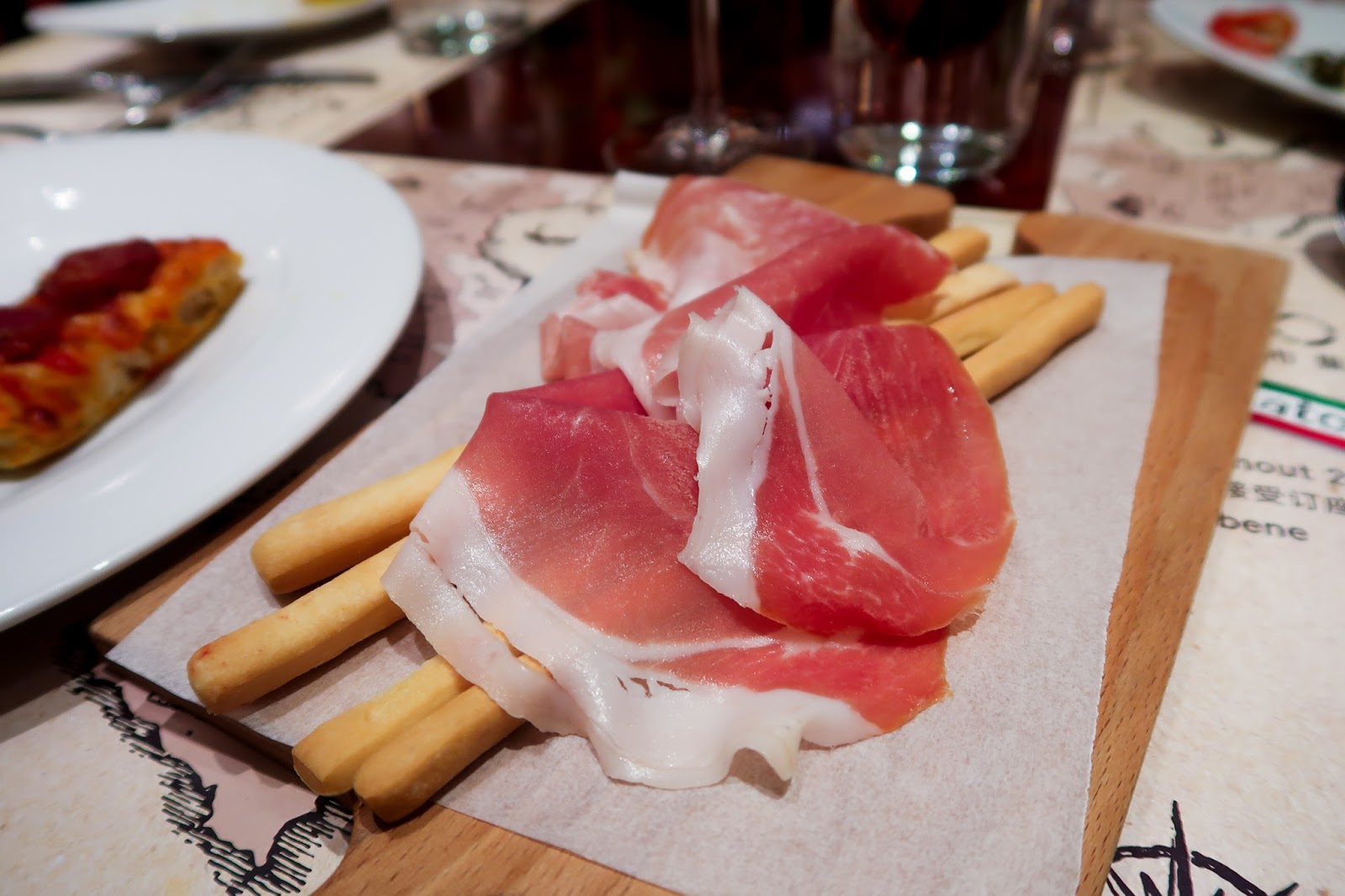 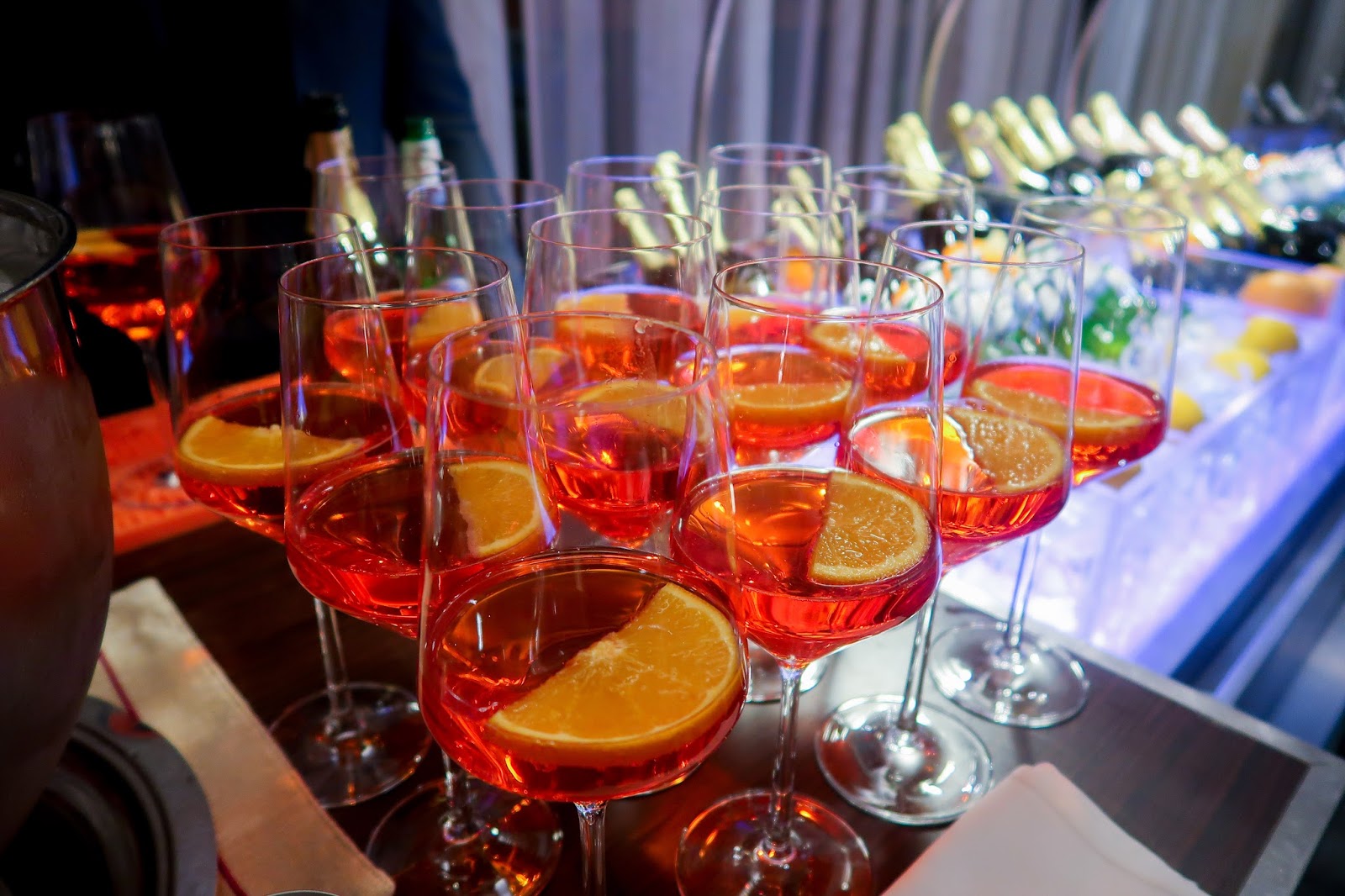 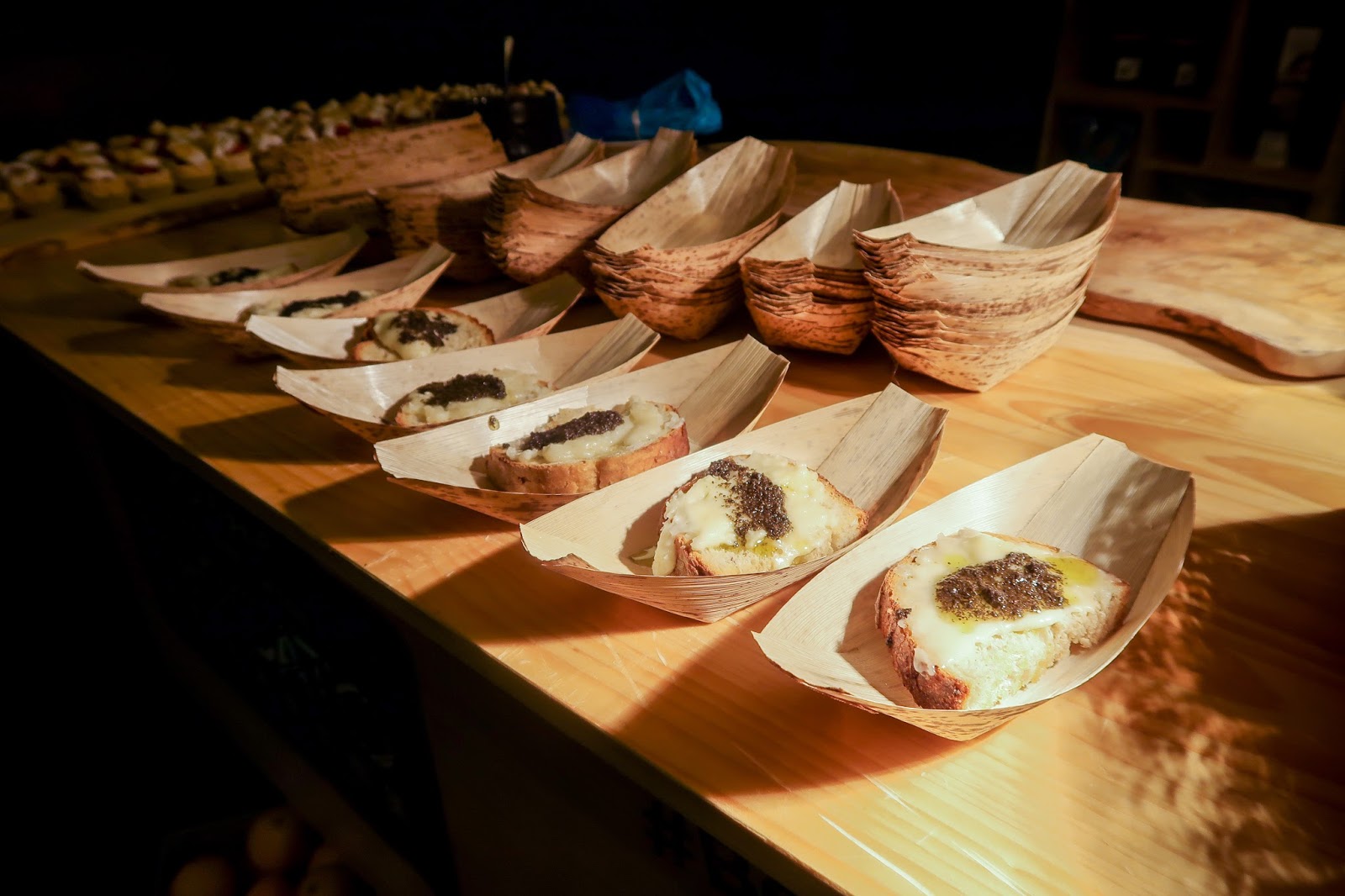 Anyway, back to the topic at hand. I mentioned that although this post is nearly two months late, it's relevant because Bene Mercato happens every month and this month, it's schedule for April 6 & 7, with Umbria as the region in feature. If you're  in Macau and are looking for something to do this weekend, perhaps give this a try. Granted, you'll have a wonderful dining experience.

Also, since this only happens on the first weekend of the month, space can be limited so best to make a reservation to secure a seat/table!

Photos by Pierre Elma and yours truly.