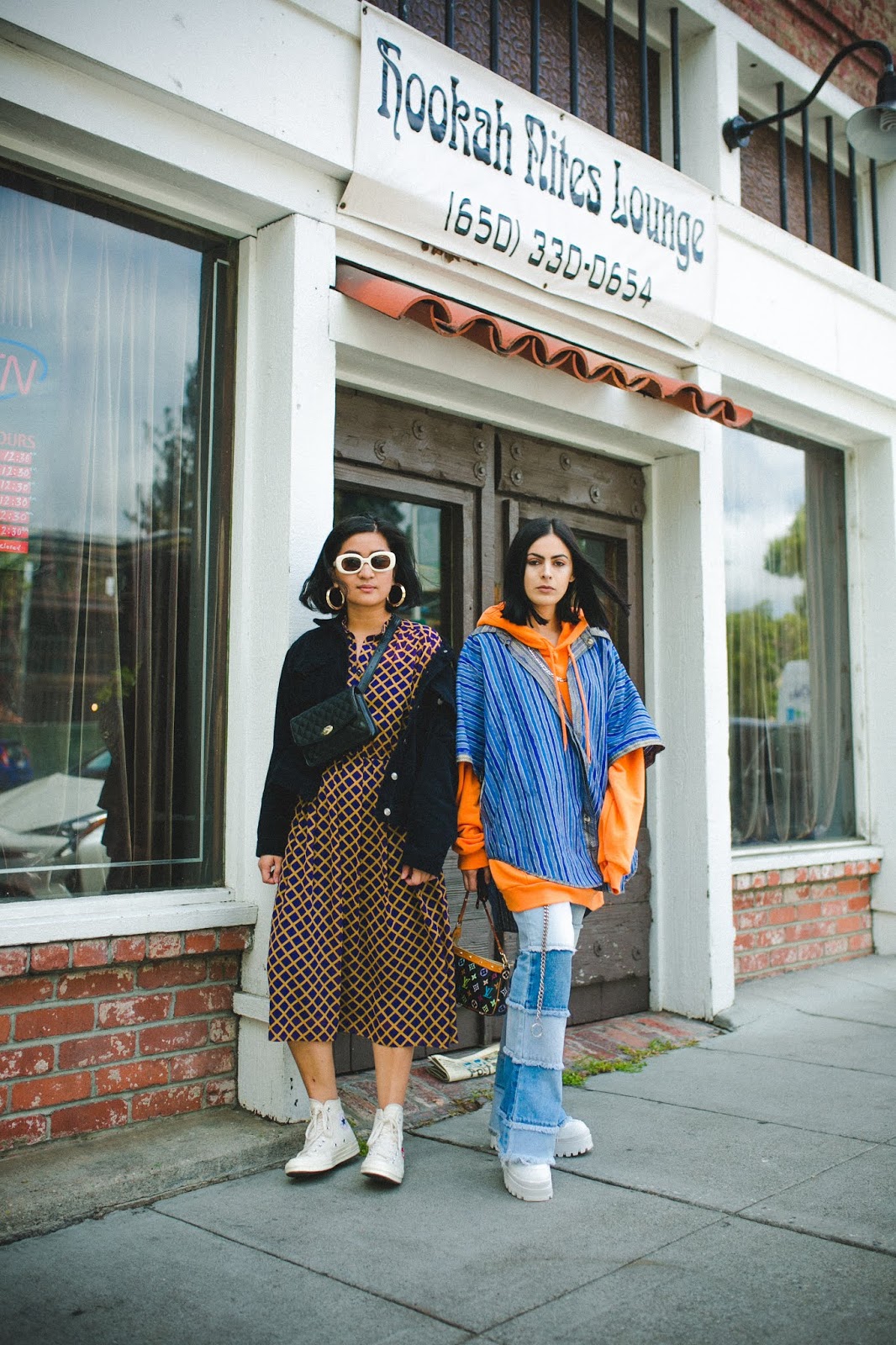 If there's one good thing that I really like about social media is making friends from around the world the thrill of finally meeting them in person given the chance. Well, when we had it, that's what Lena and I did.

Ya'll, meet Lena. She's a badass when it comes to layering pieces that you'd never think to wear together. I mean, isn't her outfit here proof already? But if ya'll don't believe me, go on a check out her Instagram account @lena_mendelson and have your mind blown!

Anyway, we met through a common insta-friend who brought us together along with a bunch of other fashionably badass girls into a group that have now become my favourite social media group, ever! I mean, I've been a part of so many other social media groups but most of them are only after one thing and that's to increase their own social media status. Follow for follow. Like for like. A lotta fake shit. But this bunch of girls are so different from all the others. Each person is so unique and true their own style. We have meaningful conversations, there's genuine support, and the best part is that it goes way beyond Instagram. I know I haven't met all of the girls in person and it would be really cool if that ever happens one day but for now, let's start with Lena. 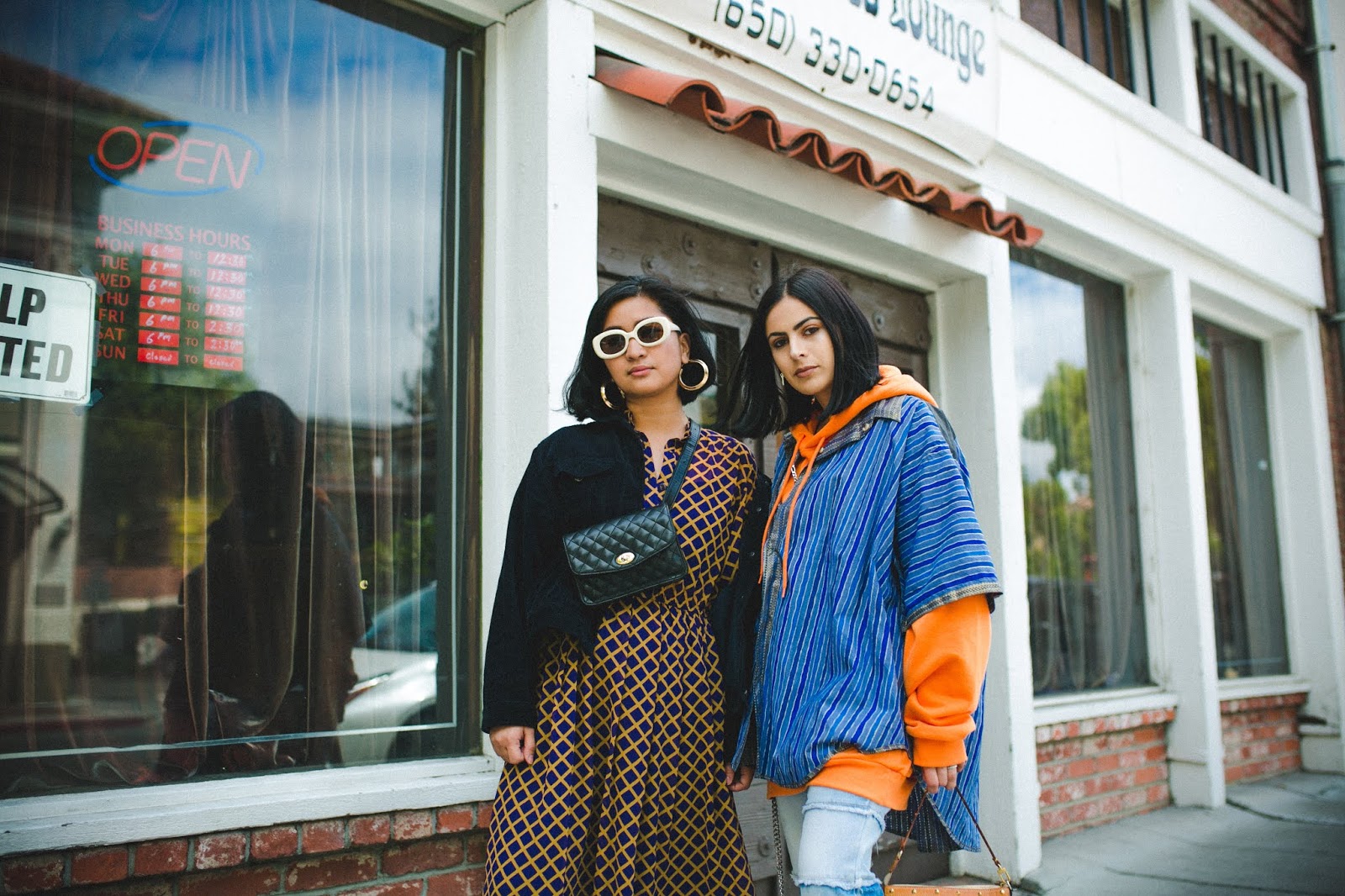 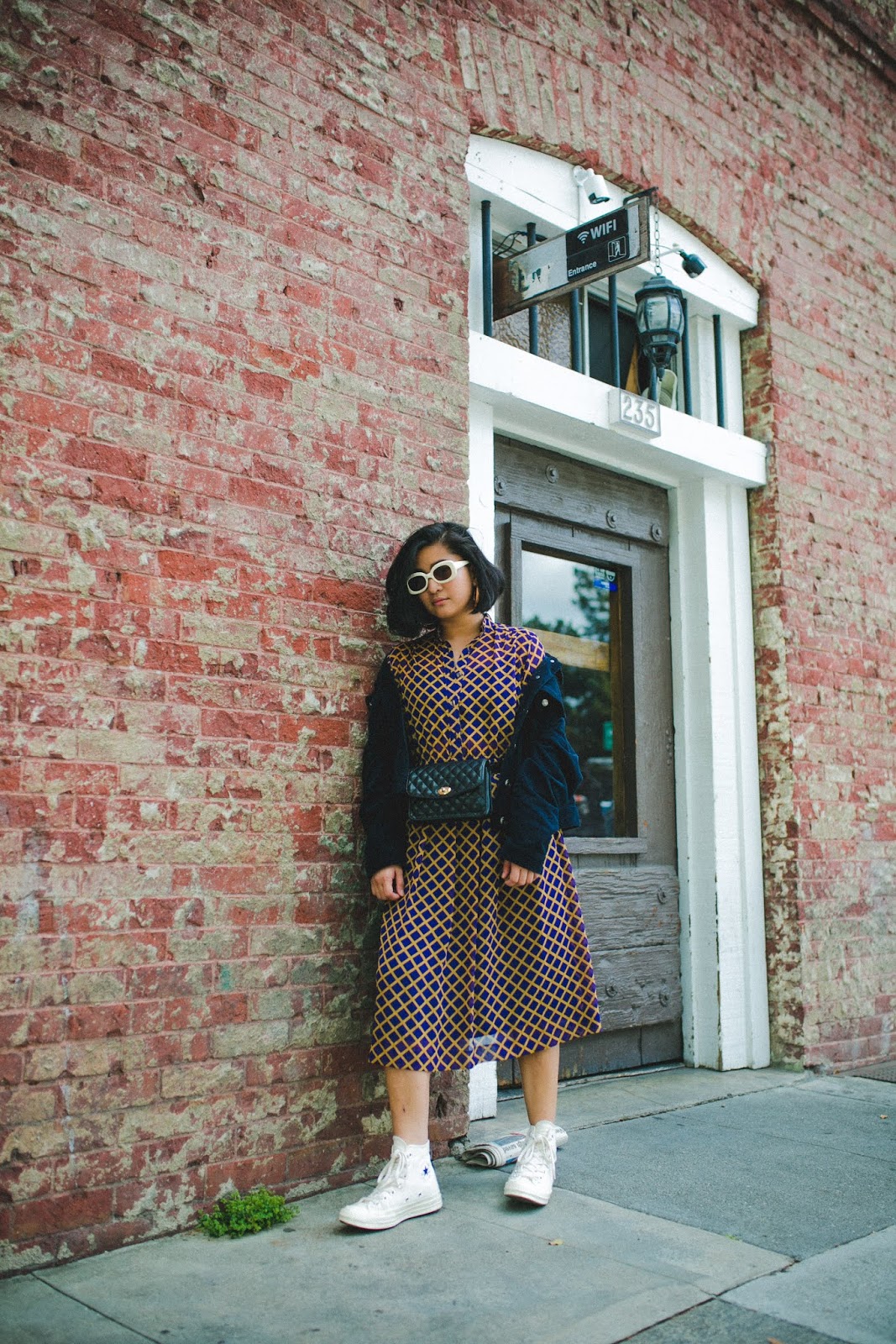 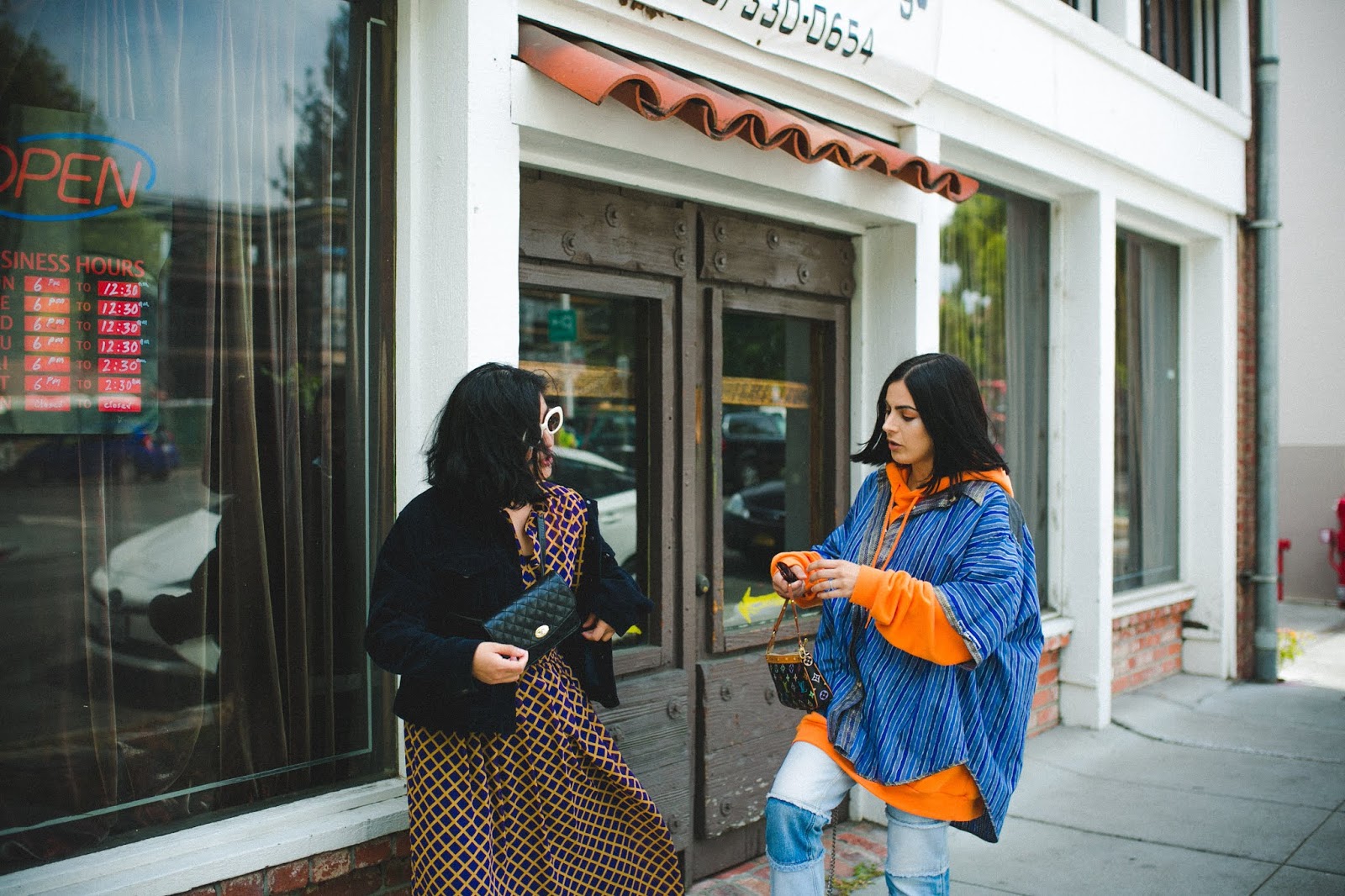 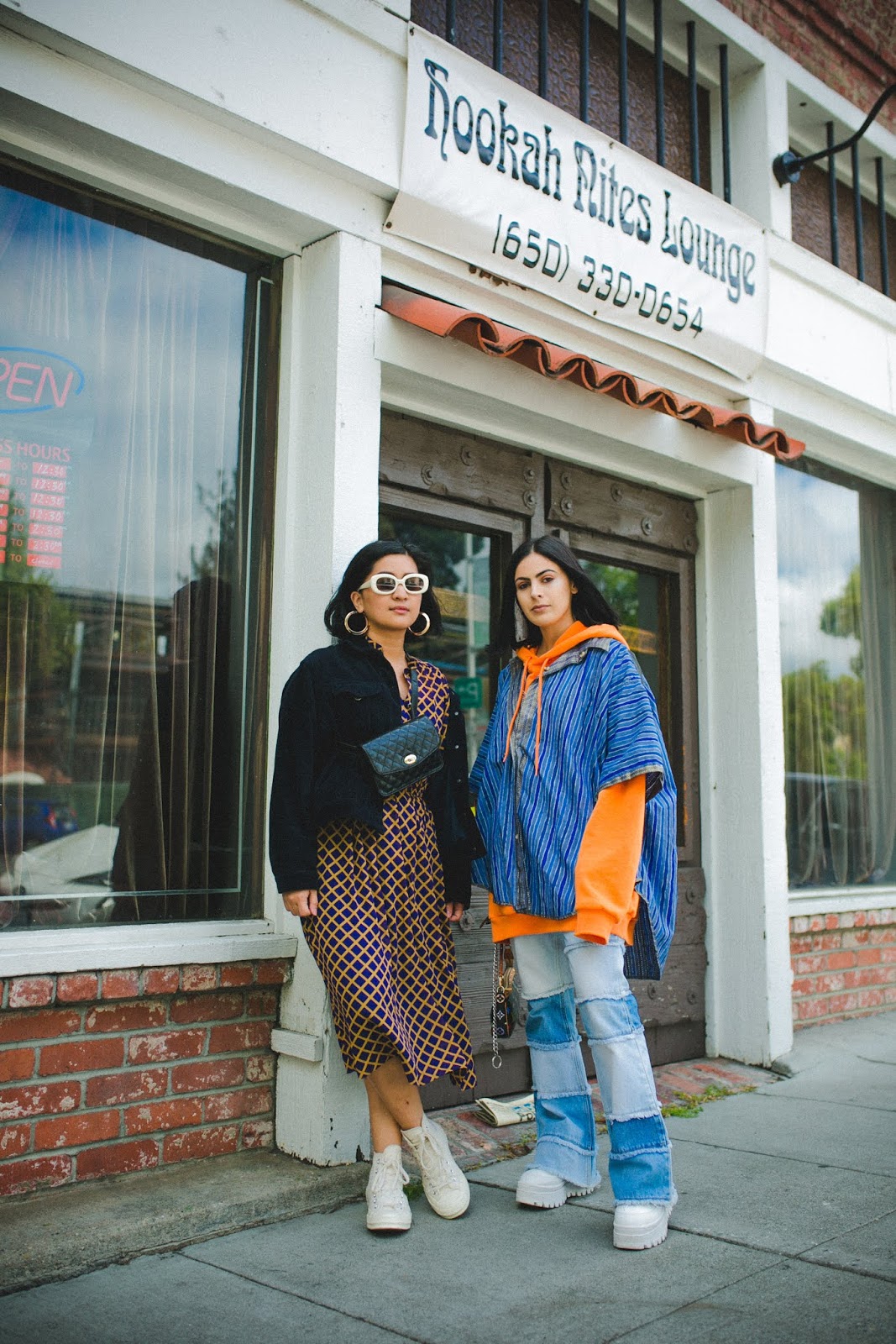 We met up in Palo Alto at the University street that's bustling with contemporary boutiques and concept cafes. Blue Bottle coffee was the meeting place, a hip coffee shop that served one of the best coffees we've had in California so far, and it's also where Lena's equally stylish boyfriend, Asher, worked. Post-coffee, we all hung out for a bit and just talked about things I think is safe to say that we all like in common; clothes, shoes, styling, and travel. I'm saying that for all of us but I could be wrong. Anyway, Asher took us for a stroll around Stanford University (yes, the Stanford), in his car and just around the public area of course, then we proceeded to Stanford Mall because what University has its own mall that we shouldn't check out? And from there on, just continued our little getting to know one another before Penguin and I had to go head back to Fremont for a prior commitment. If it were up to me, I'd love to have stayed and hung out longer but meh... schedule's a bummer sometimes.

So that concludes our little meet-up. But pray that won't be the last time we meet. Who knows, perhaps in a few months, it would be with another girl from the group or better yet, all of them in one go. That would be hella lit!