The Ultimate San Francisco Tourist Spots | Where and How? 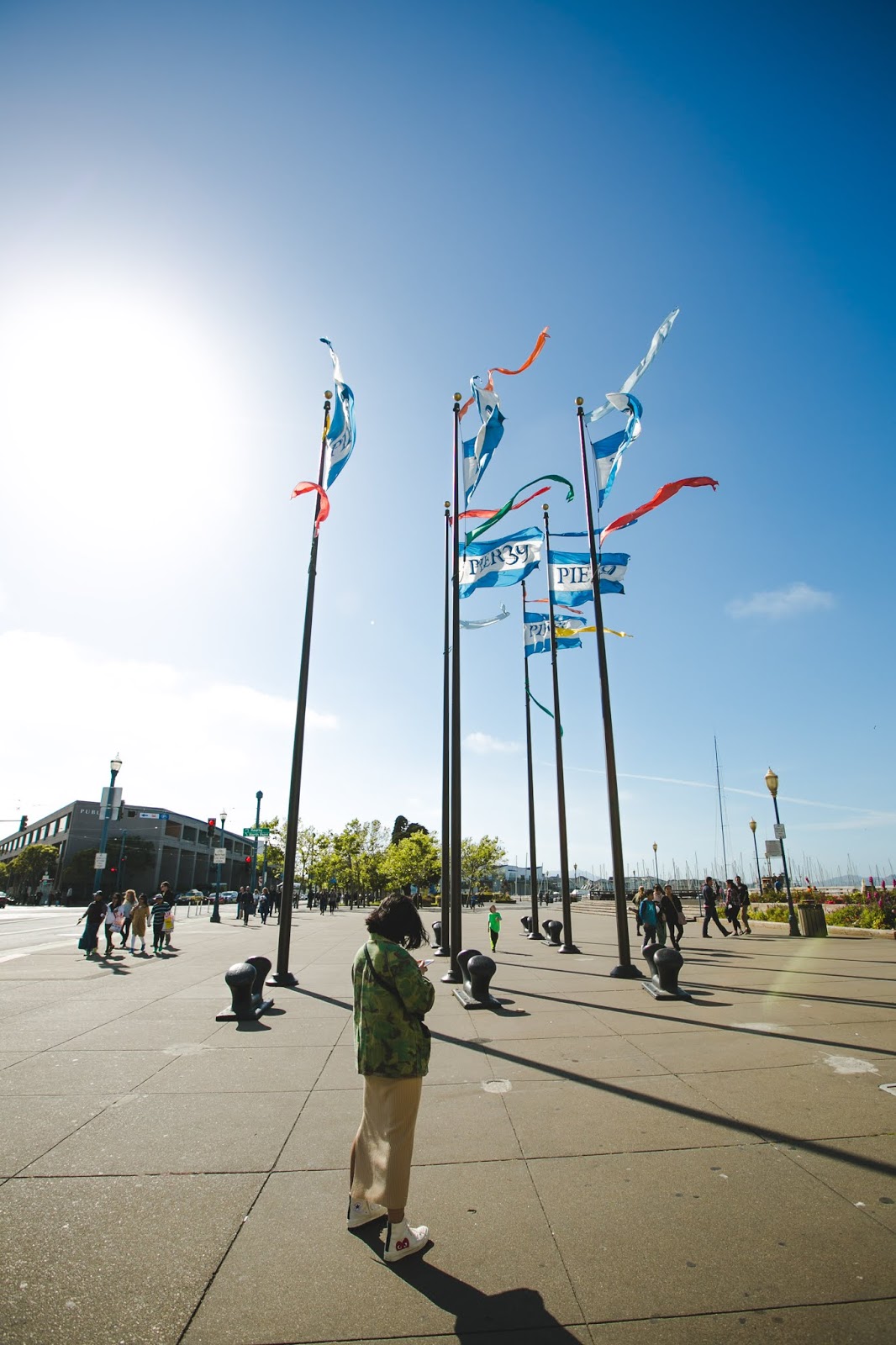 And so we come to this lengthier-than-usual, sort of travel guide post. This isn't a detailed guide I should warn you now but I will mention as much info I know possible for your reference if you're ever visiting San Francisco. Also, do note that we visited the spots I'm showing you guys on multiple, different days so this could get a bit messy but I'll try my best, mkay?

So on our first day, we headed straight downtown to see Union Square and out of the blue, we thought we'd also pop by Lombard Street. You can read about all that in my "Downtown San Francisco" entry here; or if you prefer to a video, here's one on my youtube channel too. I actually don't regret doing downtown on our first day because to be honest, there's nothing much to see there unless you plan on going shopping at major department stores like Macy's, Neiman Marcus, Nordstrom, etc. you get it. But if you're the ultimate tourist who just want to visit iconic spots, take a few minutes off downtown to see what's happening at Union Square then make your way to Lombard street. On foot, it takes about 1.5 hours via Chinatown (and mind you, the walk uphill is steep so keep than in mind in case you're planning to head up there like we did).

Anyway, the next day, we decided on Haight-Ashbury street because from what I heard, it's one of the coolest, hipster districts in SF so given my penchant for vibrant, colourful districts, we had to go there the soonest. And boy did it not disappoint.

We took the BART from Fremont, had a little detour at Glen Park to meet up with family friends of Pierre's, before hitting the system again to 16th Mission. We then took a connecting Muni bus to Haight. I don't remember the bus number but I remember it stops right across this row of beautiful houses. Again, most of the photos we took, I've already in a previous entry called "Colours of Haight", so check that out.

From our limited time wandering around, I have managed to take a mental note of the spots and stores that I like. Of course we made it a point to go back on another day for a closer look without the hassle of lugging around a big backpack and cameras. So my personal favourites and I recommend for ya'll to visit:

By golden hour (in San Francisco time, that's around 6PM - 8PM), we took another bus (from a different station) and made our way to Alamo Square and the Painted Ladies. If you're not familiar with it, it's basically where the the hit show Full House was supposedly set. We took a couple of photos and clips, rested at the park for a bit, before leaving the area to look for dinner. 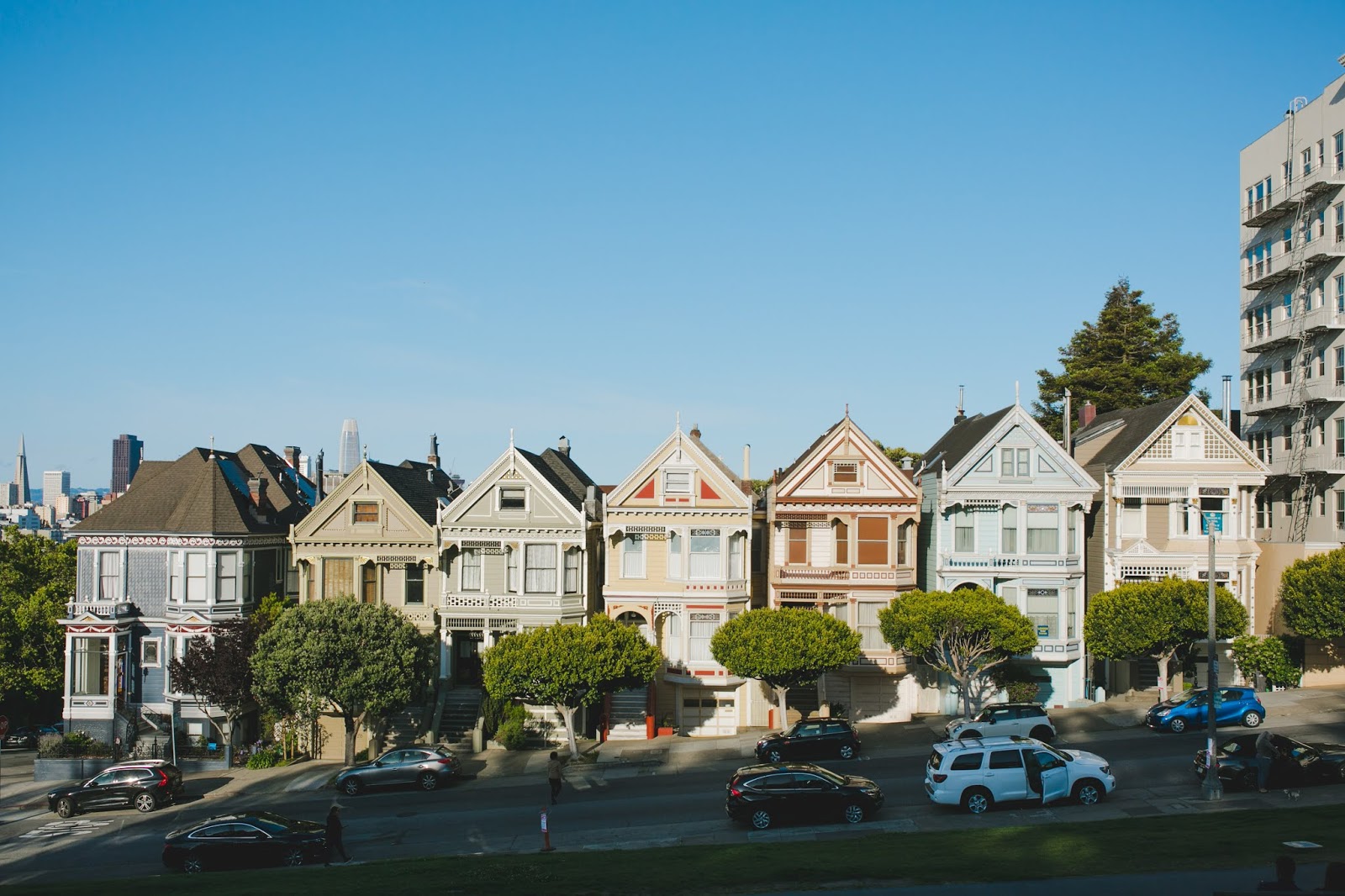 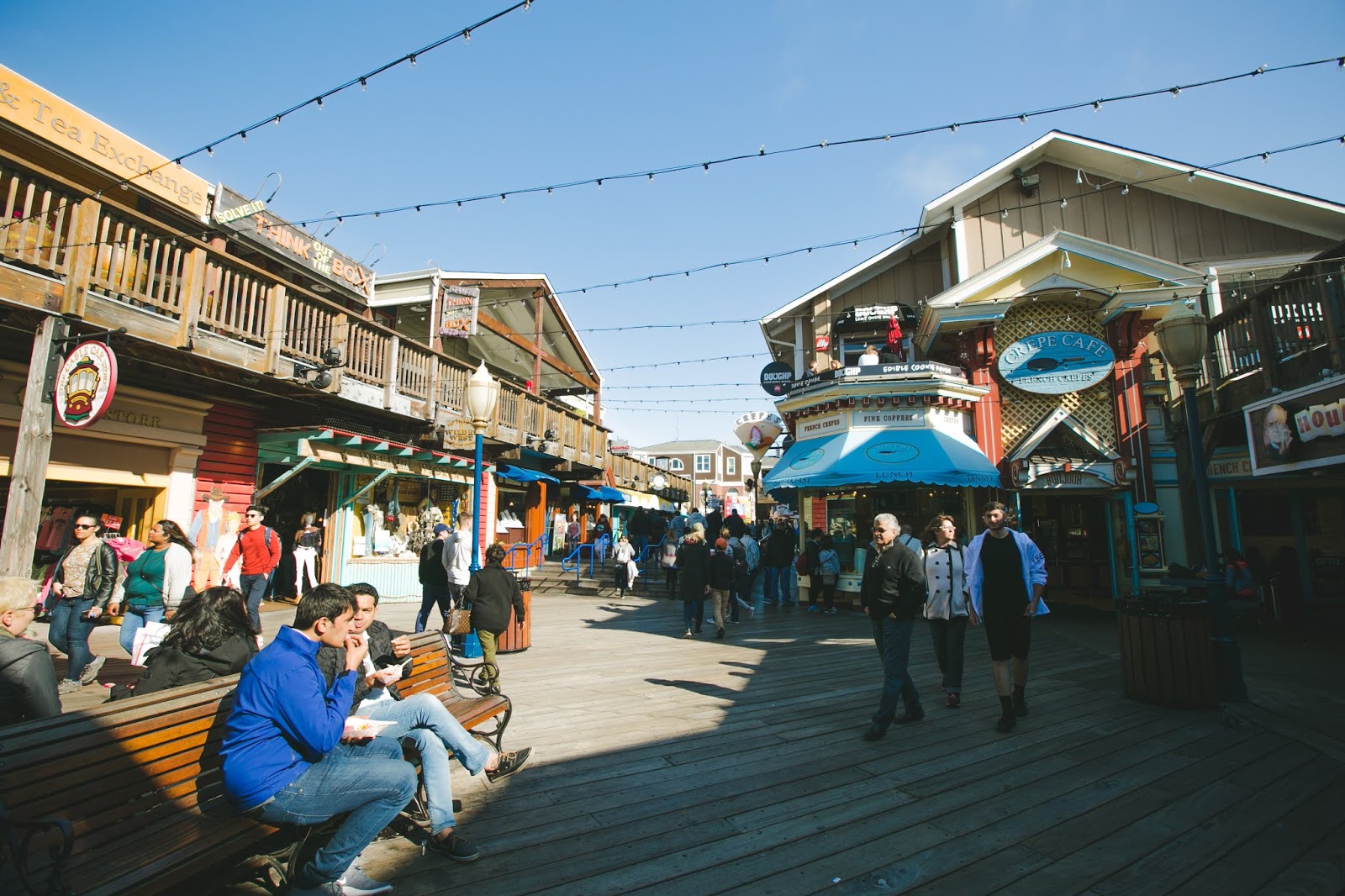 The next day, we caved and finally decided to visit the arguably most popular tourist area in San Francisco - Fisherman's Wharf. This was after checking out the fuzz over Kylie Jenner's Kylie Cosmetics Pop-up Store downtown (which, speaking of, there will also be a video uploaded on the YT channel tomorrow so watch out for that! Subsrcibe if you haven't already and hit the bell to get notified when the video is up!).

From the financial district which I have comfortably referred to as Montgomery for the duration of our stay, we walked to the Embarcadero. It's a 30 - 45 minute walk give or take; shorter if you're not taking photos of every corner like we were. It was super windy when we got there but otherwise the weather was pleasant - the kind you don't mind walking in under direct sunlight.

From Embarcadero, we mainly stayed water-side and walking the curve towards Fisherman's Wharf. It's a great walking route because you then get to see the different Pier's lined up as you walk along:

If you're not a fan of walking, there's a couple of other ways to get around - bikes and scooters. There are bike rentals in the area though we never tried that option, and there's plenty of people riding so you won't feel out of place; it's a thing there. But what we did try in LA though it also applies in SF are the electric scooters. So basically there are these electric scooters that you'll see everywhere in the city; they're scattered all around and how it works is like uber. You download an app (choose between Lime or Bird - we did Lime), create and account, setup your payment method, find the scooter nearest to you, scan it with the app, and you're good to go! It charges per minute, I'm not sure exactly how much but to give you an estimate, my 30 minute ride cost me around $5 USD. You can do the math. So yeah, if you're not into walking, consider those. 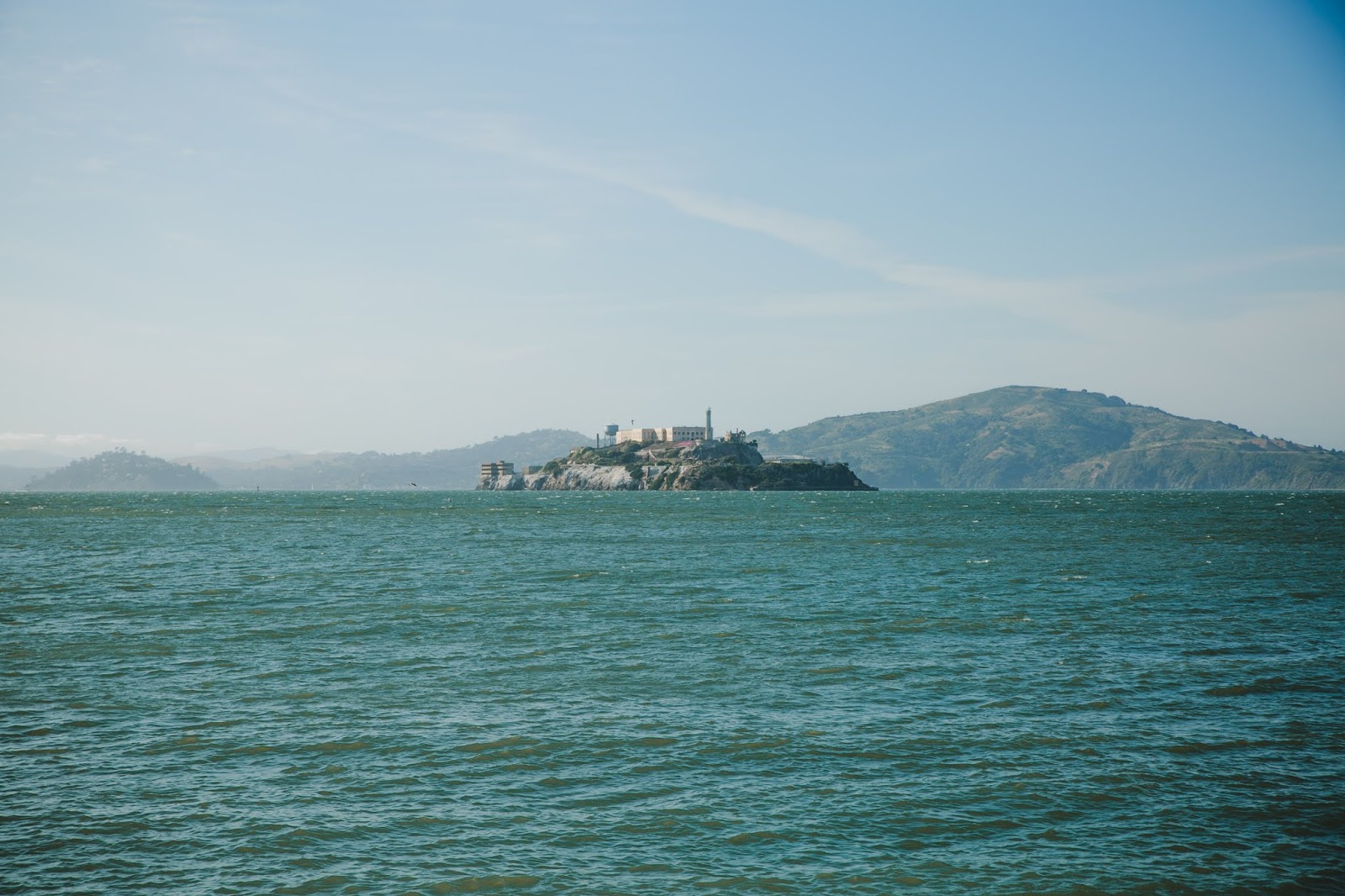 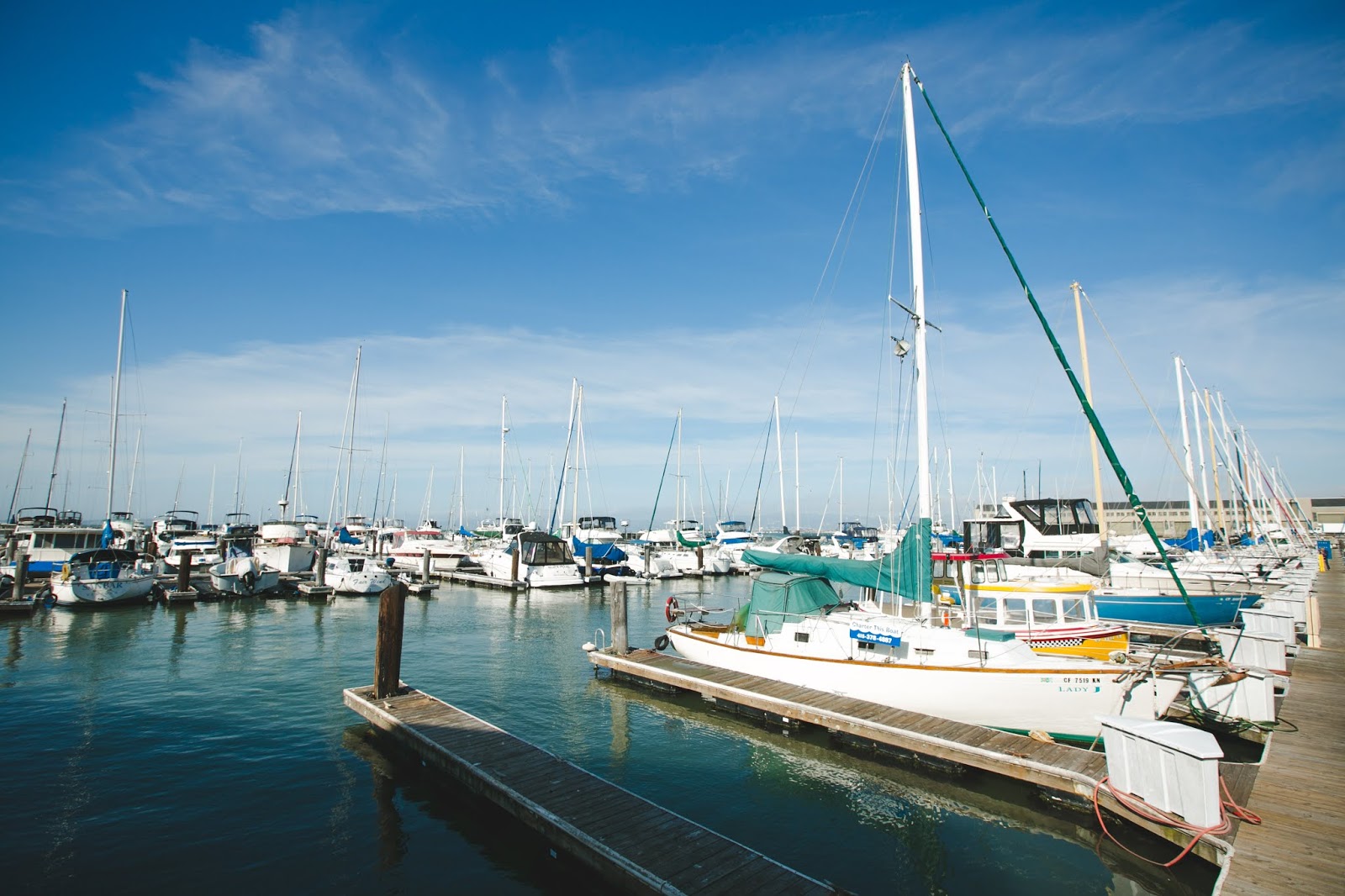 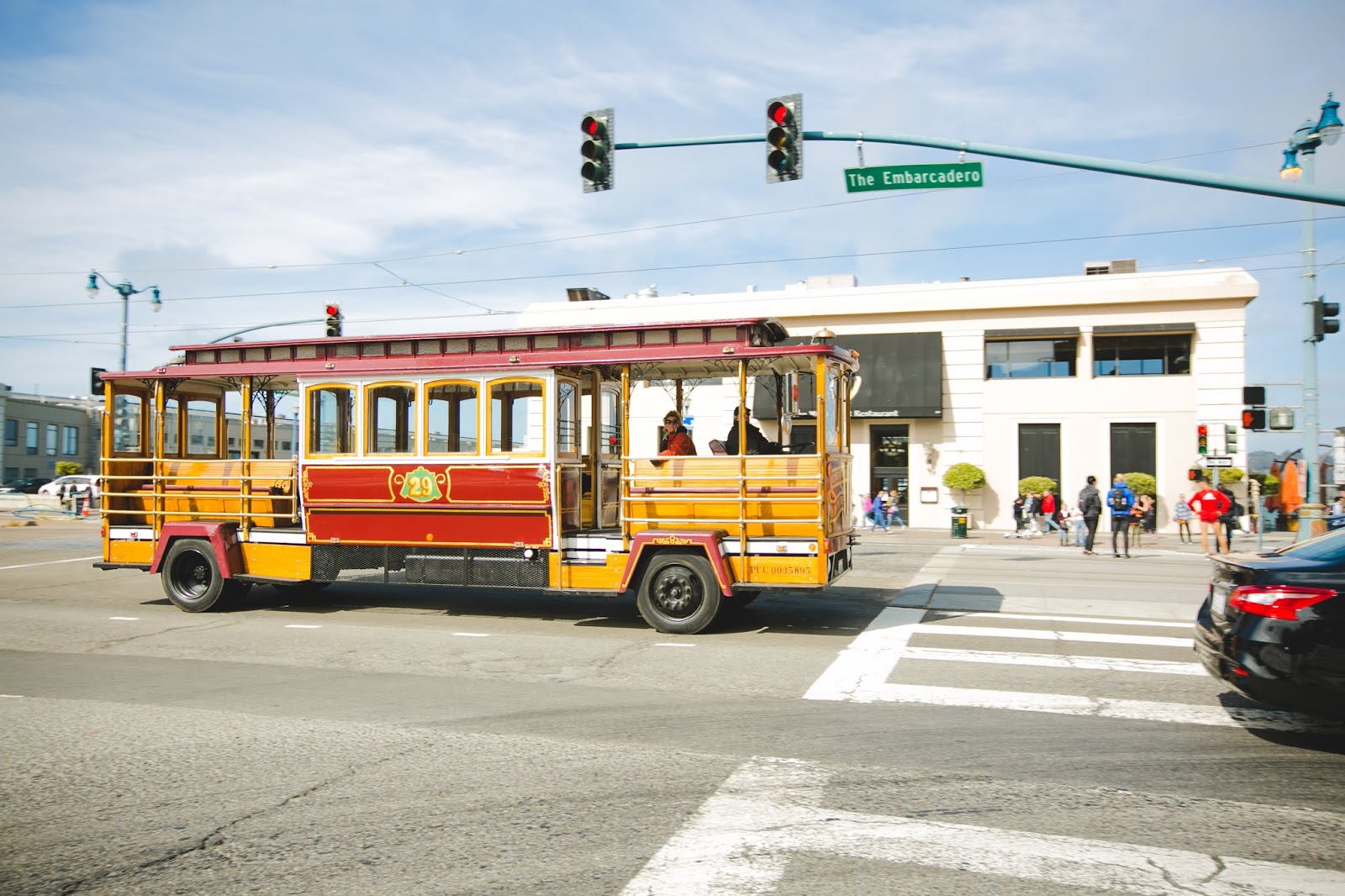 Upon arriving at the Fisherman's Wharf, I was actually a little disappointed realising that there really wasn't much there save a few overpriced restaurants, souvenir shops, and museums. Typical Madame Tussaud's and Ripley's. But don't stop on my account because I know for a fact lots of other people enjoy visiting the area. Maybe it's just not up to my preference because in case you haven't noticed, I prefer the more hidden, hipster districts where you don't see as much tourists and everything is cheaper. So yes, if you visit SF, do give Fisherman's Wharf a chance.

While I tend to dislike souvenir shops, I did however like this particular one. It's got all these retro-looking memorabilia that I'd very much like to buy for myself and have them as decors in my room. If you're a fan or collector of Coca Cola products, you'll definitely love this place given it's got so much Coca Cola products that even I would love to buy and I don't even drink Coke. This store is located just across the Fisherman's Wharf sign - easy to spot when you're there. Now, concluding this entry, I have included one of my SF videos for your viewing pleasure and you know, to give you a better idea of what I'm talking about. The clips were mainly from our second day meaning the day we went to Haight-Ashbury, and again as mentioned, another video is going up tomorrow so stay tuned!