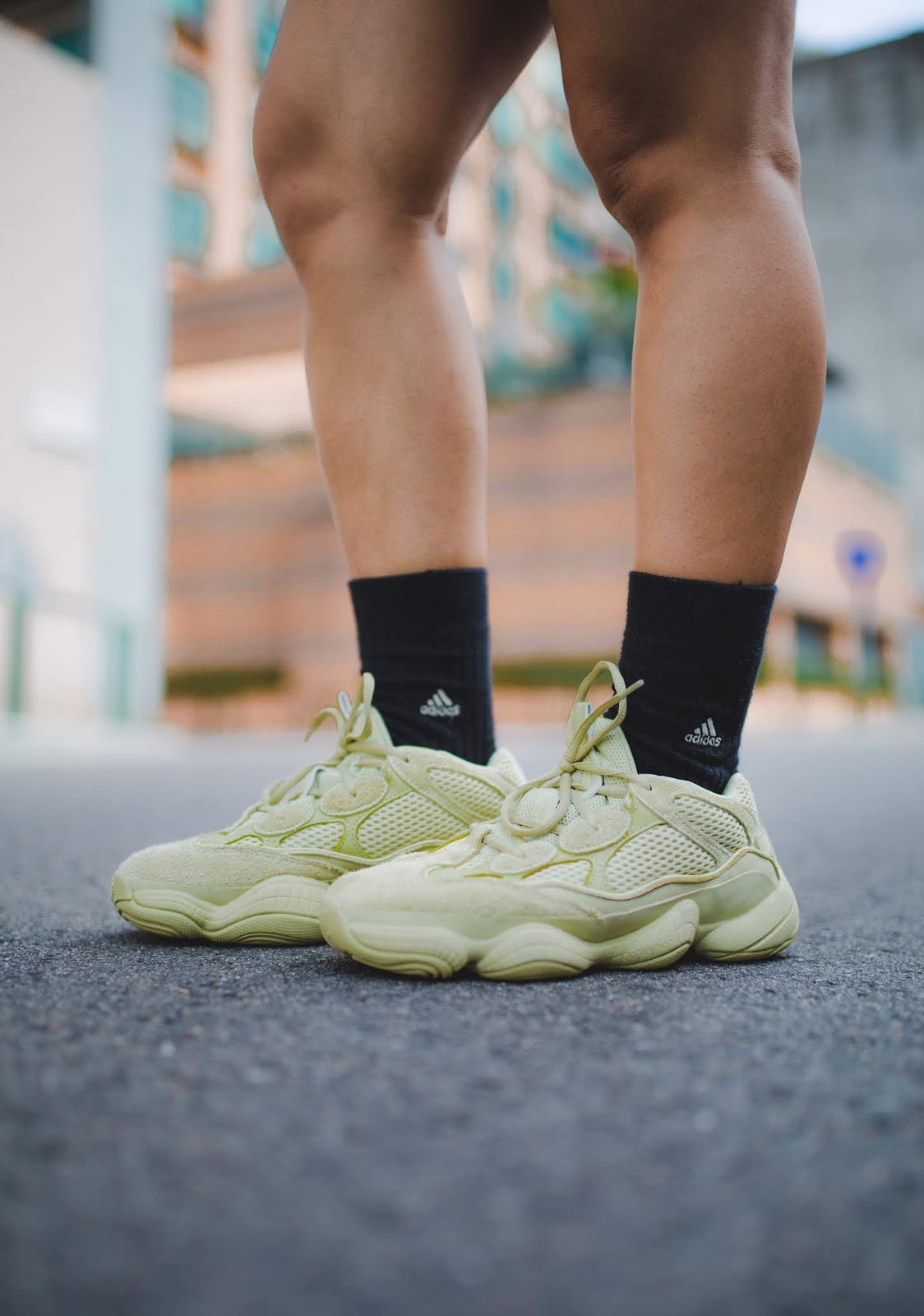 I feel like I need to talk about my personal style in others ways and/or aspects in this corner of cyberspace other than the typical outfit photos - not that I'm completely over those. In fact, I've never been more at ease taking outfit photos and never have lost passion in doing the whole process since I started this blog years ago. On that same note, I remember that I used to talk about my favourites too. You know, what I'm obsessed with that point in my life; what I'm into, products that I like; trends that I'm digging; so I'd like to bring that back. Funny to think this way as I know a lot of people (that I know of) who used to blog and still does, have stopped doing particular things as well, like myself, and just focused on doing particular things if not coming up with new ideas. Then some just moved to Instagram, completely abandoning the blogsphere for ease. I'm not against it, to be honest. By all means, do what you gotta do cause I know the workload that comes with preparing blog posts from shooting to editing to writing can be quite burdensome. But I don't dwell on that. Who knows, maybe one day I'll but for now, I'm still enjoy blogging just as much as I did in the beginning. OG 'til the end.

But I digress. That's not what this post is all about.

So this comes as a shock to me firstly because I never inteded to ride the Yeezy bandwagon. Though I did like the very first Yeezy 350 colourway that came out, the turtle doves, and was desperate to get my hands on a pair; after thy hype spike up, I kinda lost my appetite for them. They were just too overhyped to a point of ridiculous resell pricing resulting in lots of fakes being made (hello, I live in a part of China), worn by the unlikeliest people, ugh. It was just too crazy for me.

But.. get this. After years of dodging the 350s, Kanye decides to construct his own version of a "Dad" shoe. In case you haven't noticed, your girl is way up in the front when it comes to the chunky ugly sneaker trend so here we are. It didn't hurt either that Pierre and I came across this pair of Yeezy 500s sitting patiently waiting to be picked up for retail on its release day at Kith in LA. I was shookth!

At first I was contemplating on whether or not I should cop; still pretty dismissive of any kind of Yeezys. But you know what, when do you ever get the chance to buy 'em for retail without queueing up for days? I guess never? So I went for it. And boy, I don't regret it.

These babies are extremely comfortable. And while the colourway is a little off to many, seemingly hard to pull-off, I actually like it that way. It makes it kind of unique, in a way that I almost feel bad because as it appears, this colourway didn't get the same kind of attention as its antecedent - the Desert Rat. Not that it matters to me anyways. 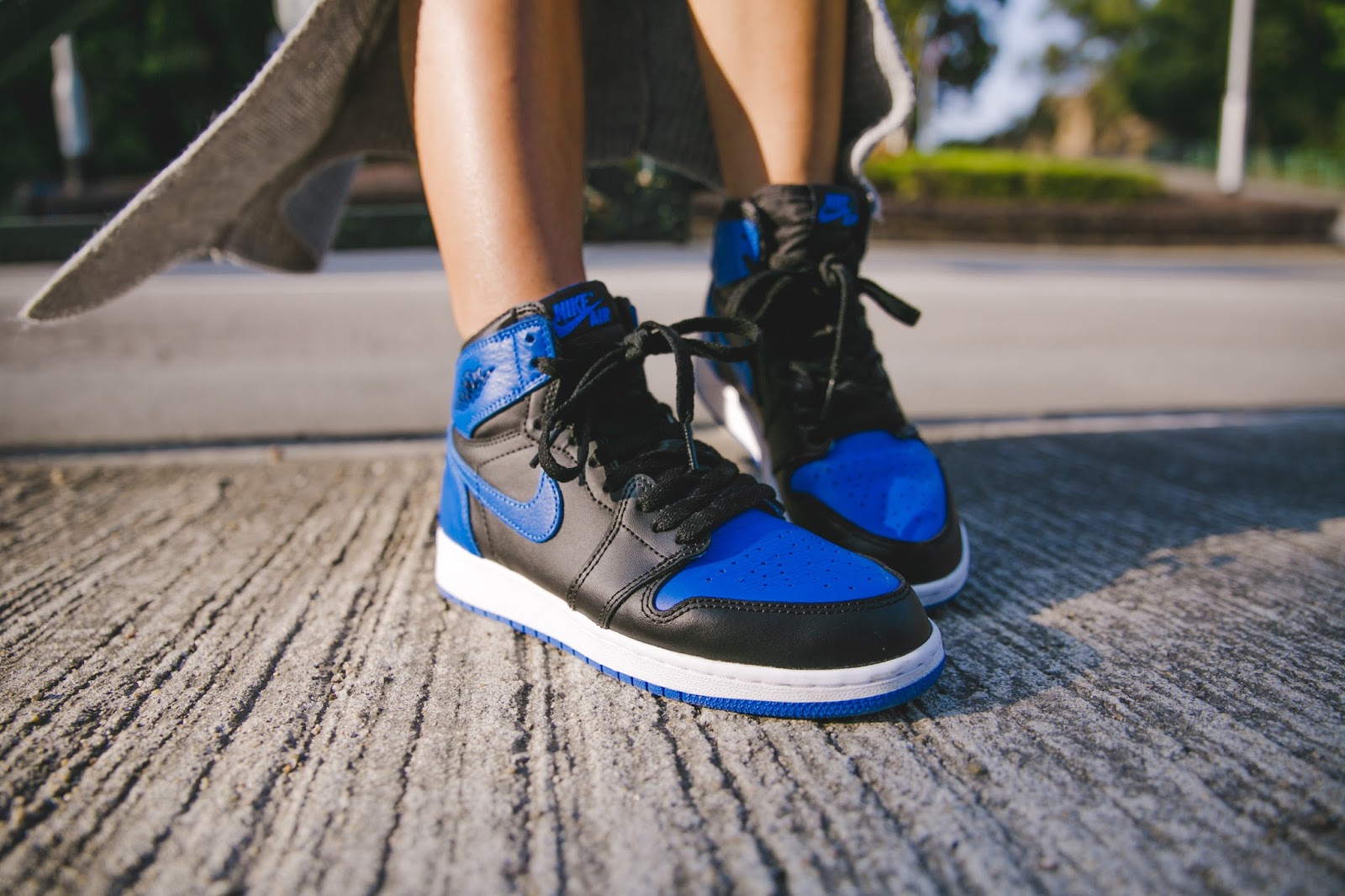 Honestly, I like the Jordan 1 silhouettes more than any other sneaker silhouettes. That said, I like most Jordan 1s in general; they're easy to pull off and never fail to look downright cool. The only reason I'm putting a specific colourway is because these are the only ones I own at the moment. I can't be bothered to buy them at resell if I found the ones that I really do like (if the sneaker gods are reading this, pray send my way a pair of the Off-White x Jordan 1 collabs, puhleaseeee).

I often receive compliments whenever I wear this pair so they're a definite keeper and I love them to bits. 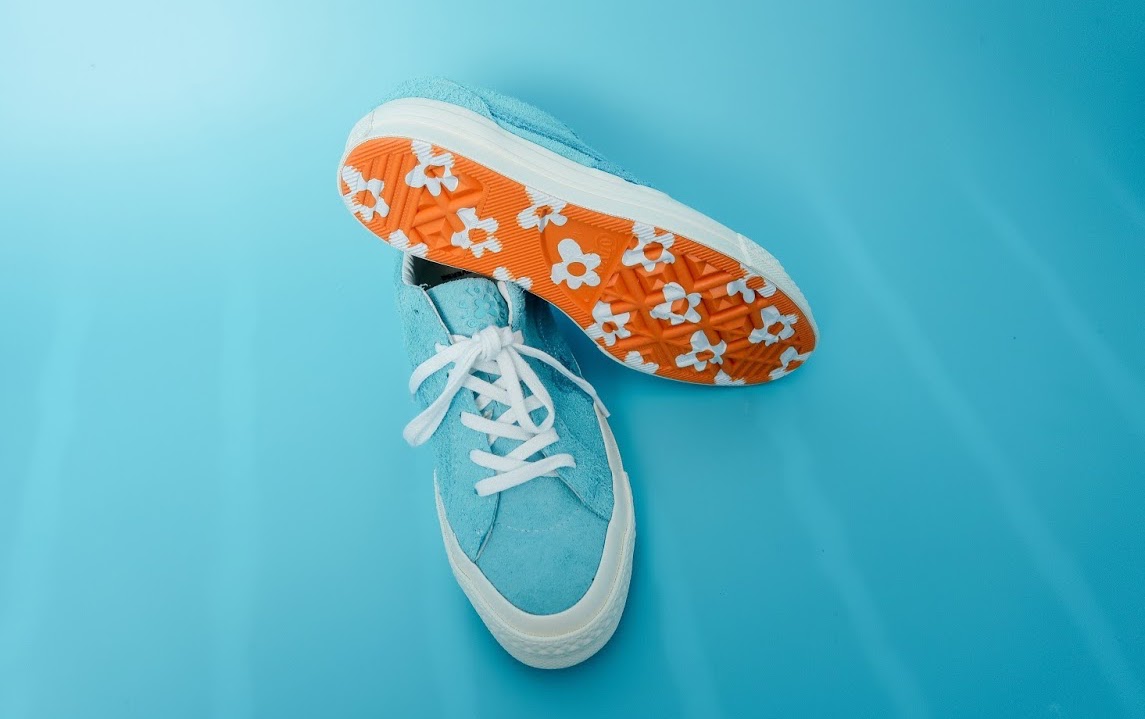 The Tyler the Creator x Converse collaborations never really caught my attention until Pierre brought them up. Pretty much how I got into sneakers and streetwear. It was the second collaboration that was about to release and he showed me these bright, coloured, sneakers that looked so refreshing compared to most of the dark coloured ones that's been going around at the time so I immediately felt an inclination towards them. When they dropped in Hong Kong, Pierre and I went took an excursion to hunt them down. Although I didn't plan on copping a pair then, when I saw them in person and realised that the retail price isn't too expensive for the quality that they're made, I had a change of heart.

Now, the store we went to - I.T., was running low on sizes and stock. Pierre actually wanted the green ones whereas I wanted a pair in size US6. Alas, I had to size up half while Pierre settled for the pink ones since the store didn't have what we wanted any longer. Funny thing is, he wanted to see how these shoes were doing in the resell market so we went down to Trend Zone - one of the places to get your hypebeast needs fix in Hong Kong. Guess what we found? Boxes of Golfs piled on top of each other that seemingly just came in that very day, waiting to be re-sold. I took a peek at one of the stores that had 'em and know what I saw? crumpled I.T. paper bags dumped one corner. The resell price wasn't so bad - say we got ours for HKD 900 and resell goes between HKD 1200 - 1500 depending on the colourway. Green seems to be the most popular hence the most expensive.

That was early this year. Fast forward to now, I was able to cop another pair from the Golf Store in LA when the third collection dropped. The reason these pairs make the list of current favourites is because they're easy to wear, like any other pair of Converse, but more than that - they add a bit of flair to a basic outfit. They colours are just eye-catching that you don't need much styling on the clothes department basically. Let them do the talking.

Now I know most of these sneakers are hard to come by but if you'd like and willing to, I found a couple of re-sell sites where you might be able to still get them from Stock X or some of the sites below:

Meanwhile, I leave you with this video where I unboxed the pairs that I copped while I was in the US.