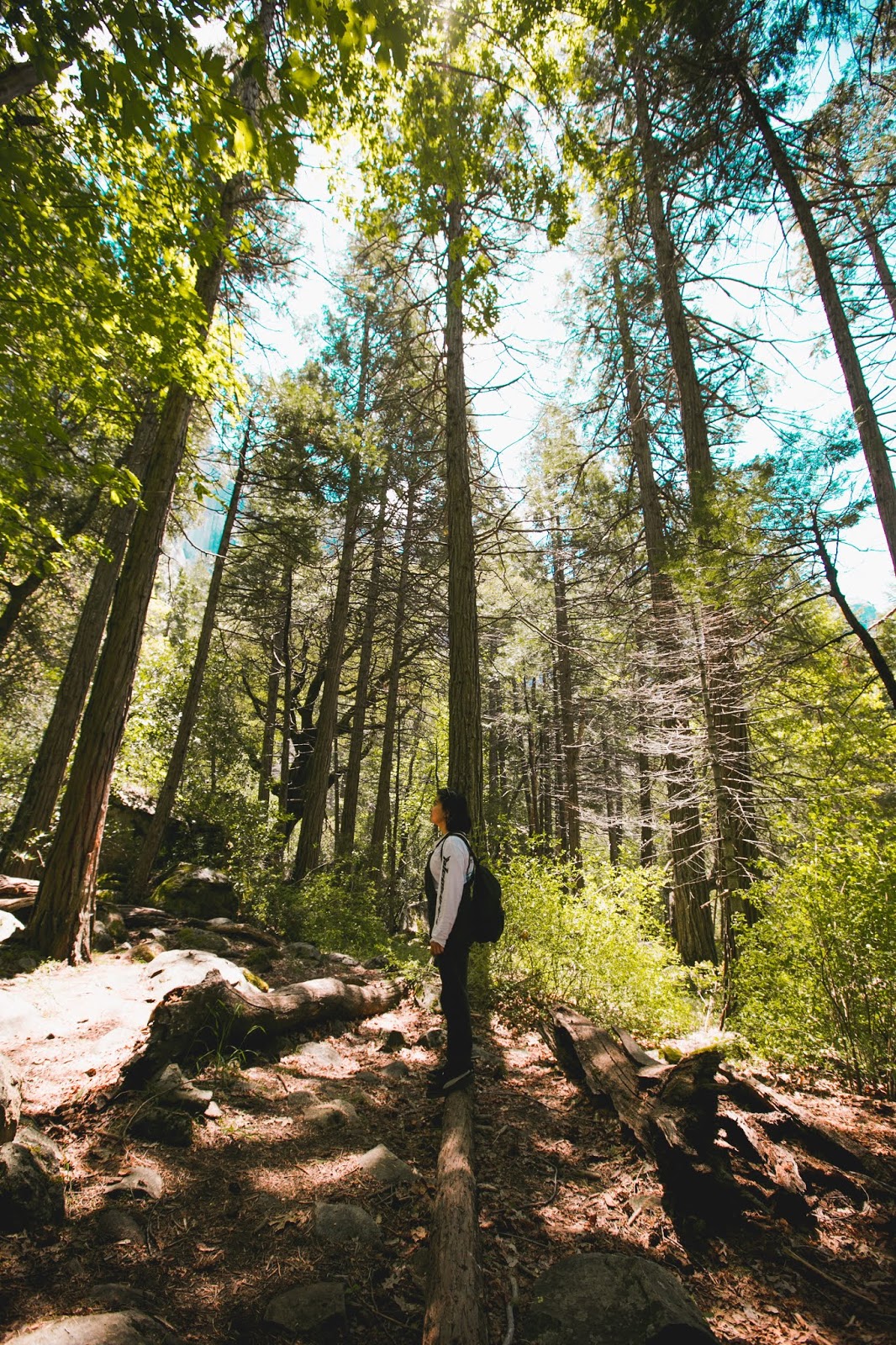 I feel like I put off dealing with nature related travel posts as they're only coming in last among my US travel series. Oh well, better late than never.

Going there was a bit of a surprise as neither Pierre nor I ever expected being able to set foot on the park grounds. For one, we don't drive. Commuting wasn't option. Simply put, it wasn't part of our whole itinerary. But fate as would have it, I happen to have a long-time friend who lives in the Bay Area who offered to chauffeur us to this majestic forest. Can you say no to that? Not at all. So there we were, four days into our little American adventure, up early morning, driving northbound towards the very well-known Yosemite National Park.

I didn't know what to expect. My parents who were in the States just two months prior also went to the Park but it happened to be on a Spring day where the whole area was mostly covered in snow. All I could gather from my mom was that the place was her ultimate white Christmas experience (it wasn't even Christmas). Were we going to see the same Yosemite that they did? So I did a little research and found out that the Park generally changes in appearance along with the weather. That means, how it looks like in Spring is completely different from how it does in the Summer. So yes, no expectations. We didn't even know what to wear because Summer in San Francisco doesn't really translate to warm, Sunny days. On the day of our road trip, it was particularly windy in the Bay area so I had on a long-sleeved shirt layered underneath my trusty Dr. Denim overalls and a flannel to boot. Alas, it was super warm in Yosemite. I regretted wearing so much layers. Ugh. 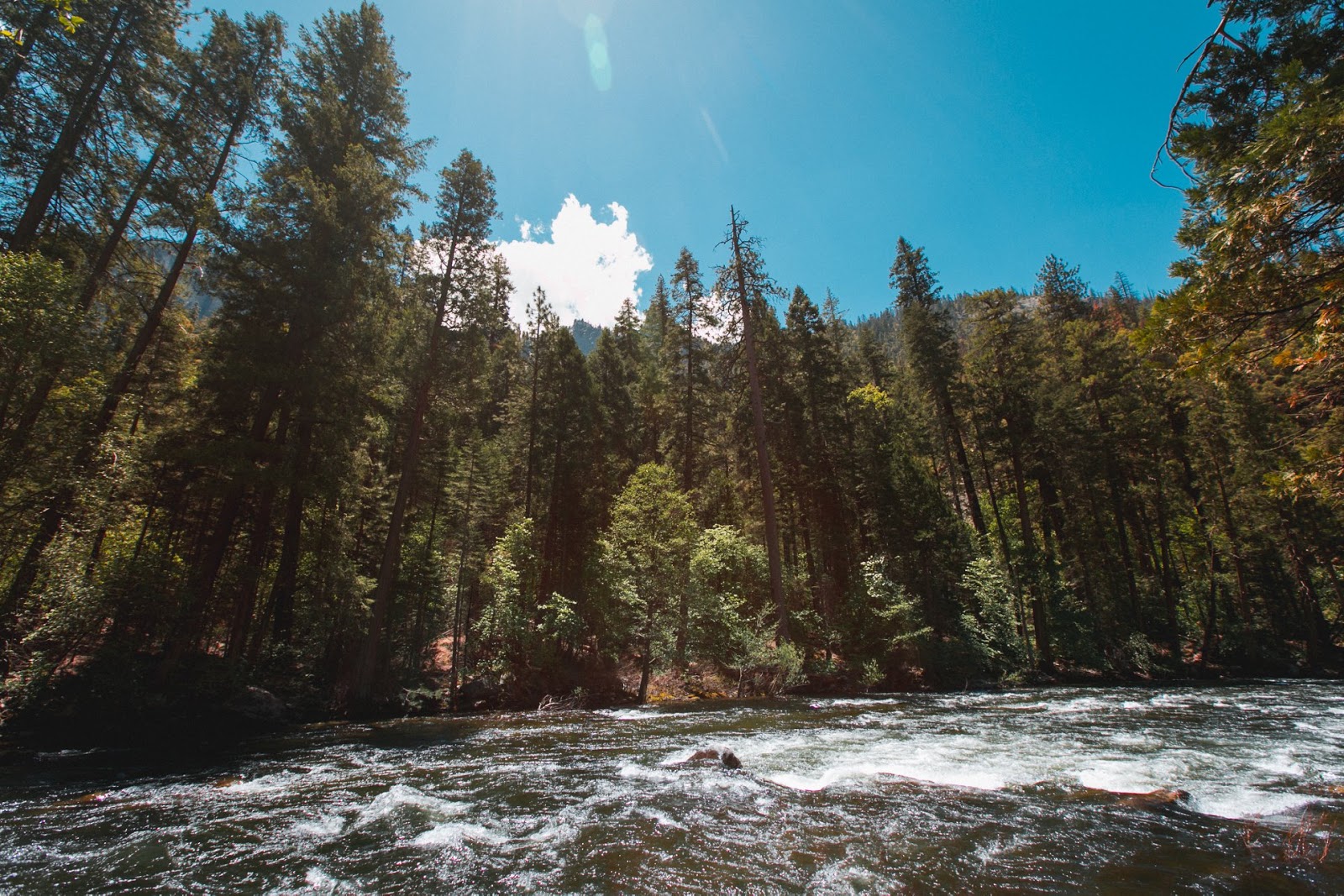 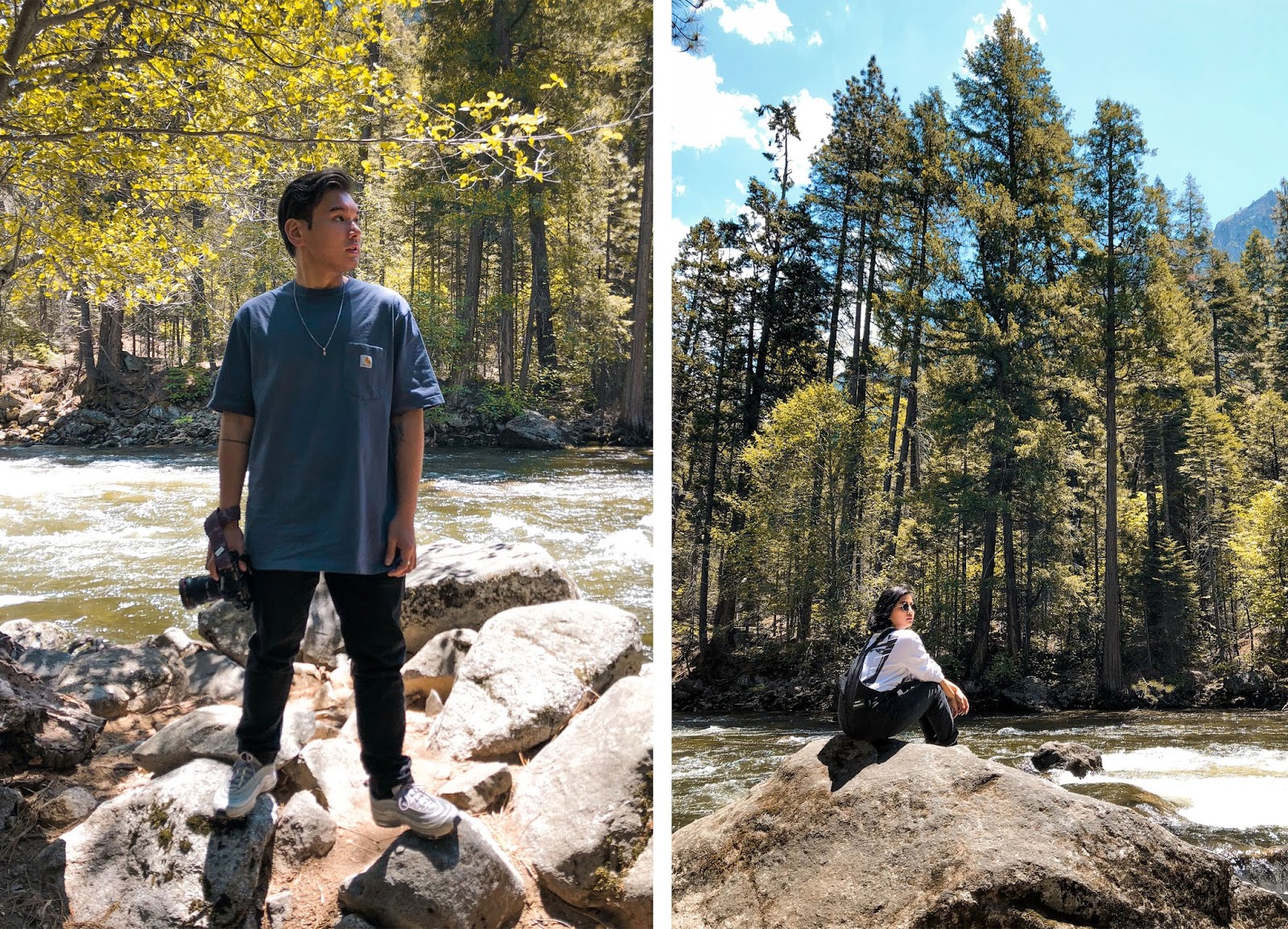 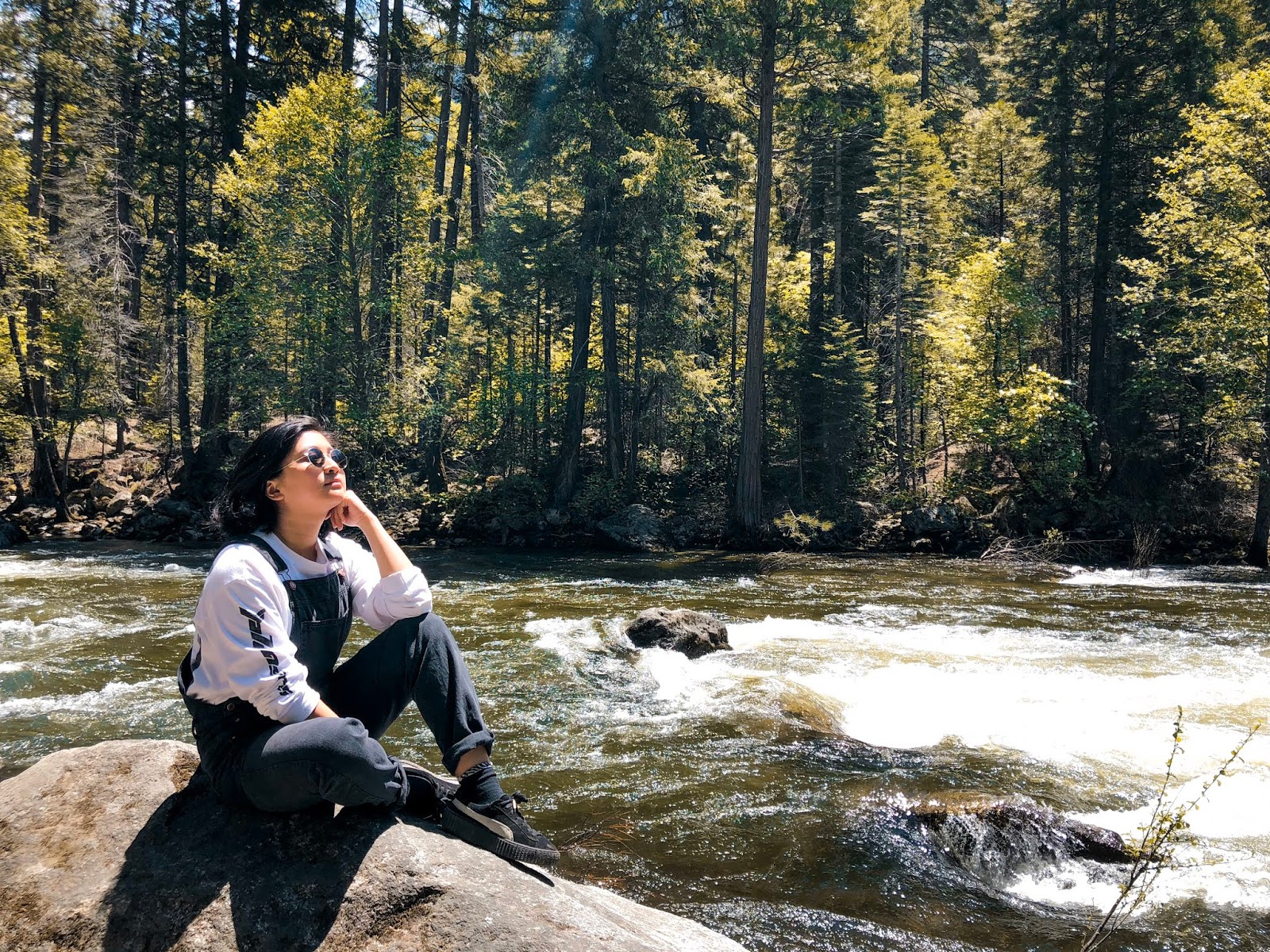 So the drive from Fremont (where we were staying at the time) takes around 3 hours - give or take. As we were only doing a day-trip, we had to meet really early and make room for the drive back. Our day started at 7:00AM with a quick breakfast at the nearest Jollibee (Filipinos represent). Sidenote: Not a huge fan but happy to have tried it at least once in the US of A.

After breakfast, we hit the long road. You what I can tell you from the drive - America is mostly made up of complicated freeways and massive farmlands. Seriously. Throughout the three hours we spent in the car, all I saw through my window are cars after cars chasing the long highways, mountains, greeneries,  farms and its inhabitants. I mean horses, goats, sheep, cows and whatnot. Don't get me wrong, I love it. For someone who lives in a small city, this isn't something I get to see everyday. It gets me to realising how tiny I am in such a vast world and appreciate every moment that I get to spend discovering corners of it one city or town at a time.

Our drive took shorter than expected, albeit we took a detour for toilet break in some town that I can't remember the name. According to my friend, Teresa, it's difficult to find a restroom in the park and so before continuing on with our drive which, at the time we still had about 30 minutes or so to tackle, it's best to have a toilet break at the nearest town.

There was hardly any sign whatsoever that we've arrive at the park save for the part where we pay an entrance fee. The remaining 30-minute drive was pretty much the beginning of going uphill with endless, gigantic trees surrounding us. The first thing that caught our attention was a long river set against the most picturesque landscape of mountains. As we did with every spot we saw, we stopped the car and took mandatory photos.

From there on, we drove to wherever the roads led us to. The thing with Yosemite is that it's vast. You can't see everything there is to see in just a day, specially for first-time visitors. We're quite lucky that Teresa and her hubby, Francis, had been there a couple of times already, and knew the ways to some of the popular spots. It doesn't help, however, that the roads are quite complicated to navigate with the little to no network reception we had. In the forest, you had to rely on old-school navigation using maps and if you will, a compass. Without keeping track of either one, we mainly relied on Francis' memory on getting to certain areas of the park. 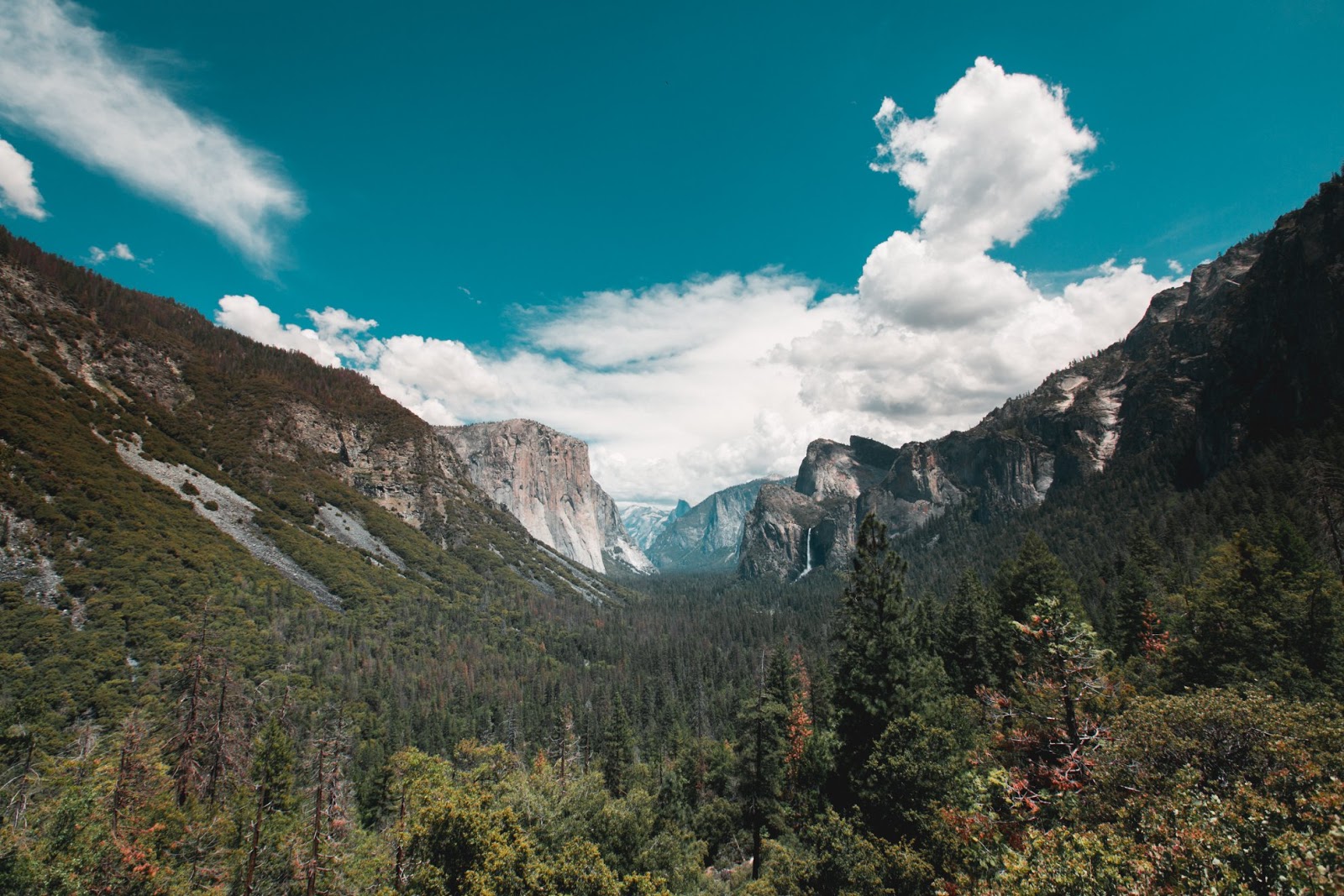 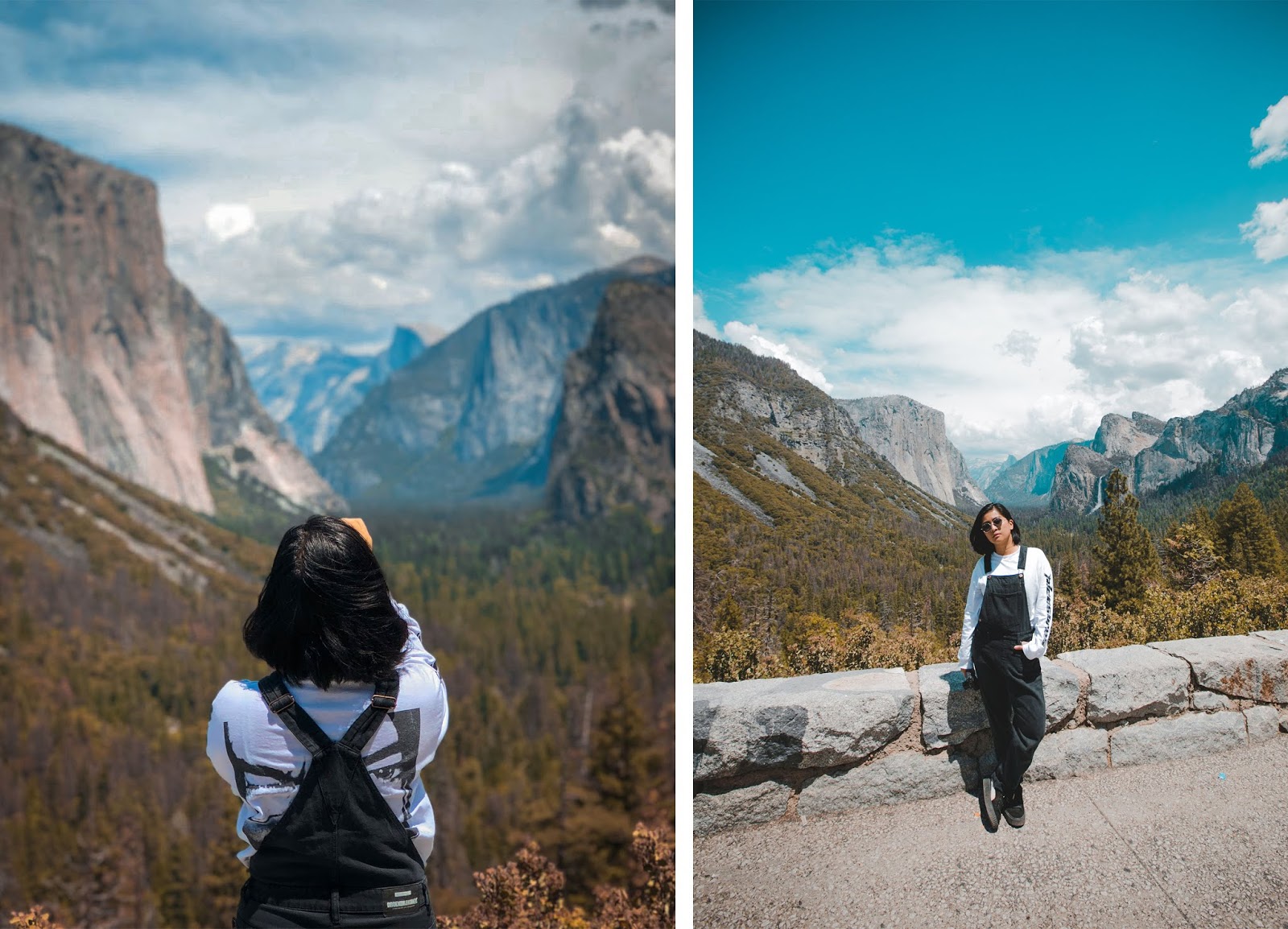 On the limited time we have, we were able to see the following spots without much trouble:

Not bad for a few hours in my opinion. My favourite has got to be the the views of the El Capitan and the Half Dome mountains. It was like a living painting, like it wasn't real, like I wasn't there and what I'm seeing is a screen, only enlarged and is extremely high definition. The view was straight out of a dream.

Next that I liked is Cook's Meadow. I don't know how or why but I found the place serene and so peaceful. The vast land of green reminded me of scenes from the Sound of Music (taking a mental note to visit Austria right this moment), and I just wanted to run up and down, jump around, and be free. And I did. You'll see that bit by watching the video at the end of this post.

Speaking of, I actually did show parts of the areas mentioned above in the video. There's only so much adjectives I can use to describe how beautiful Yosemite is so best leave the visuals do the talking. 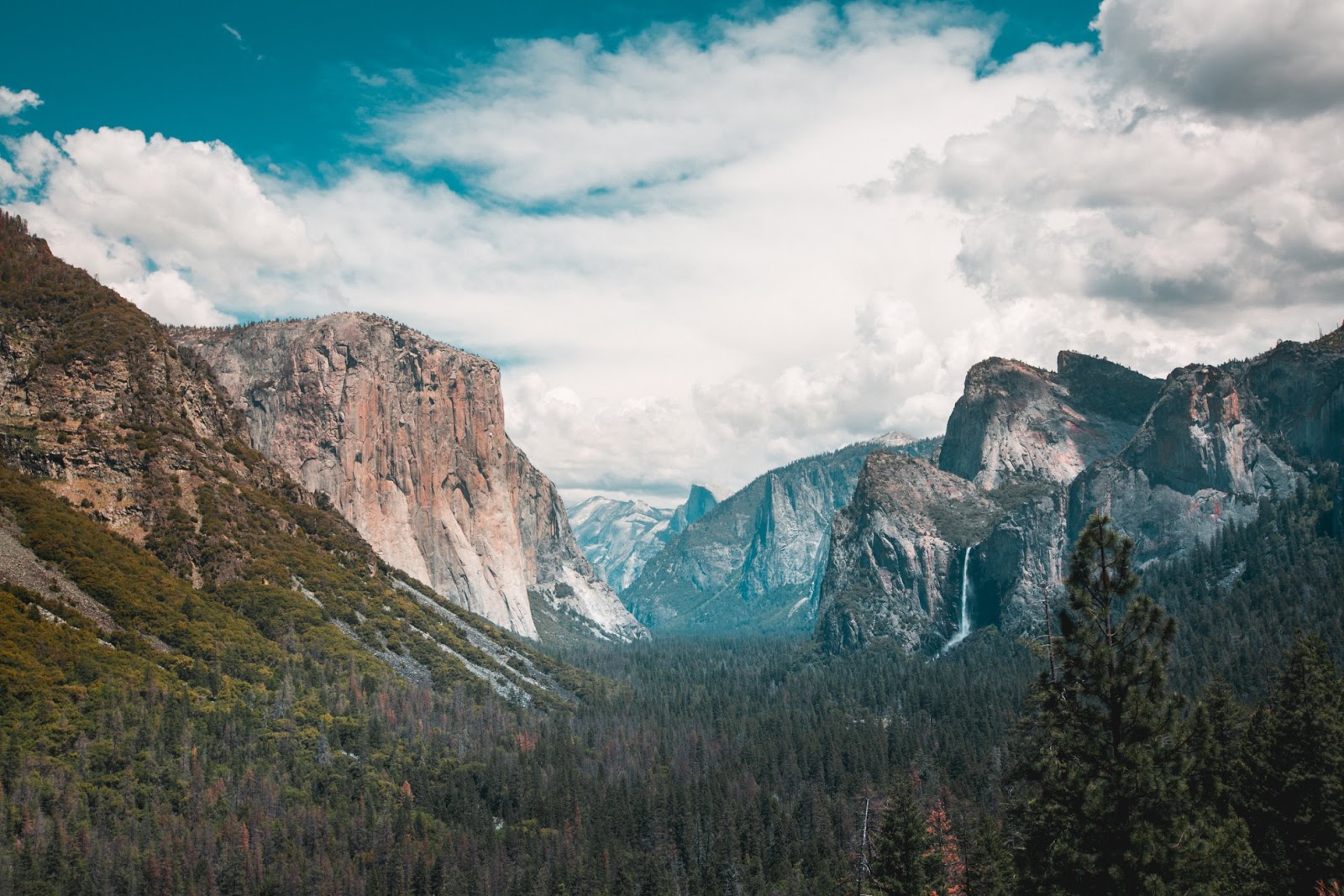 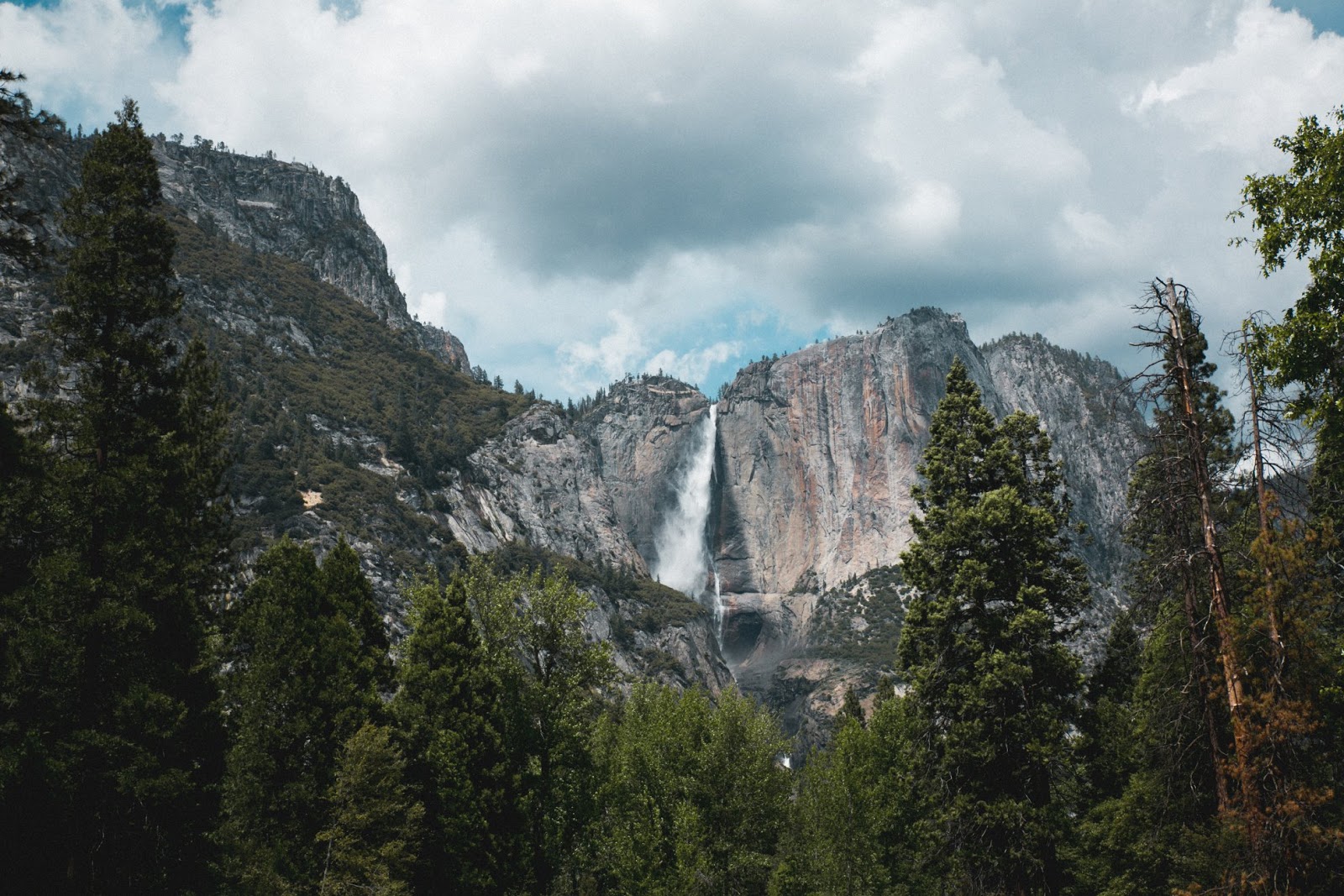 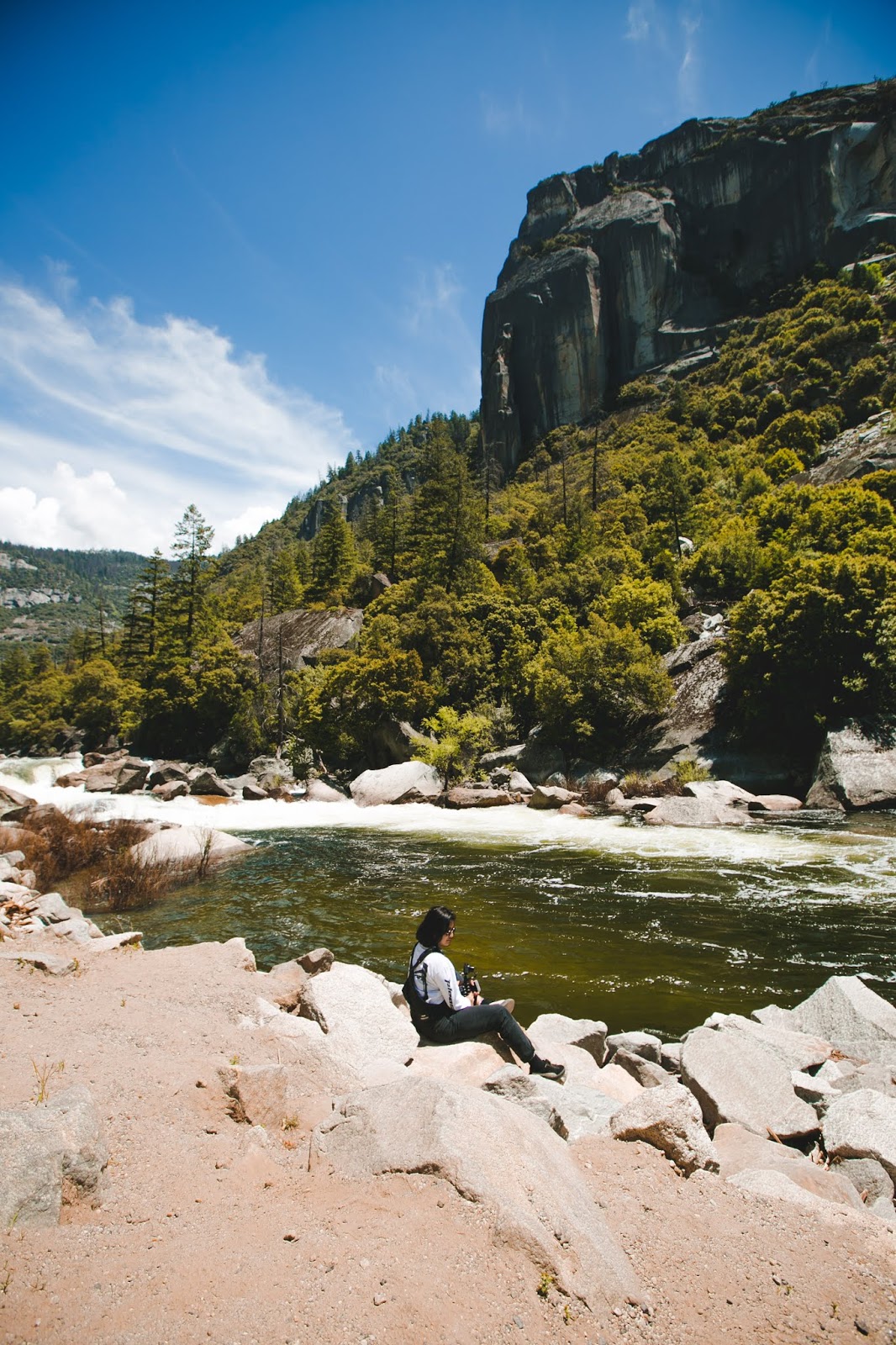 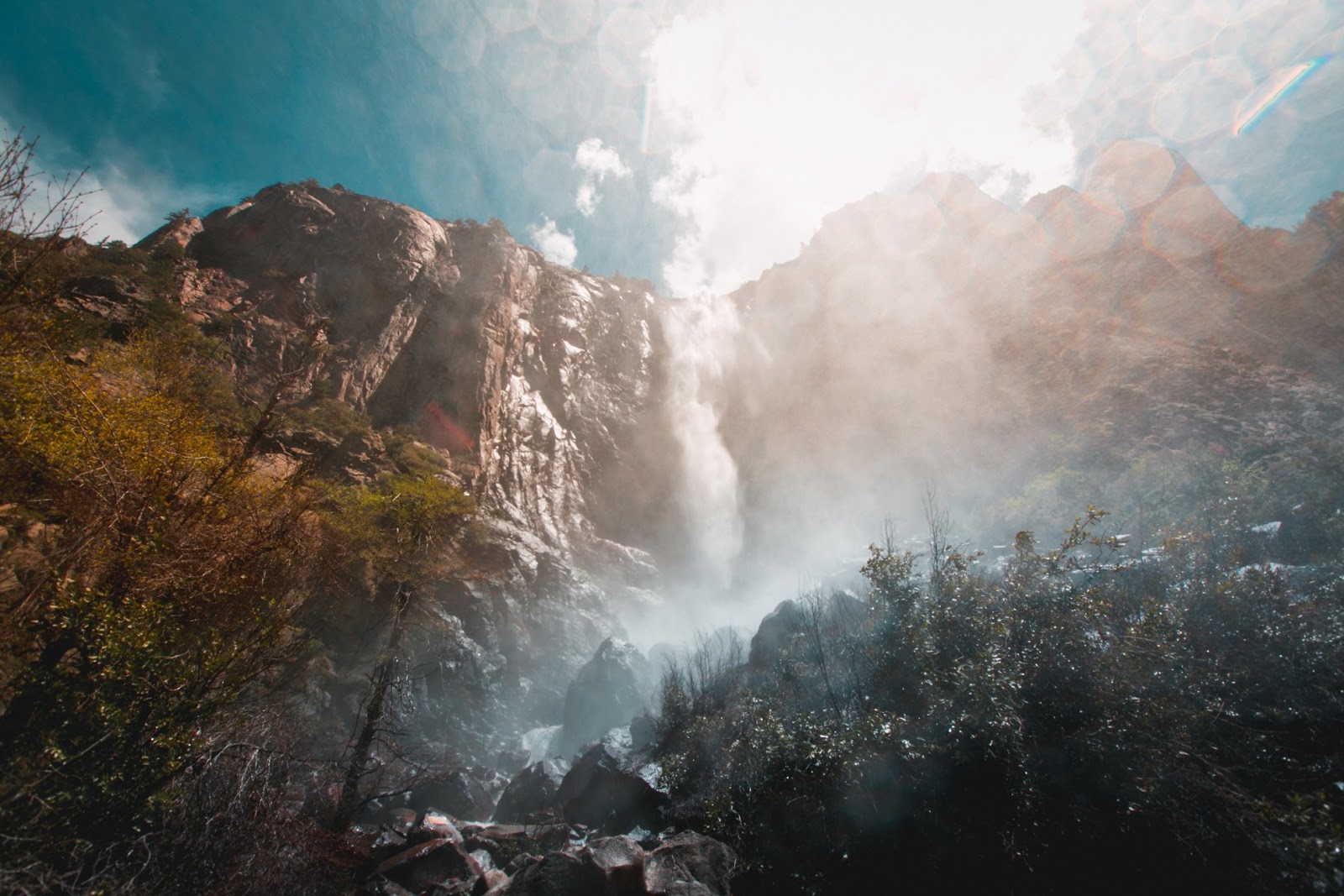 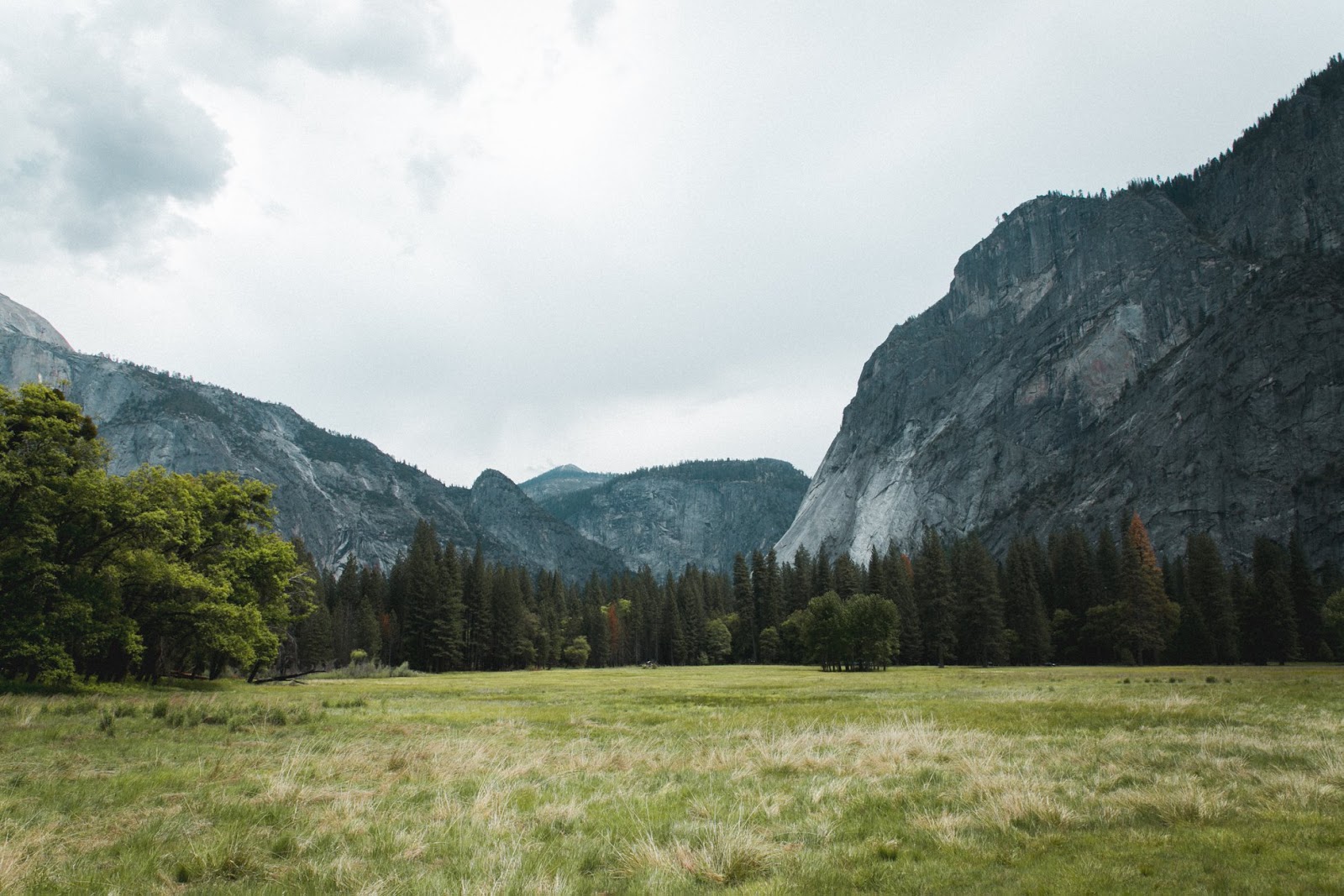 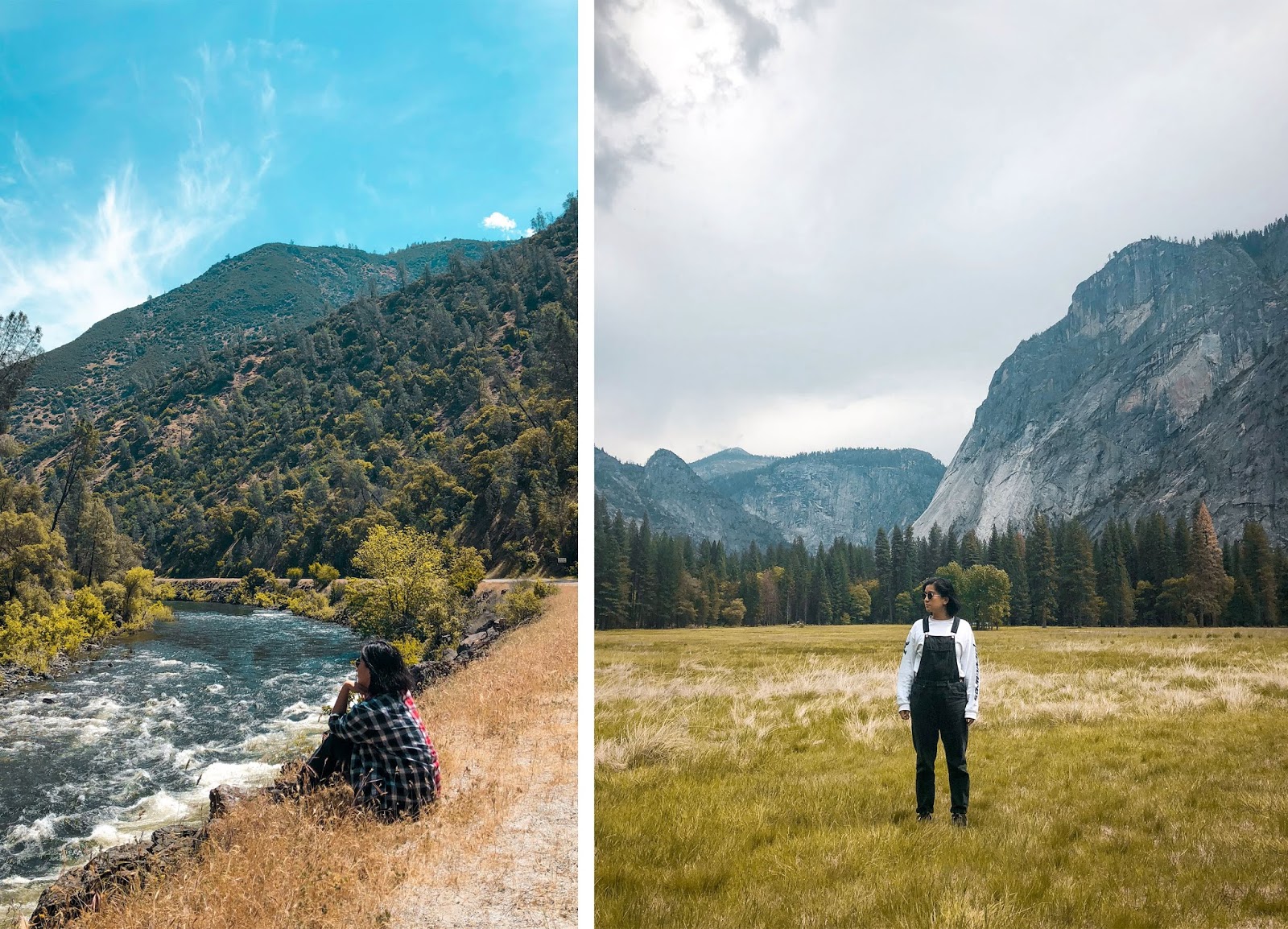 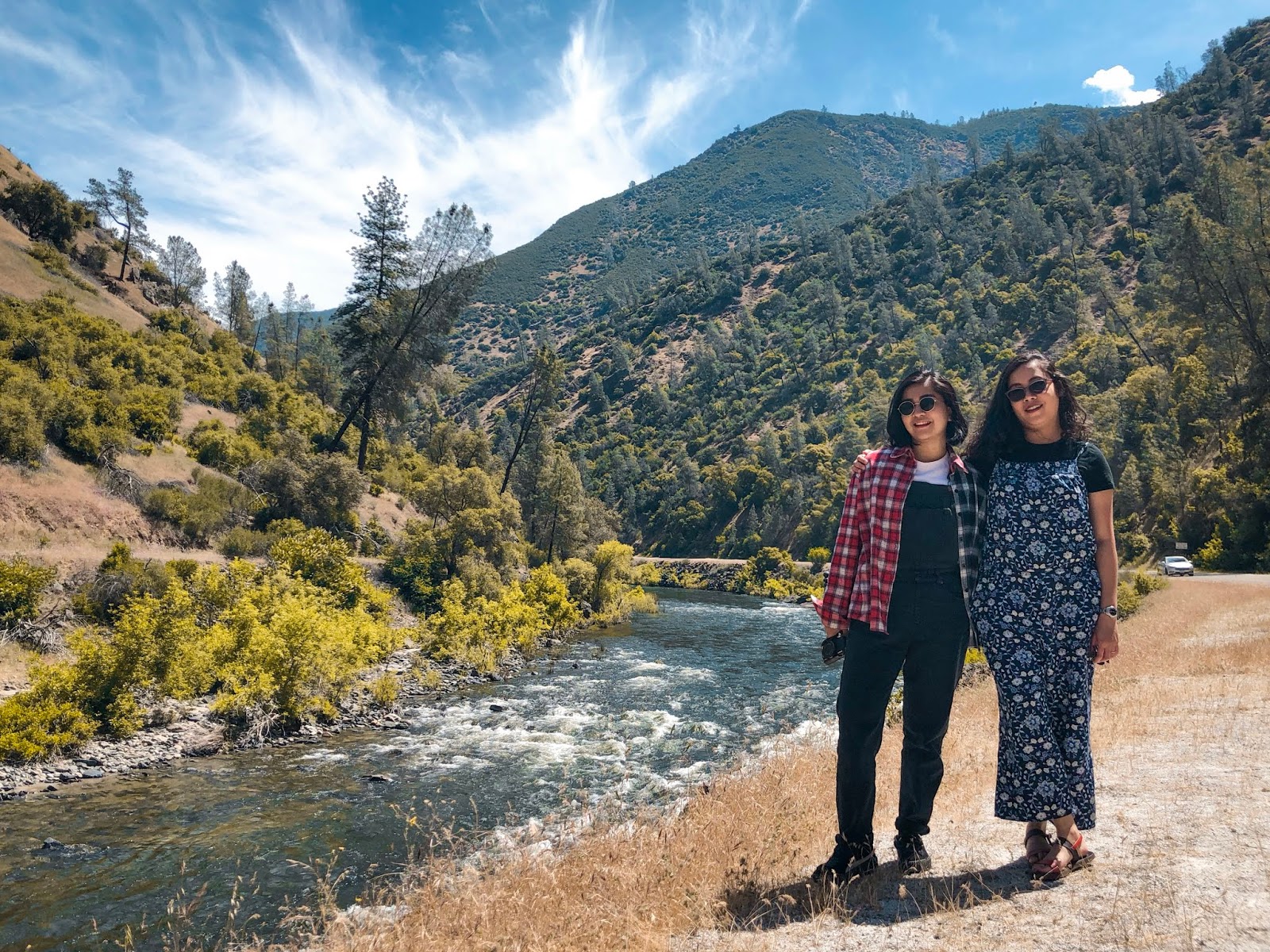 As it is, I'll end this entry with just a few notes in case any of you are interested in visiting Yosemite for the first time:

- Check the weather and make sure you're prepared. I know I overdressed but I guess it's better to have more than less. It's easy to remove but not to add.
- Bring lots of water and snacks. If I'm not mistaken, there's only one village market in the whole park, which isn't much help if you're not staying overnight and planning on cooking. Best bring your own prepared snacks.
- There are rooms/cottages/villas for rent if you do decide to stay over and spend a few days exploring the park. However, I heard that it gets easily fully booked so best to plan your trip ahead of time.
- Oh and of course, best to have a car driving there. I can't stress enough how huge the park is and while getting around on foot is possible (if you count hiking/trekking as a means of getting around), you're better off exploring the area in a vehicle.
- There are areas where you'll get wet such as the rivers and the waterfalls so when visiting these areas, make sure you don't have anything that can be damaged by water i.e. phones, cameras
- There's very limited cellular network so good luck getting into your socials
- Lastly, know what you want to get out of your visit. Some people go all out on adventures by camping, rock climbing, etc. Others, like ourselves, are just into appreciate nature and taking cool snapshots. If you're not into any of those things then I'm not sure it's worth your time.

Hope this helps you even just a teeny tiny bit with your travel planning but of course, you can always check out this site for complete information.

And now as promised, here's the video. Enjoy!

Photos and video by Pierre Elma and Yours truly