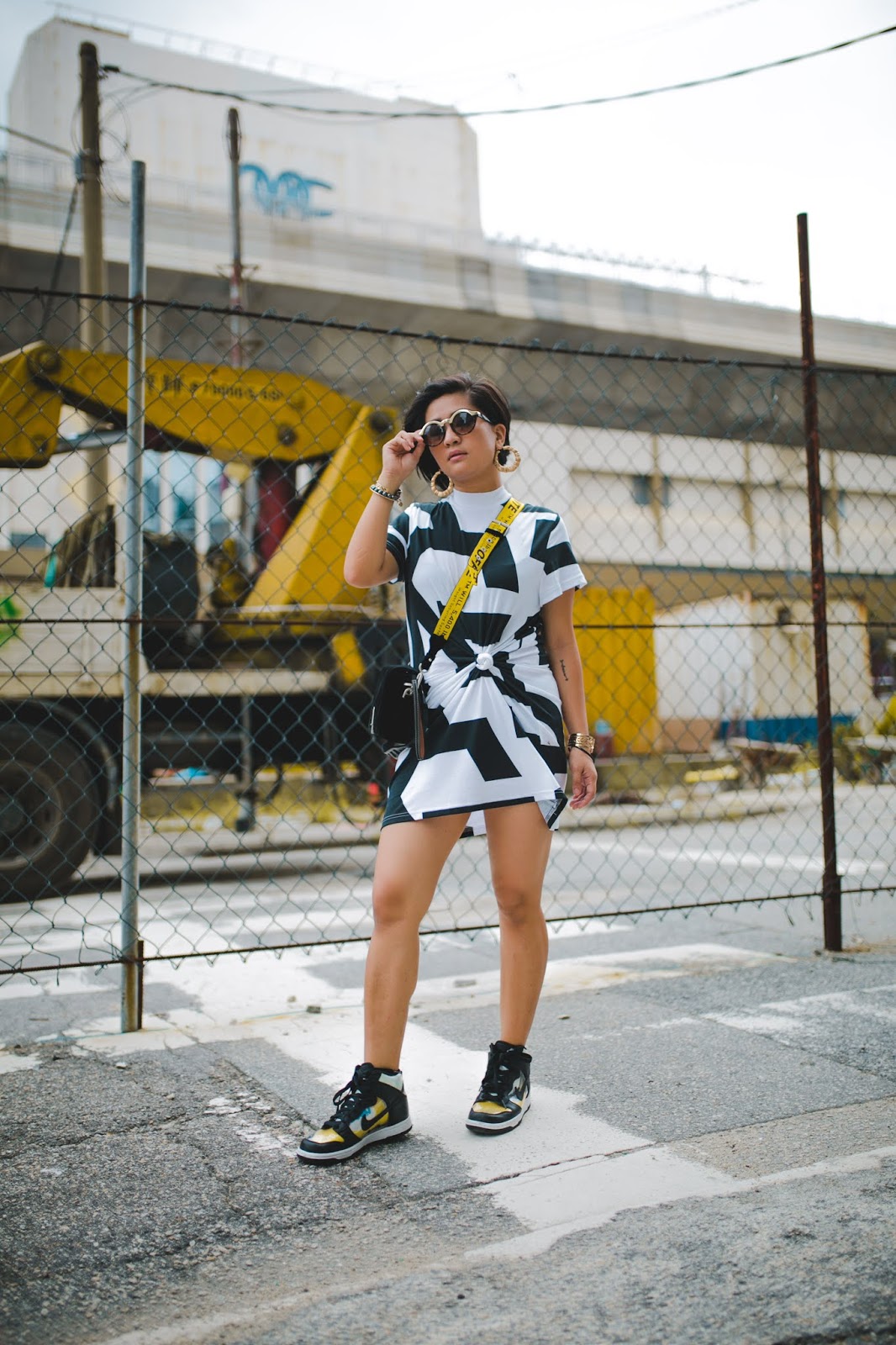 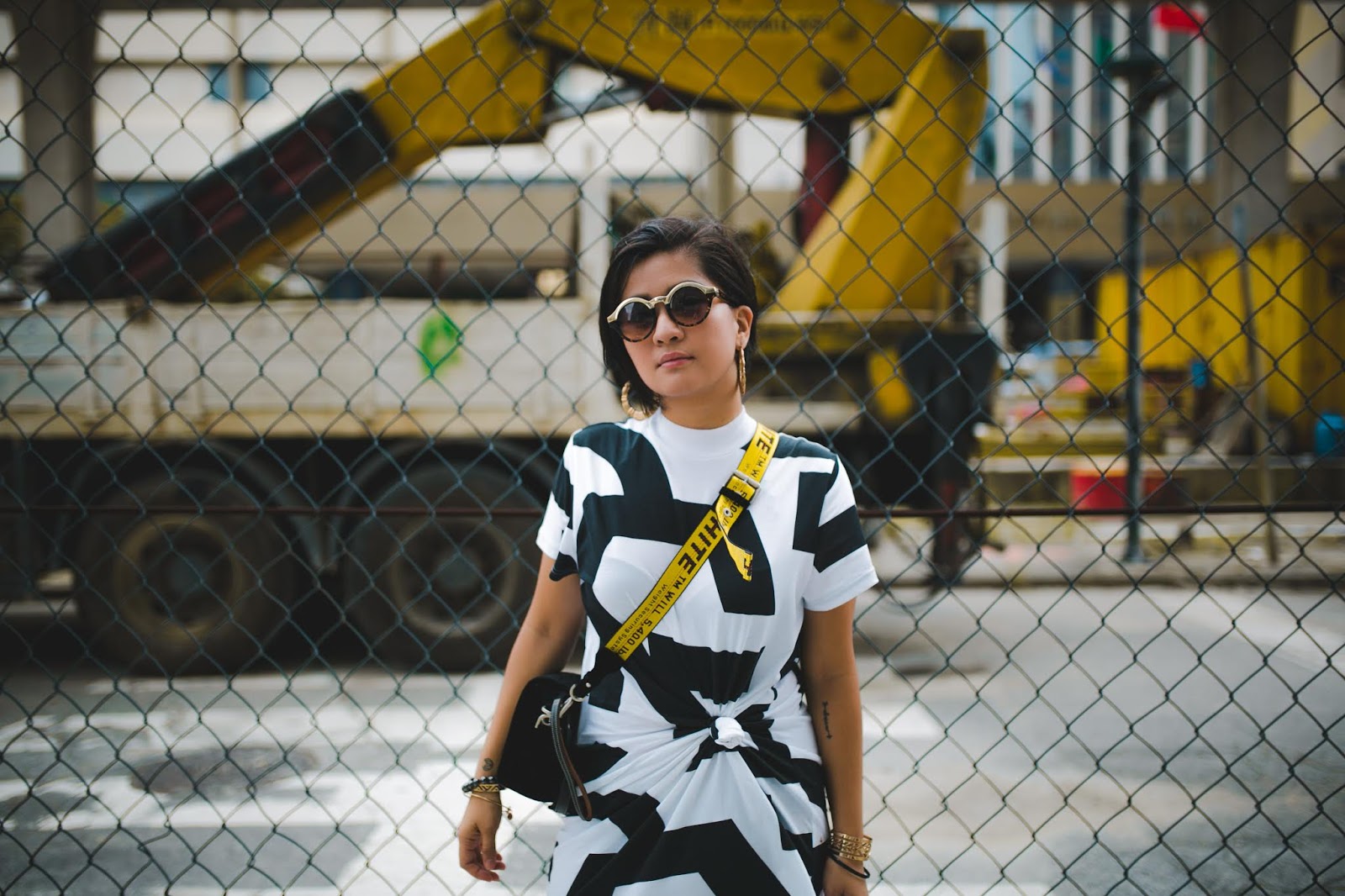 I had such an eventful weekend that I haven't really been home since last Thursday so if you wonder why the lack of updates on this corner of cyberspace once again, well here I am with my excuses as always. I think we've established that I'm not one to schedule posts though believe me I've tried (and still trying). But I realised that I prefer sharing my thoughts with ya'll in real time, like exactly what I'm thinking or feeling the very moment I'm typing these posts so I'll keep it that way - posting in my own phase, my own time.

Anyway, I digress. Let's talk about this outfit.

So I received a couple of items from Cheap Monday (Hong Kong), courtesy of Popkorn and my dear friend, the one and only Michael Cheung; he sent some items for me to style and as always, here I am with a dedicated outfit post. (Just to be clear, this is not sponsored or anything. I personally like Cheap Monday as a streetwear brand and way before I met Michael, I already patronize the brand). The piece I'm wearing in particular is a t-shirt dress that I was super excited to style the moment I saw it. Only problem is that the length is a little off - too short as a midi and too long as a mini. Formless shirt dresses like this make me look shorter than I already am so what I do is this little trick that I learned a while back, which is to tie a knot in a way that would make the hem shorter and the silhouette form-fitting so that it looked more like a mini bodycon dress. Et voila, a brand new look.

The dress has this whole black and white block print going on that I really like so I decided to stick to the theme, wearing a pair of black and white transparent sneakers, and accessorise with some pops of golds and yellows to complete the whole chic-but-not-too-feminine-and-street-but-not-thug sort of look I was going for. 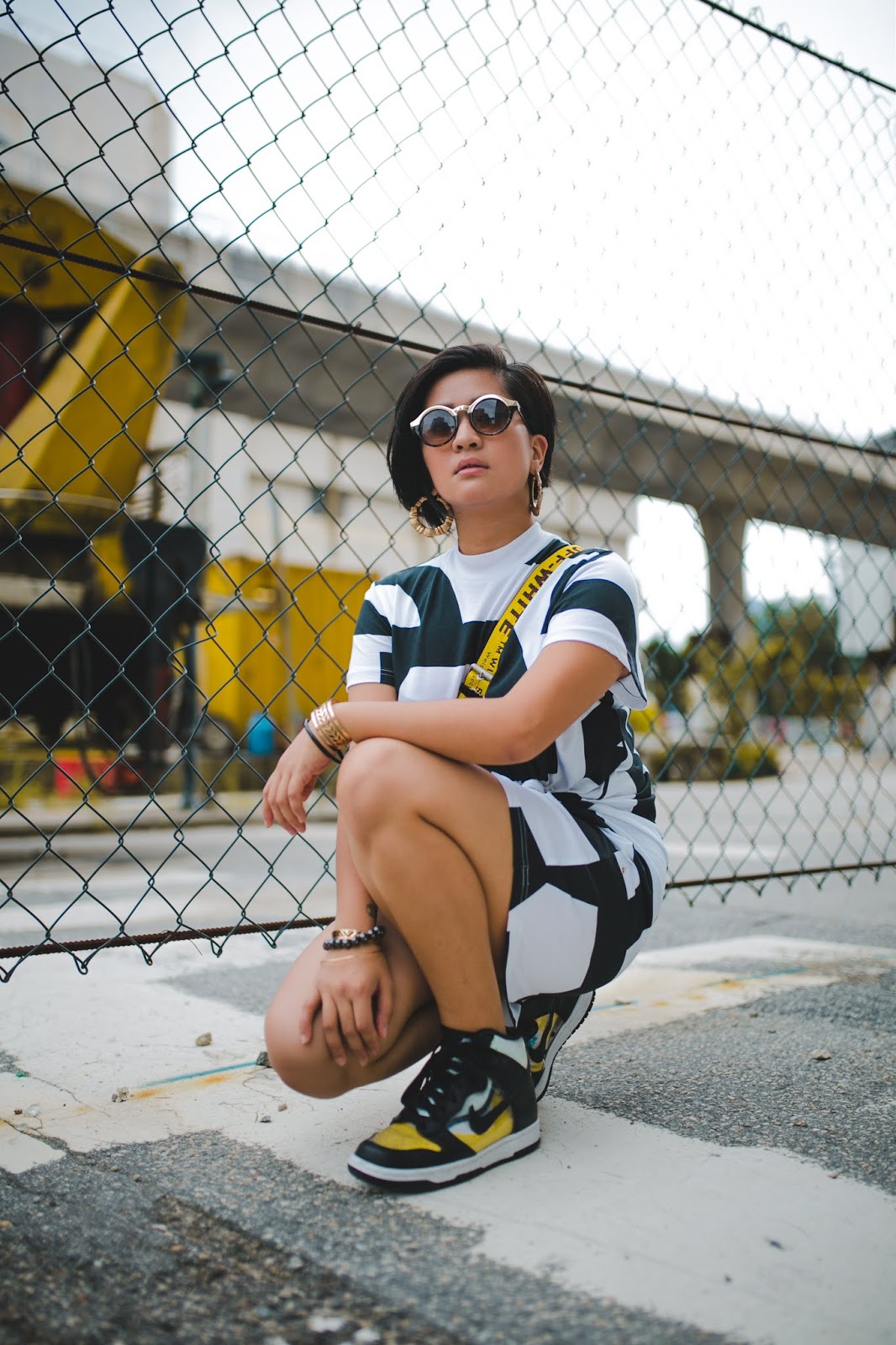 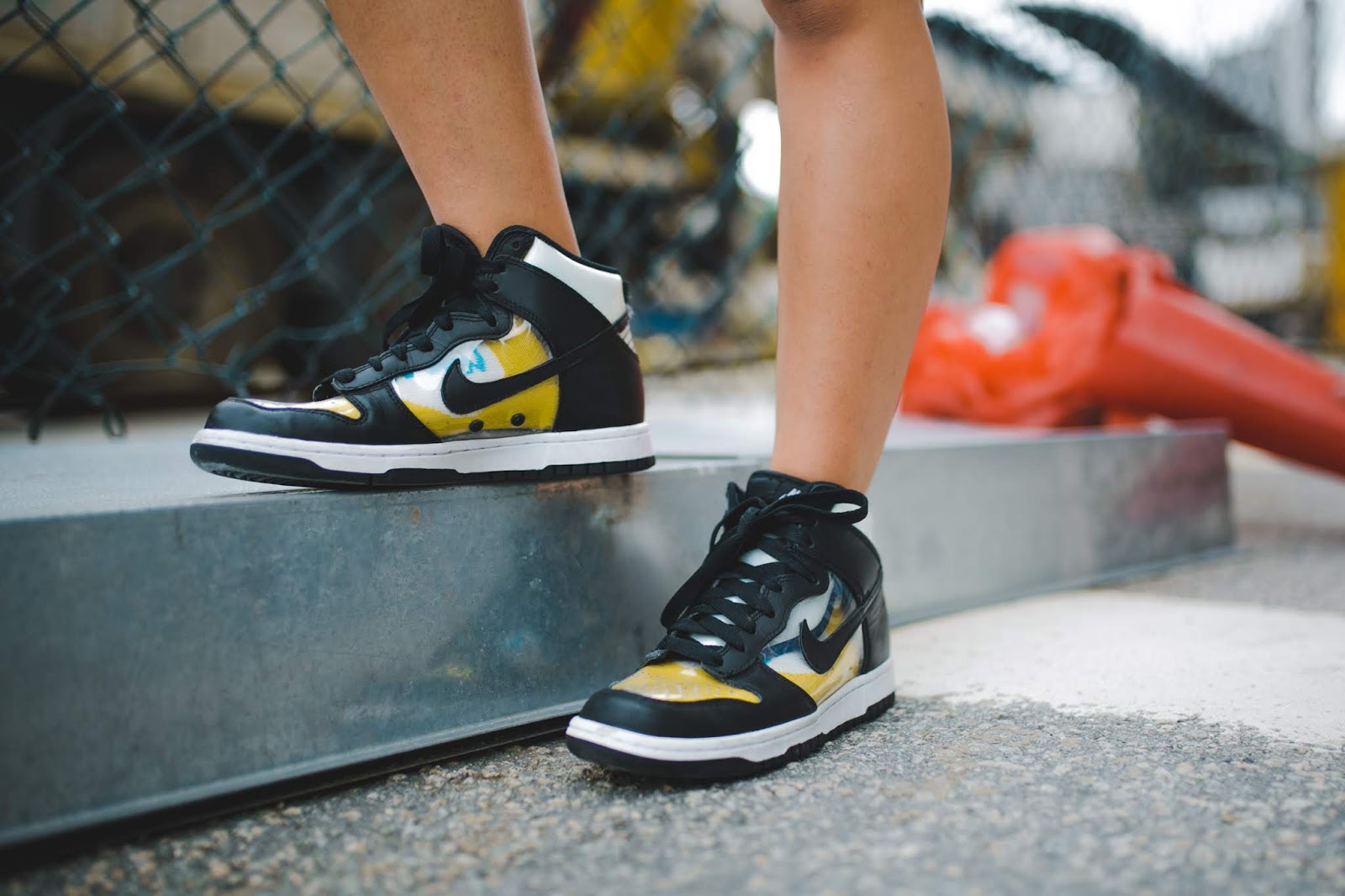 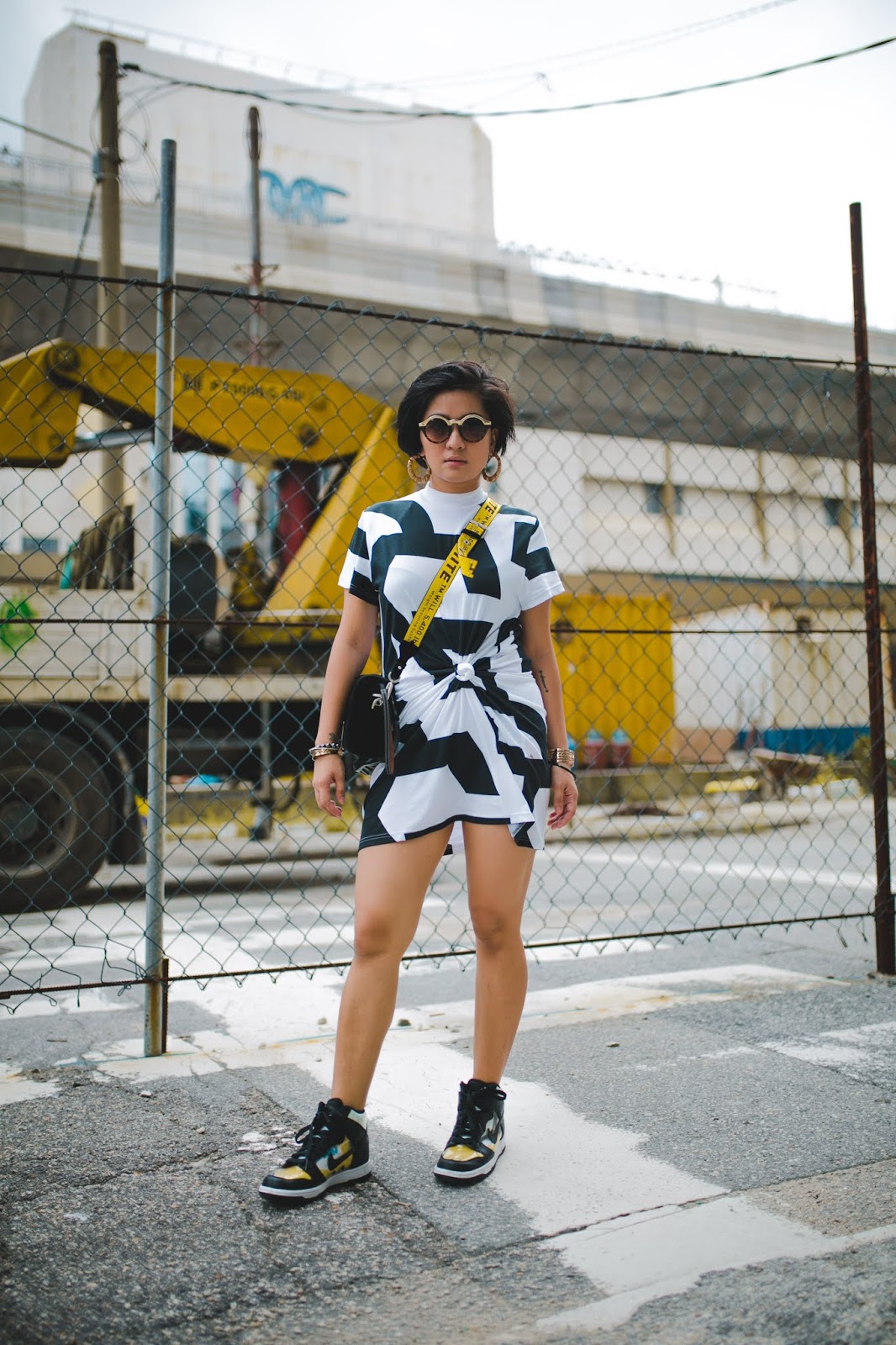 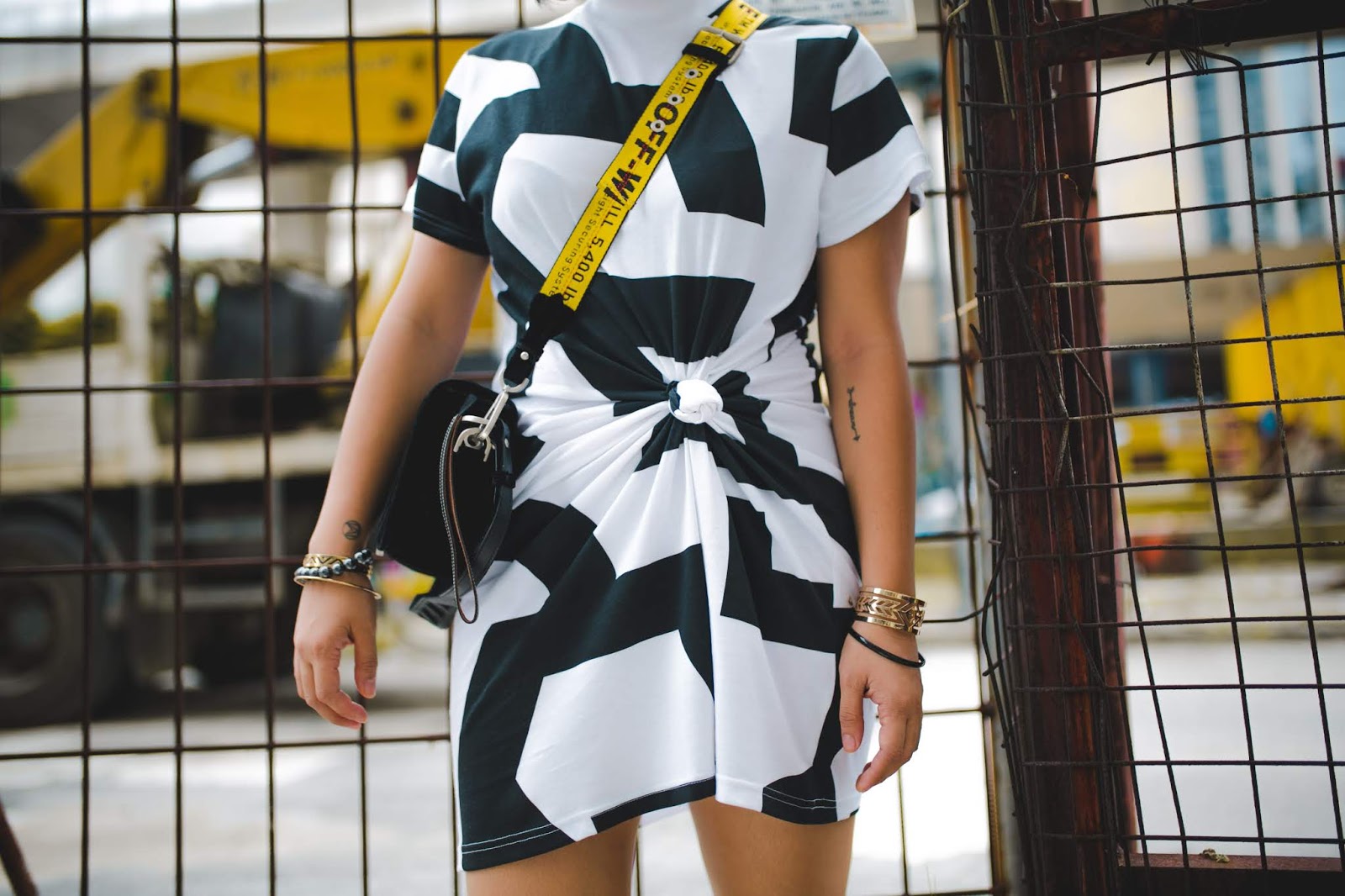 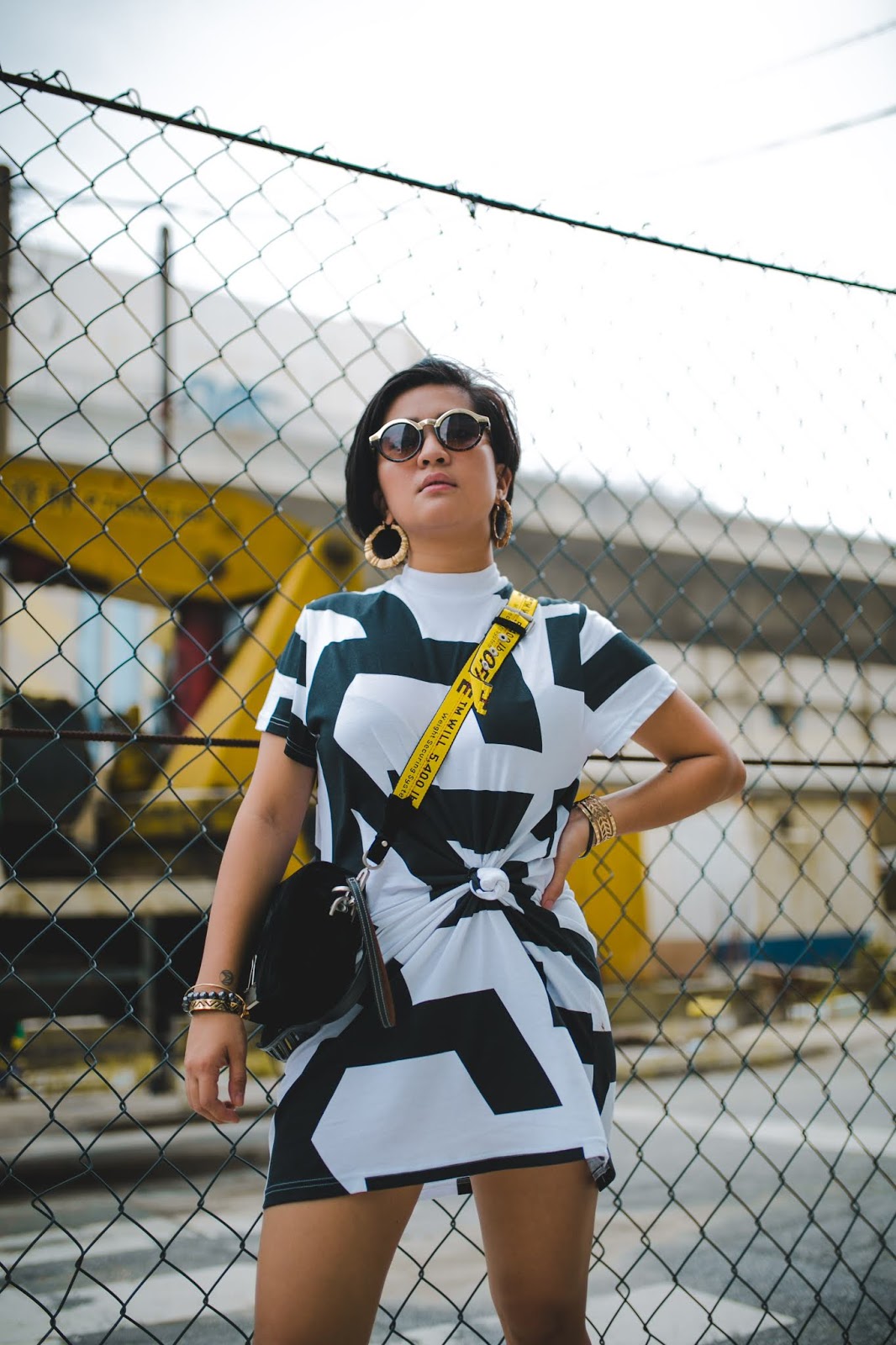 Now let's talk about the weekend. How was yours? Not that you're asking about mine but I'll tell you anyways, it was a straight-up party weekend. Not in a wild, out of control way, but the chill kind. Thursday night in Cubic; Friday night in Pacha; A debut celebration Saturday. Chill out drinks on Sunday. A few years ago, this was something I'd call a regular weekend but now, I'll admit signs of ageing are showing. I don't mind having spent a few nights stalking Jess Connelly in our local clubs and having fun while at it (because admittedly, that's the only reason I went to the clubs this weekend. And if you don't know who she is, you're missing out. Look her up, check out her style, and listen to her music!). But 4 nights straight without sleep and my face is breaking out with red zits allover. I'm not used to it and I hate it. I wish they'd go away before we jet off next weekend or they can only get worse with the jetlag and all. Ugh. Never thought I'd ever be this concerned with my skin but here we are.

But no regrets. It was fun weekend after all. And like I said, we'll be off travelling again this coming weekend so more exciting things to come. As I type, I'm actually creating a mental list of what to pack. There's still quite a lot for me to do before we leave and I wouldn't want to worry about leaving things behind if I pack at the last minute so perhaps that's what I'll do right now.
Talk to you guys again soon, then!