Barcelona in a Minute | VLOG 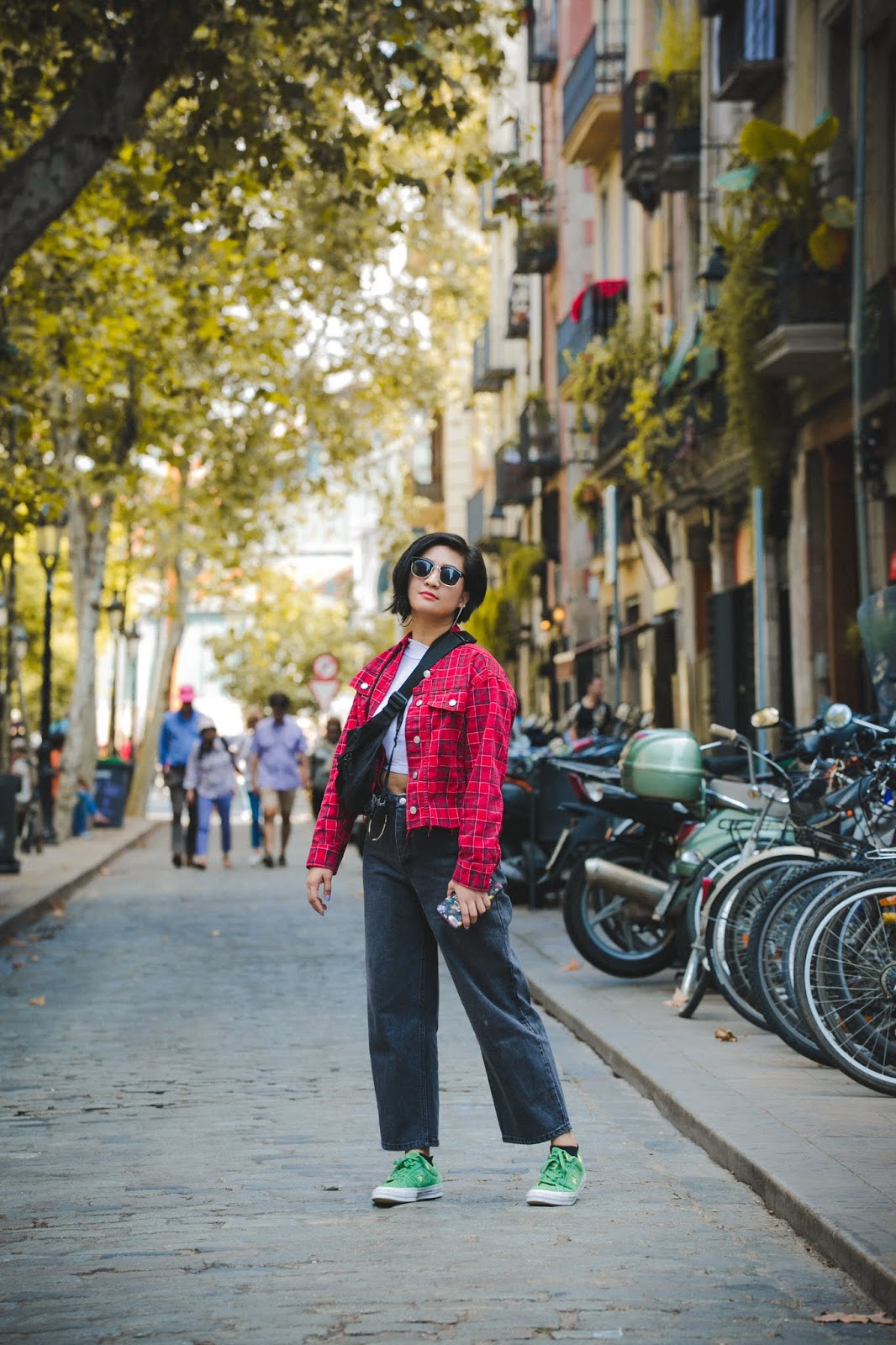 Hola, friends! I'm back from my short hiatus. It's not like you guys are concerned, really, but I do want to apologize for leaving this space unattended for a over a week. Even though I planned out most of our Euro-trip itinerary, I didn't realise how tight it was until we arrived in Barcelona, so much so that Pierre and I weren't even able to take lots of photos at all, let alone edit. I did try to to keep up with Instagram though so to those who followed along over there, happy you did, thank you.

Anyway, like I said, we were on a super tight schedule and we only managed to take these snaps from our first two days in Barcelona. Day 1, we went up to Mount Tibidabo (unplanned but somehow we ended up there), where we visited The Temple Expiatori del Sagrat Cor and had lunch with the whole wedding entourage (read my last post to catch up on whose wedding it was). By the time we finished lunch and had our mandatory group selfie, we were itching to visit La Rambla and do some shopping. After all, that was what we had intended to do on our first day in Espanya.

The thing with travelling with big groups is that expect to always wait around for everybody else, and that means wasting so much time. But of course we wanted to do as much as we could with our limited stay and so we separated from the rest of the entourage and found our own way. 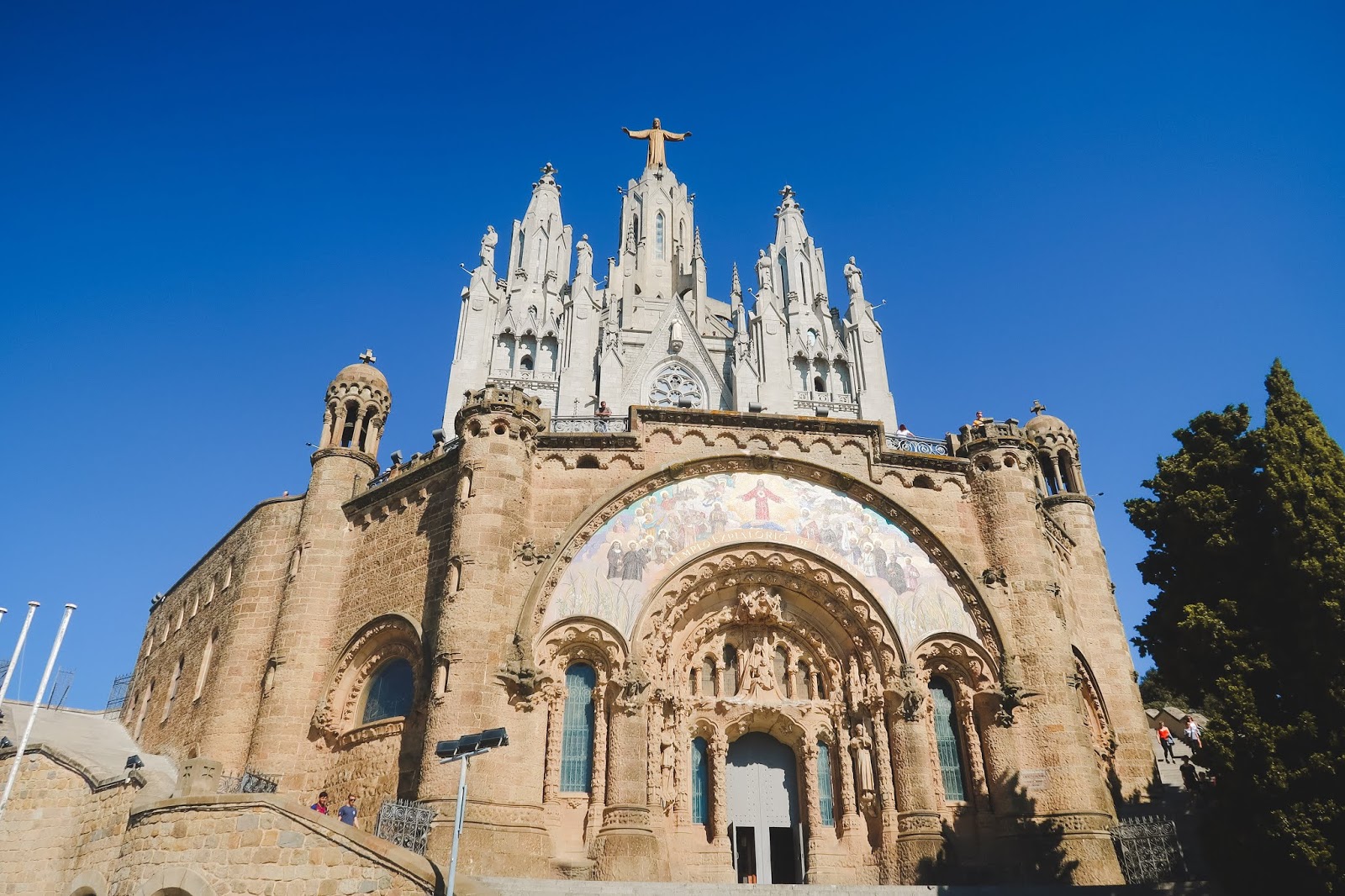 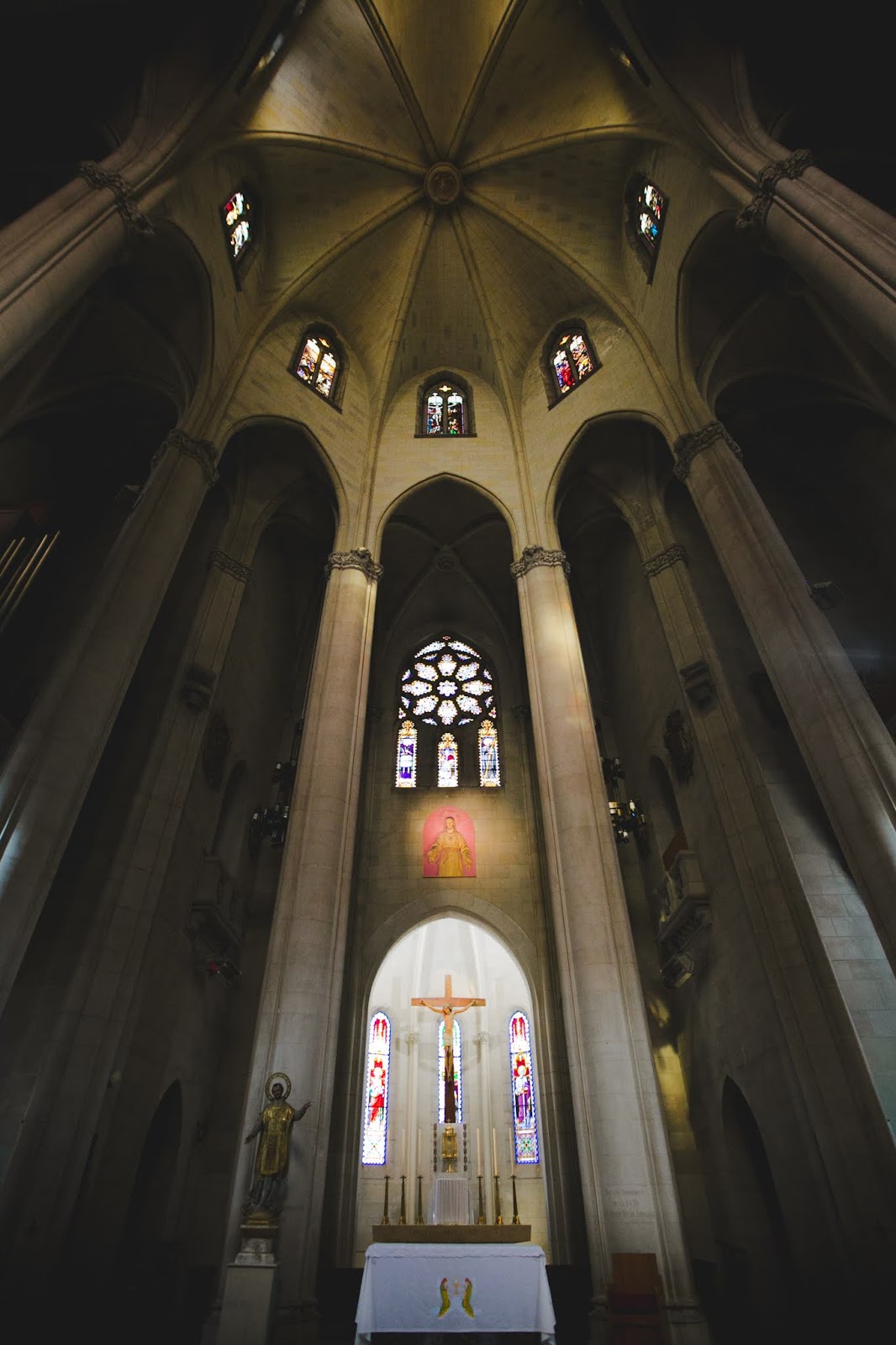 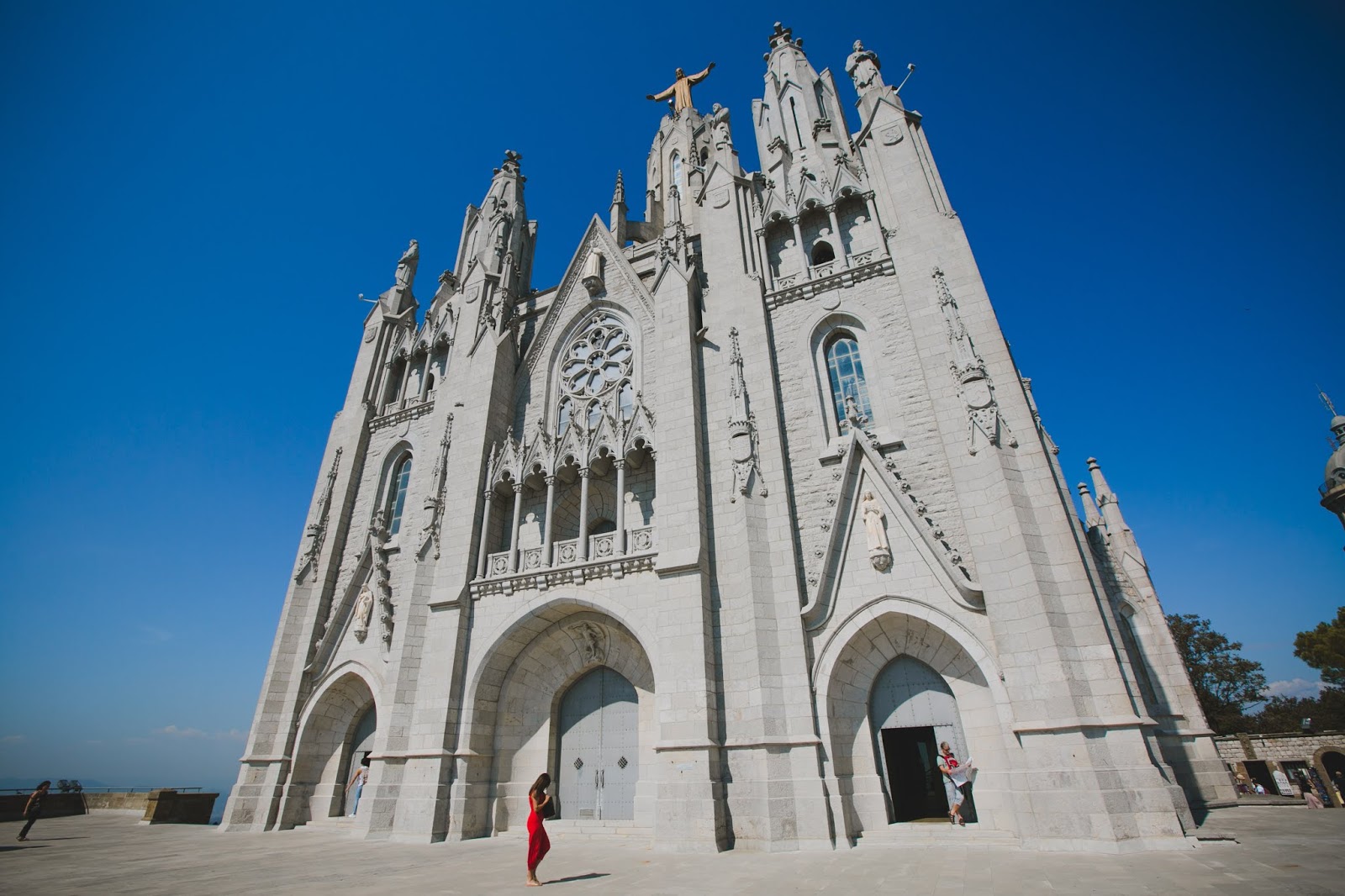 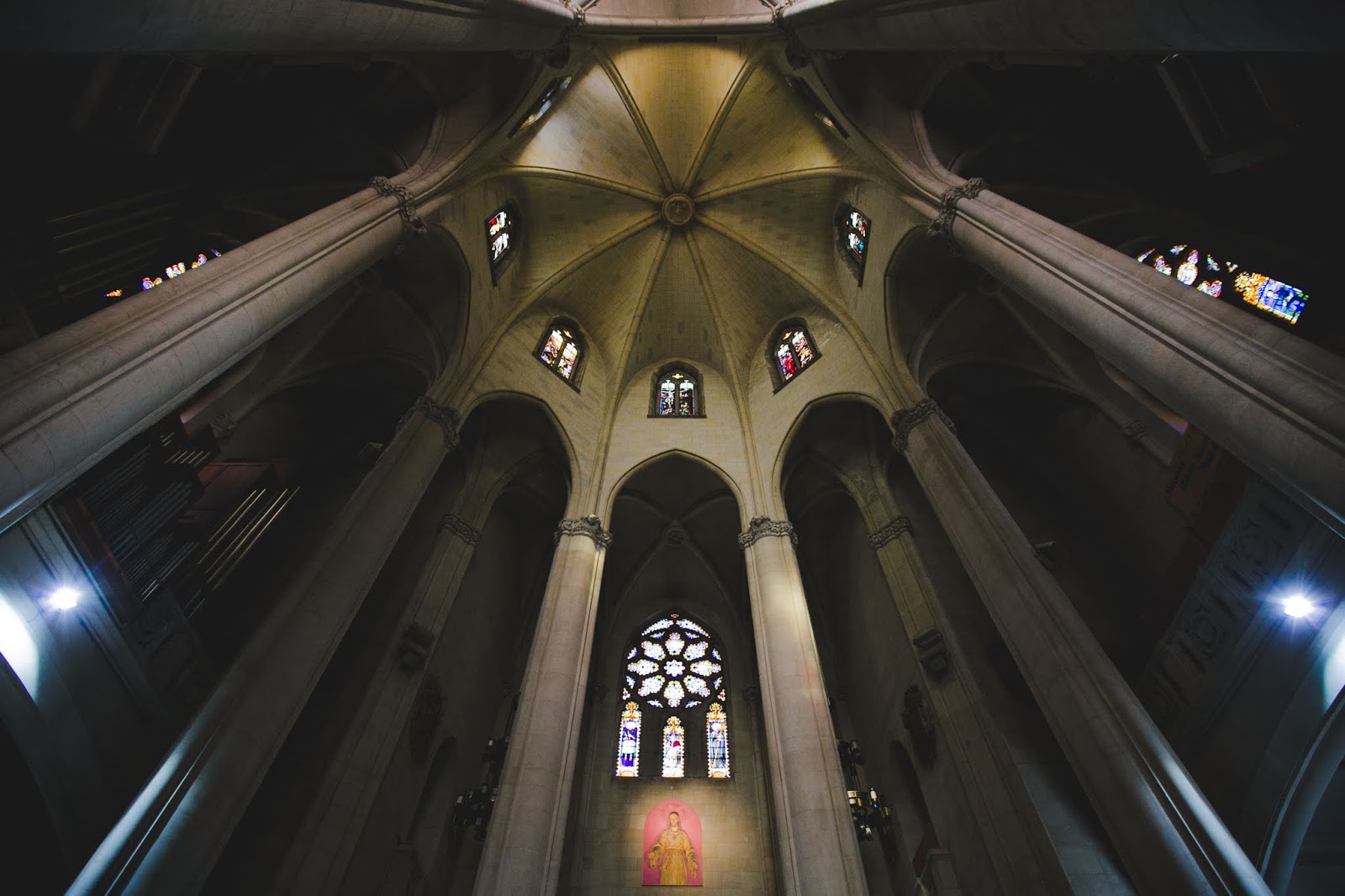 Our first stop was Lefties - if I'm not mistaken, it's another brand under Indidex, which also owns Zara, Bershka, etc. I believe it was originally an outlet meant to carry leftovers from its sister brands, hence the name Lefties. But it has grown to being its own label. And as one might expect, it carries some really trendy pieces for affordable prices. That's where I got this plaid denim jacket that I'm wearing here from.

After Lefties, we made our way on foot to La Rambla. I guess this street doesn't need much of an introduction, non? It's one of the first things that will pop-up on search engine results if you google things to do in Barcelona. Next to the Sagrada Familia, of course. There you'll find retail stores nestled between rows of beautiful gothic architecture while artists fill the streets with vibrant performances as curious pedestrians walk about. It's essentially a shopping and entertainment haven. And by shopping I don't mean expensive, designer brands but stuff that I can actually afford.

But then again, our time did not allow for us to browse every single shop situated along the boulevard, and so even if I did prepare to shop, I couldn't. Not that I'm mad about it. Perhaps on another trip? 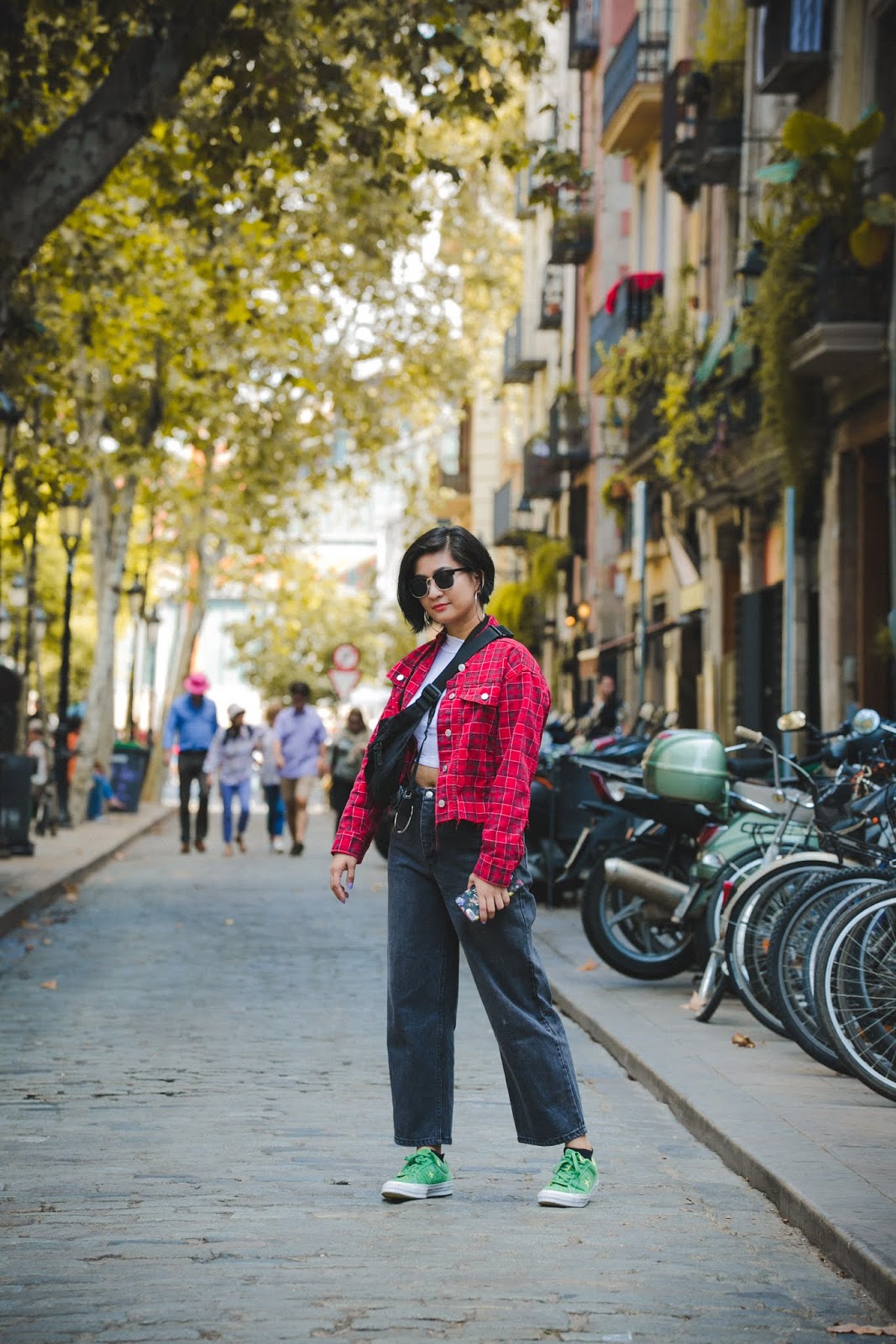 The evening came way too fast and soon we're hungry, craving for some authentic Paella. Still in La Rambla, we found this restaurant that looked promising, albeit a little pricier than your average restaurants in Barcelona. Our stomachs were already making noises that we didn't really care to look for any other options. So we got a table and placed our orders. One pan of mixed paella, seafood paella, pasta and pizza, and a few more items later, our cravings were completely satisfied.

You know, I try not to eat rice as much as I can specially while on vacation but for paella when in Spain, who am I to say no? 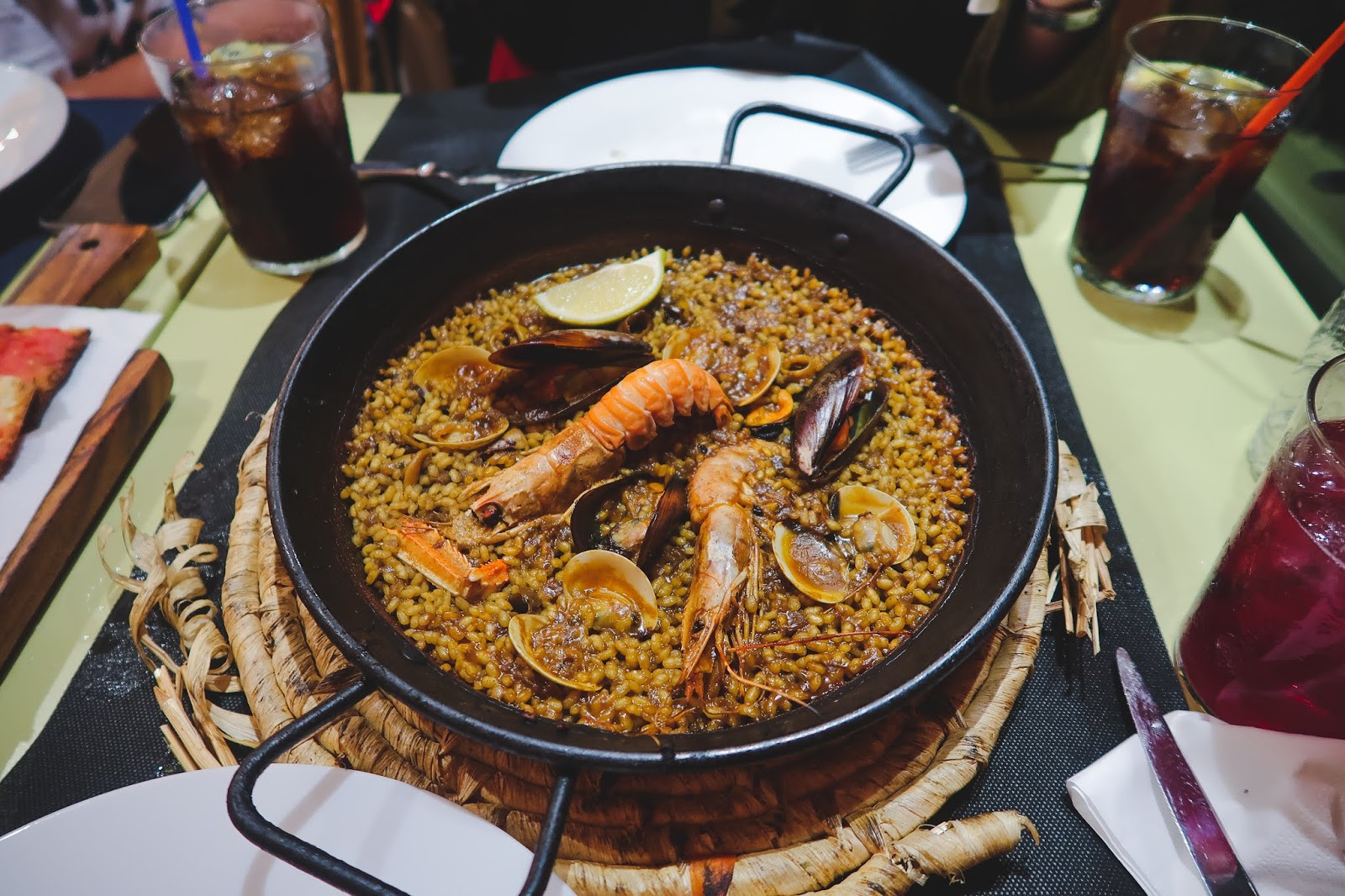 After dinner, we decided to call it a night and head back to our apartment, which is gorgeous by the way. I just had to put it out there and if you followed my IG stories during our stay, I'm sure you understood what I meant.

But anyway, before that, a trip to the local supermarket is in order. We couldn't live a night without drinking some wine or whatever alcohol was available (I recall there was some beer with tequila?), and in this case where I'm concerned, Cava; and because we were in Spain, we couldn't resist stocking up on tapas to munch on in our apartment at anytime of the day. I was having them for breakfast, tea time, and midnight snack. Every. Single. Day. Anyway, I'm back in Macau now and just about getting started on sorting out the few visuals we took from the whole trip, from Paris and Amsterdam included. Hopefully I can keep up with my posting schedule from now, you know, at least get all the photos out there for ya'll to see.

For now, I leave with you with these set. Adiós!