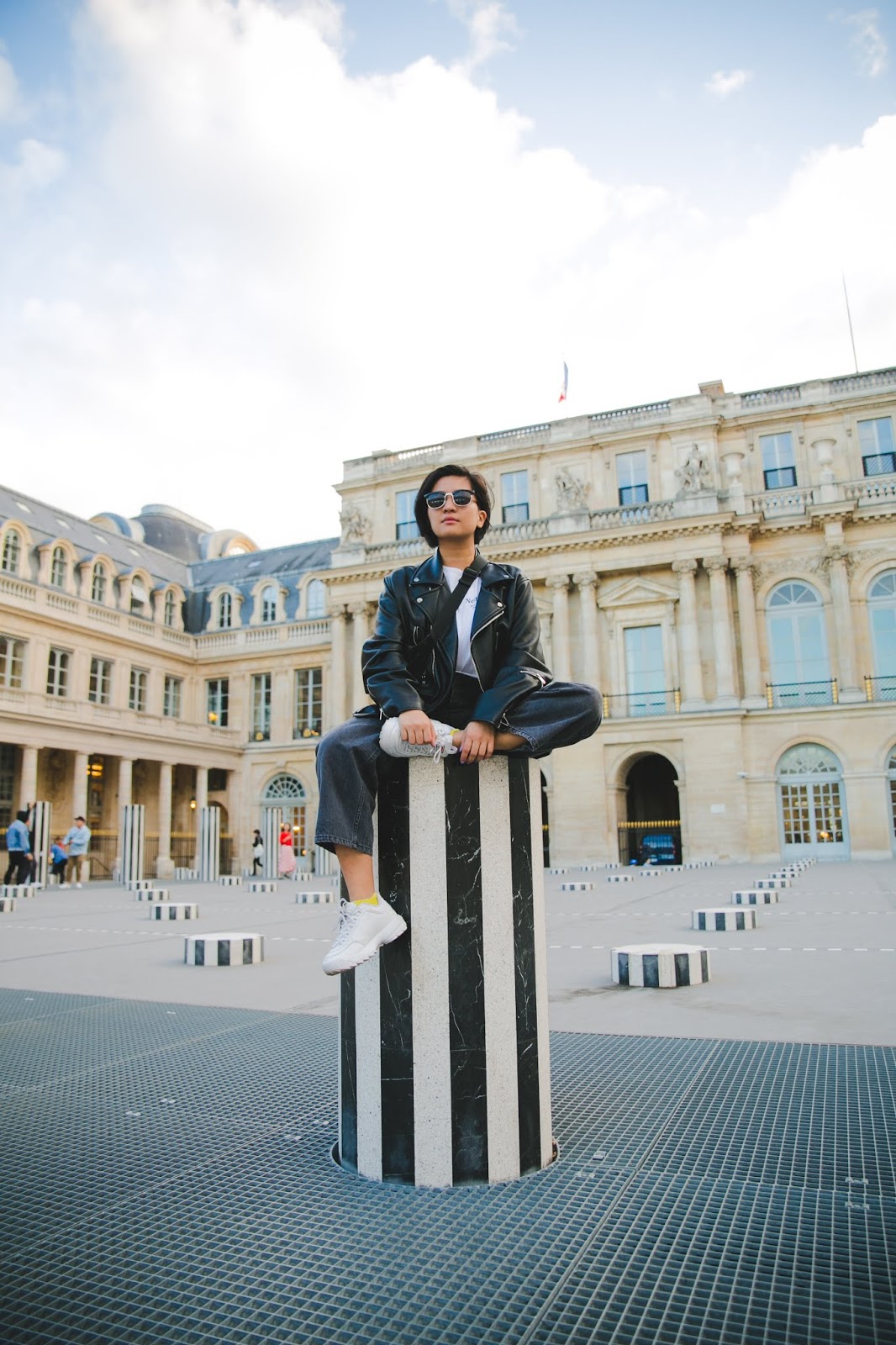 I remember coming to this place for the very first time three years ago. It was almost by accident as our destination was ultimately the Louvre, which was just across the road from Palais Royal. It was the most magical thing (though I say that with every other experience I encounter in Paris). This time was no different.

We just came in from Barcelona much like the last time when we arrived from London late in the afternoon. The inevitable gloom that lurks over the city always make a bittersweet welcome. Add in the narrow apartment elevators that was broken the day of our arrival would leave a sour taste in the mouths of first-timers. I have expected something like this would happen so really, it's a big deal. It makes for a great love-hate relationship with my favourite city.

An hour after settling in, we were ready to take it to the streets and you can take a guess where our feet took us. I don't know what it is but personally, I reserve the Eiffel Tower for second days. It's almost as if I need to mentally prepare myself to see it and in broad daylight. But people who've been to Paris will know that it's as equally magical in the morning as it is at night with its glistening lights.

But I digress. The Louvre is always the first of the must-sees and along the way, a side visit to Palais Royal is, of course, mandatory. It doesn't get as crowded as the former does and for someone like me who needs proof that they've been there, flexing in whatever outfit I thought was cool for that day, the striped black and white pillars make for a perfect photo backdrop. Mind you, this time around I did not plan any particular outfit. But I took some photos all the same. 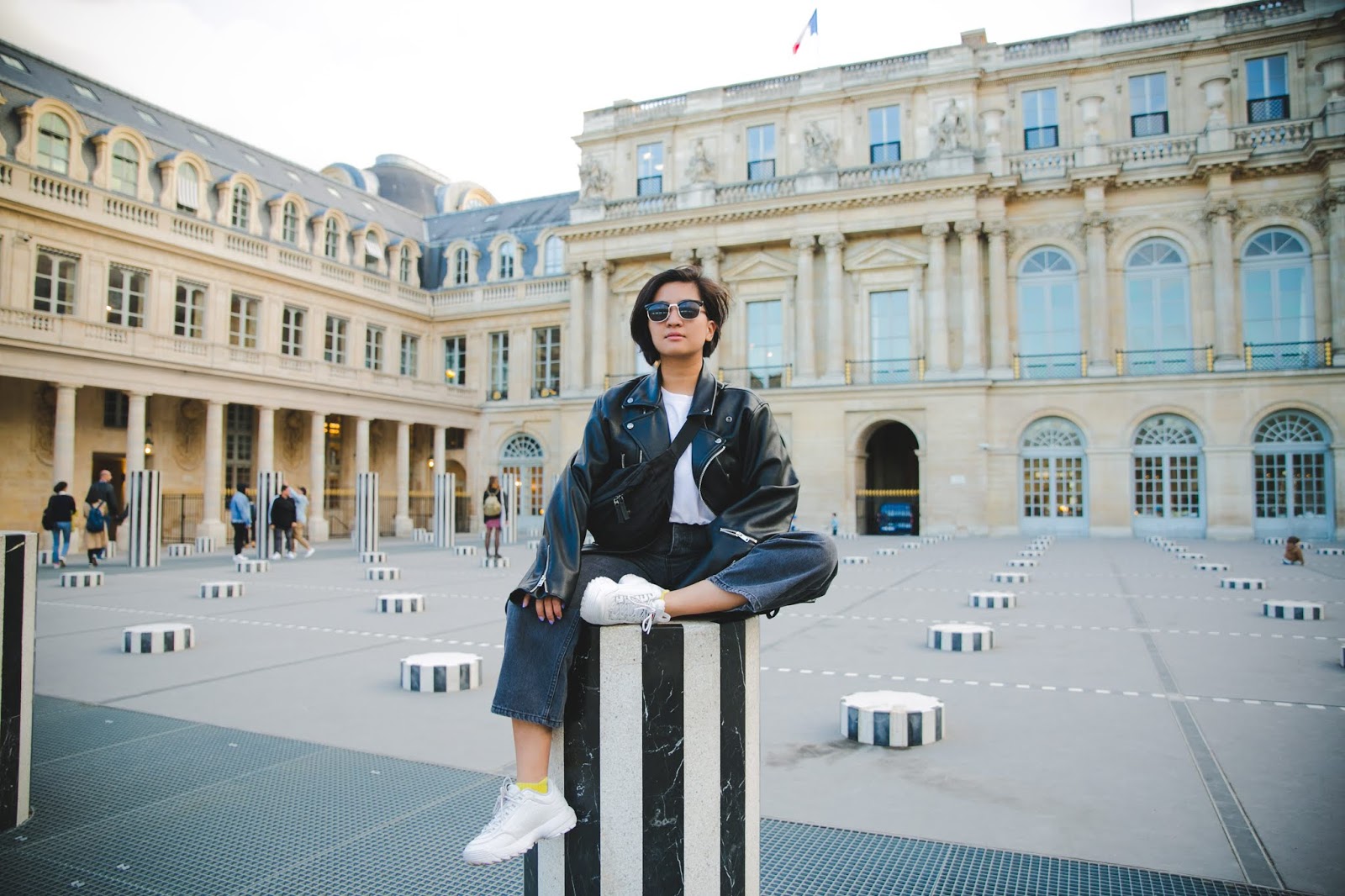 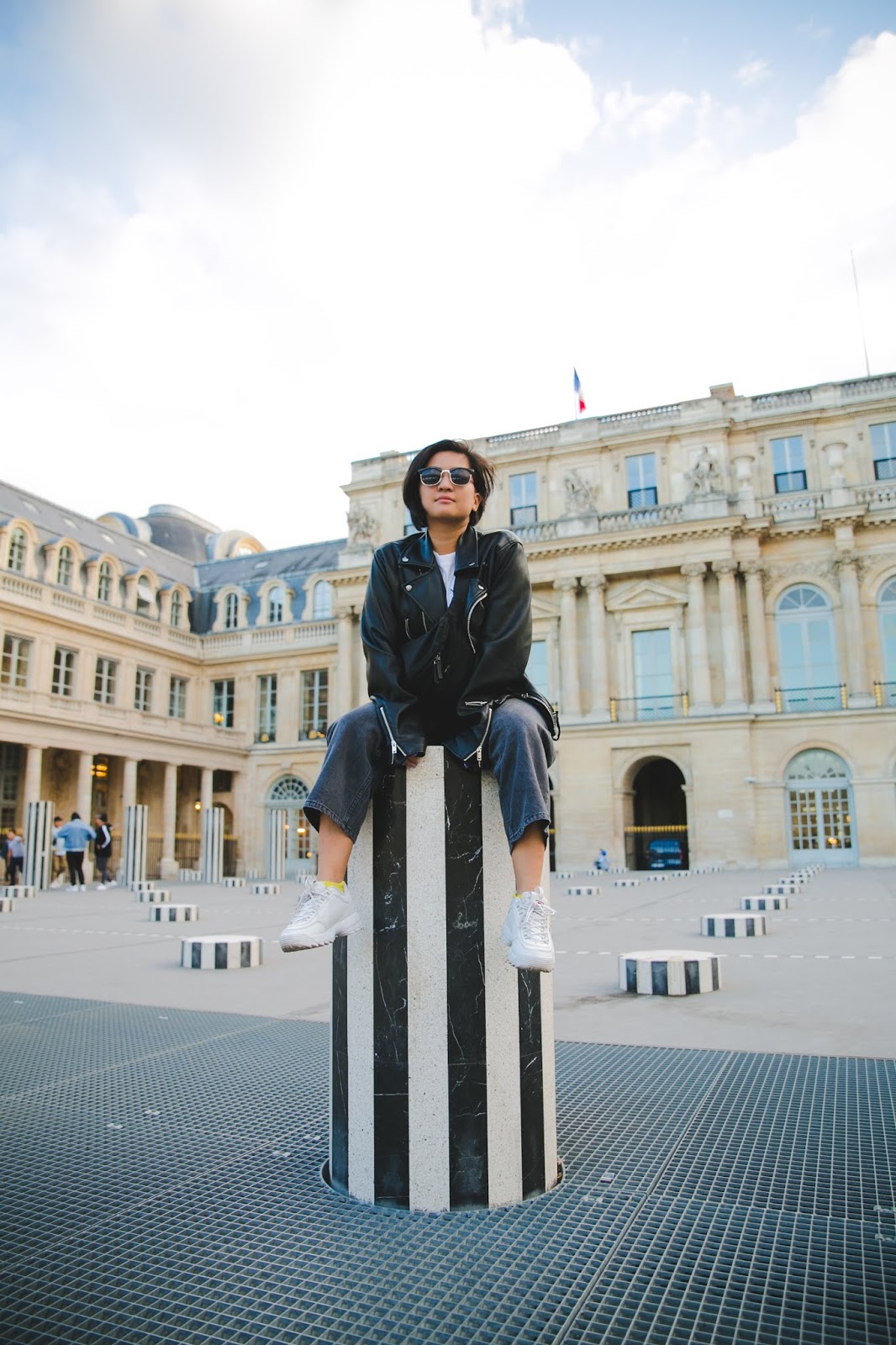 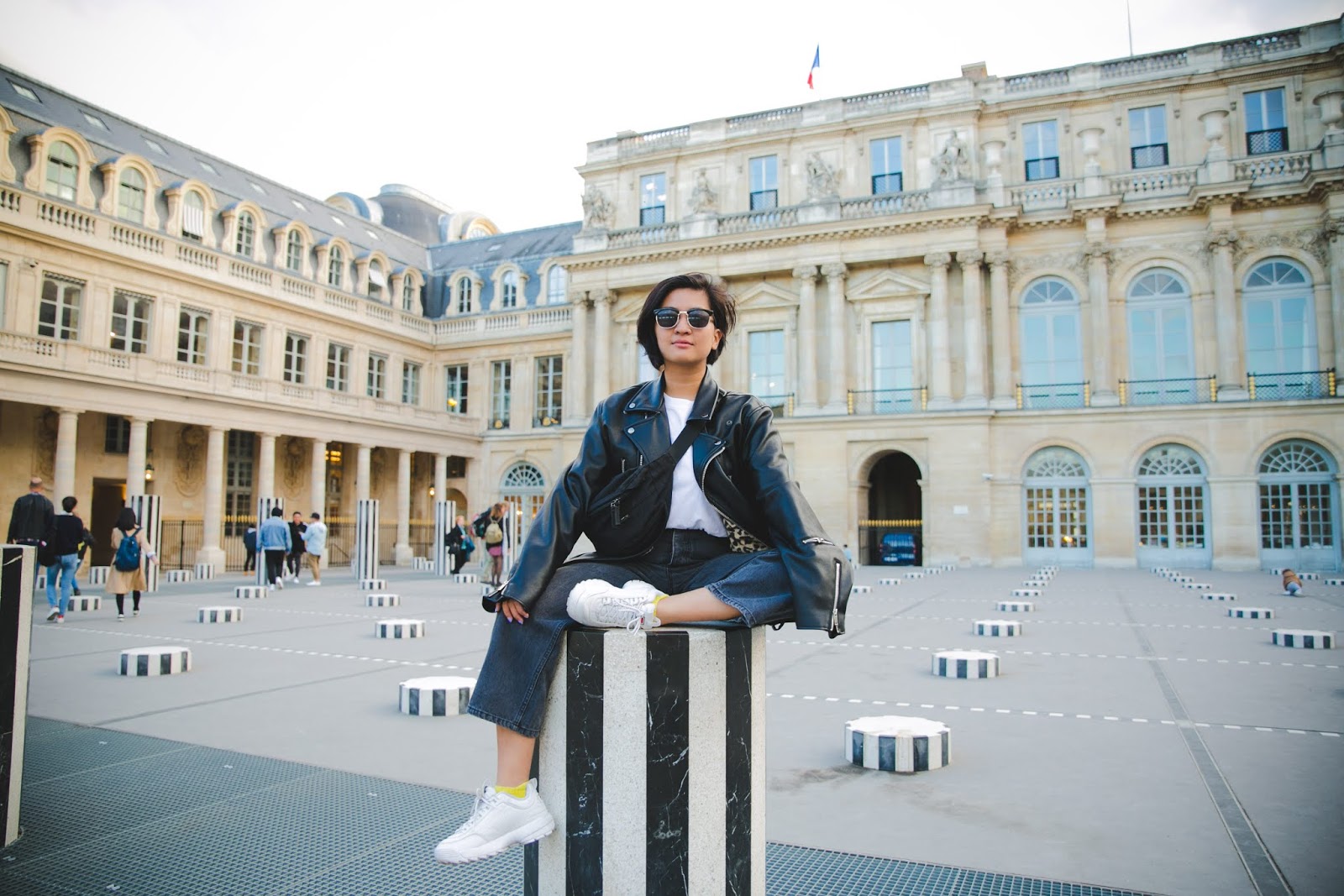 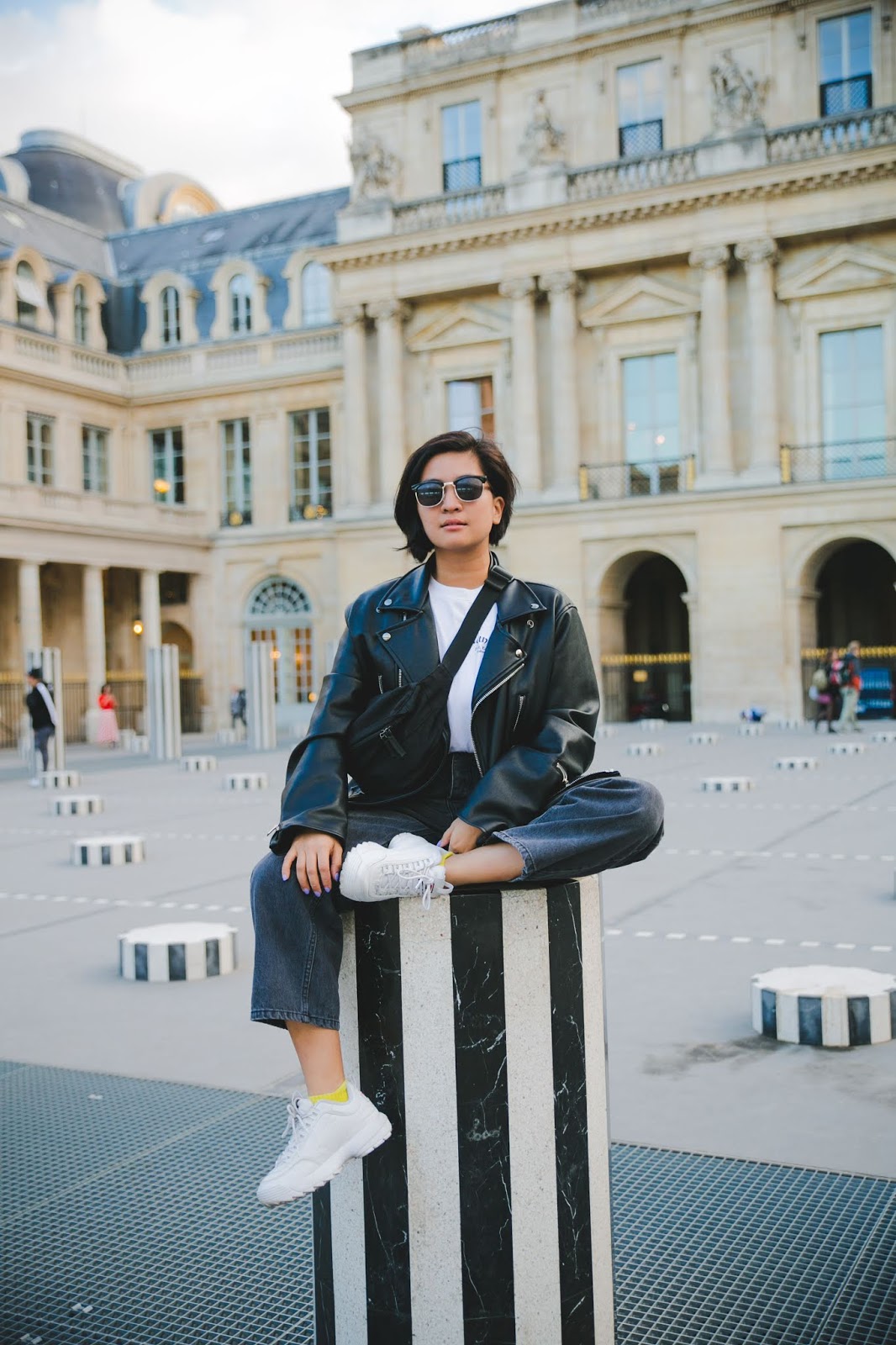 A thousands shots and few more later, we were ready to hit our ultimate stop for the day.

Honestly, seeing the Louvre from the outside is already so satisfying that I can't imagine how much more it would be from the inside. I'm talking about the exhibits. And yes, imagine. Because once again, even as I planned on entering the world famous museum, we never made it in. Not for the lack of trying, really. The lack of time is more like it. I hear it will take you at least 3 days to see every single thing in the Louvre for 30 seconds at a time. Imagine rounding that off with just two hours on hand? Not worth it. Perhaps in another trip? Pray, that's not the last time I visit Paris. There will me more!

Anyway, I did VLOG while I was there, albeit sporadically. There were moments I was just too consumed by being back, trying to do as much as with the little time we had that I barely touched my camera. But I tried. Working on at the moment so to speak so by the next post, it will most likely be up. Until then, I leave you here.

Have a great week, ya'll!