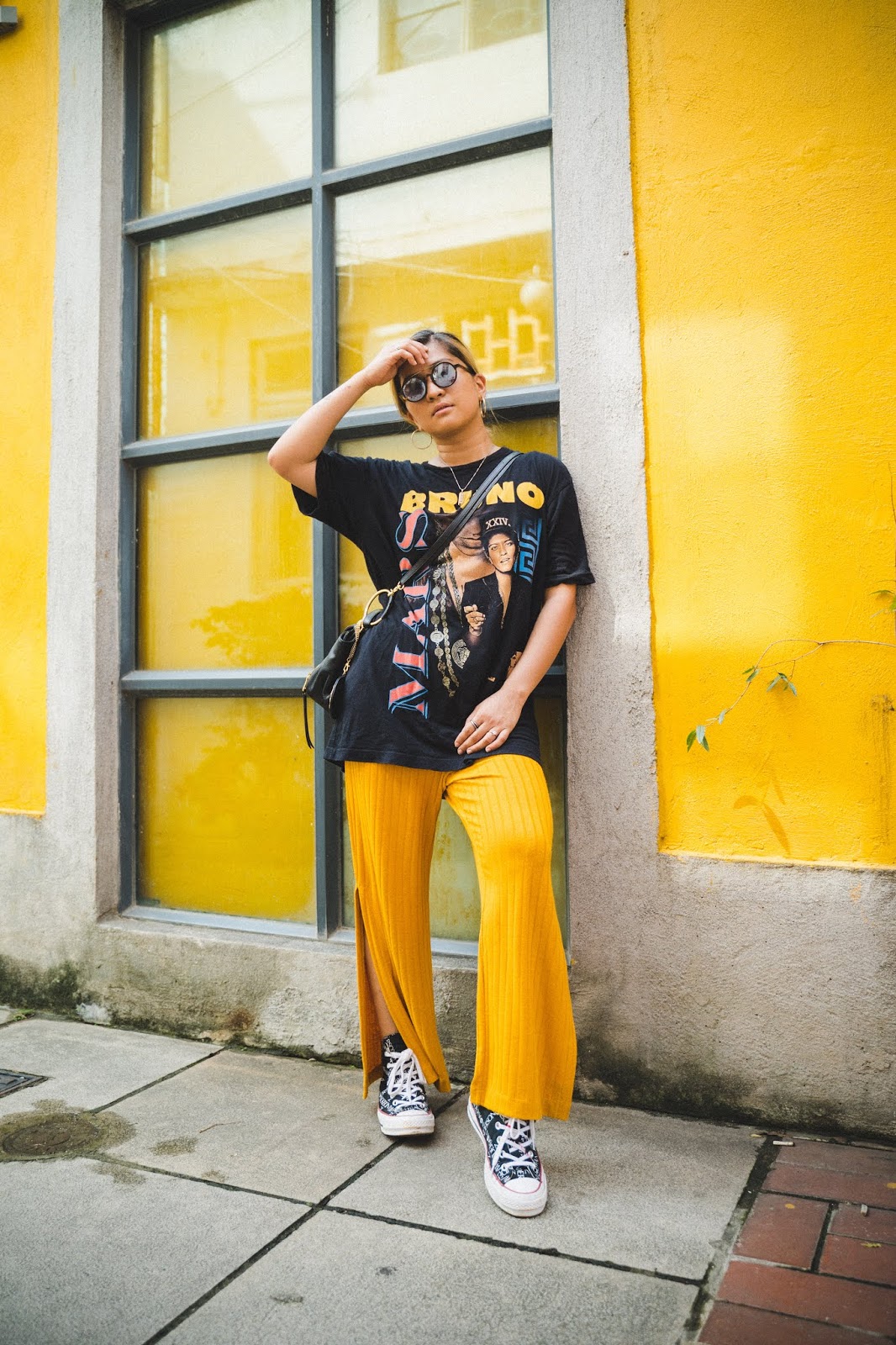 Finally, an outfit post. And a lookbook video to boot, yay!
I've been avoiding shopping lately for the reason that I don't get to wear my clothes and shoot outfits as often as I want to. Event dodged the sales when I was in Macau. But my mom, ever the hoarder, bought a few cute stuff just because they were on sale. Never mind who gets to wear them, me or her. Of course it ended up that I had to get most of them because they won't fit her. Truth be told I love my mom but she doesn't realise sometimes that she's not the same size as she used to be (thank goodness she doesn't read my blog so it's safe to put this out here). So I was in luck when I went back home without planning any outfits, I had new clothes to play around with.

These pants are one of the said items and I got them in pink as well. I wore the pink ones in another outfit which I'll share with ya'll later on but if you do want to see it already, then go on and watch the lookbook video at the end of this post. 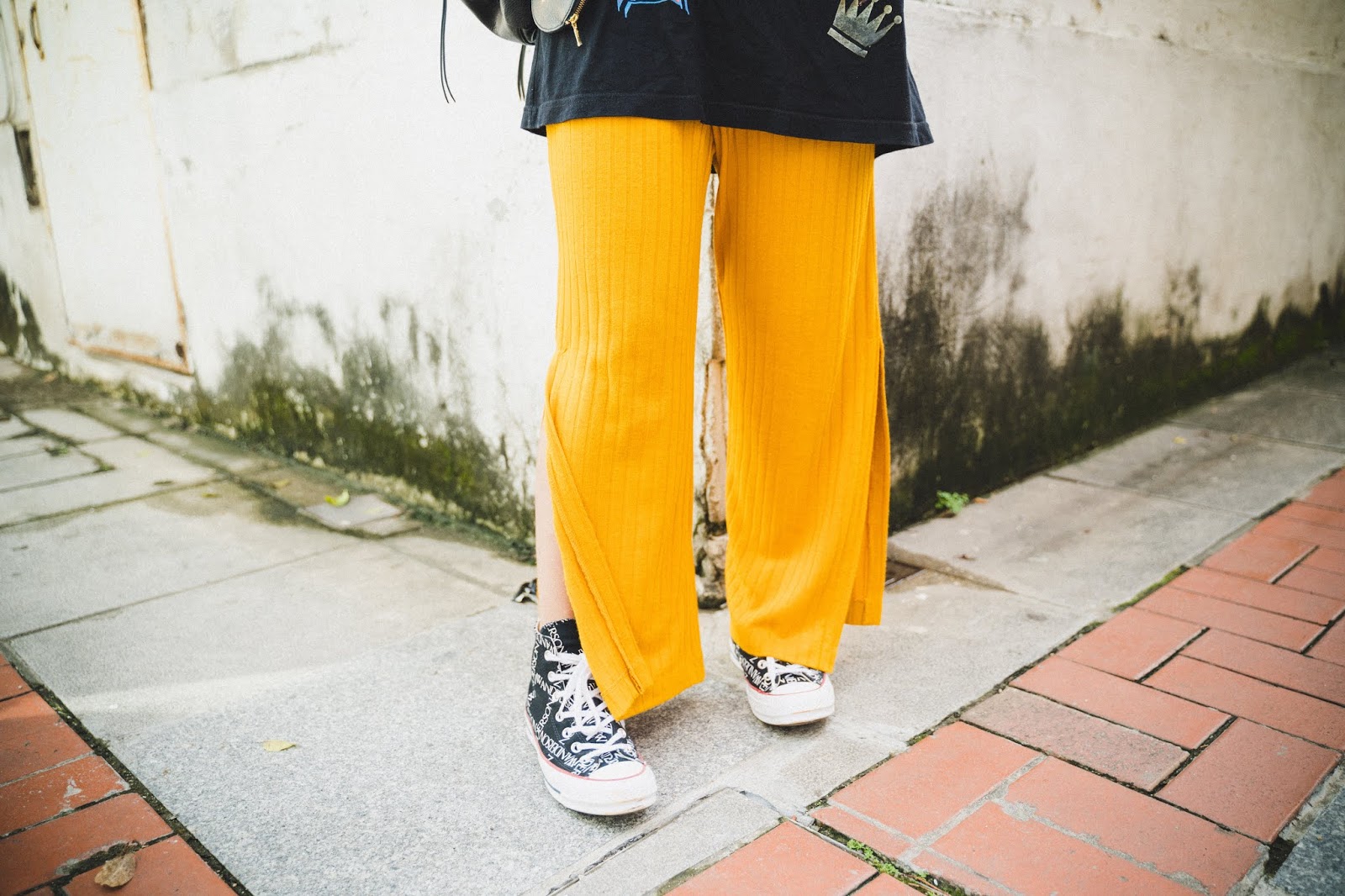 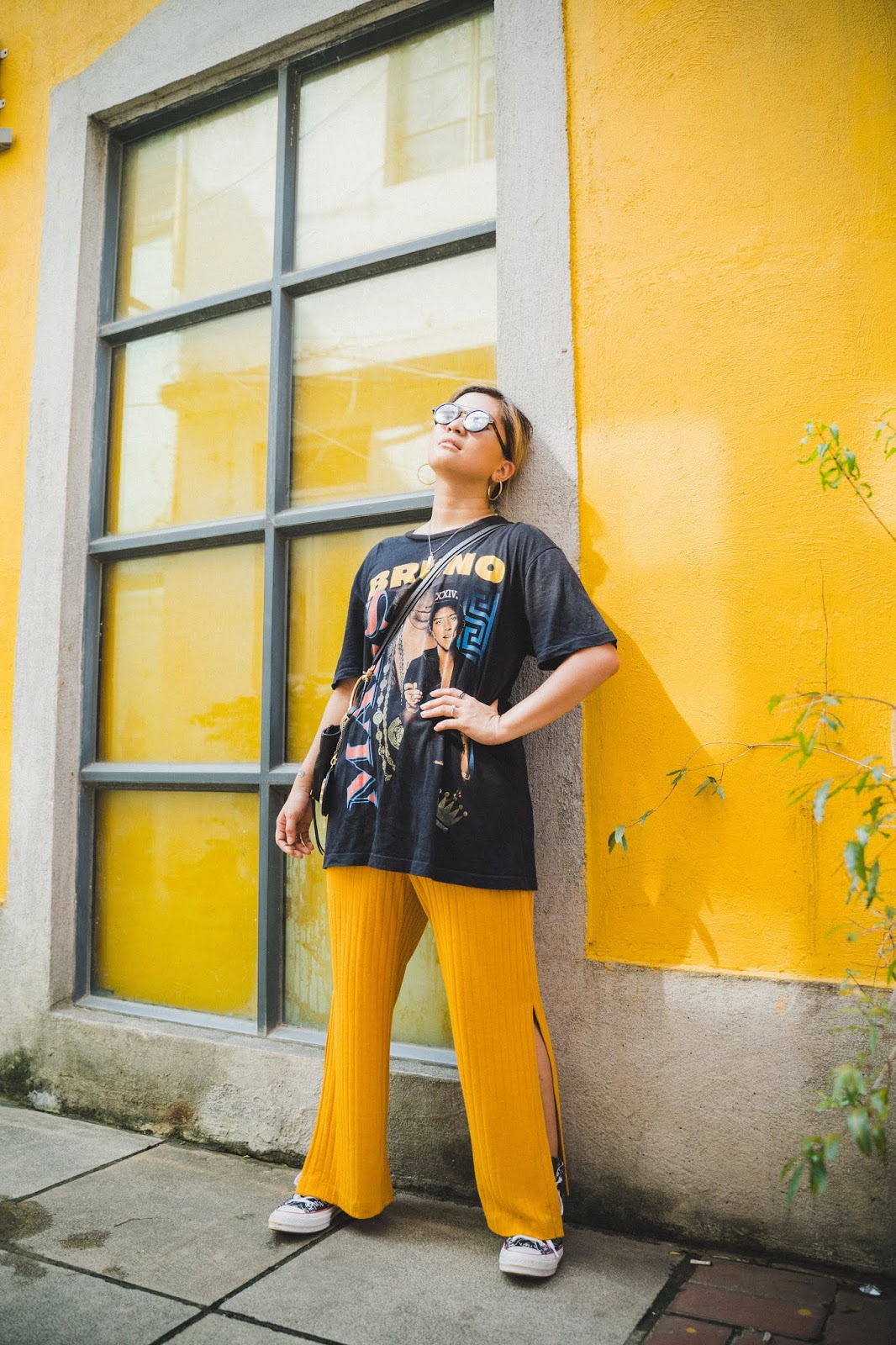 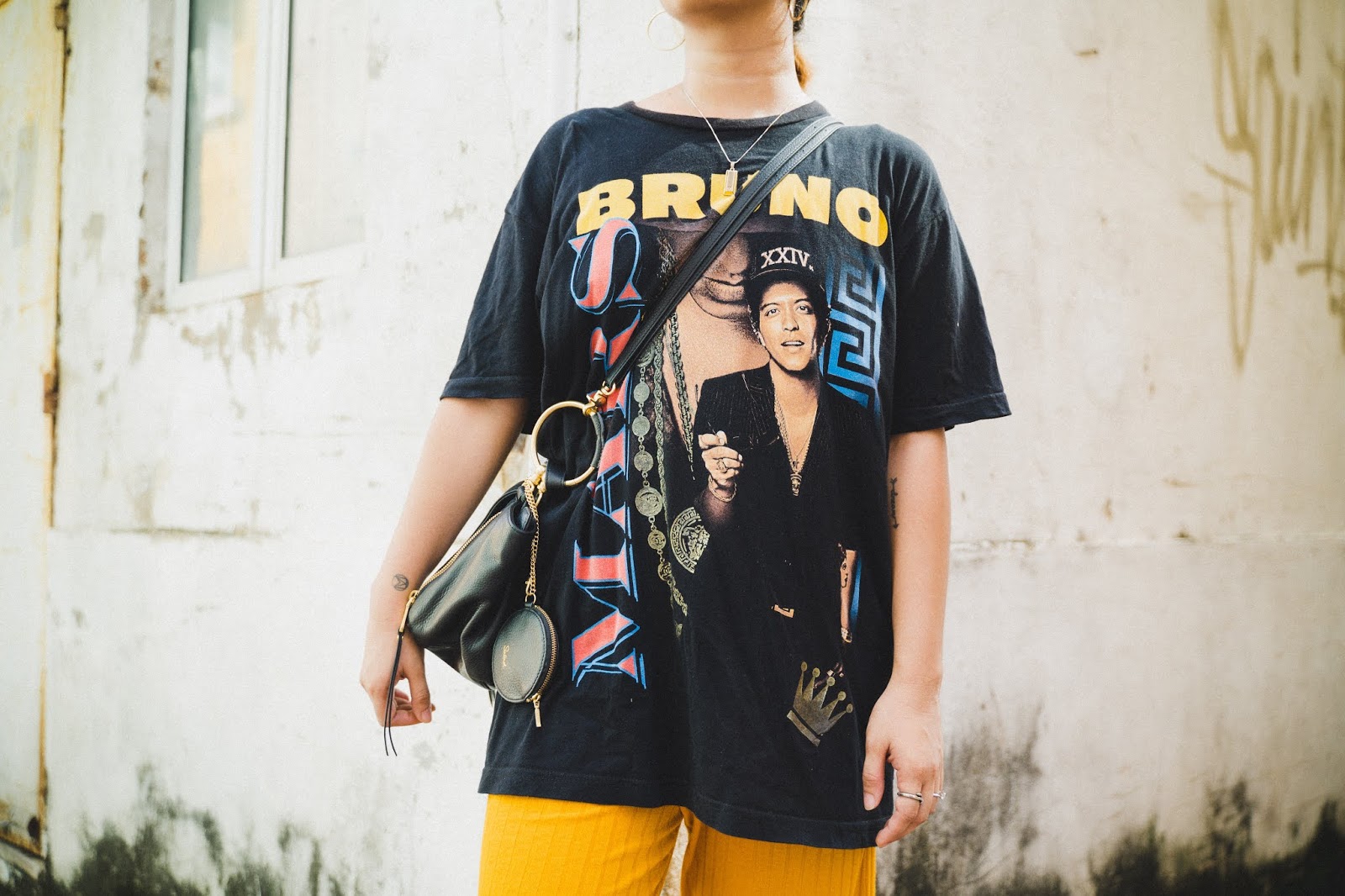 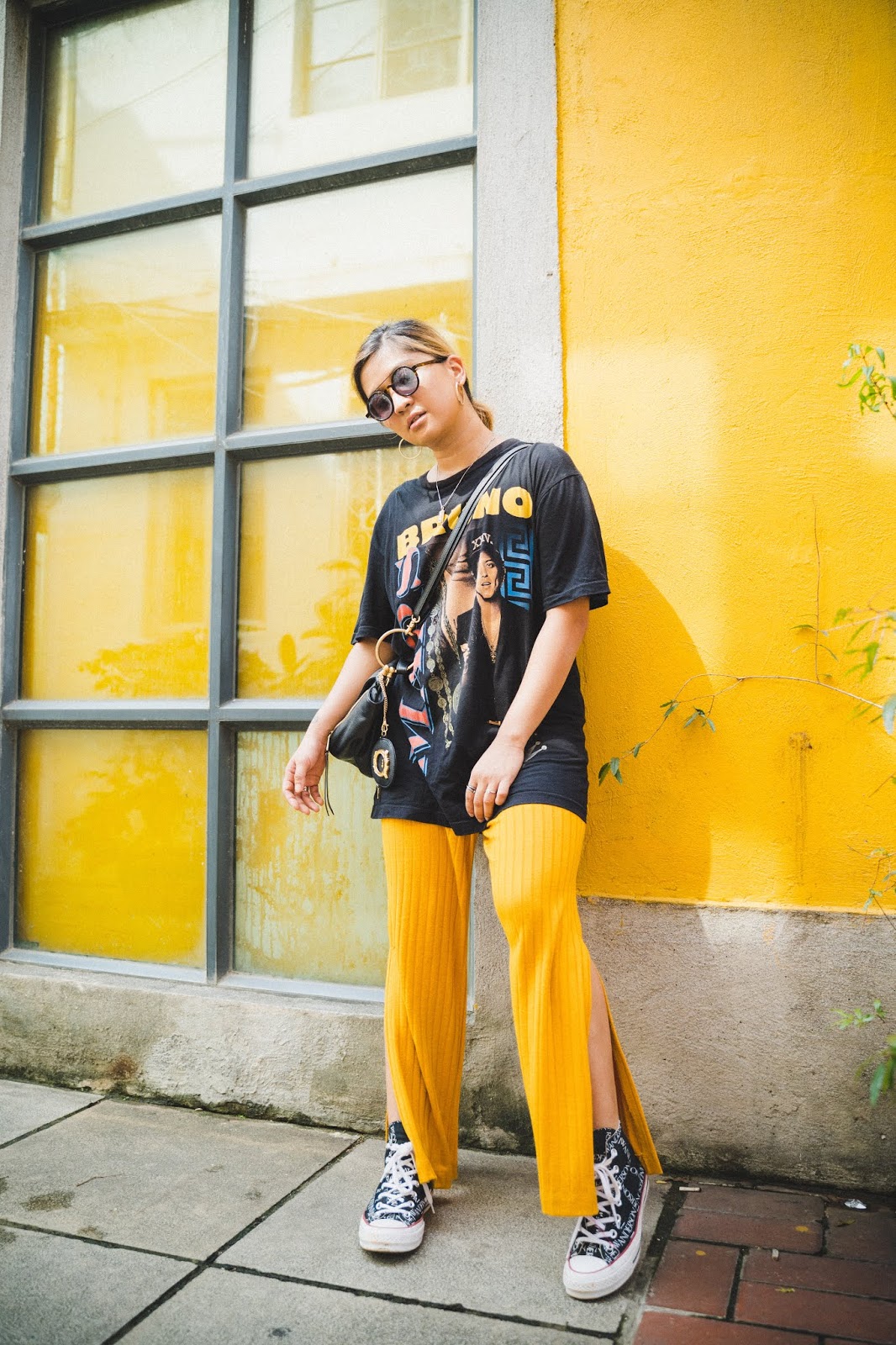 I left behind this Bruno Mars shirt on my previous visit which was cool so then I got to wear it with these pants making for the perfect, laid-back AF but still cool fit. Threw on some trusty chucks, uber cool shades, sling bag, and good to go. 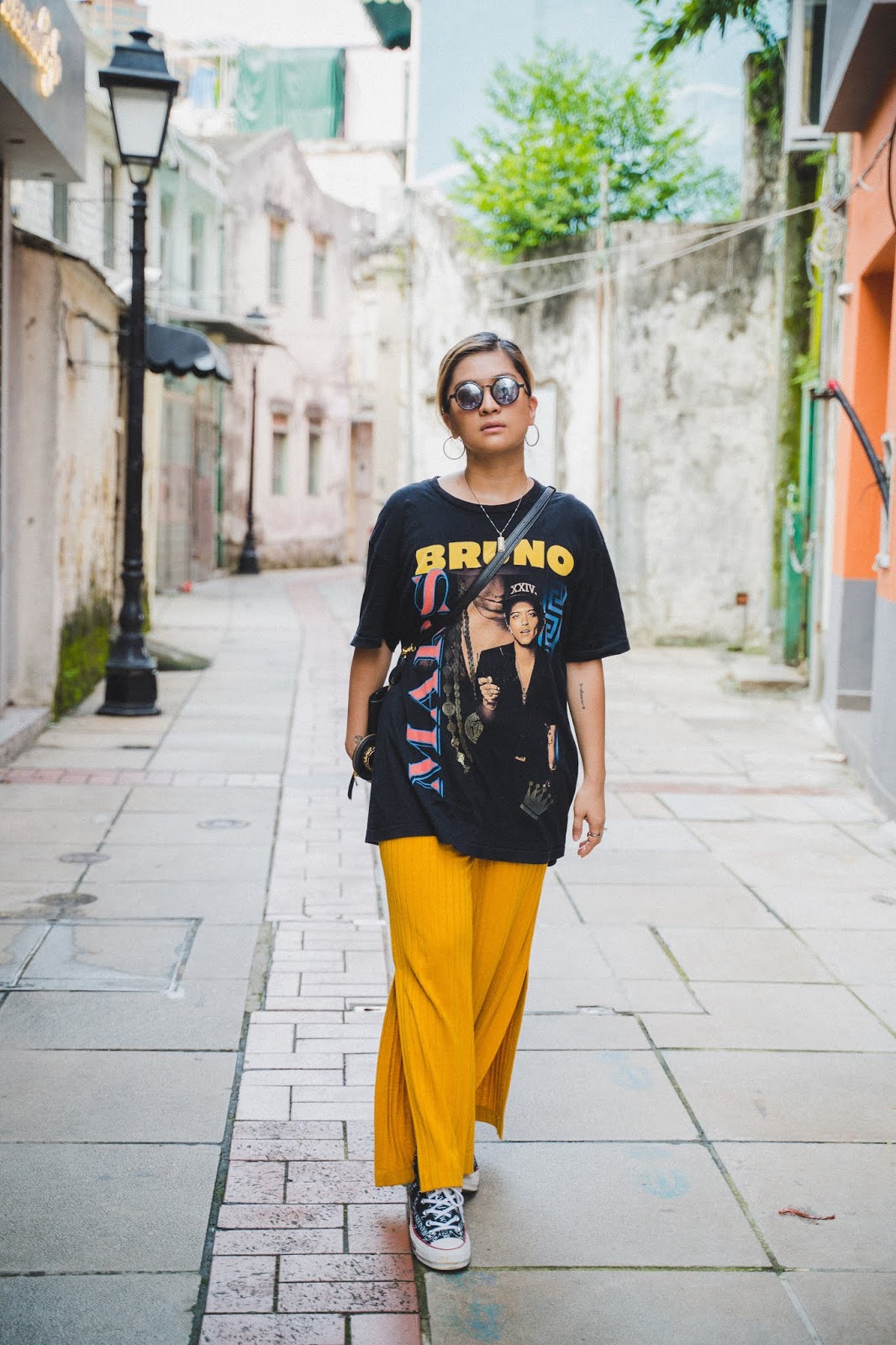 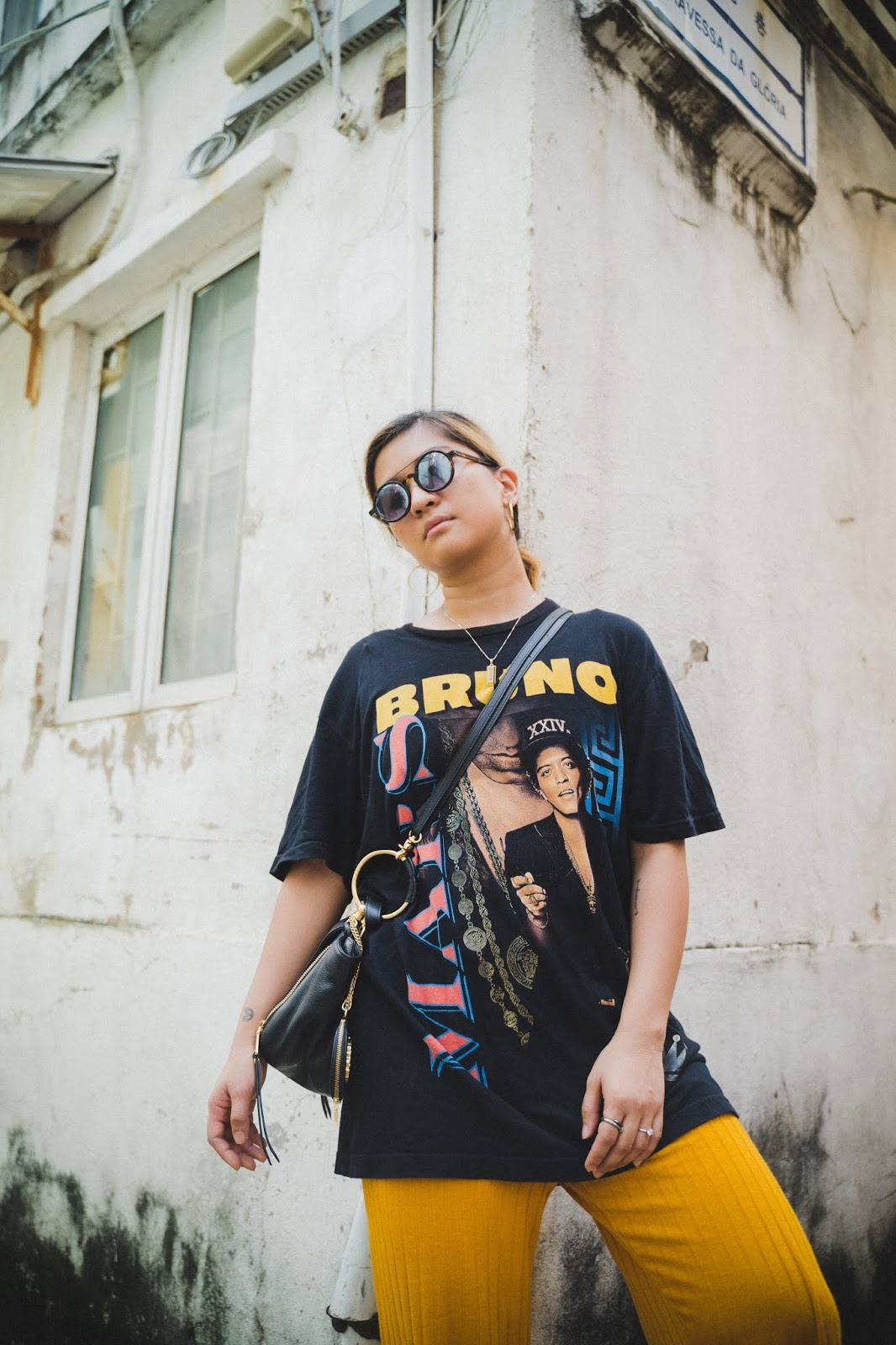 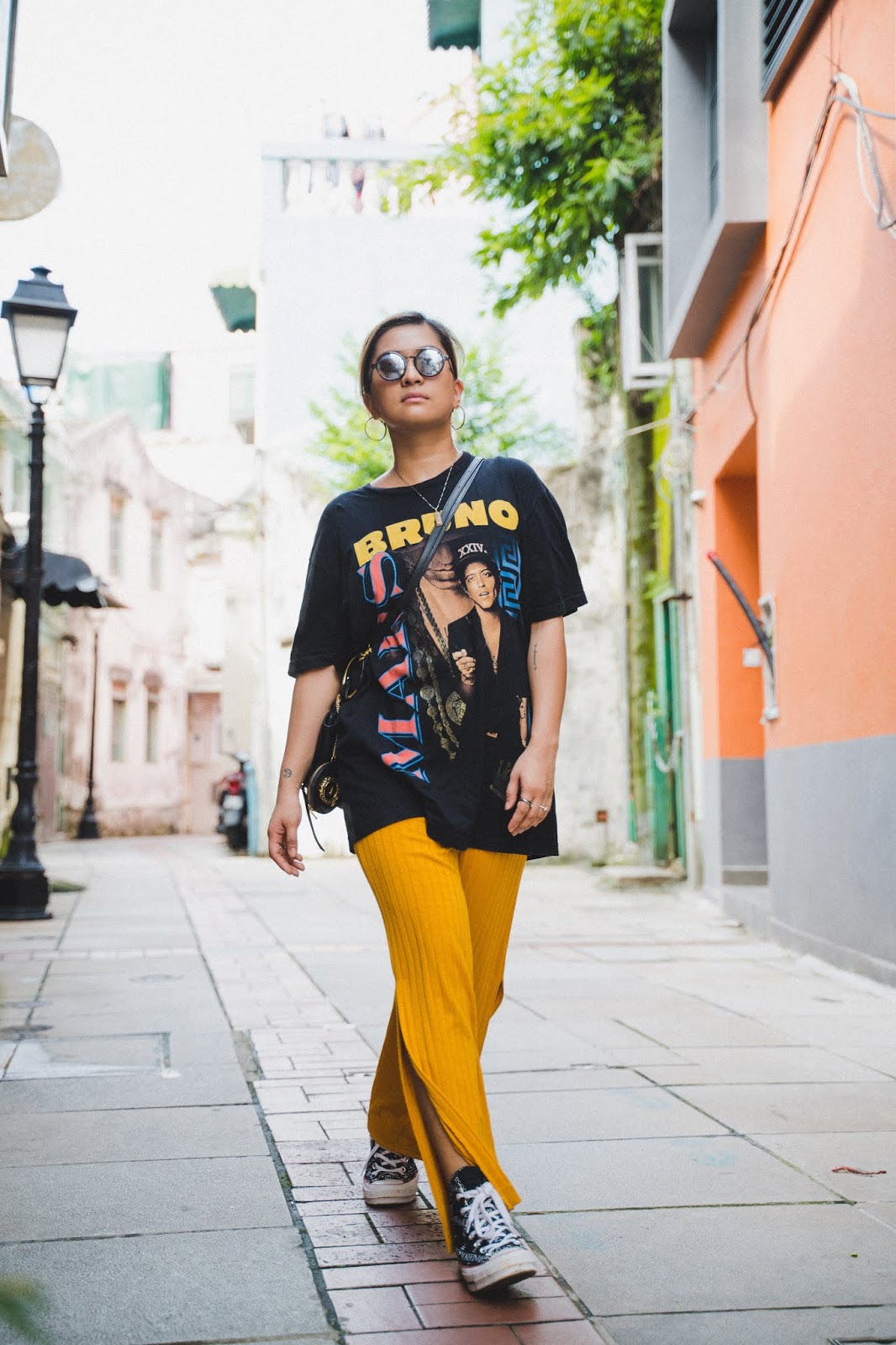 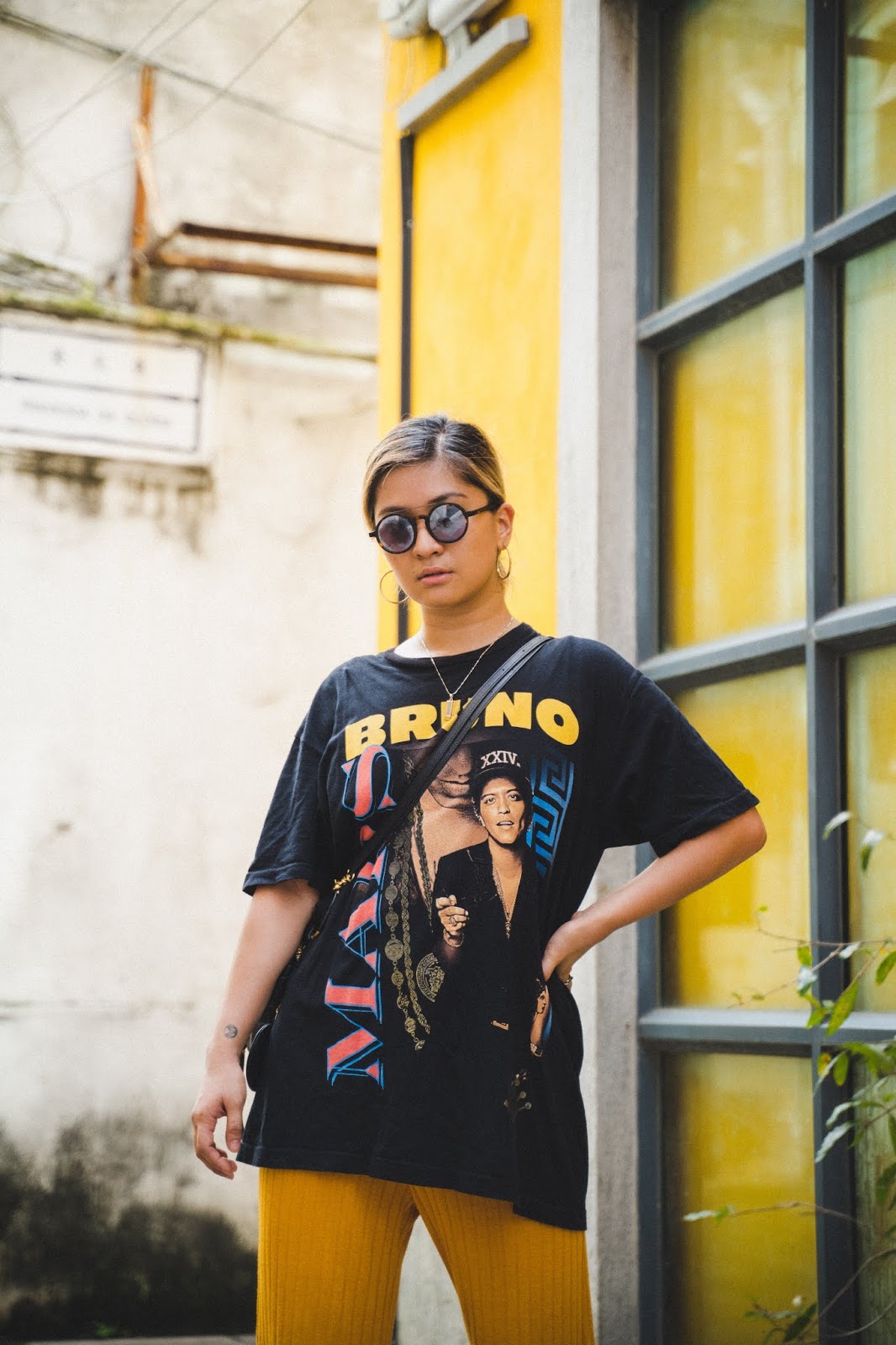 Anyhow, here's the lookbook video, something Pierre and I filmed realy quickly just for fun. It's been a while since we both filmed something for the blog and for the YT channel and I missed that so even if we didn't have much time and the weather was a killer, we still went for it. Hope you like it.

Photos and film by Pierre Elme
Edits by Yours Truly