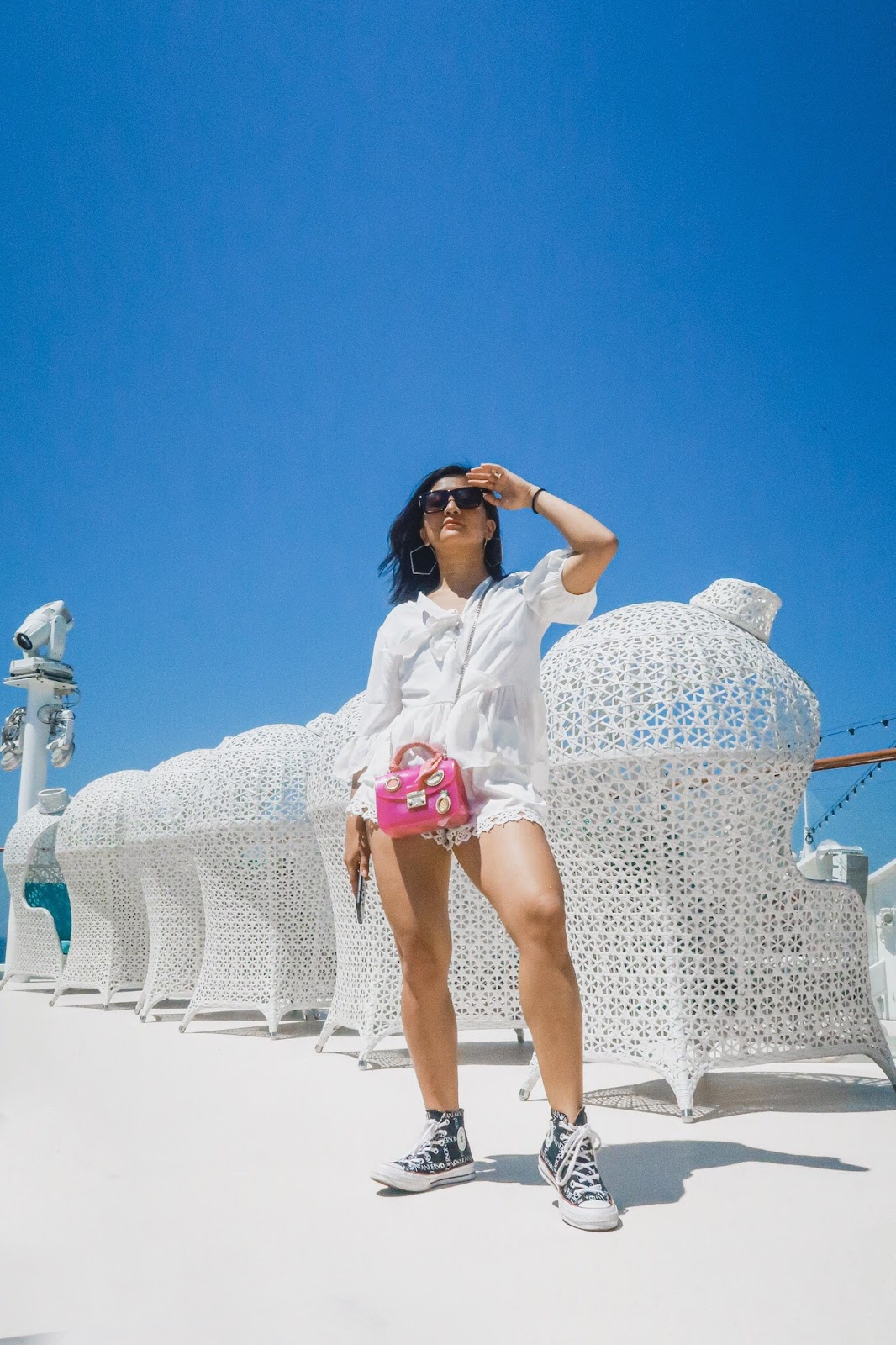 The weekend prior to last, I went to to Hong Kong to get onboard Genting Dream Cruises for work - essentially making for my very first "real" cruise experience. A little backstory, I've been on a cruise before (on business trip as well), but it's not something that I could consider a cruise being that the ship was too small (it had only 1 restaurant and a casino), and it only sails overnight from Hong Kong to International waters and back.

This time around, the ship was much much bigger as we sailed for two nights. There were lots of facilities onboard. There were a handful of restaurants, an arcade, a sports deck, rock-climbing, a club, not to mention the gigantic slides on the main pool deck. Finding out about this, I was low-key excited of course. Aside from the meetings that I had to attend, I was certain there plenty of things I'd be able to do while on board.

So we got on from the port in Hong Kong (I believe it was in Kowloon but I can't bee too sure) late in the afternoon, after which the ship left at around 9pm. First things first, had to check my cabin. Fortunately for me I was the only female among my colleagues so I didn't have to share my cabin with anyone. That being, I was put on one of the upper deck rooms; the ones with bigger interiors and a balcony. Pretty stoked to start the trip on a positive note.

Casino meetings down, I finally had time to explore. Well. Did the cruise meet my expectations? Hmm. Let's just say that not everything is as good as advertised. Most of the facilities were closed if not private; and it was catering mostly to Chinese clients that a lot of the entertainment did not catch my attention. Still, I managed to have a little fun. In fact, I filmed while I was at it so yes, this post is titled with VLOG. You can watch the full video at the end of this post or head over to my youtube channel right here. 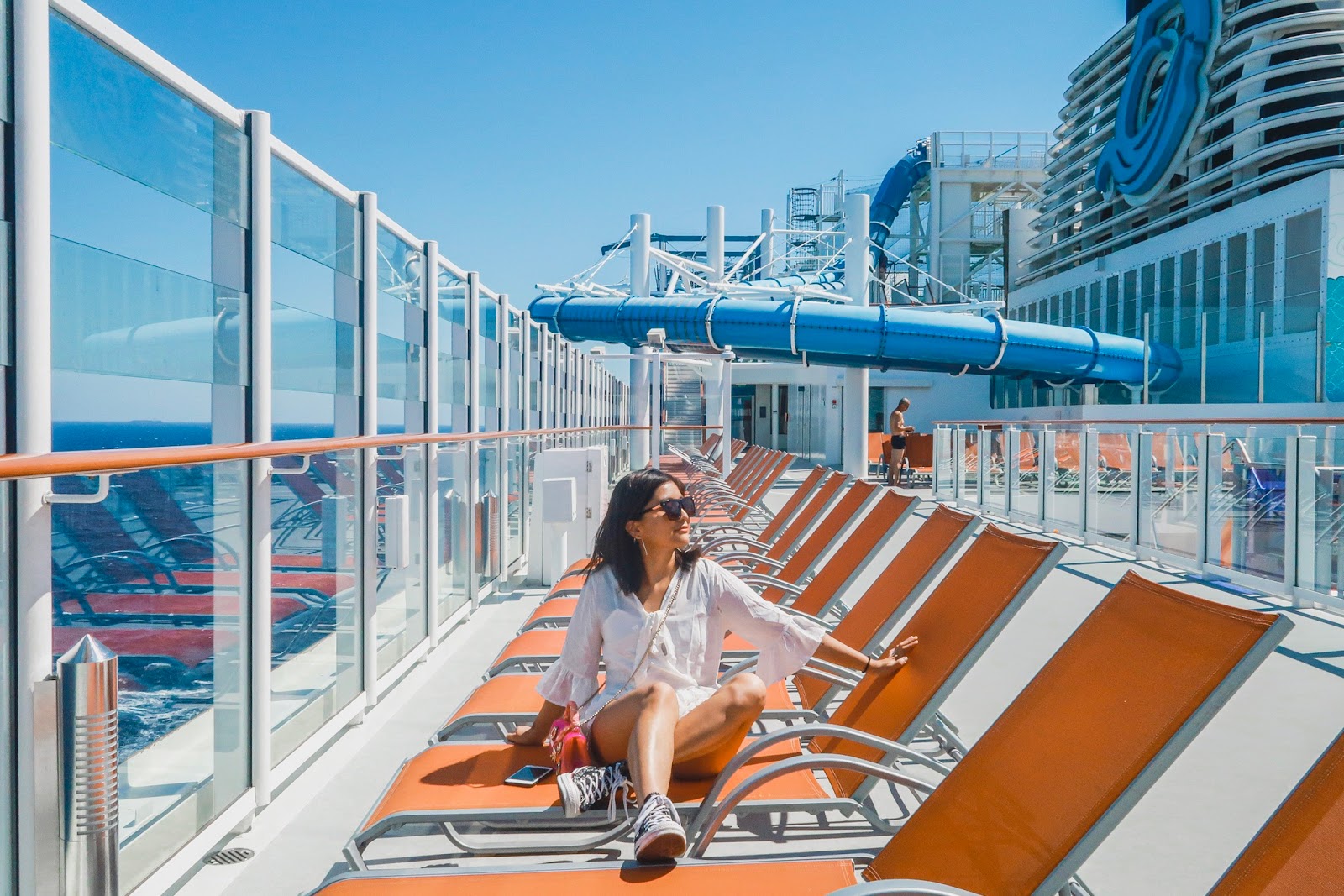 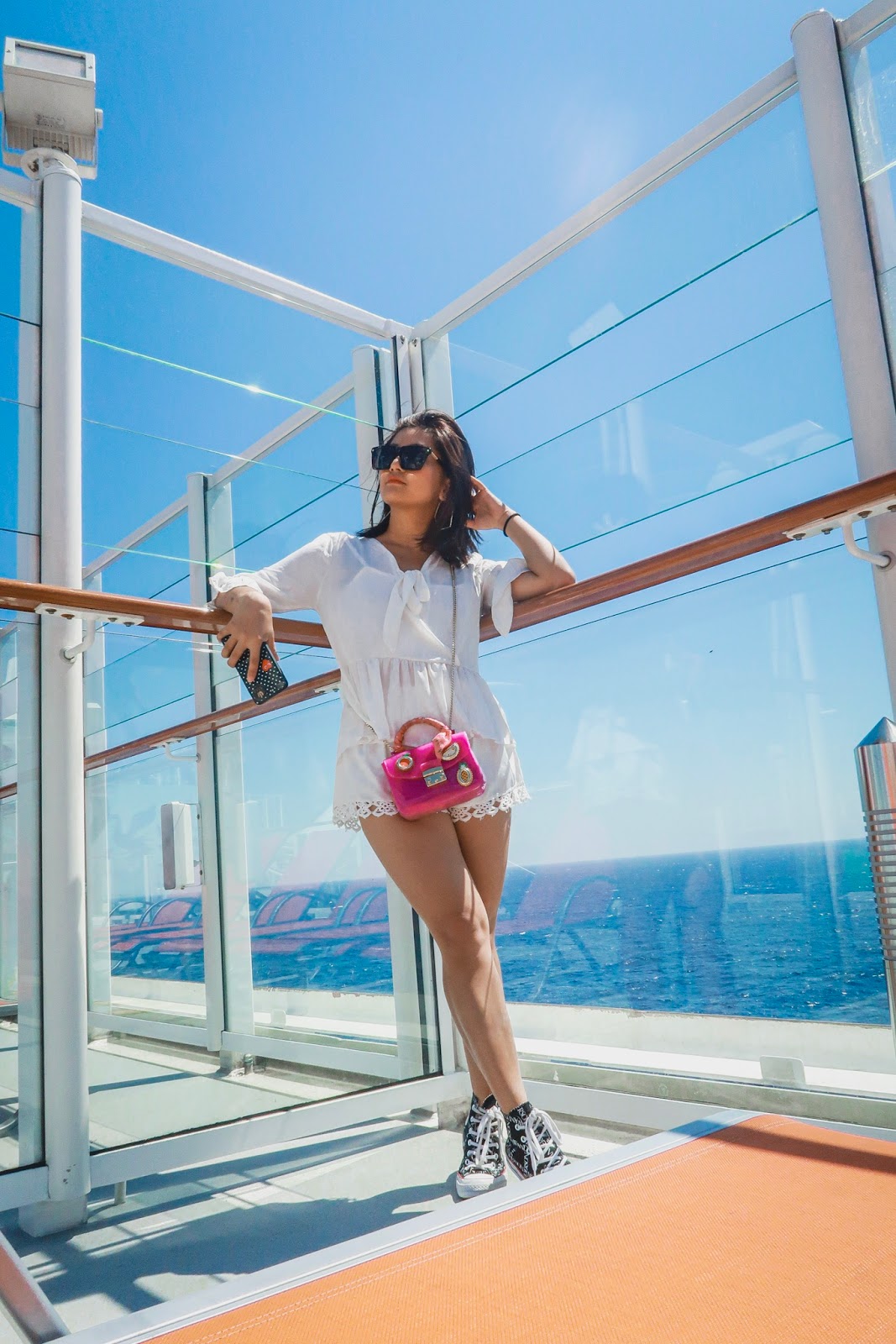 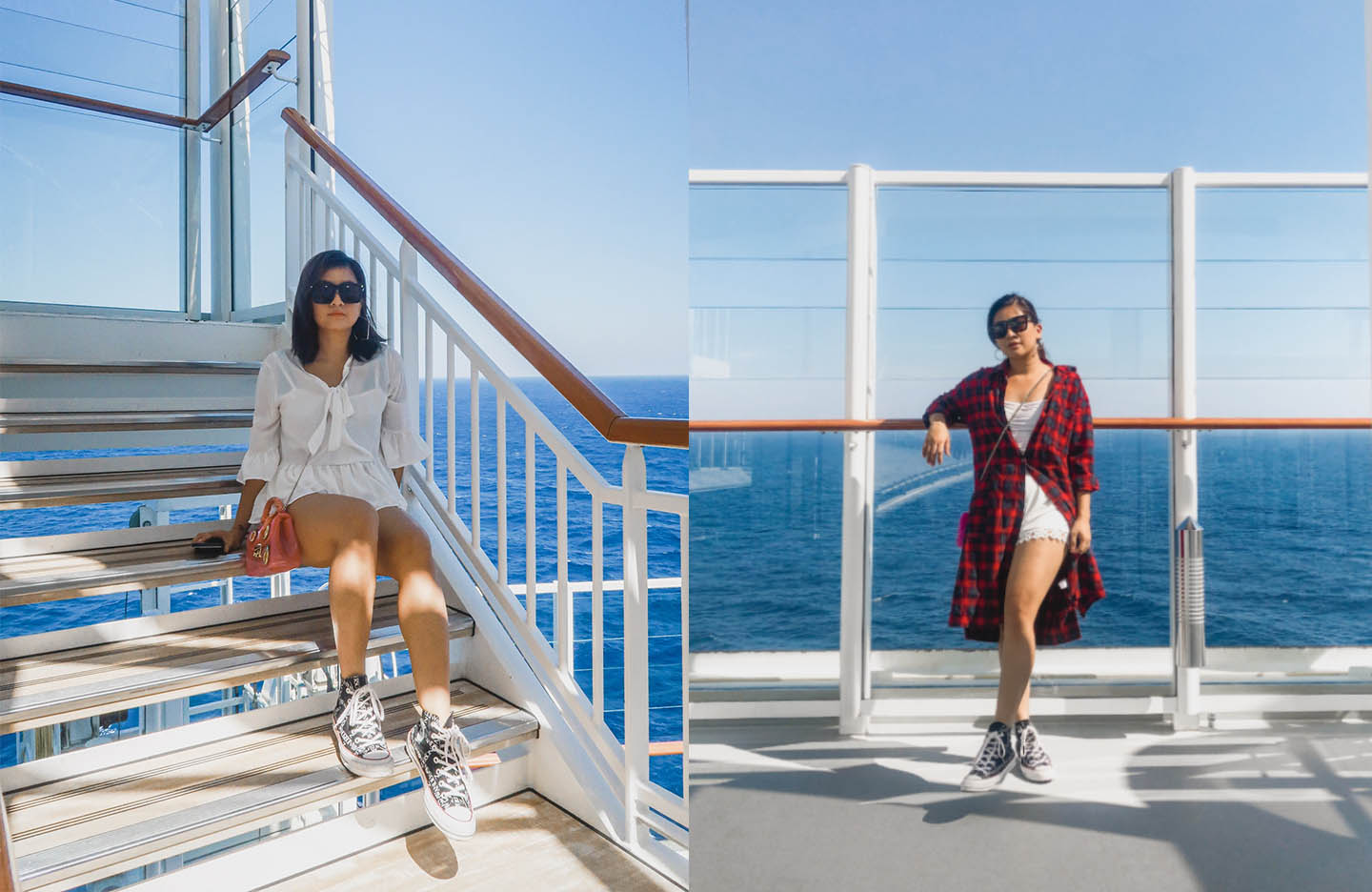 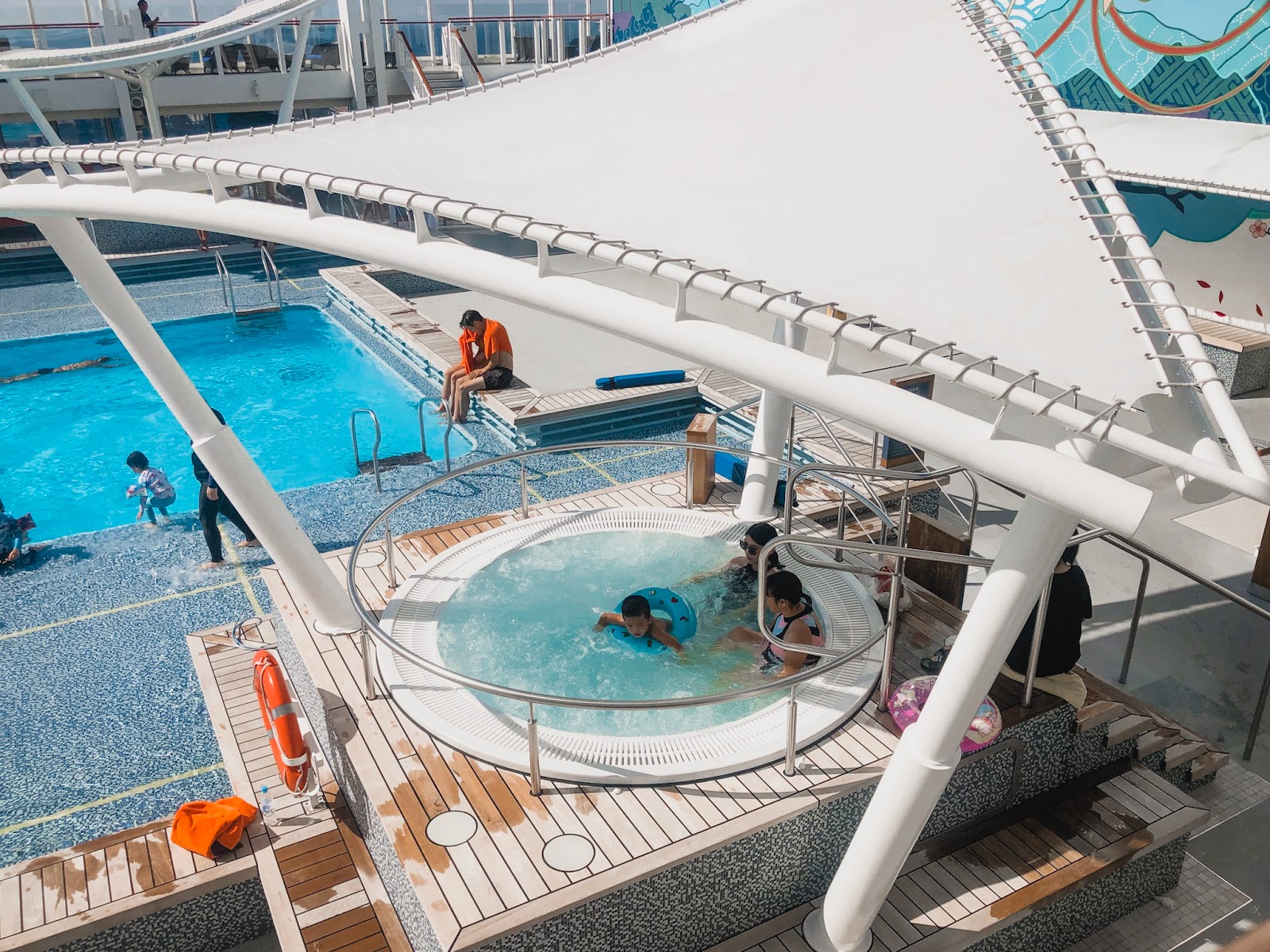 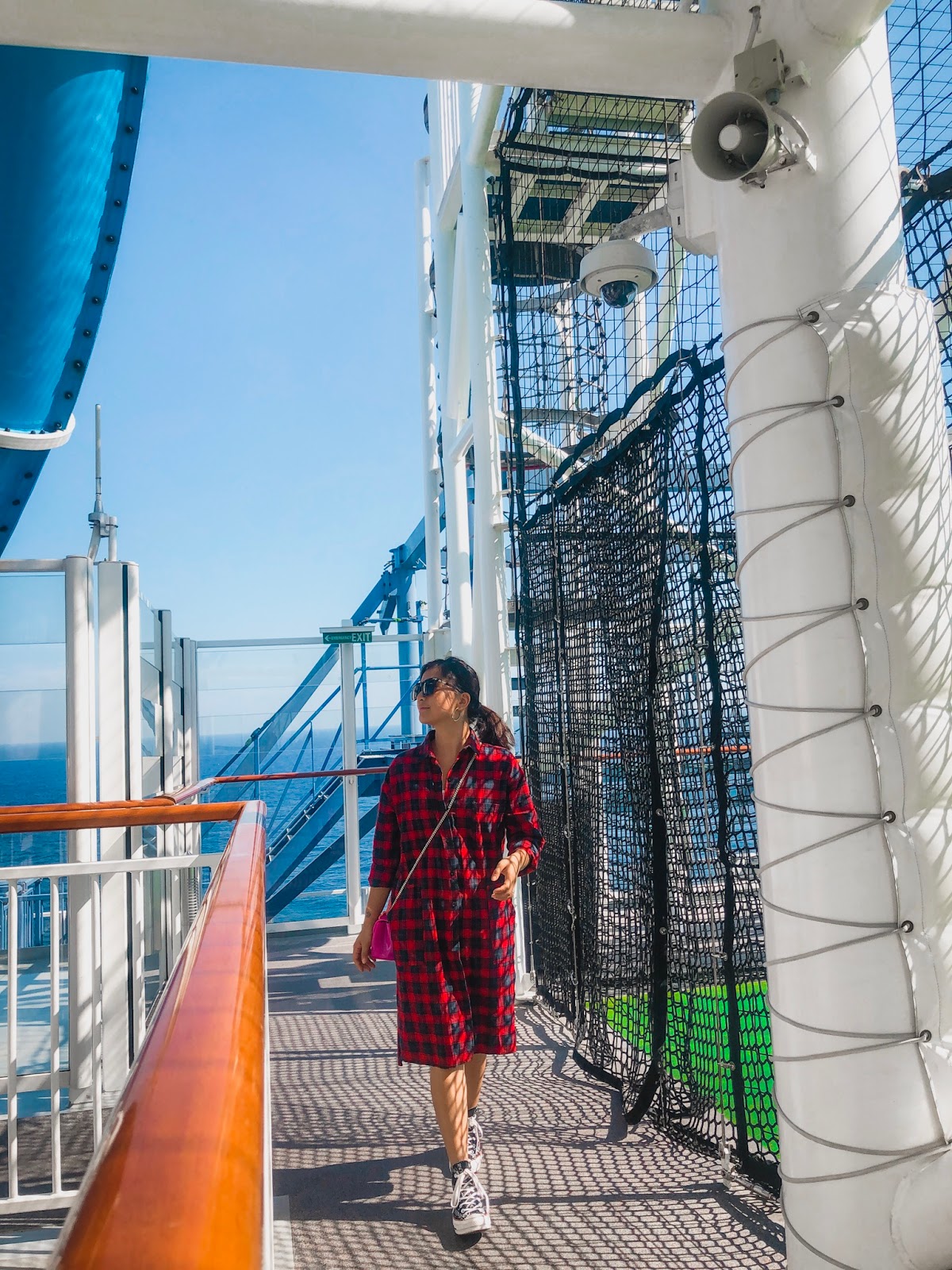 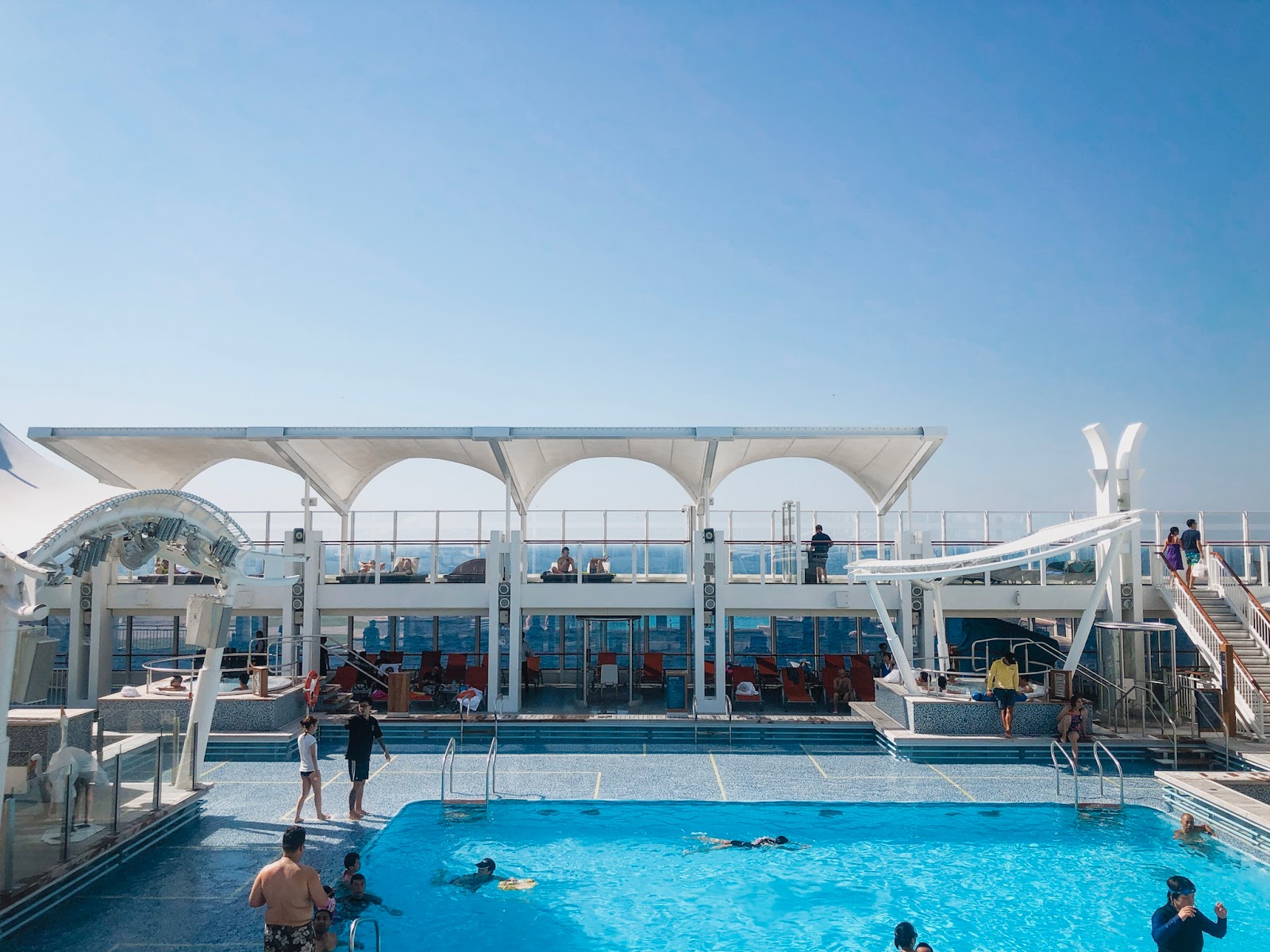 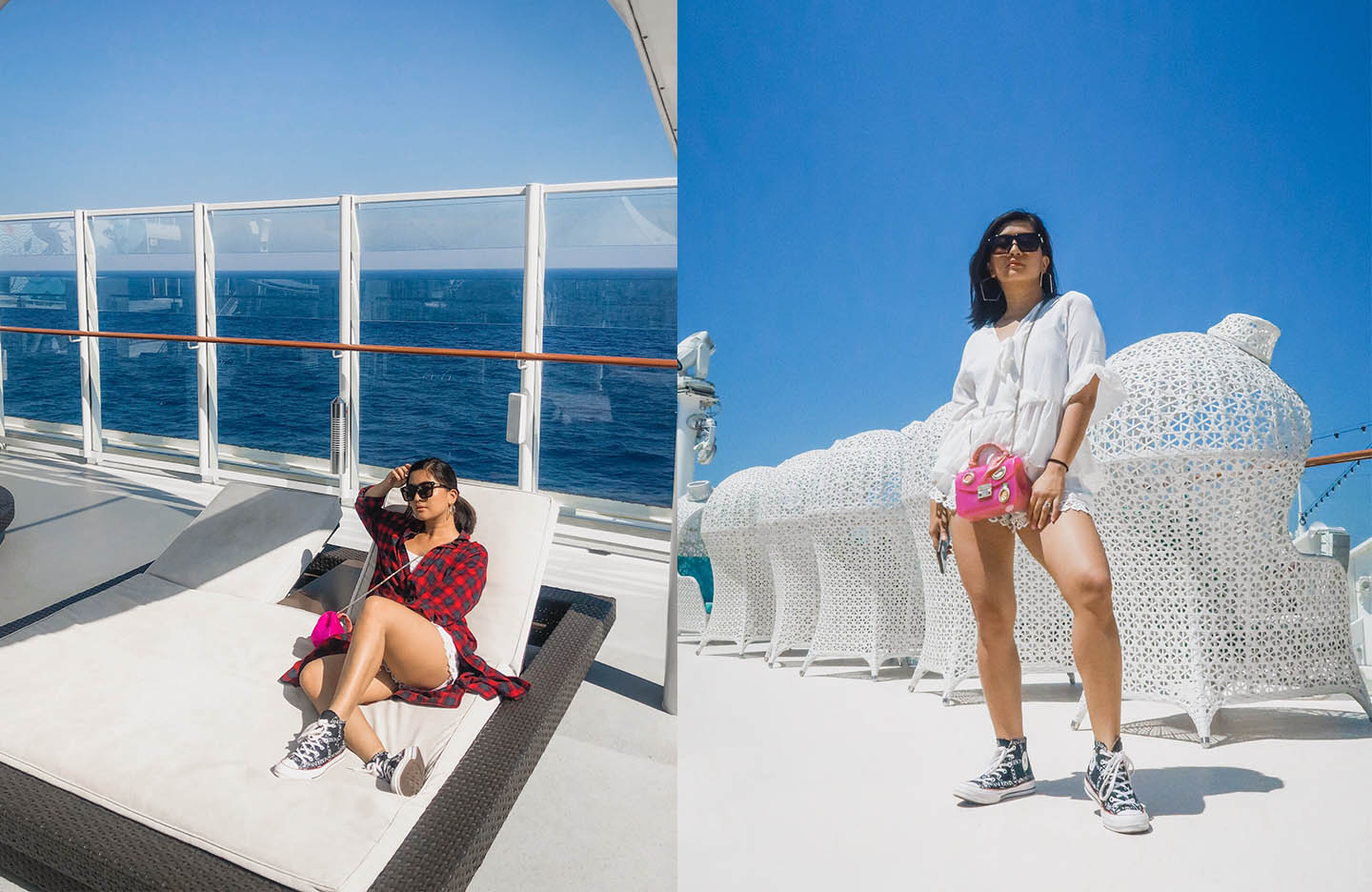 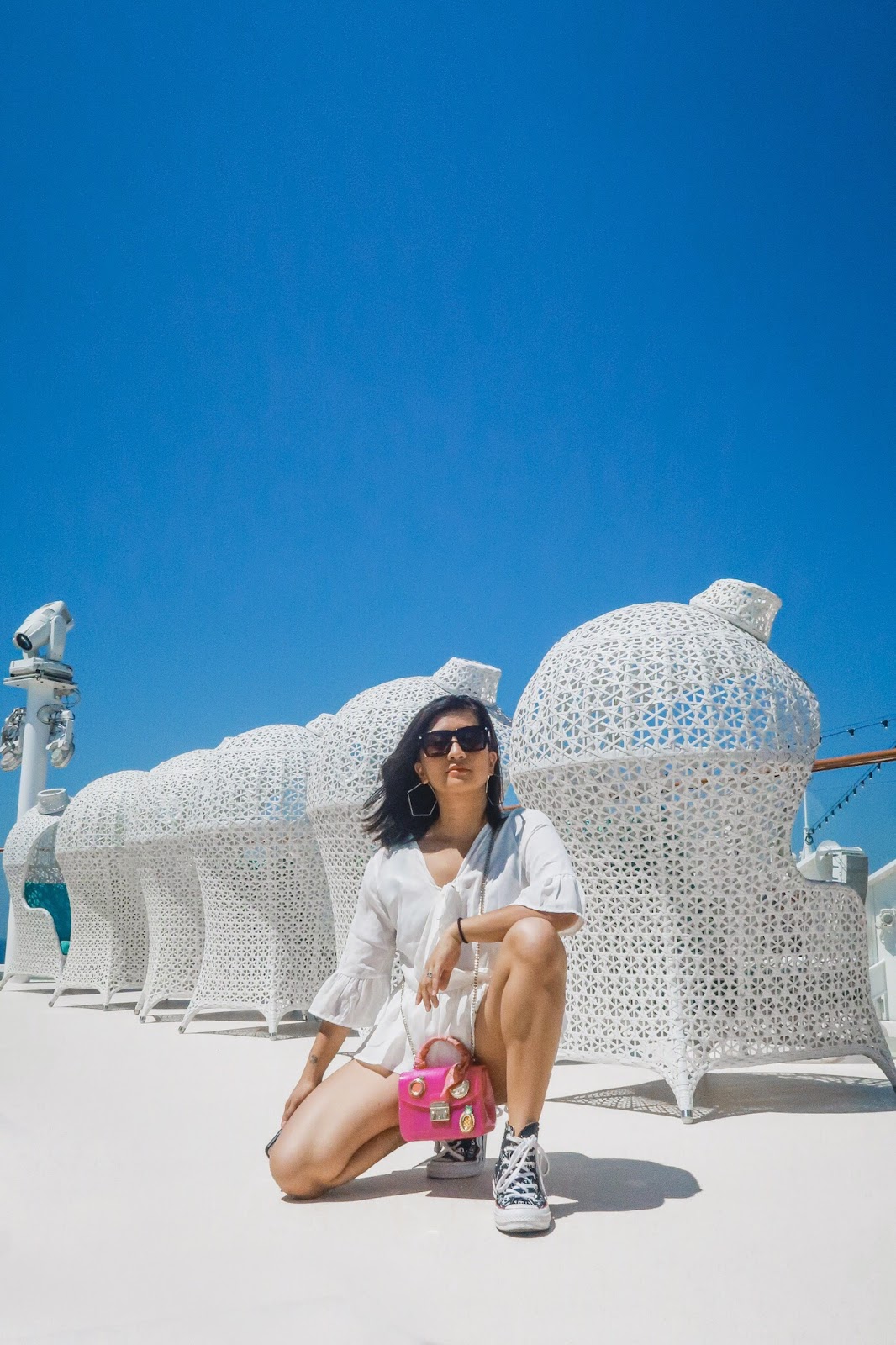 I think the best part about this trip is that I was able to take photos despite it being too hot out. There weren't a lot of people on the cruise so I had some areas all to myself where I was able to fool around in front of my camera. The blue skies made for such a perfect contrast against the mostly-white and orange theme going on around the cruise so I'm satisfied. If you know me well, a good set of photos is enough to make my trip a success. And that it did!

Photo and Video by Yours Truly