i Heart ~ My Style (iLikeMyStyle)

Have you guys heard of I Like My Style Magazine? Well, if you've read my previous Valentines day Post, you probably have as I've mentioned something about it then. If not, well I'm telling you all about it right now! Basically its a user based magazine that publishes quarterly. They have an online community where they select some members to be a part of the magazine. I bet you can guess now that, yes, I was one of the lucky members who got picked to be part of the magazine for this quarter! 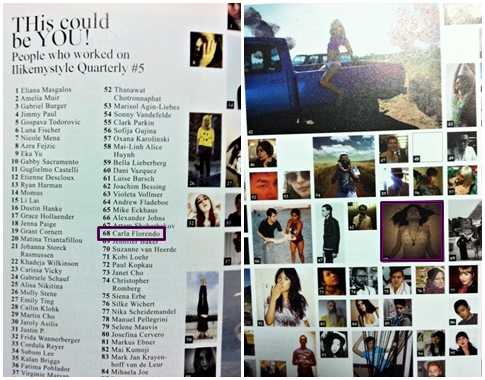 I was so excited when I saw the email from one of the editors asking me if i'd like to work on an article about dating culture. Heck, yeah I'd love to. Well, it's not because I'd like to actually write about dating culture, no. But I have the previous issue of ILMS and I know that for every article they have, there's at least one page that shows a photo of the contributor - that's really what I was after, haha. Anyway, I was paired with a fellow ILMS member, Donny Lim, to work on the article. Here are photos of our pages. 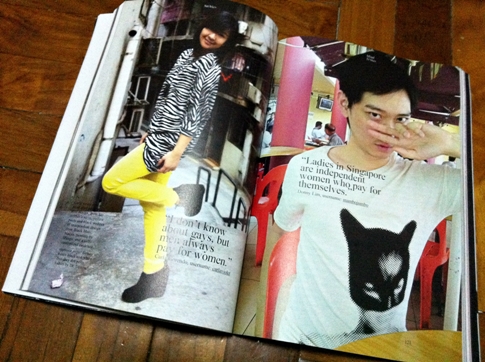 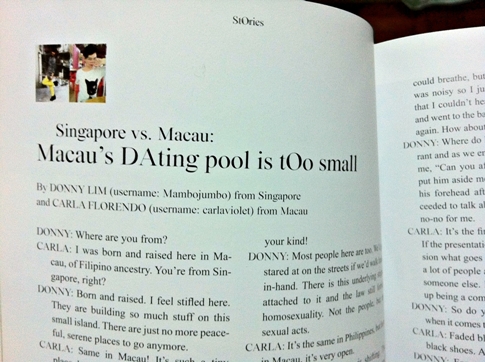 I'm not posting the whole article here, this is just a sneak peak - you guys will have to buy yourselves a copy... Haha. But well, for my part, I was to talk about dating culture in Macau/Philippines (If you may know and  as written in the mag, yes I'm of Filipino ancestry but born and raised in Macau). Working on the article actually made me think of dating culture, for real. I never really thought about it before until then and I thought dating was actually pretty much the same everywhere. I found out after reading the other articles on dating culture that there were a lot of differences. For the most part, I learned about gay dating - Donny's gay. It's pretty interesting knowing other cultures. What's dating like in your culture, darlings?