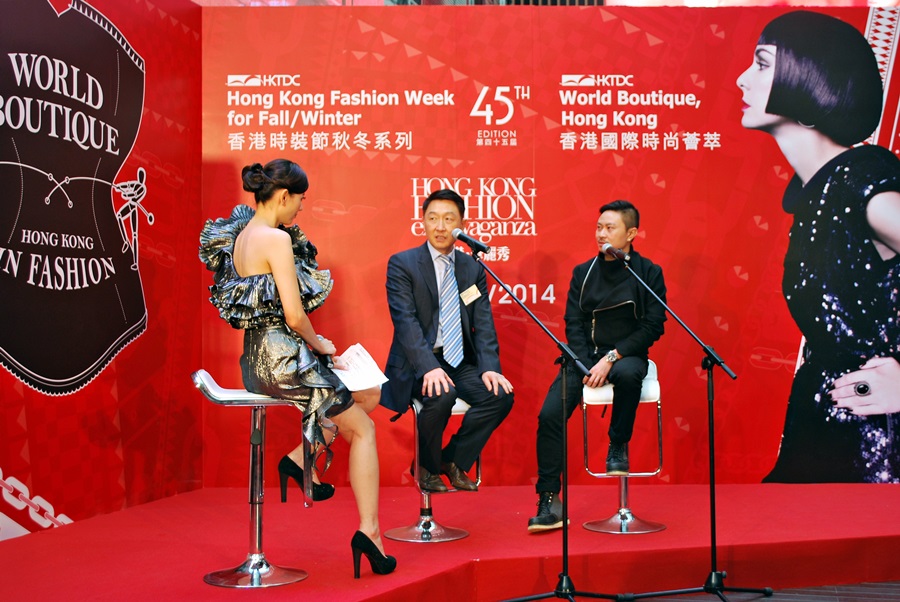 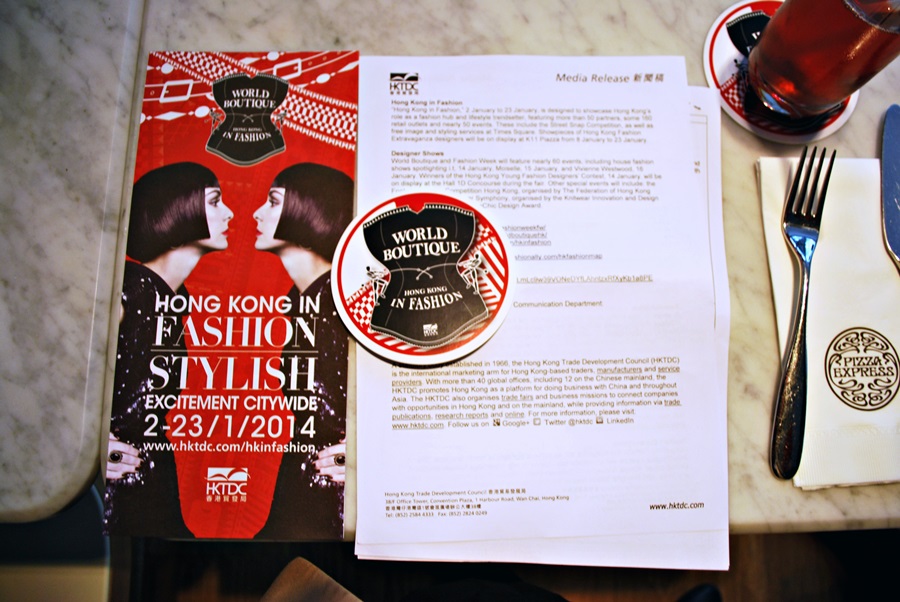 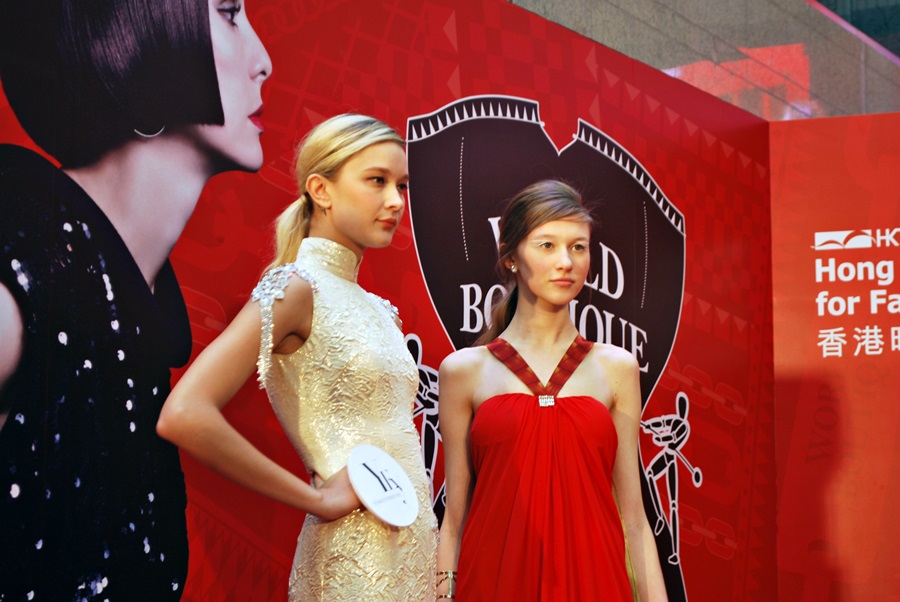 On a rare circumstance, Penguin and I had the chance to attend World Boutique + Hong Kong Fashion Week Fall/Winter 2014 Press Conference and Fashion Preview, which was held today at K-11 Art Mall. The event was divided into two sections which we were fortunate enough to witness both, with the first part being a press conference, reviewing of past events and introducing of upcoming ones related to Fashion Week, led by Benjamin Chau, HKTDC Deputy Executive Director, followed by a scrumptious lunch served at Pizza Express.

The twin fashion events by World Boutique Hong Kong and Hong Kong Convention and Exhibition Center organized a series of citywide fashion activities themed "Hong Kong in Fashion", to promote the upcoming Fall/Winter Fashion Week, such as fashion art displays and installations in various places around the city, and demo sessions and workshops conducted by key figures in Hong Kong's fashion Industry. Some of the past events included artistic fashion installation "The Farm" held at Fashion Farm Foundation, "Stage of Glamour" display at Times Square Covered Piazza, and Streetsnap Competition.

A few of the upcoming events will also include: 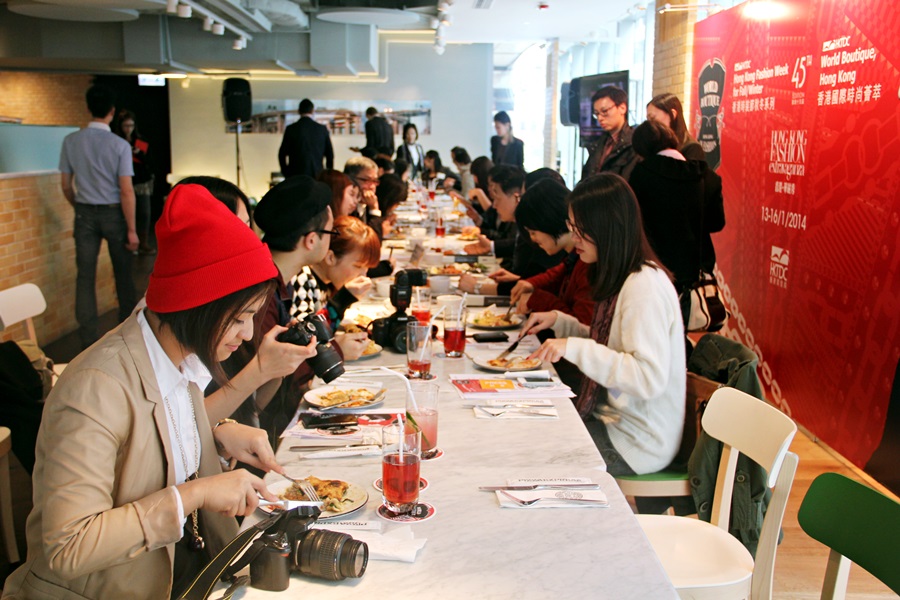 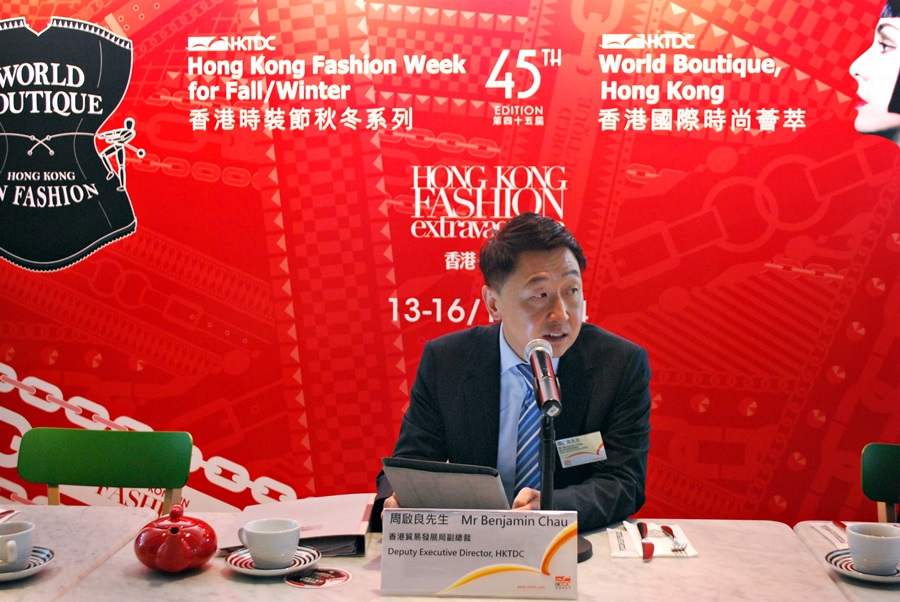 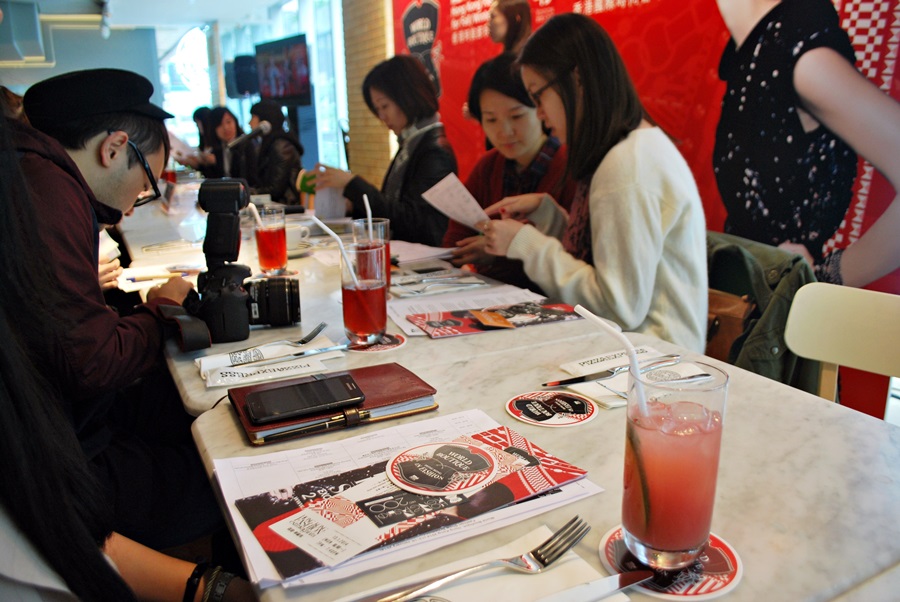 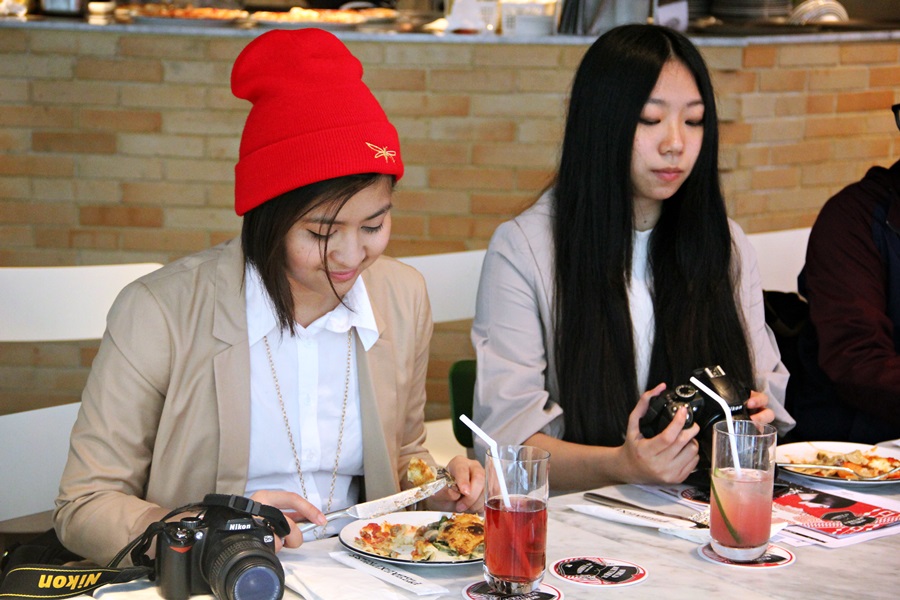 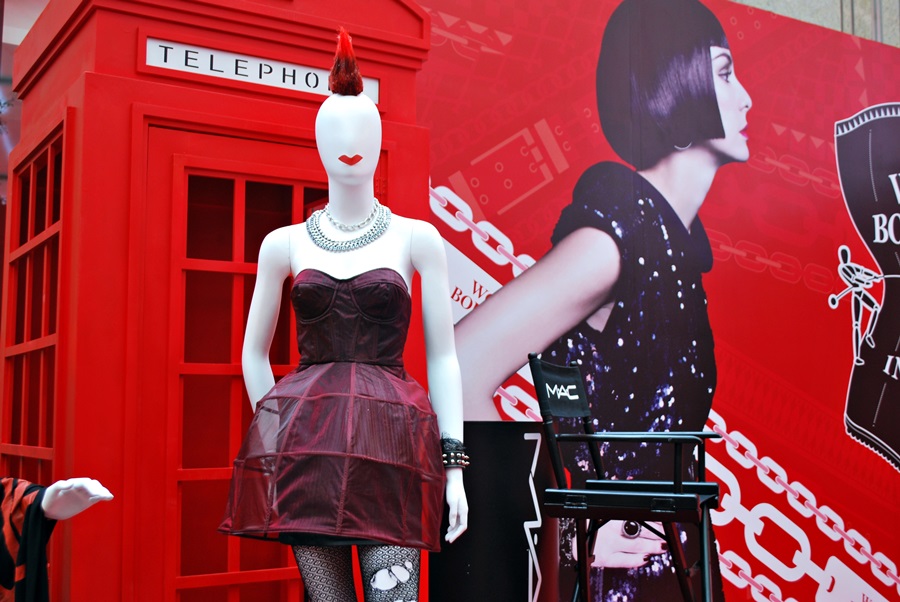 The conference com lunch was followed by a short interview hosted by Maria Chen, with Benjamin Chau and Henry Lau, fashion designer for brand "Spy" and well known for dressing Hong Kong celebrities; a make-up demonstration by Ryuko Lau, senior artist of MAC, Hong Kong; and a preview show of the collections by selected designers and brands, whose works will parade down the runways of HKTDC during fashion week. 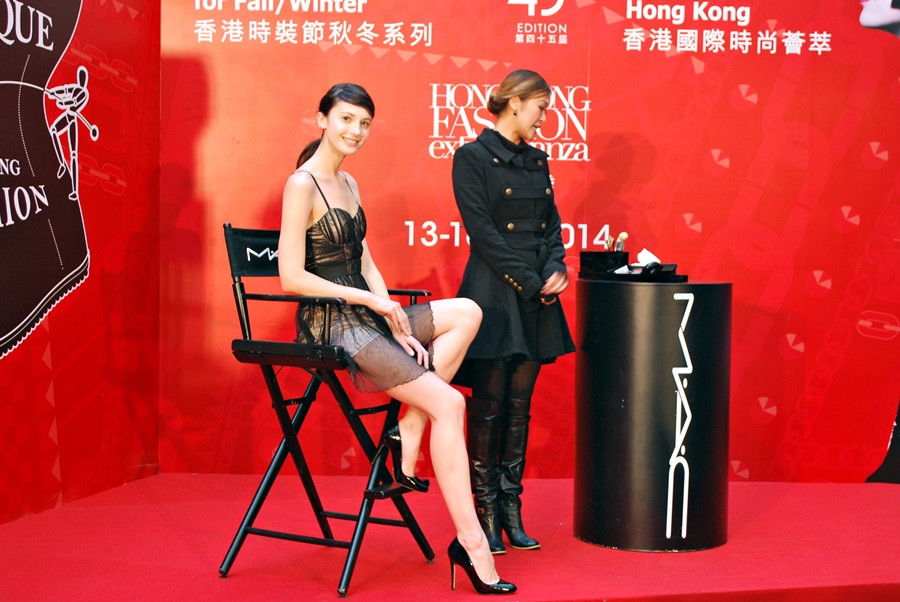 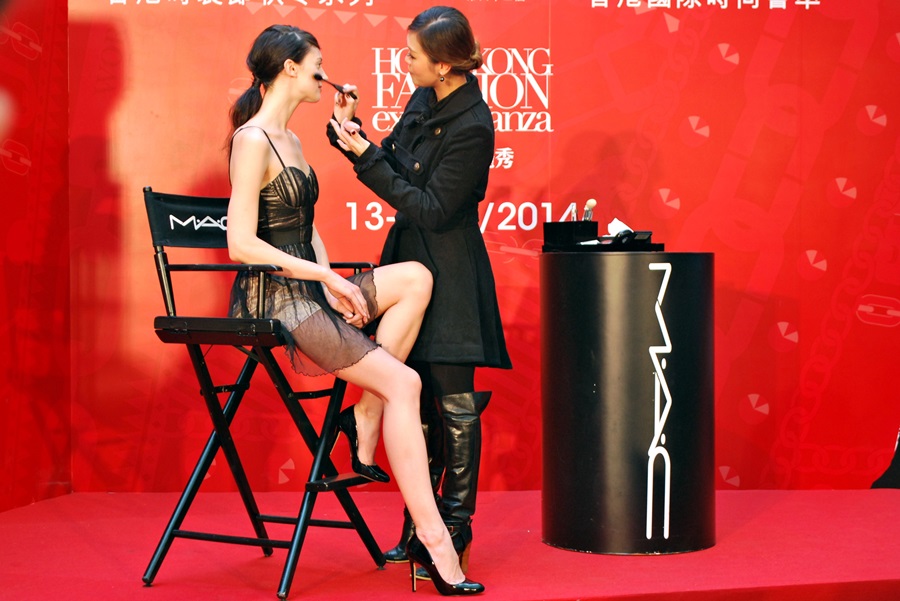 Penguin and I took the pleasure of snapping about countless images to show you guys what went on during this event (see his at www.pvnguin.com). Below are some of the said designers' works and brands that were in preview... 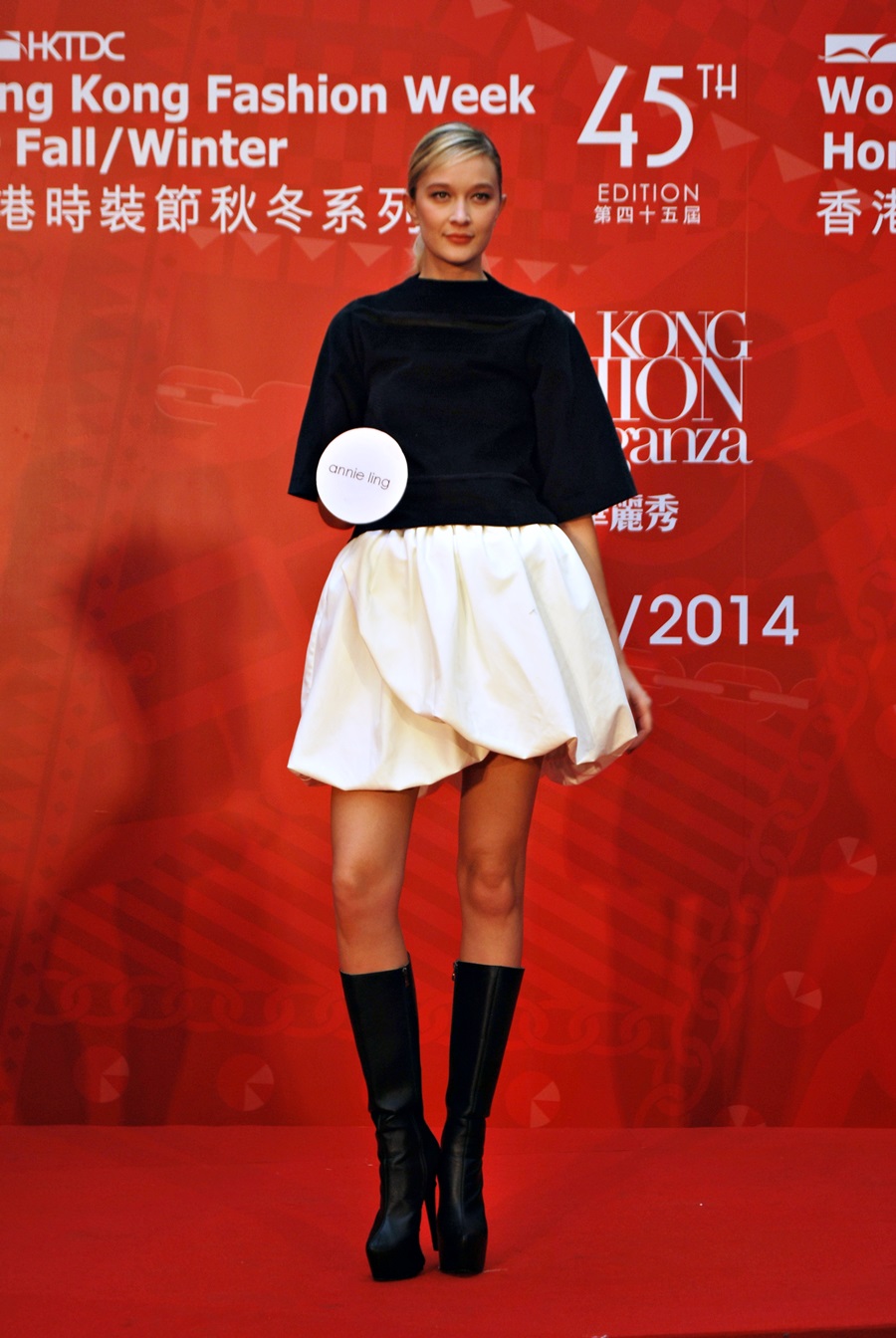 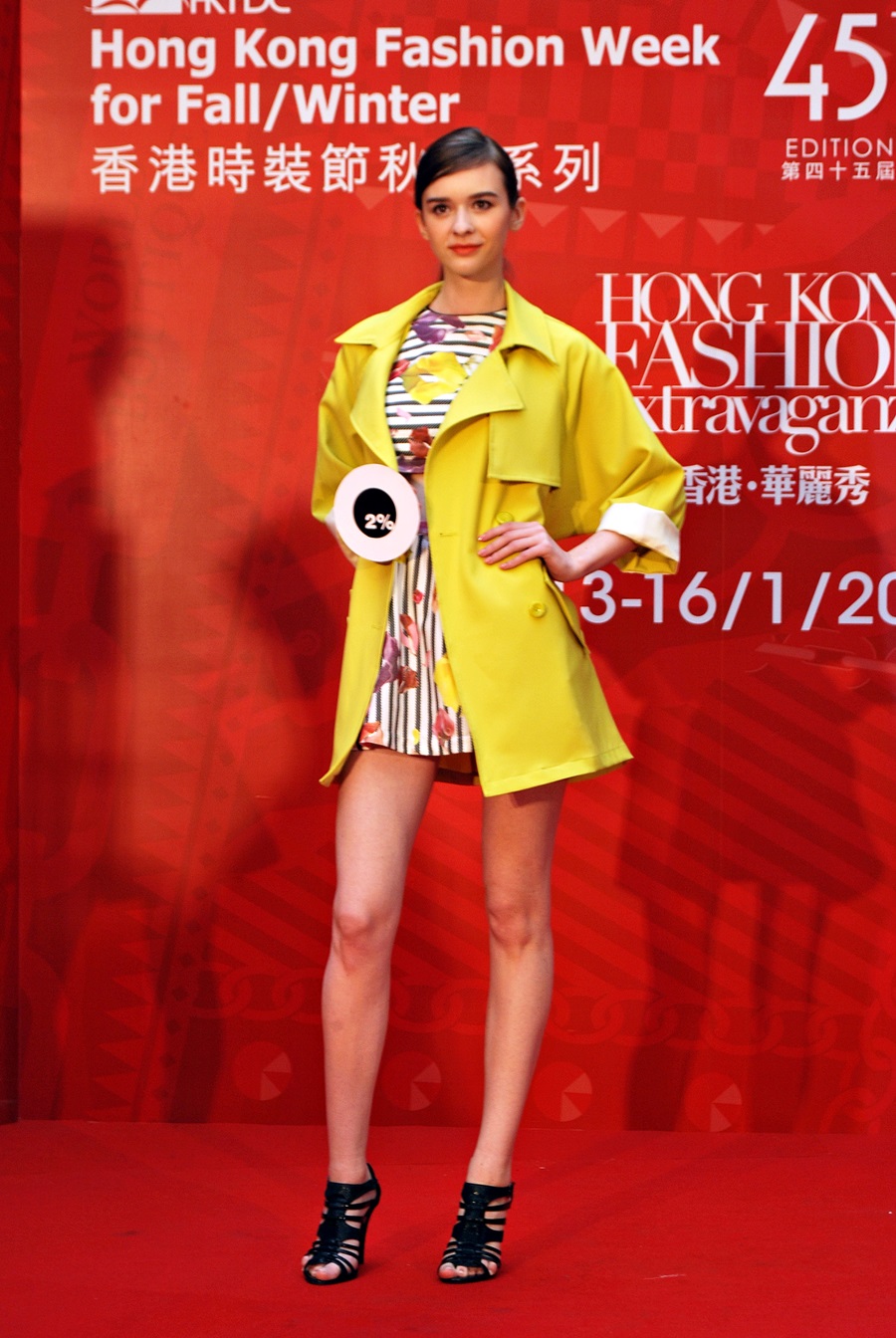 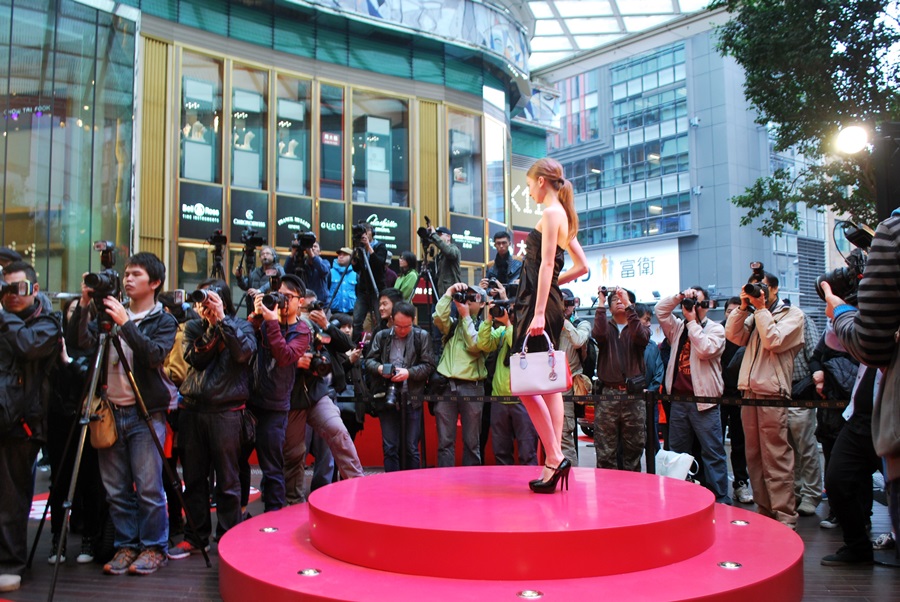 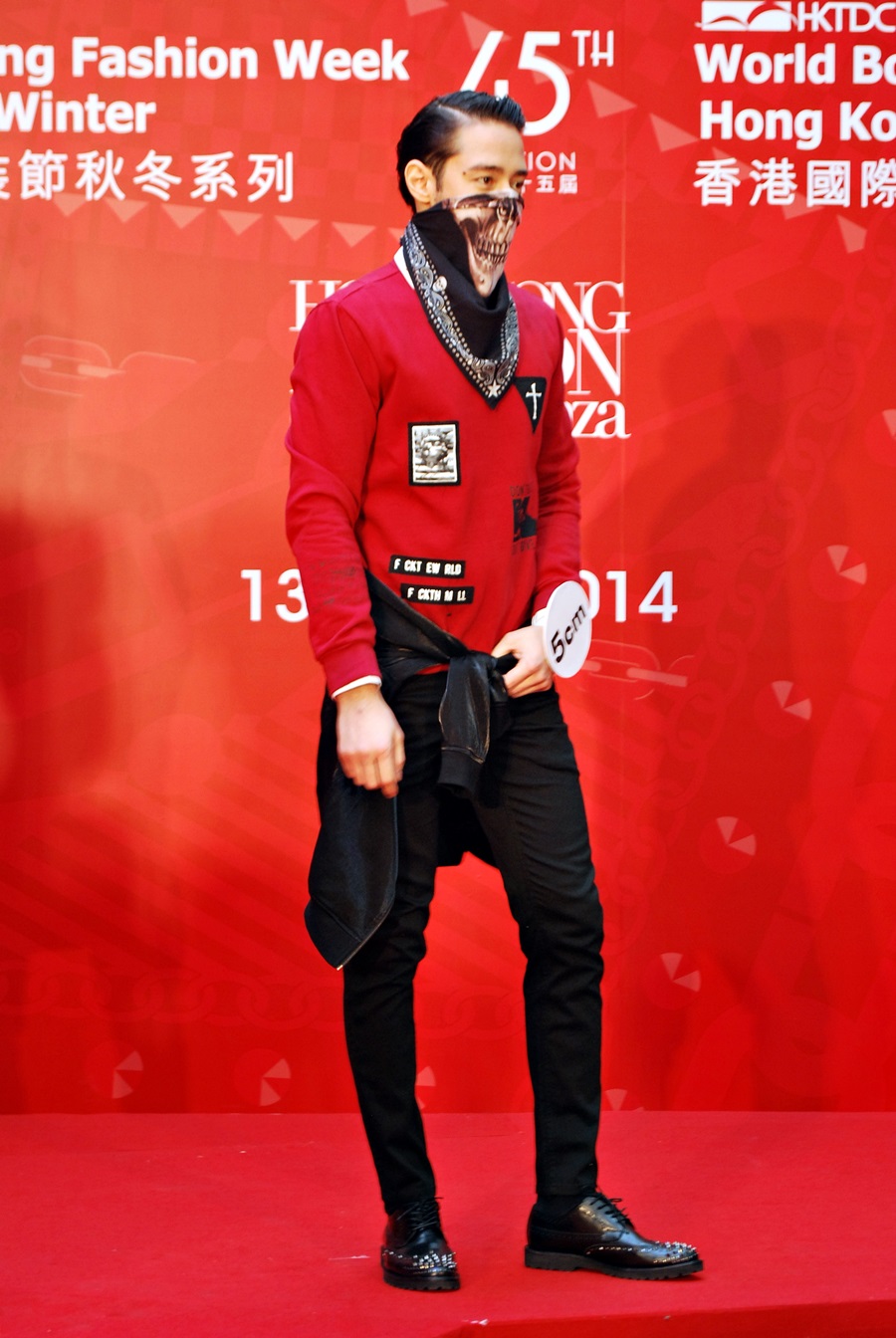 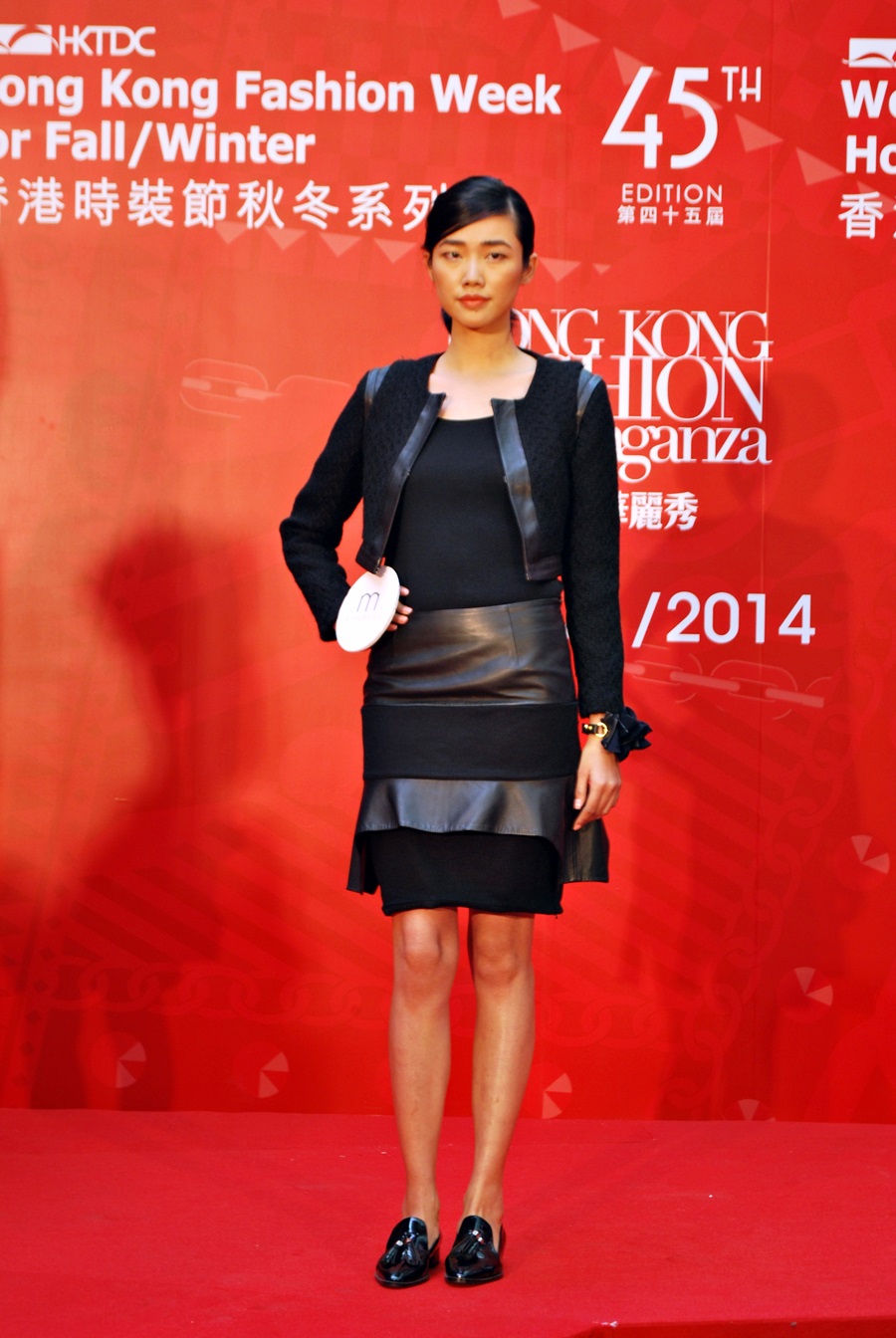 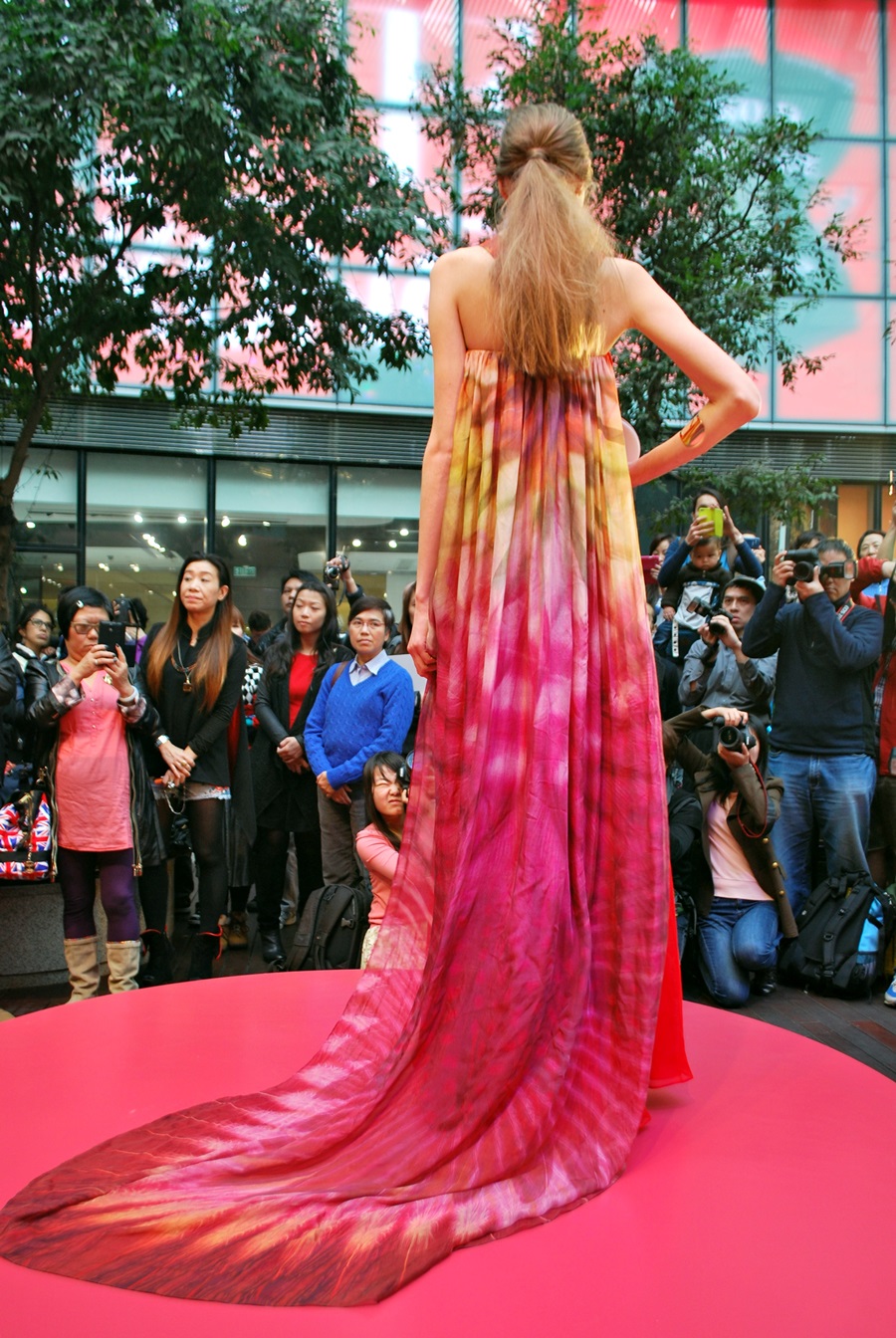 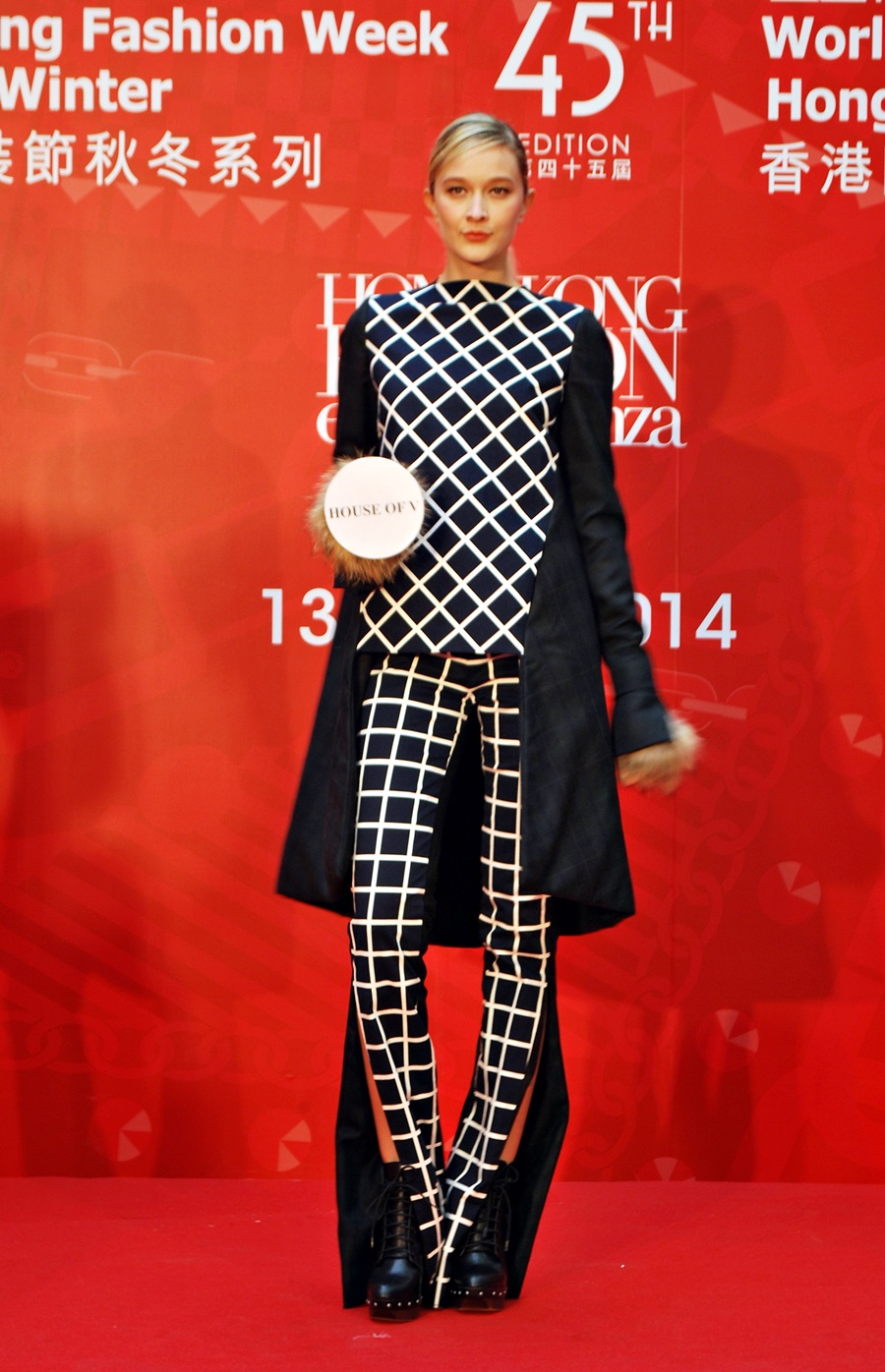 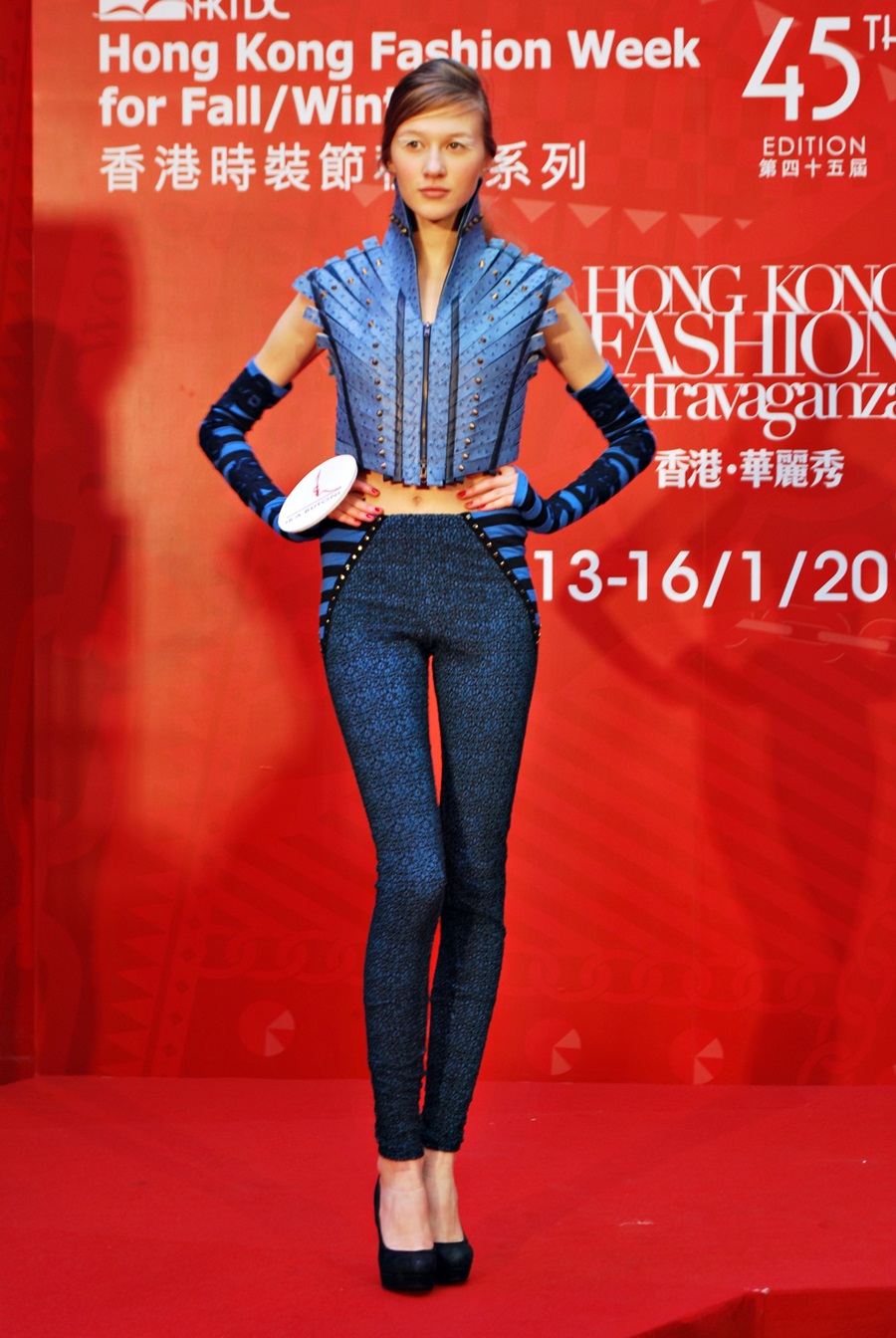 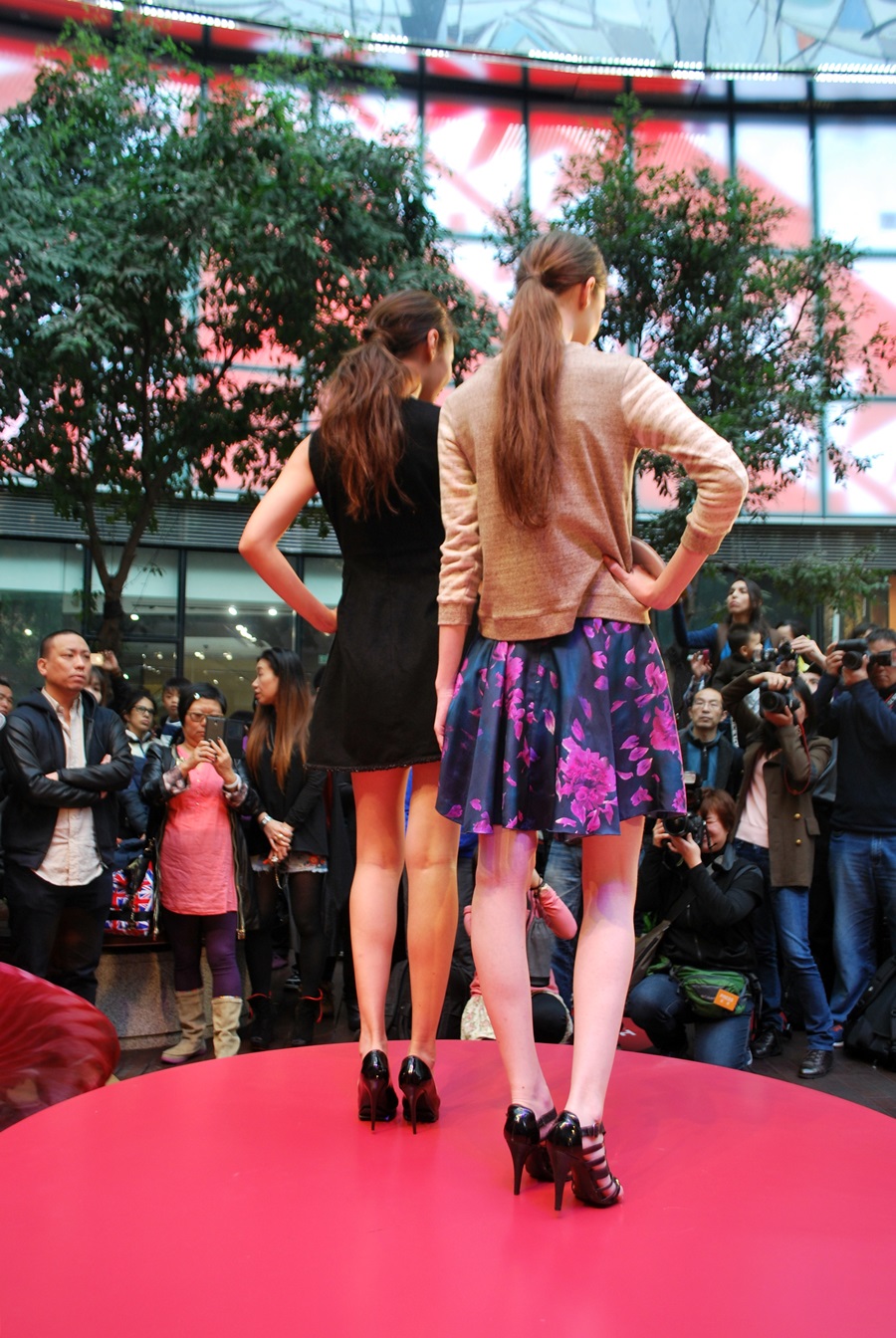 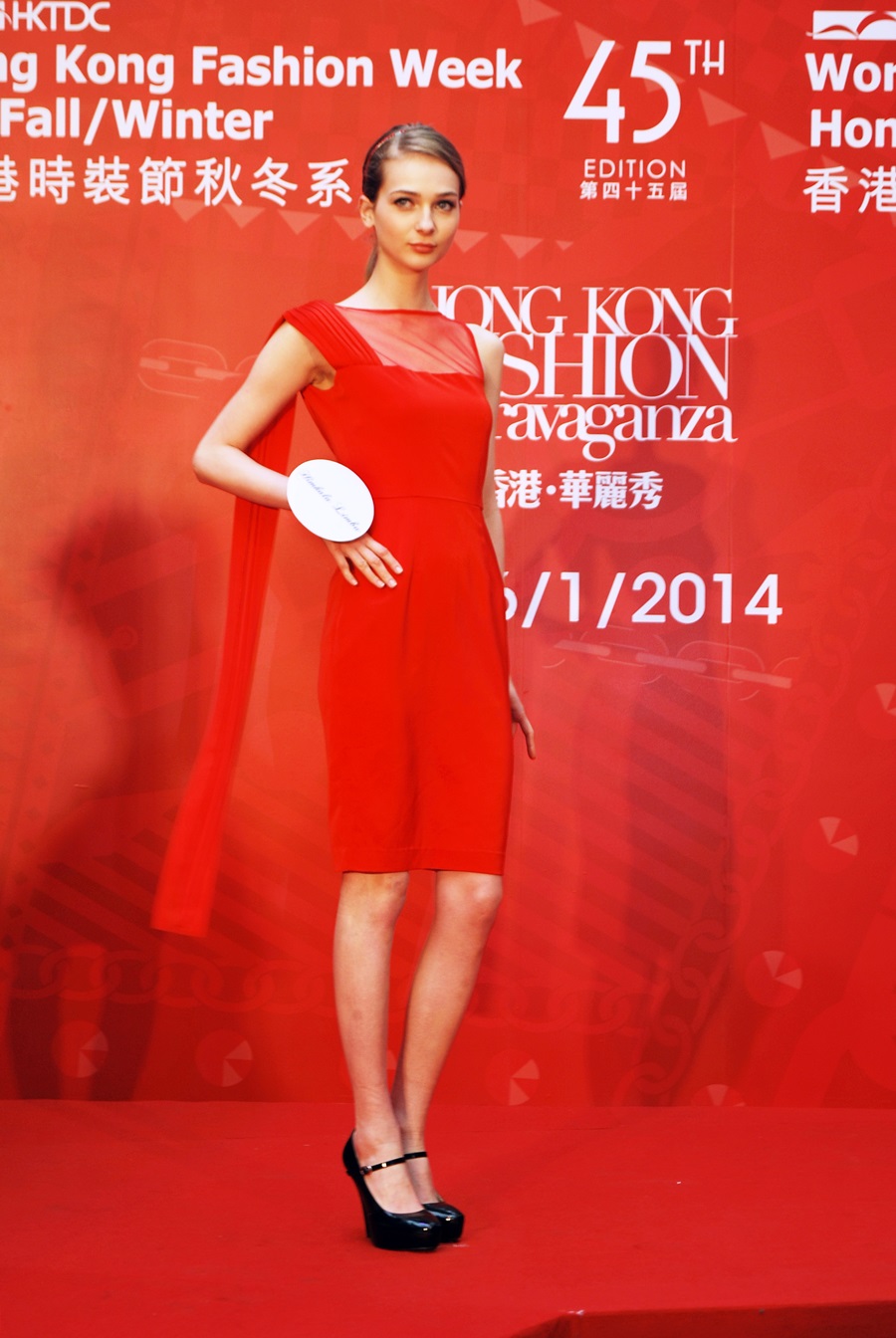 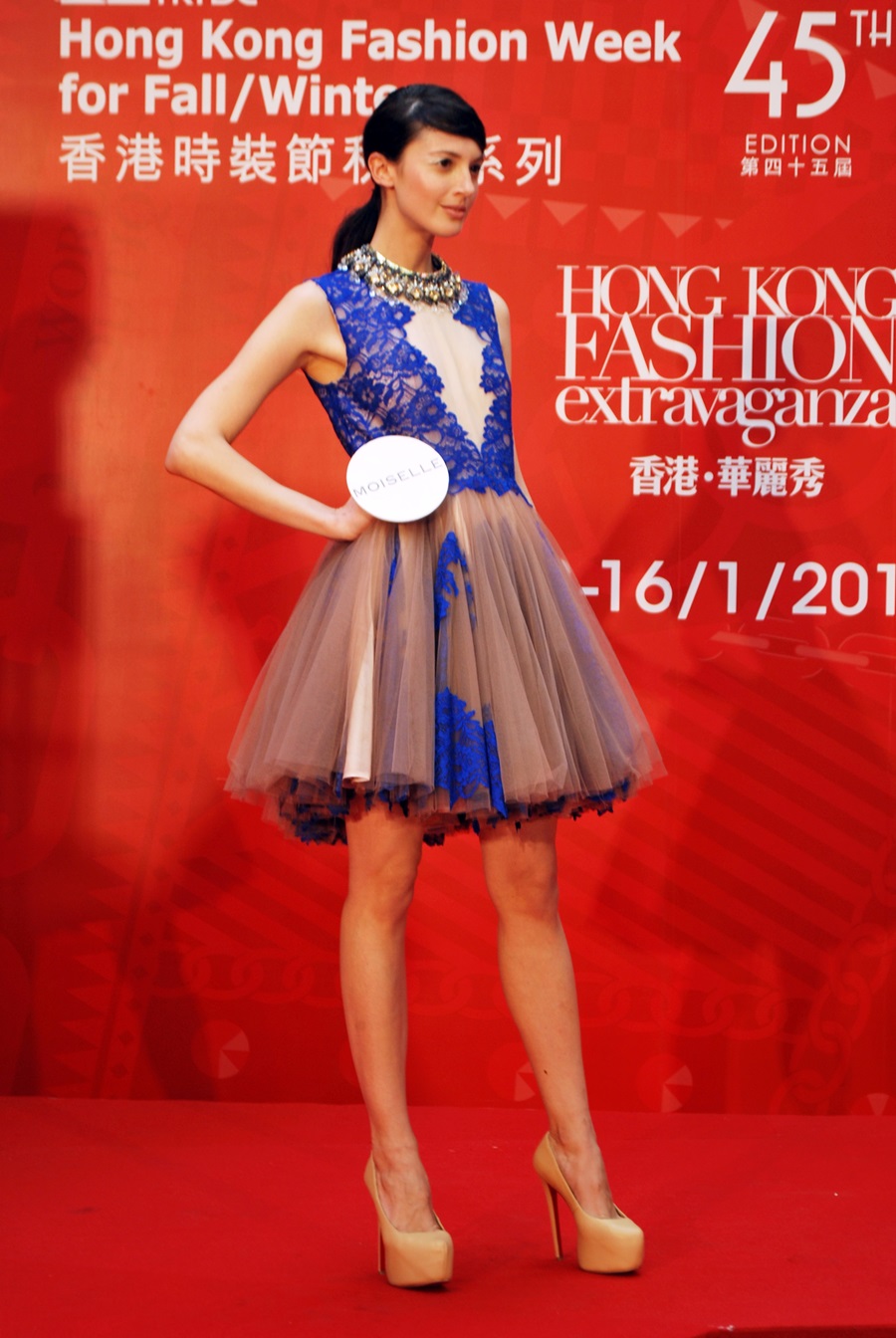 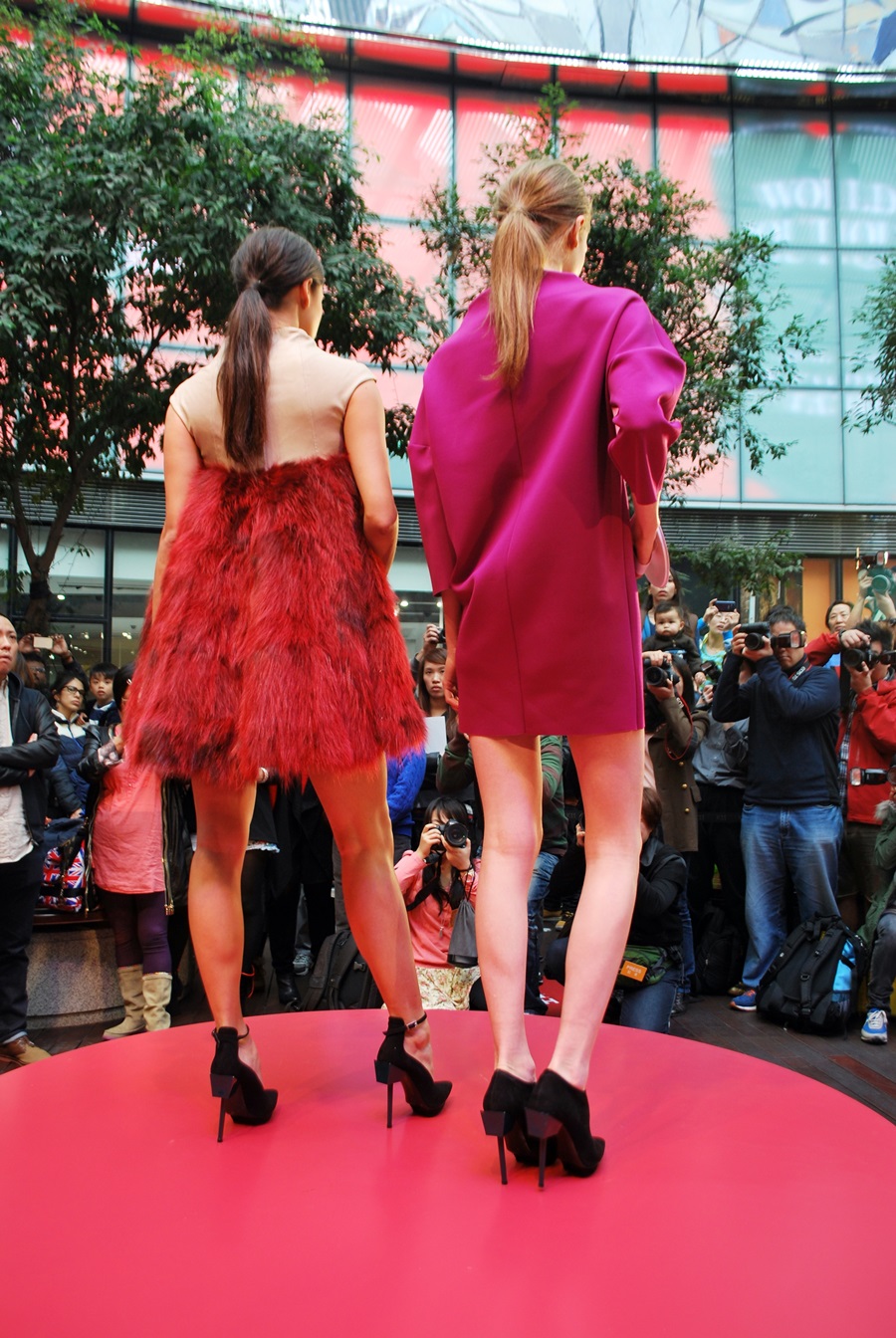 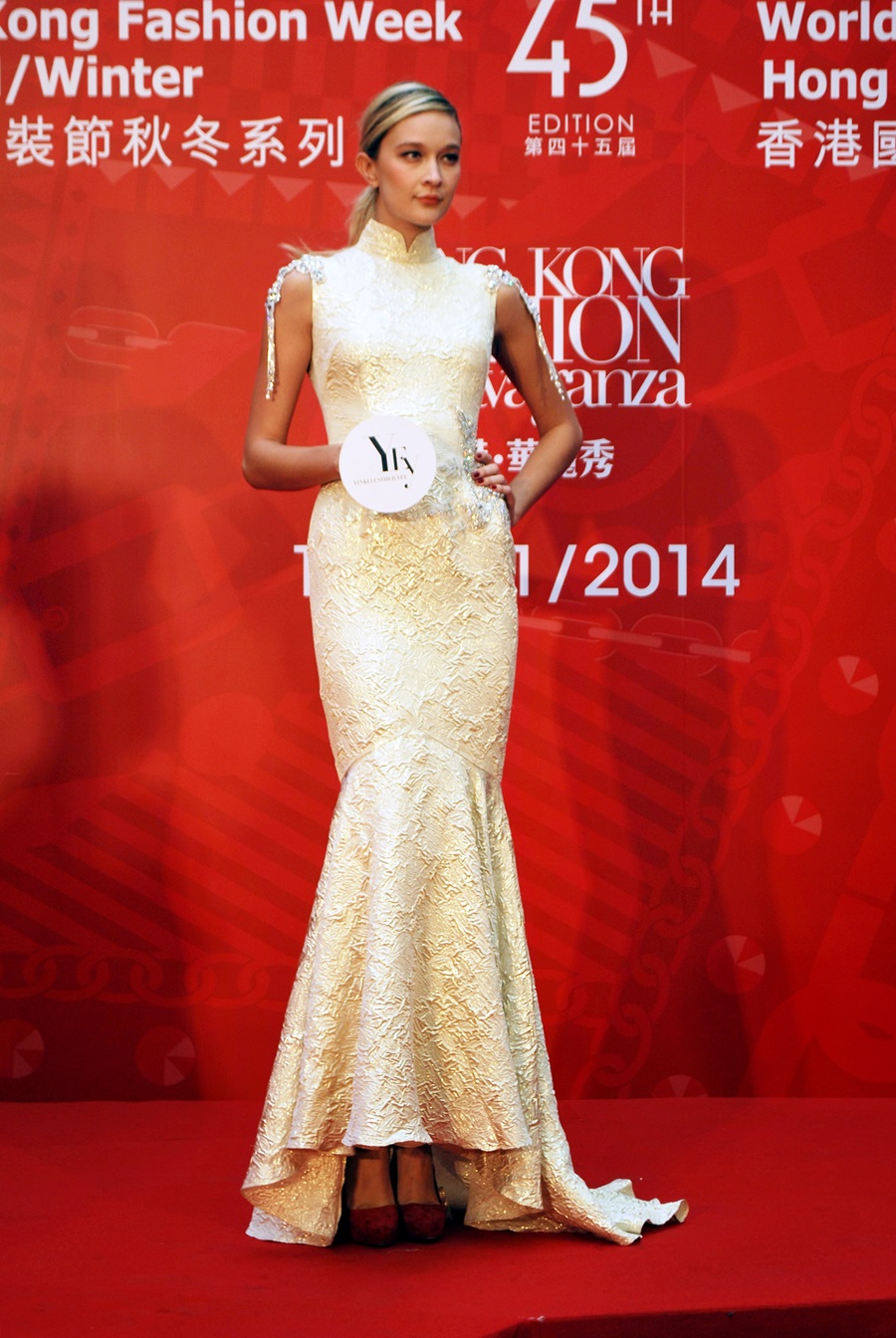 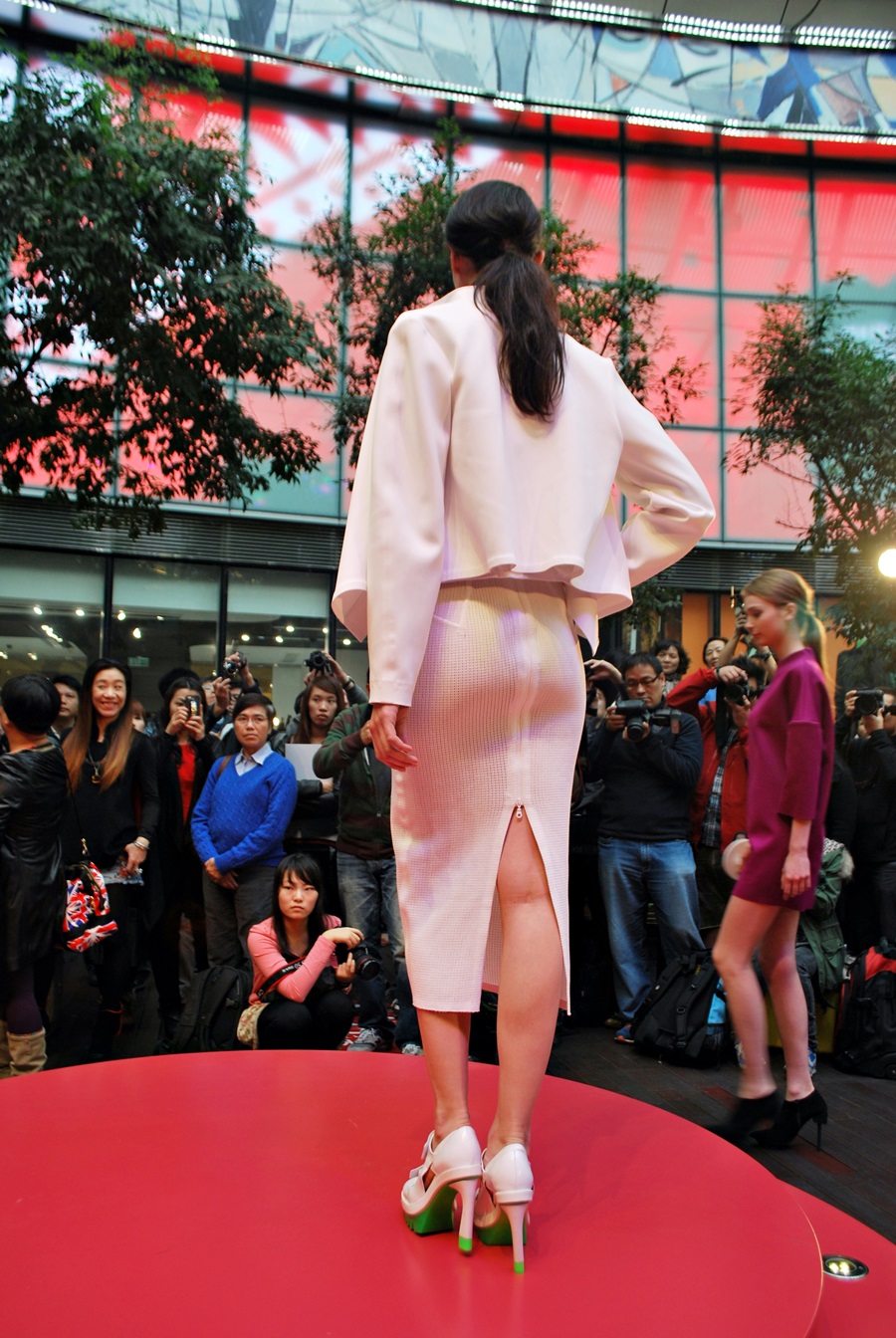 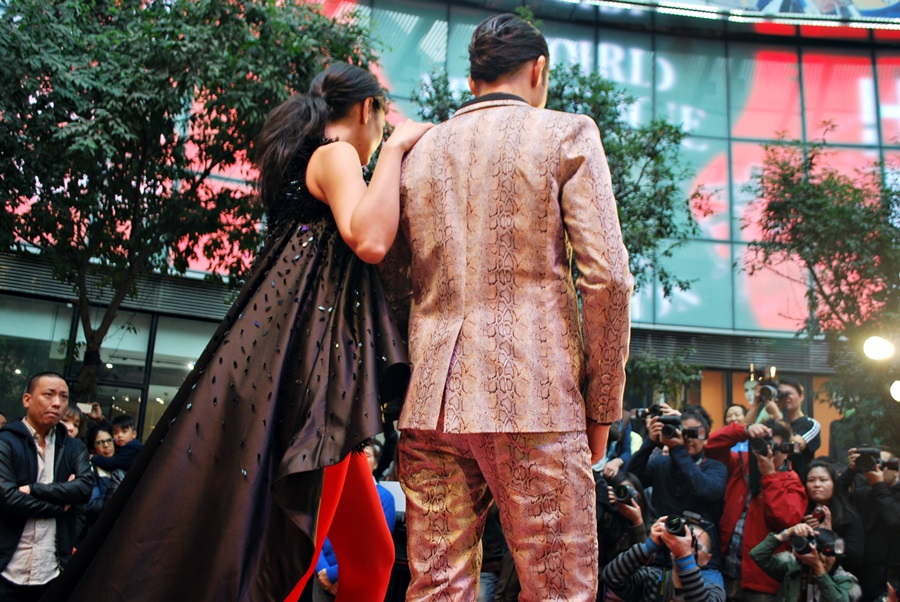 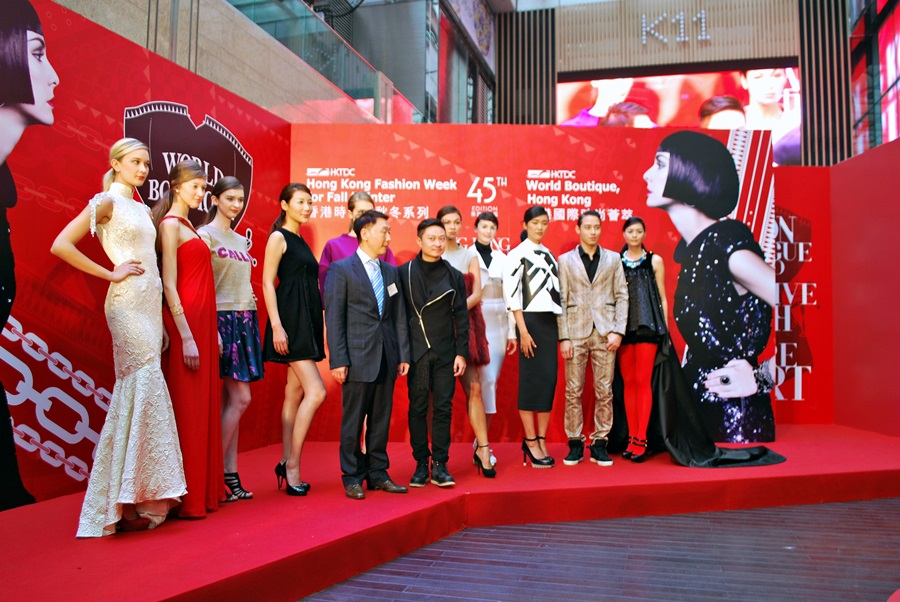 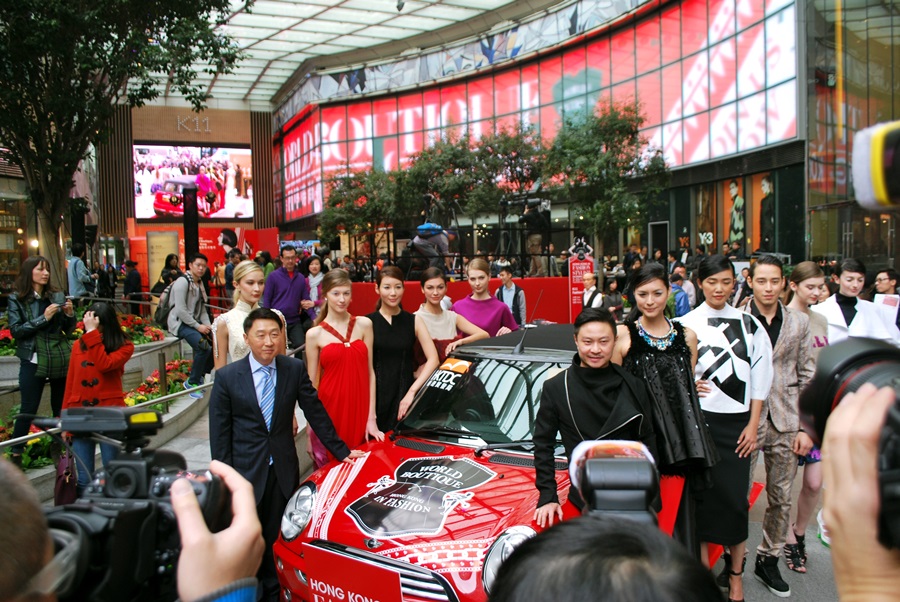 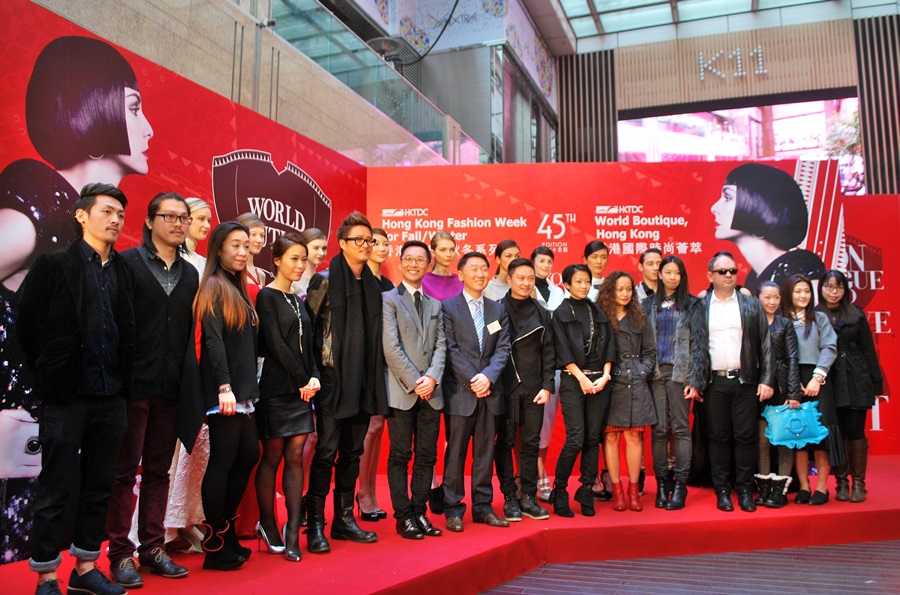 ... and above are the designers' and brand representatives who were present at the event. Of course, to see each of the collections as a whole, one must be present at Fashion Week. I, for one, will surely be there, even just on specific days. But if you happen to be in Hong Kong from the 13th til the 16th of January and are interested in joining the drama, then here are the key events to take note of:

Hope to see you there!

Meawhile, I can now finally say I met fellow bloggers! Ha!... and look who's one of 'em! It's Krisha from Manila-Hongkie Girl. Penguin and I met her while waiting for the press conference to start and we got to chit-chat a little bit (She's too tall, I'm embarrassed not to have worn heels next to her, haha). So yep, she's Chinese-Filipina, and currently  based in Hong Kong. Of course I can tell you what she told me about herself but I'd rather you got to know her through her blog (which I'm already starting to love). So if you have time, check out Manila-Hongkie Girl =)

Now I'll leave you to enjoy the photos. Cheers! 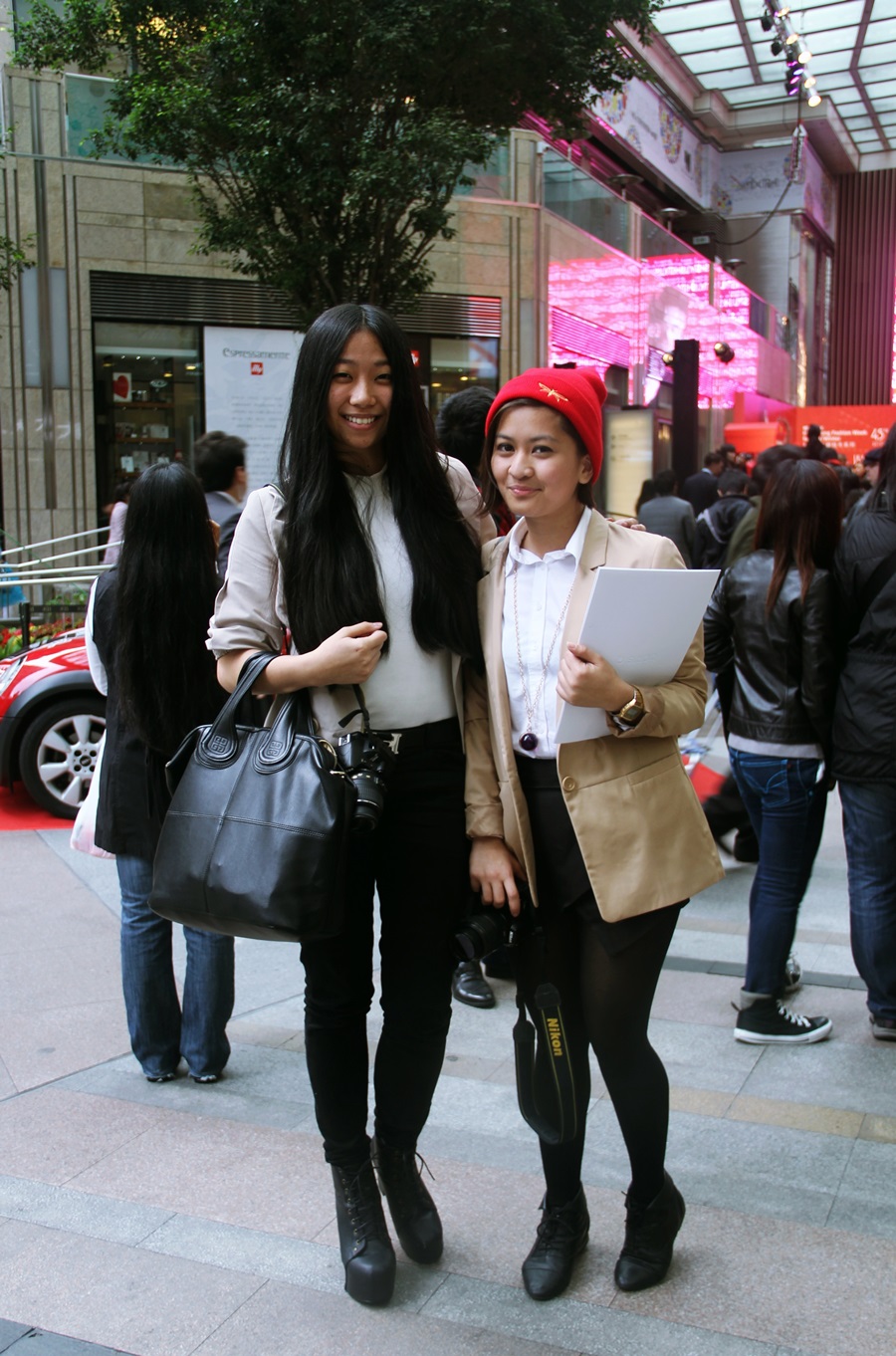