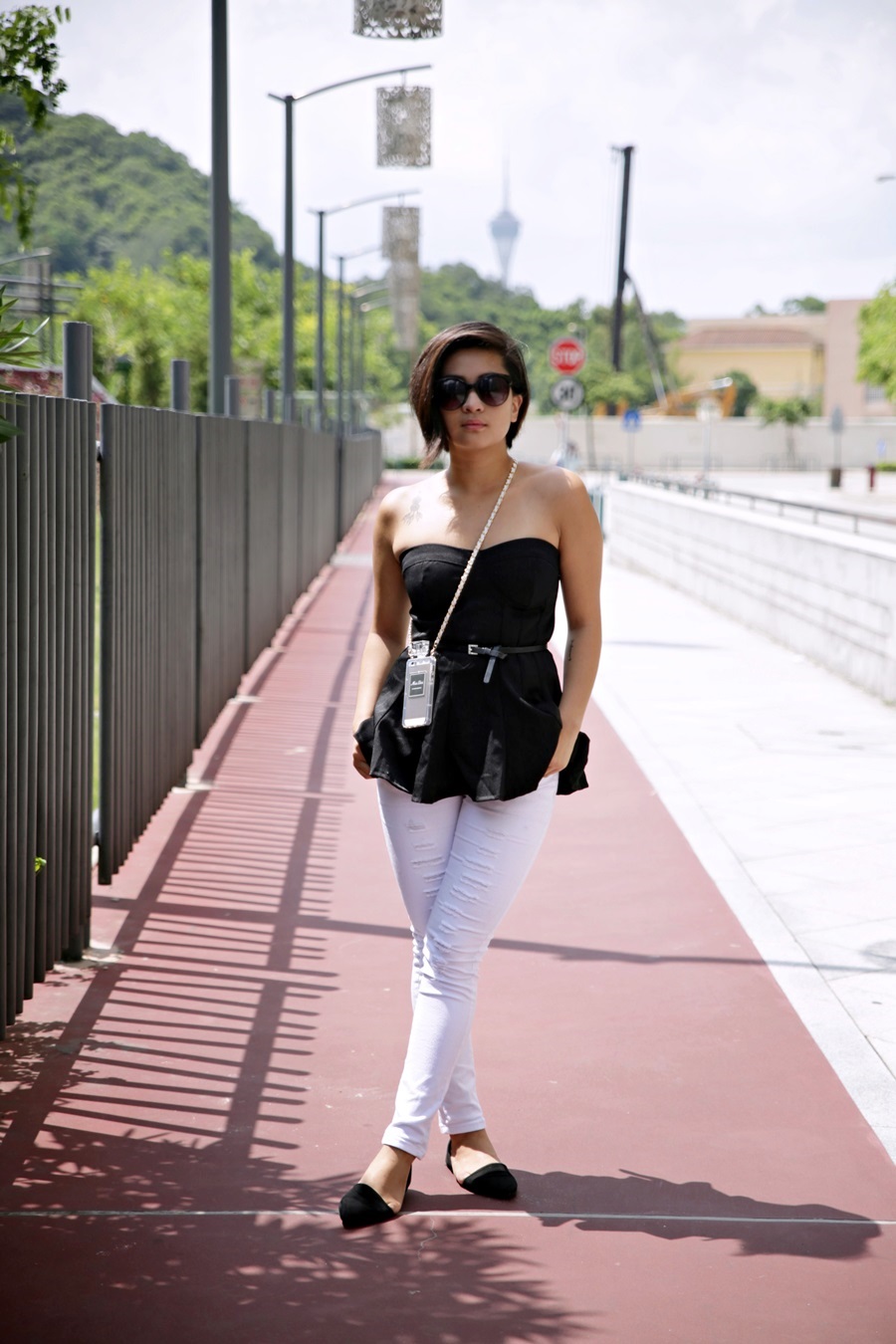 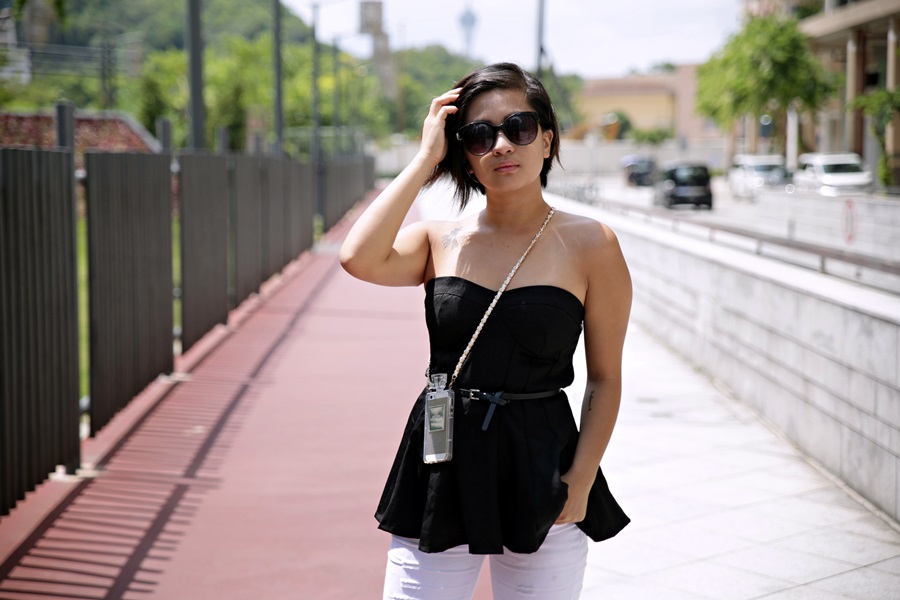 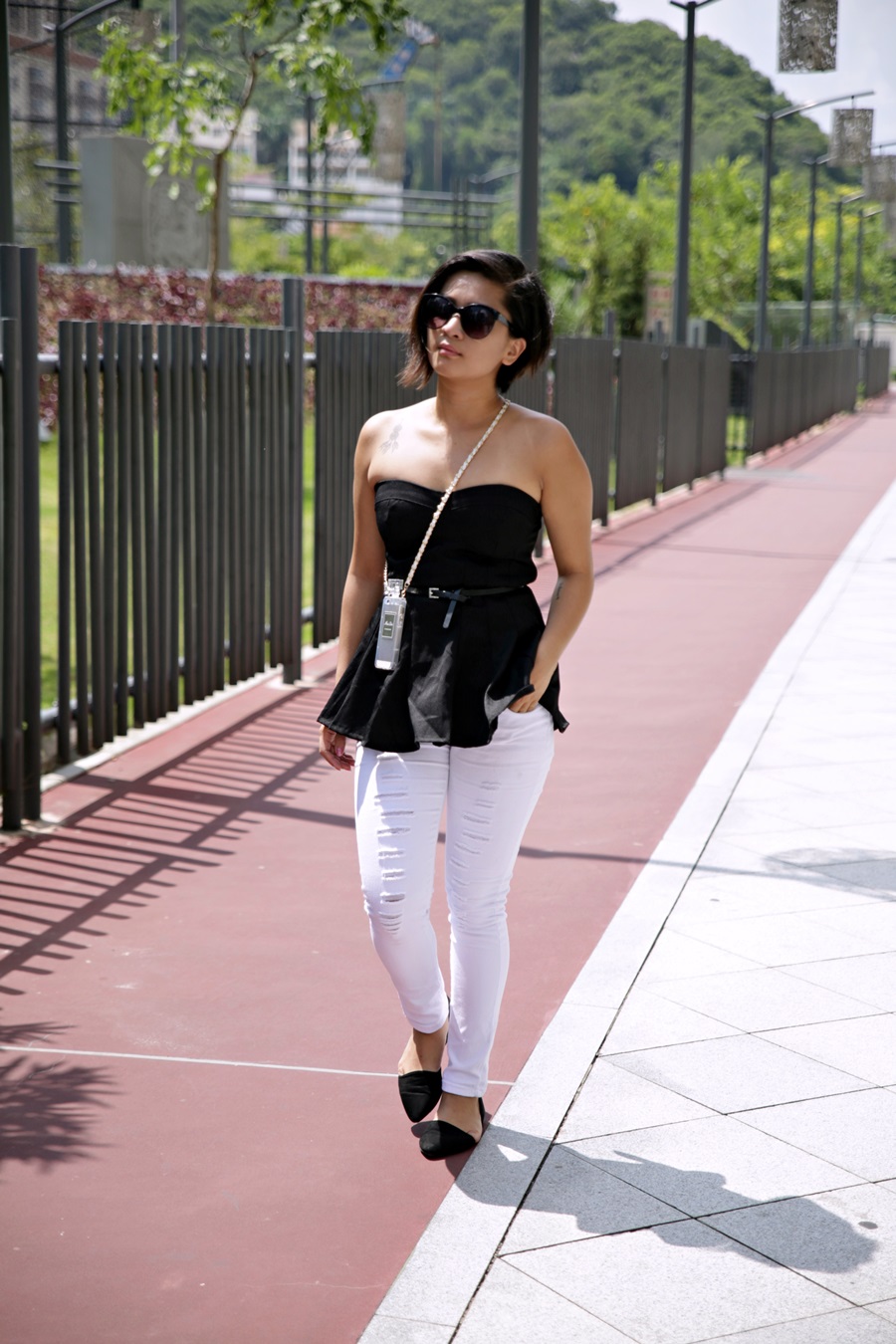 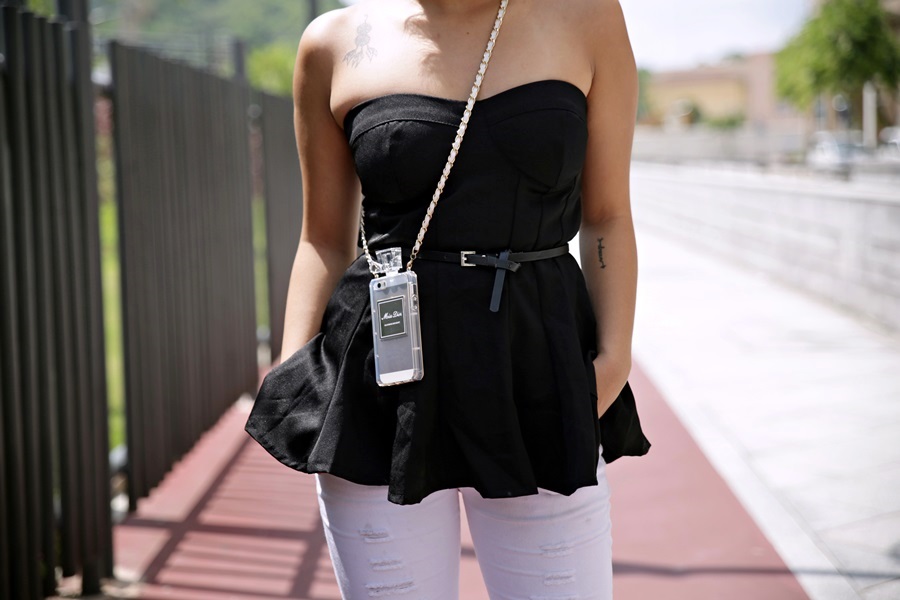 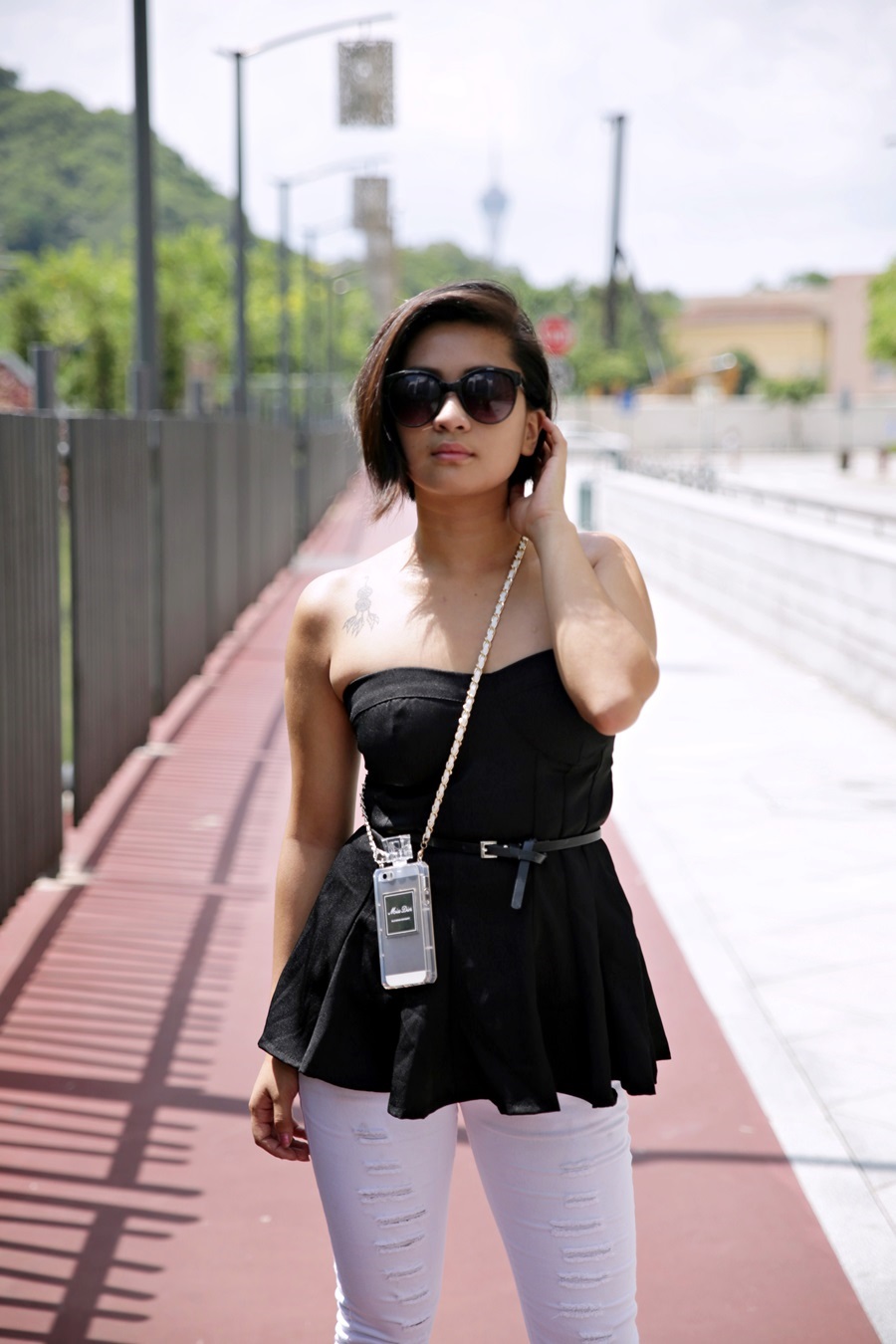 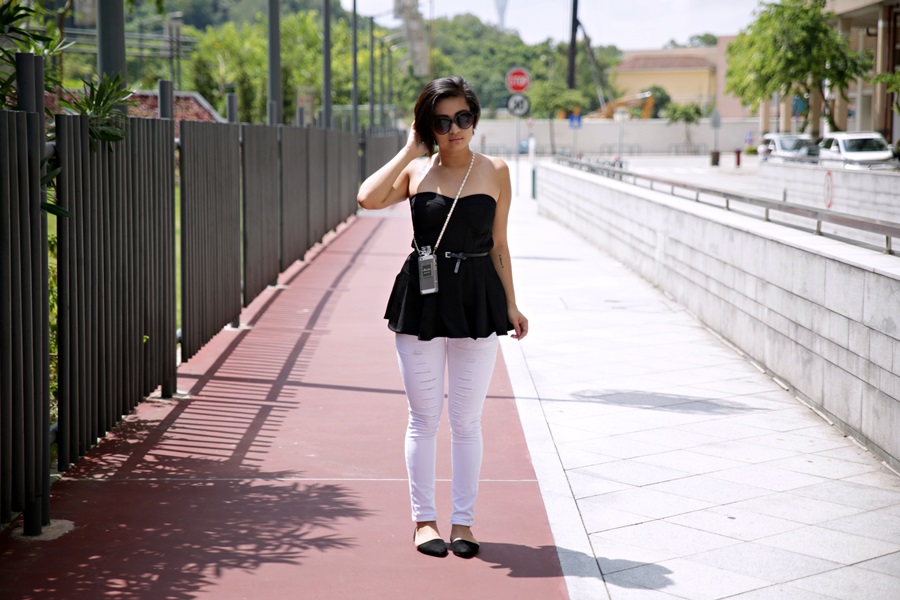 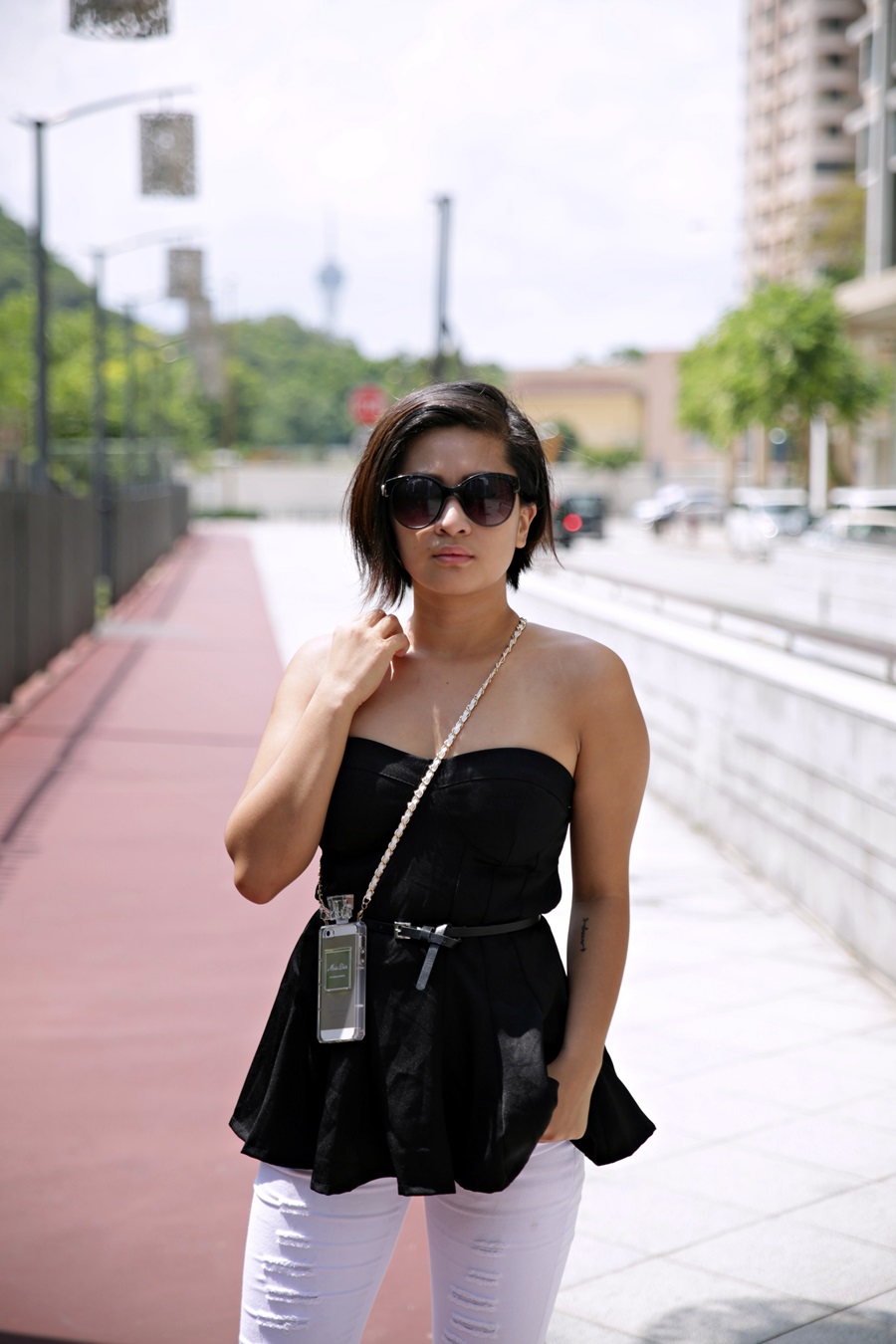 Et Voila! As promised, here's the full outfit that I was wearing on my previous post. I'm officially declaring myself obsessed with this peplum top, and perhaps just about anything black and white. I mean, it's not just a trend but it's foolproof cause you can never go wrong with this classic color combo, right? So at this point, I decided it's time I also owned a pair of white jeans. Who knew that the girl who used to swore off jeans is literally collecting a decent few now (yes, I actually bought several pairs in black, blue, and washed). White's a thing of the moment so, I went with the flow. But like I once said and which I'll say again: In fashion, "Never Say Never".

Well, it's pretty much the same sans work stress. What's bugging me right now though is that I have dental braces. And damn it,  they hurt. I mean, I knew they would - I had 'em once. But I completely forgot how much they really burn your mouth in the first few days. And that's after having three teeth extracted. Talk about unpleasant. Doesn't help either that I can't anything I want right now - and I'm not even talking about meat or pizza. Believe me, even eating fruits is a struggle. All I want is a cup of yogurt with fruits and granola and alas, I can have none but plain yogurt.

I guess I did sign up for this so might as well suck it up for the next couple of days. But be warned, you might no be seeing me all smiley smiley in my upcoming post. Ha!

And that's it for tonight my darlings. Goodnight!

P.S. Random note but what would you wear when you're about to meet Rumi Neely? Tell tell below!