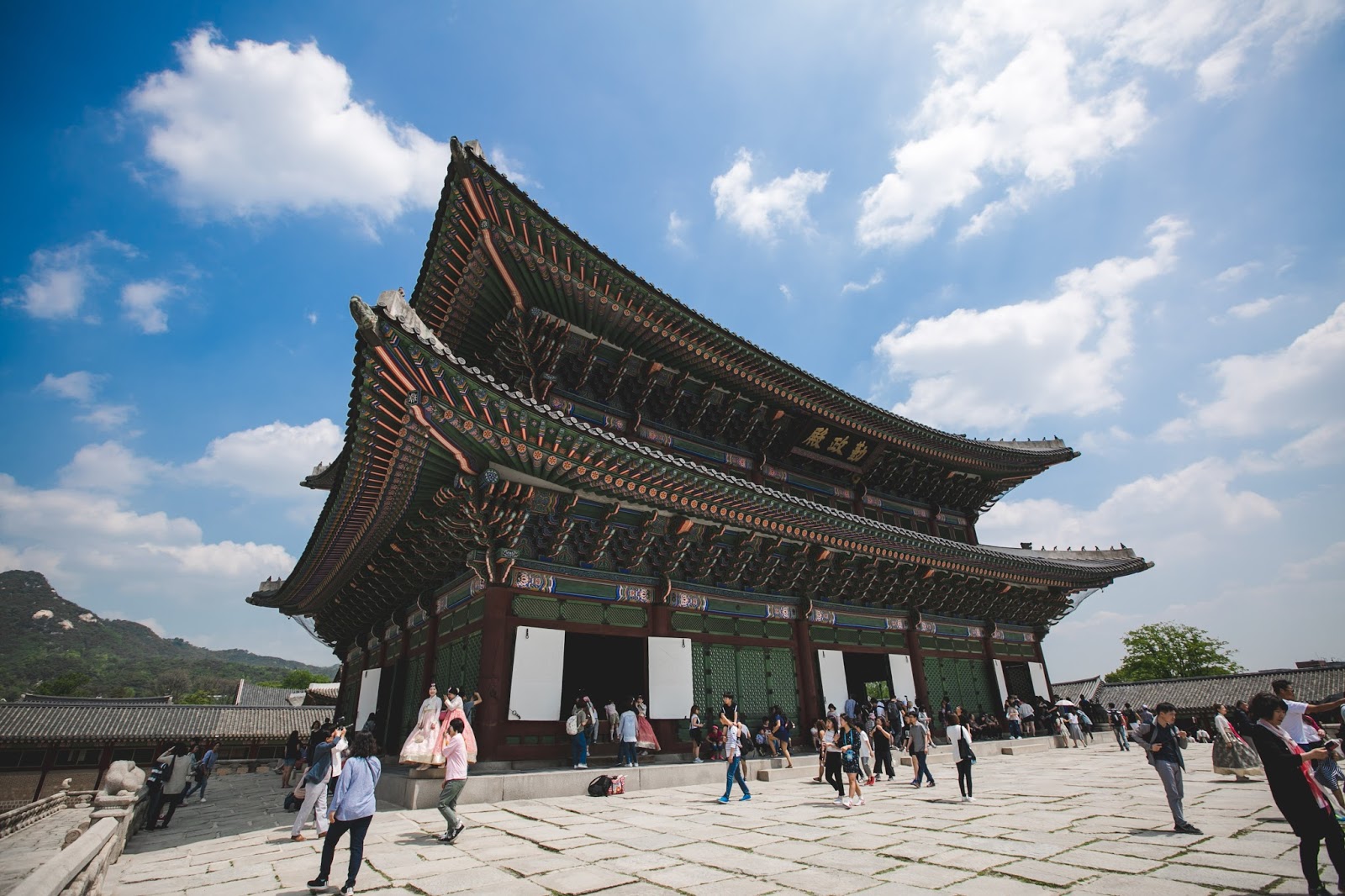 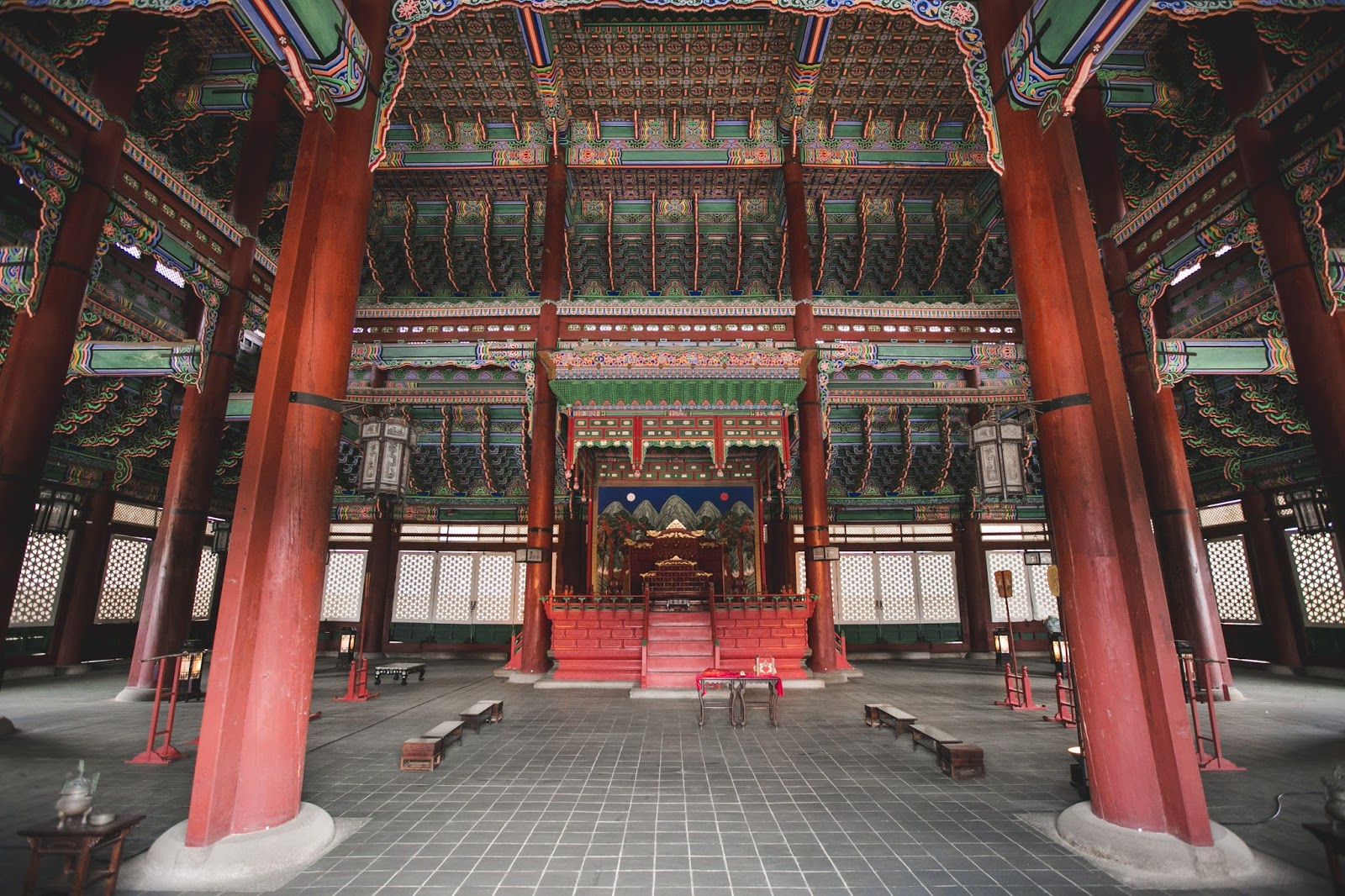 Our first day in Seoul was pretty much what you would expect first-time visitors like ourselves would do. Truth be told, Penguin and I are not the touristy kind of people whenever we travel; always opting to explore the more local spots; staying in apartments rather than cheap hotels where the tourist attractions are. But after researching prior to our trip, I found that there really isn't much touristy places in the city, at least not compared to it's older brother that is Tokyo; so we decided to take on most of them on Day 1.

Gyeongbukgong Palace was, of course, mandatory. We went there early in the morning which was a good call because when there wasn't a long queue just yet when we purchased our entry tickets. Few minutes later, the line was longer than I can imagine.

To be honest, I expected so much more than just an open throne-room when we reached the palace. Turns out, it was mostly an open space bordered by the Palace walls. But it was a beautiful day to be out there and the blue skies made for a picturesque backdrop to the photos. Don't take my word for it though, because that's just me. I'd still recommend for you to visit this Palace if ever you find yourself in Seoul and appreciate it yourself. 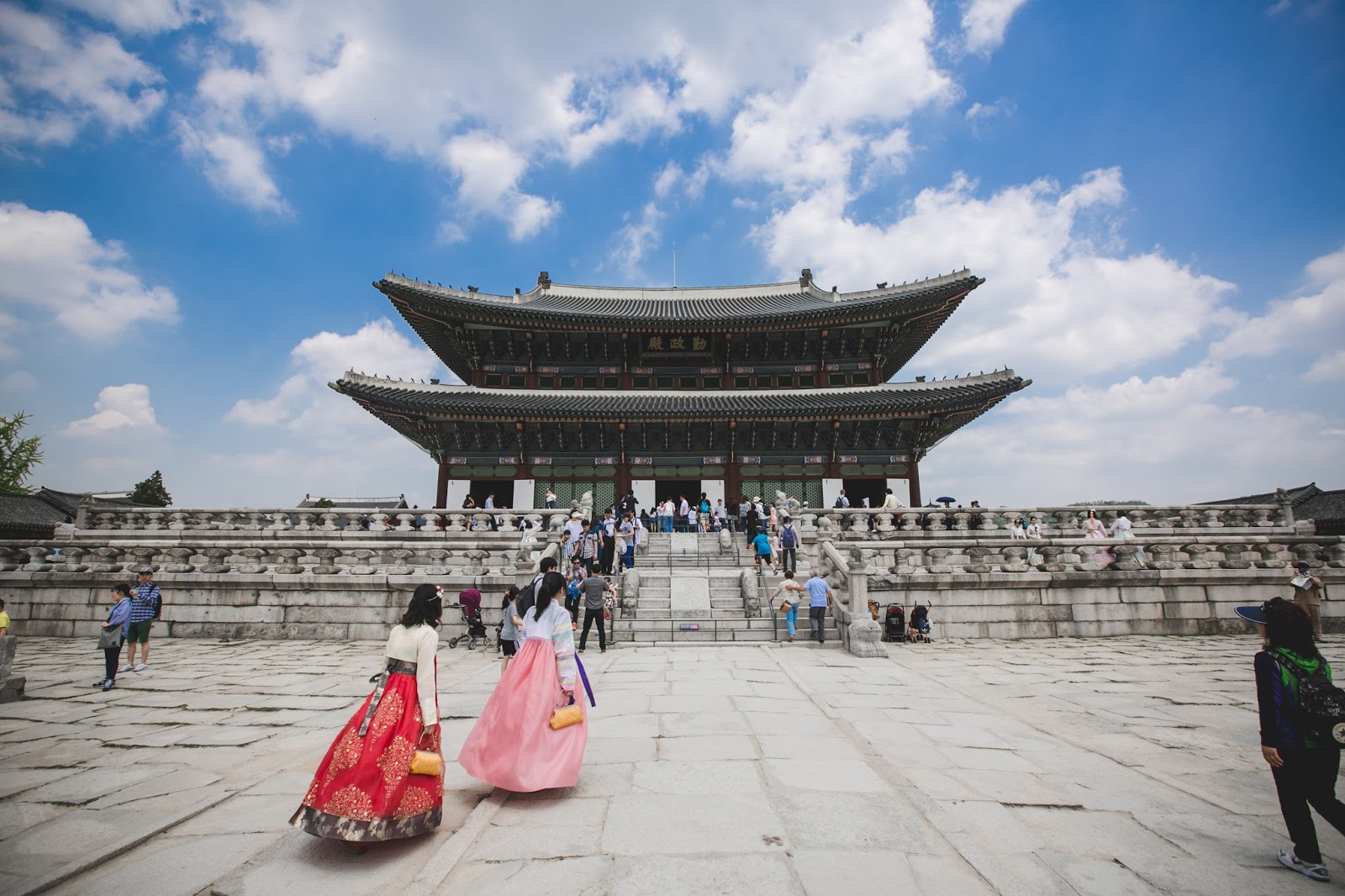 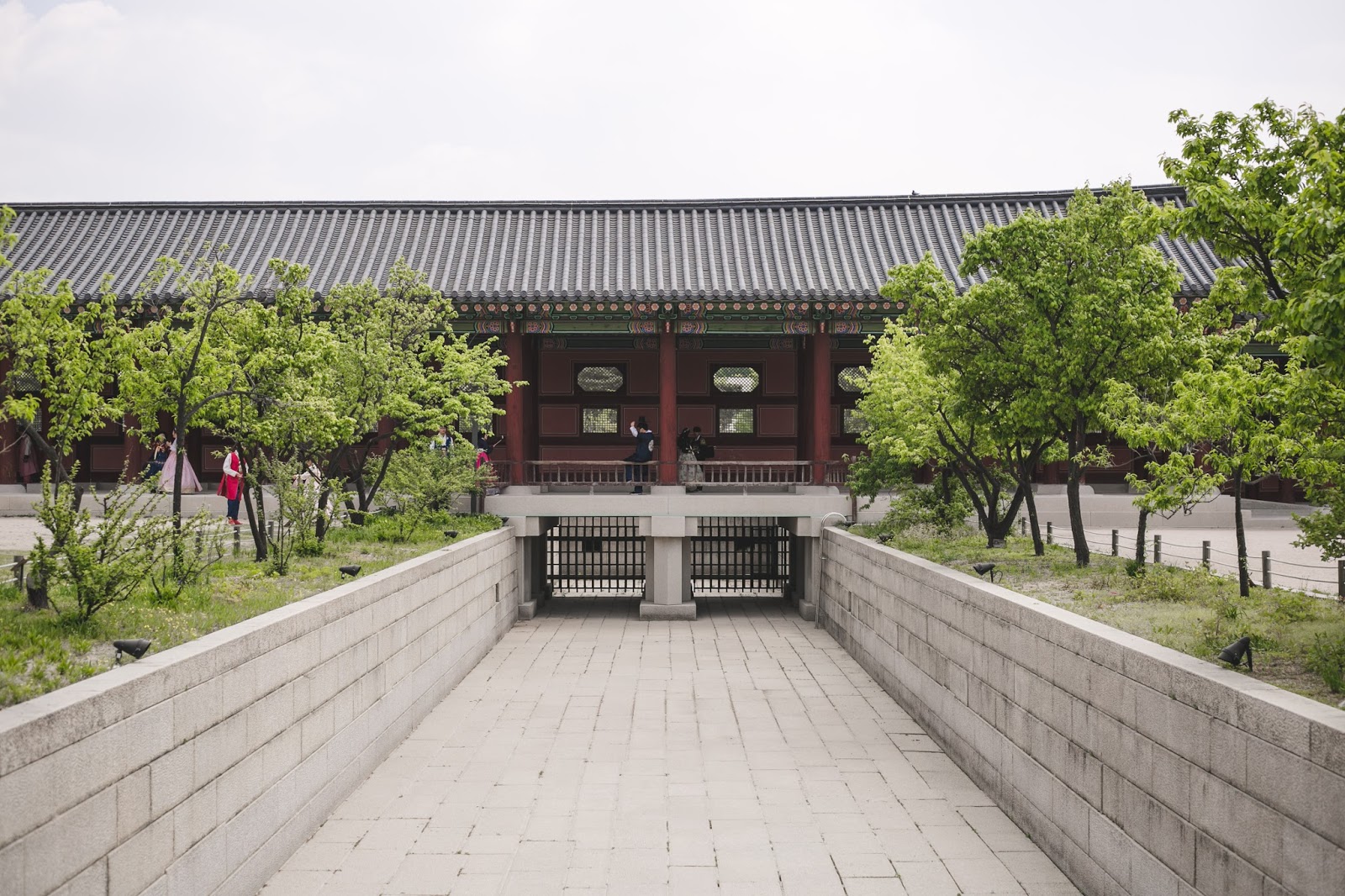 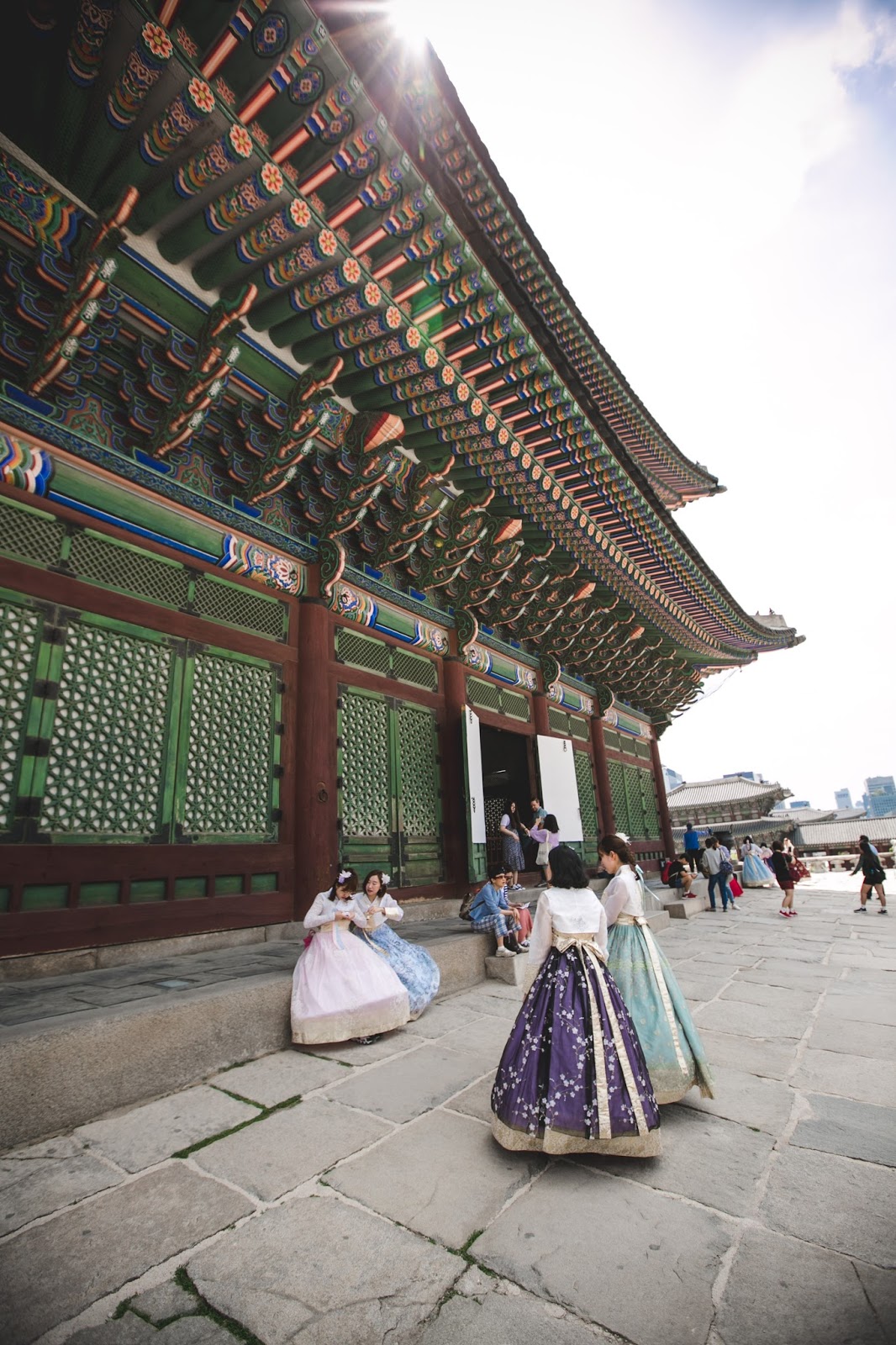 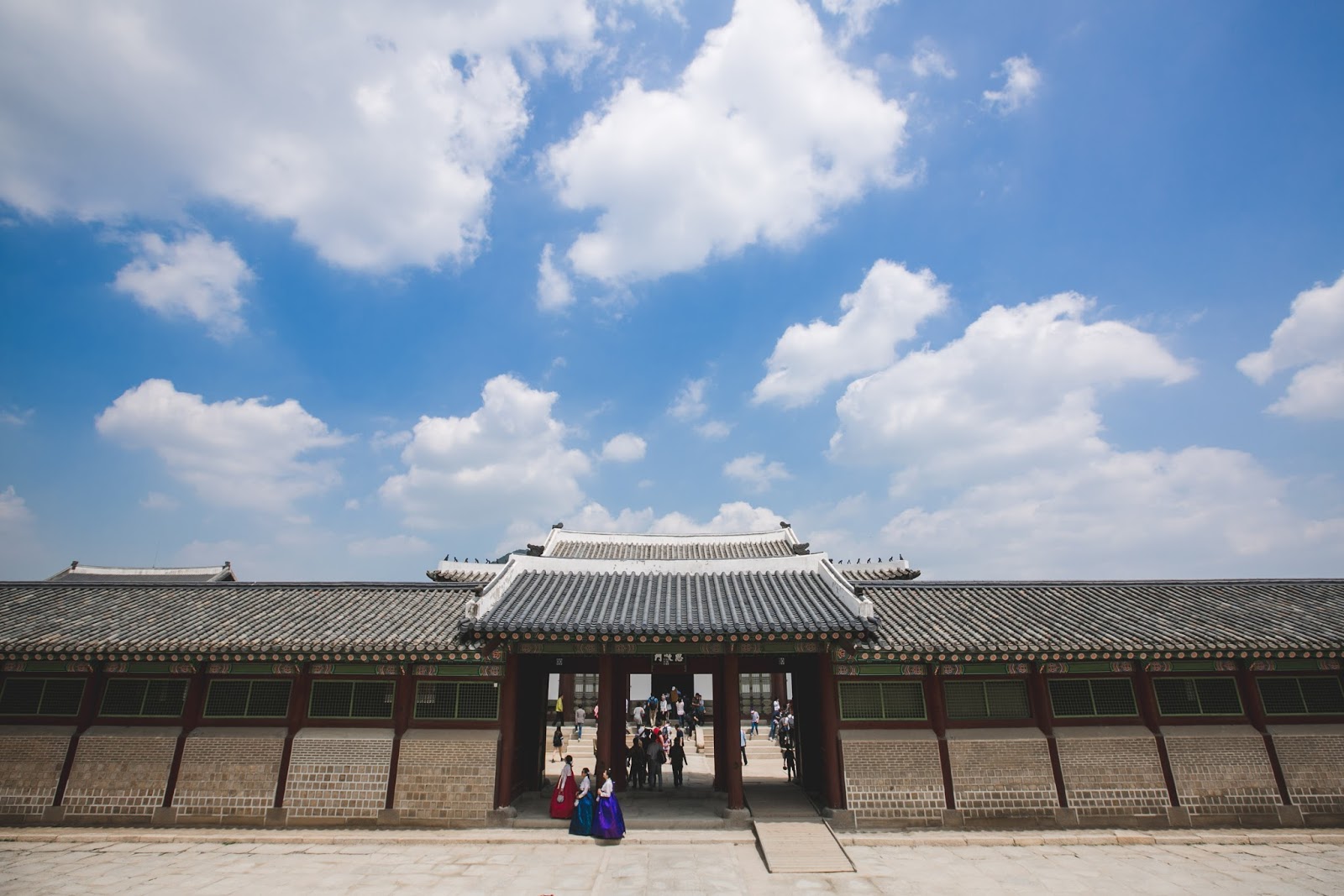 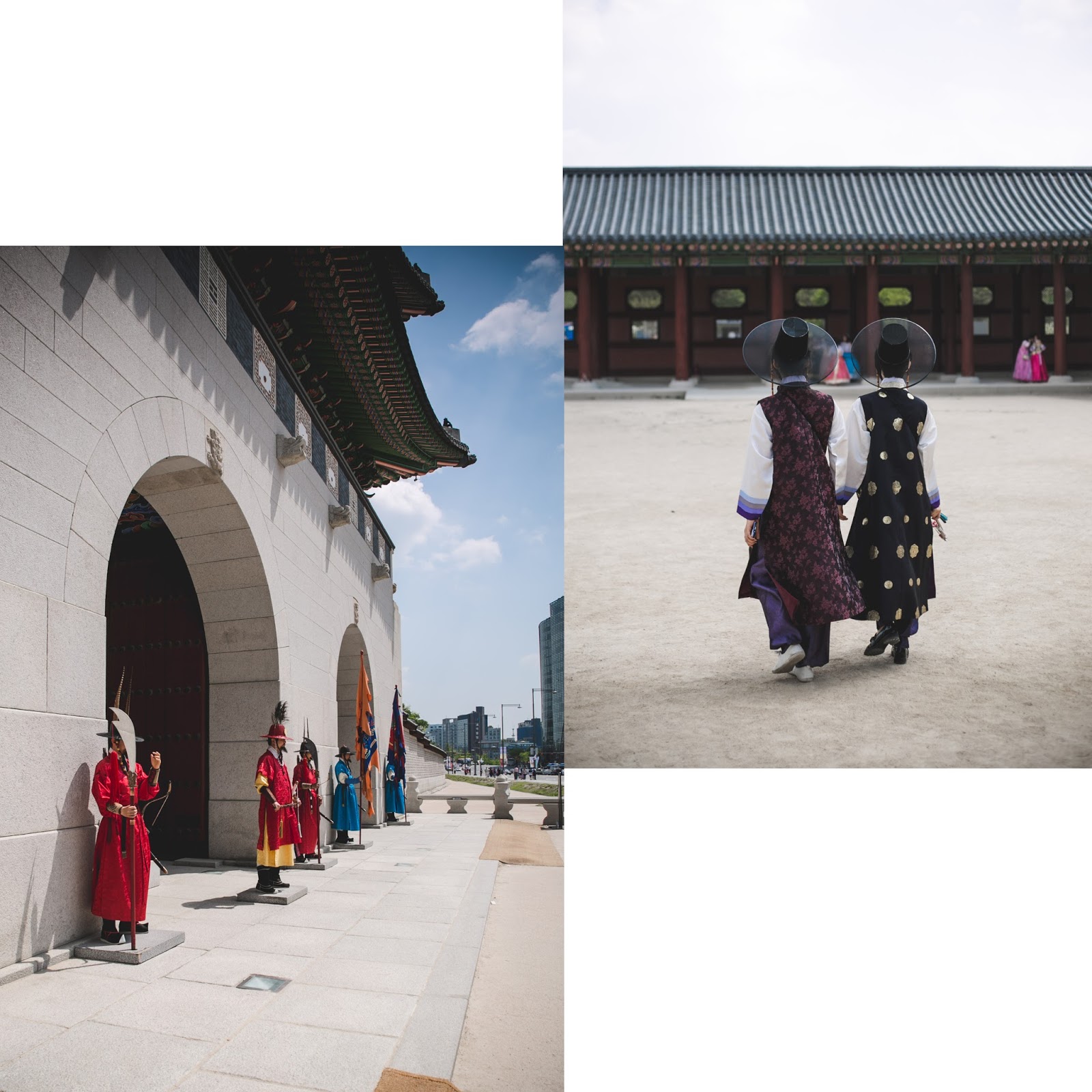 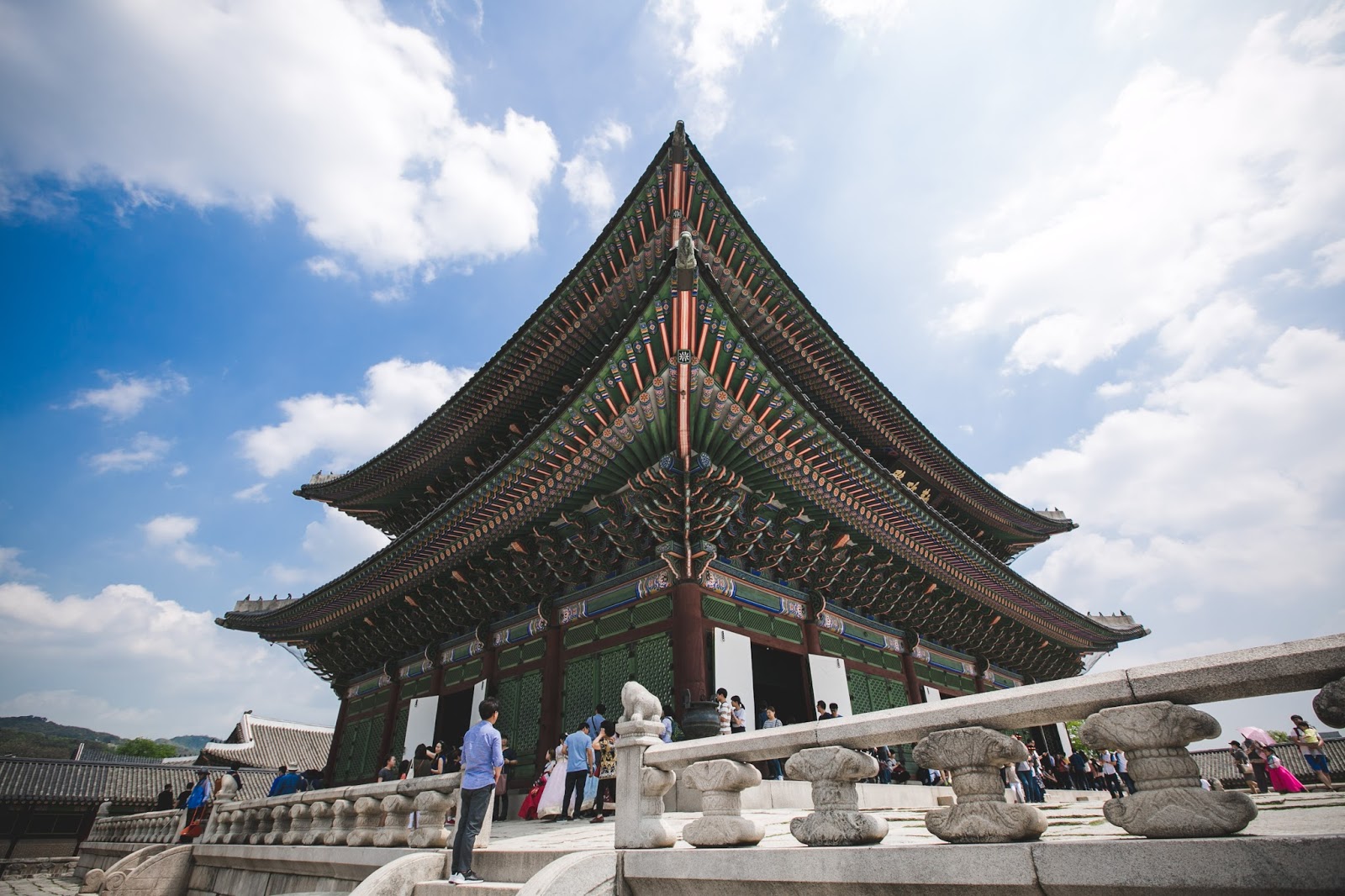 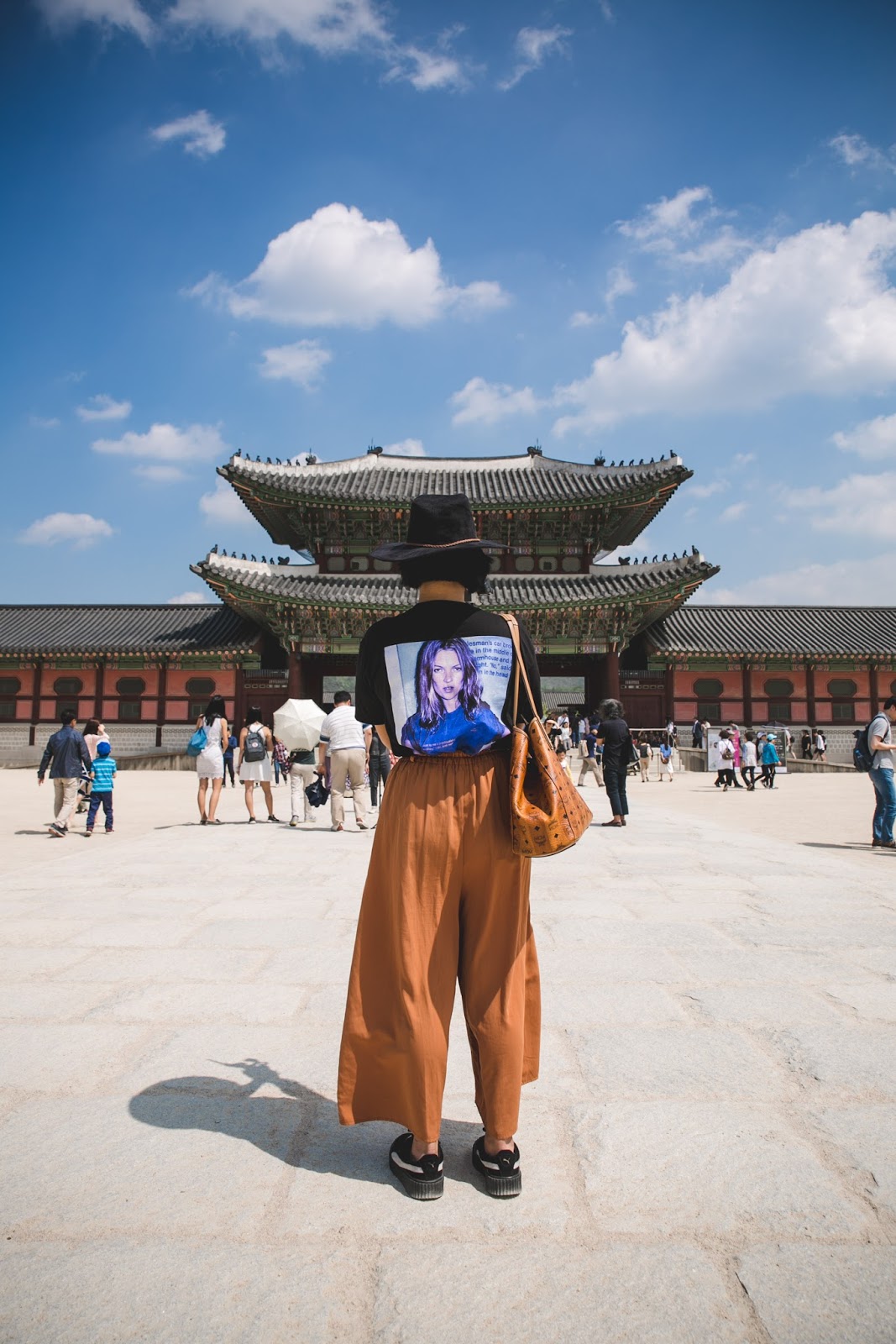 After Gyeongbukgong, we headed to the old village of Bukchon Hanok where one can find the most instagram-worthy spots anywhere along the traditional Korean houses lined-up leading to the top of the hill. From above, you can see the N Seoul Tower from afar.

We made our way from the palace to the village by walking along Samcheong-ro. The walk was pleasant as you  can see the juxtaposition of old Seoul and New Seoul left and right. The side streets are lined up with the cutest and colorful cafes; art spaces; stores where you can buy or rent a Hanbok; and cute clothing boutiques and little flea-markets that look more like backyard sales. 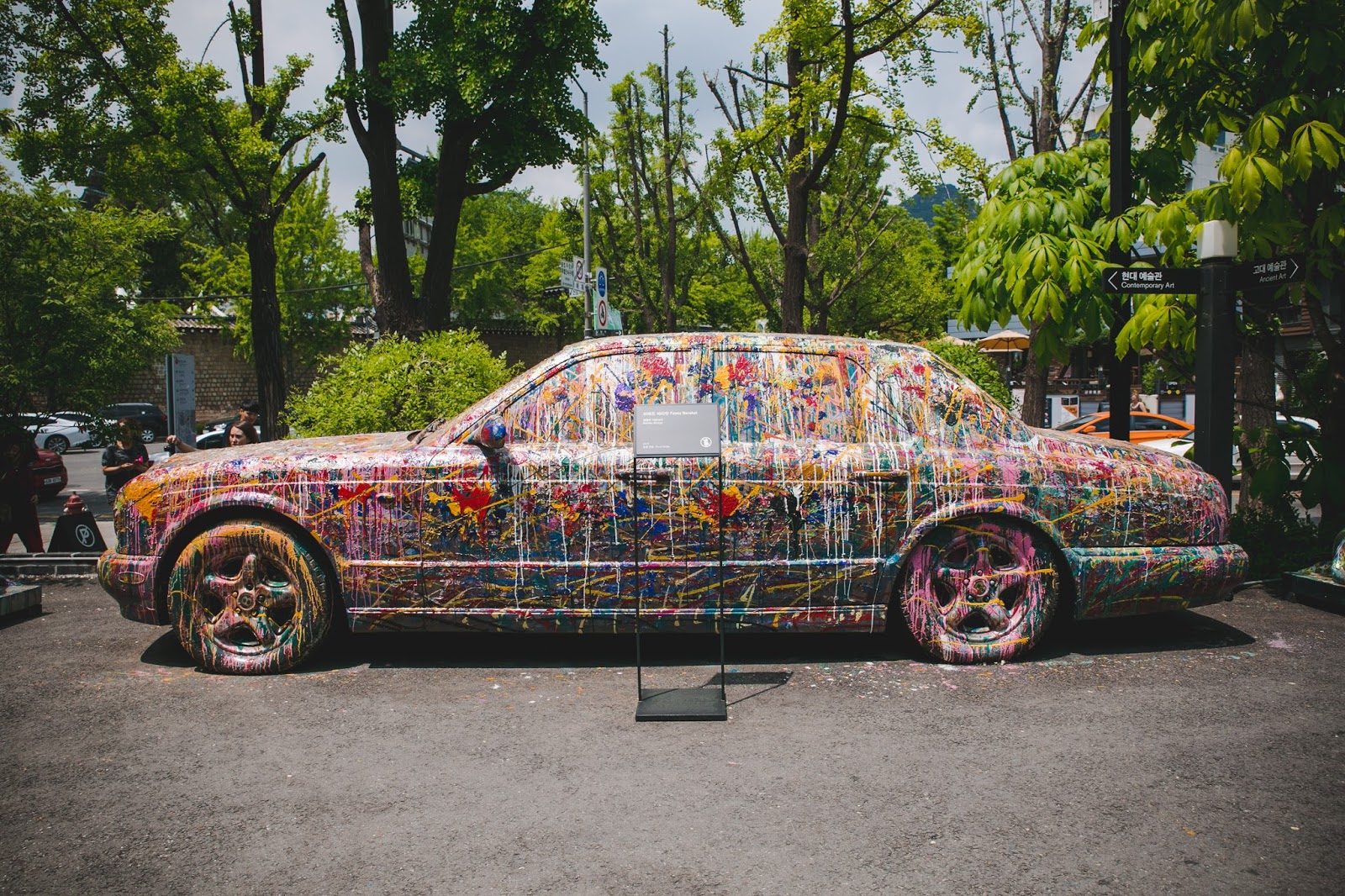 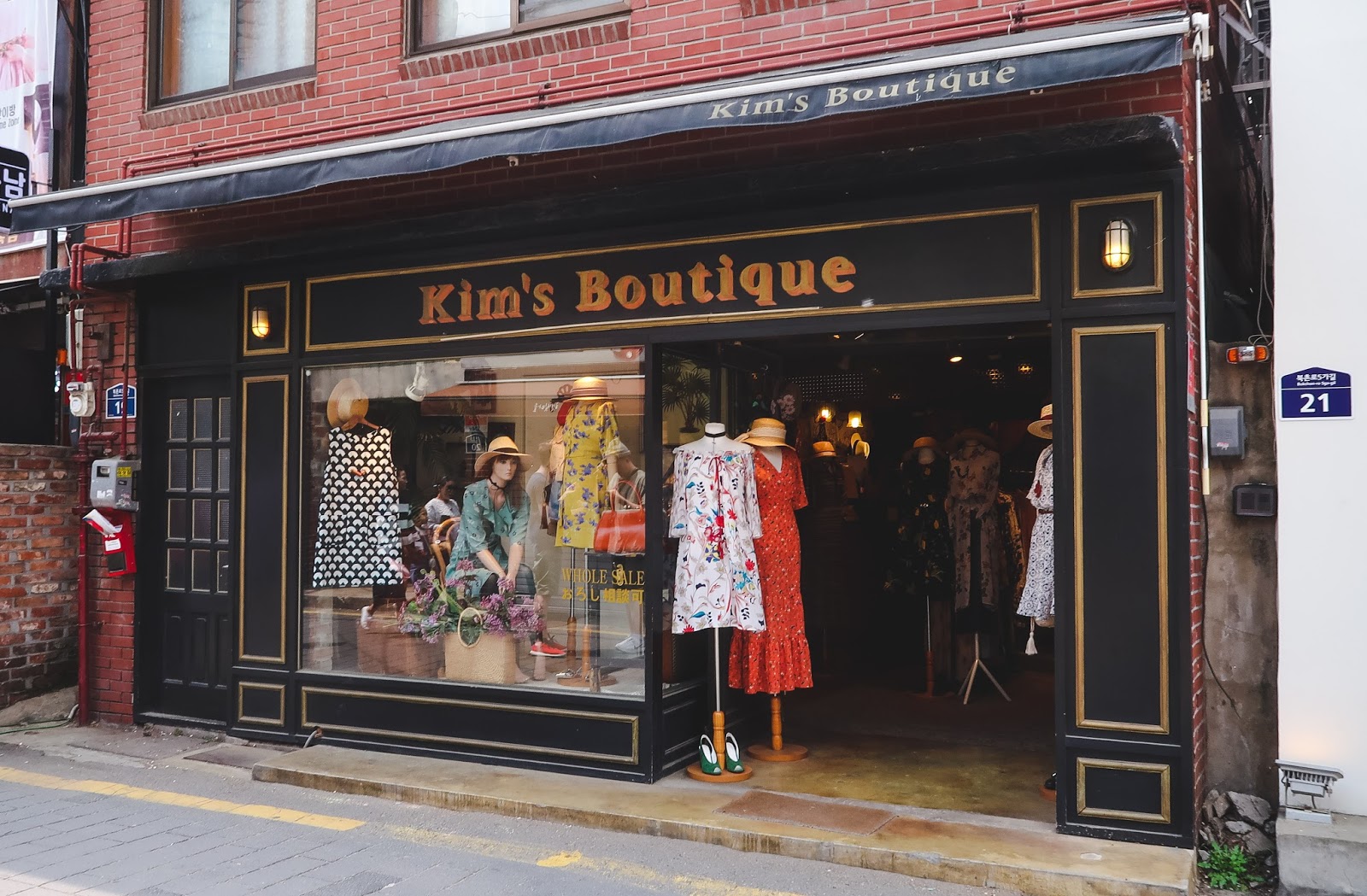 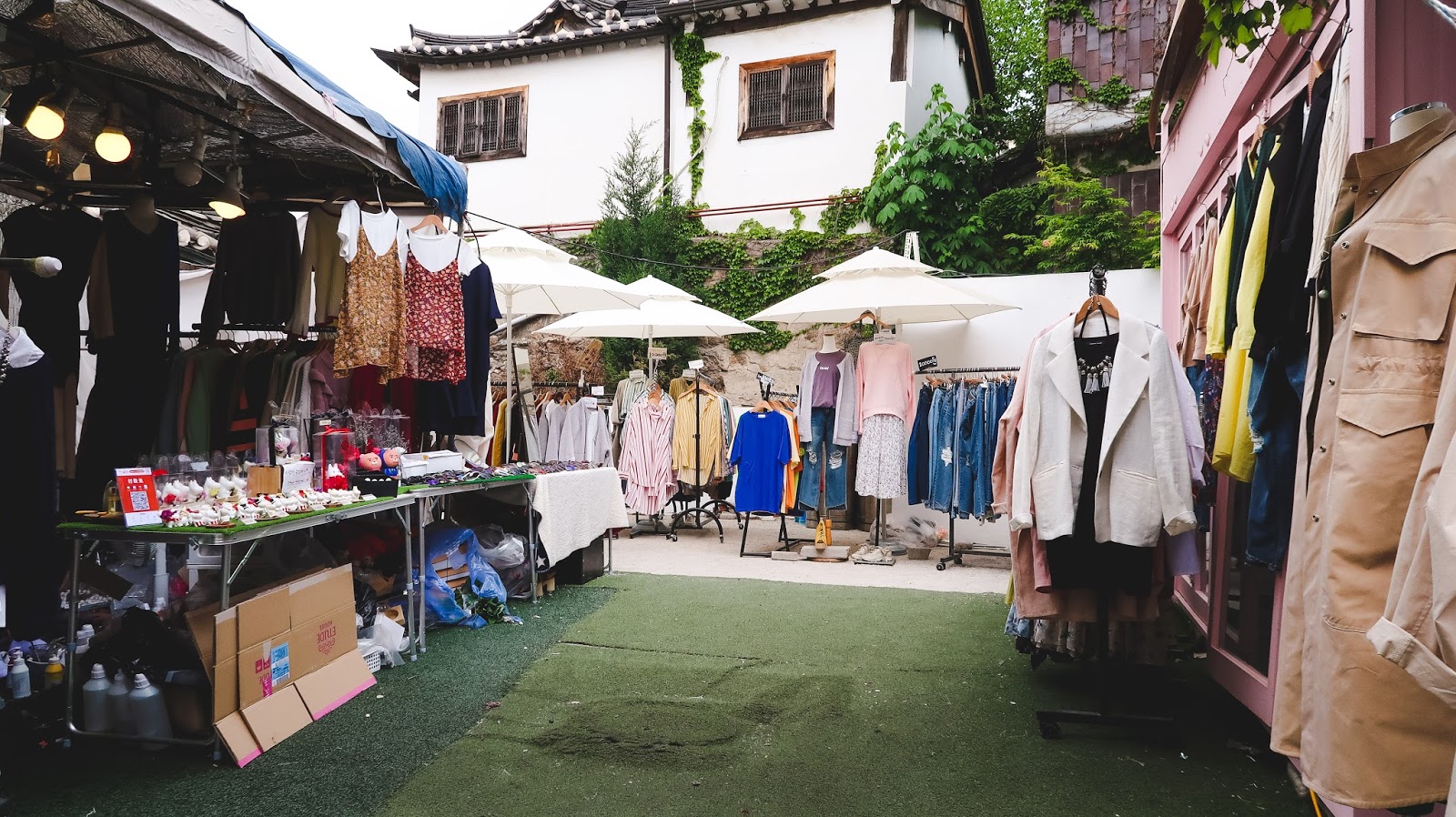 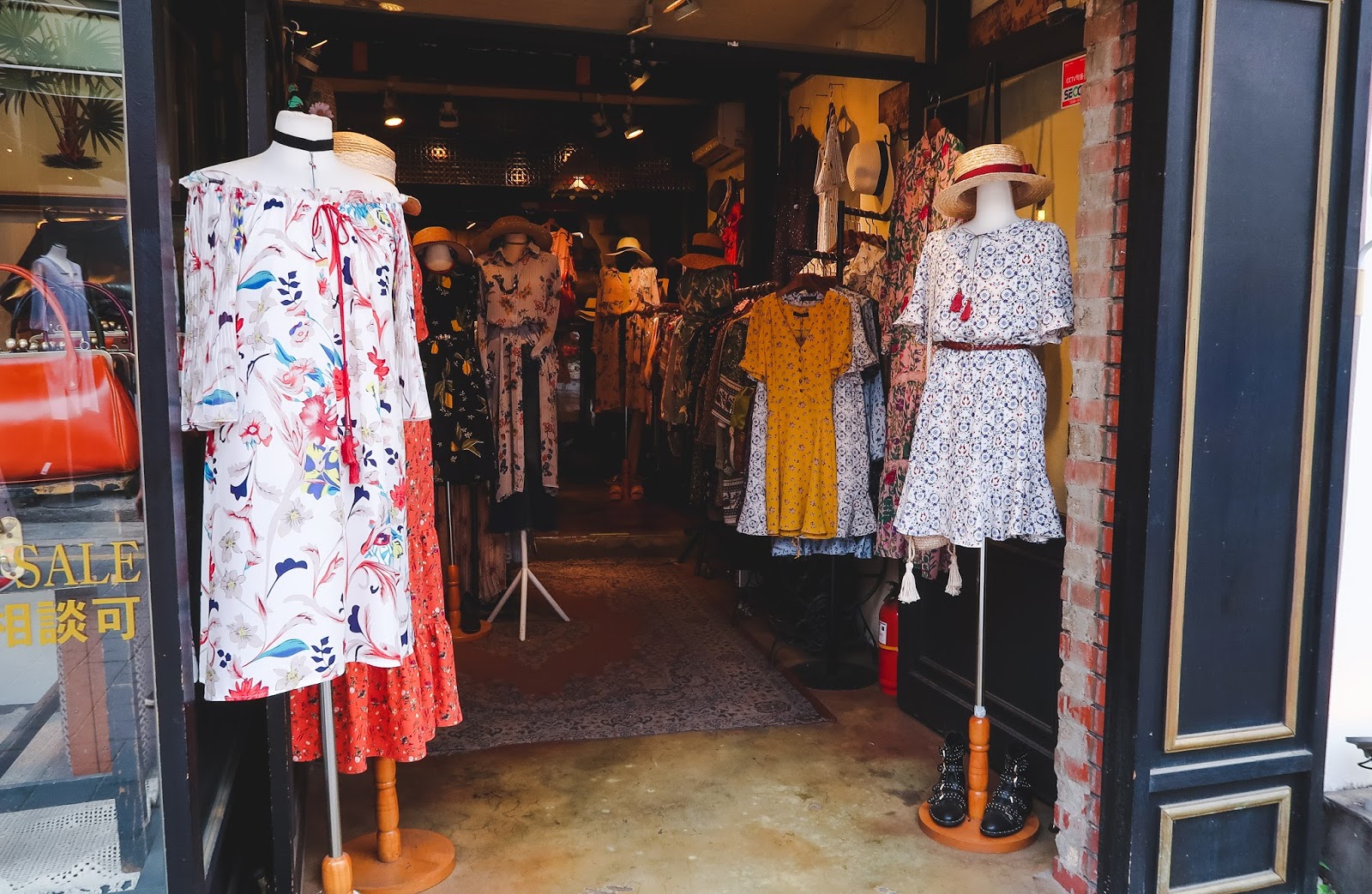 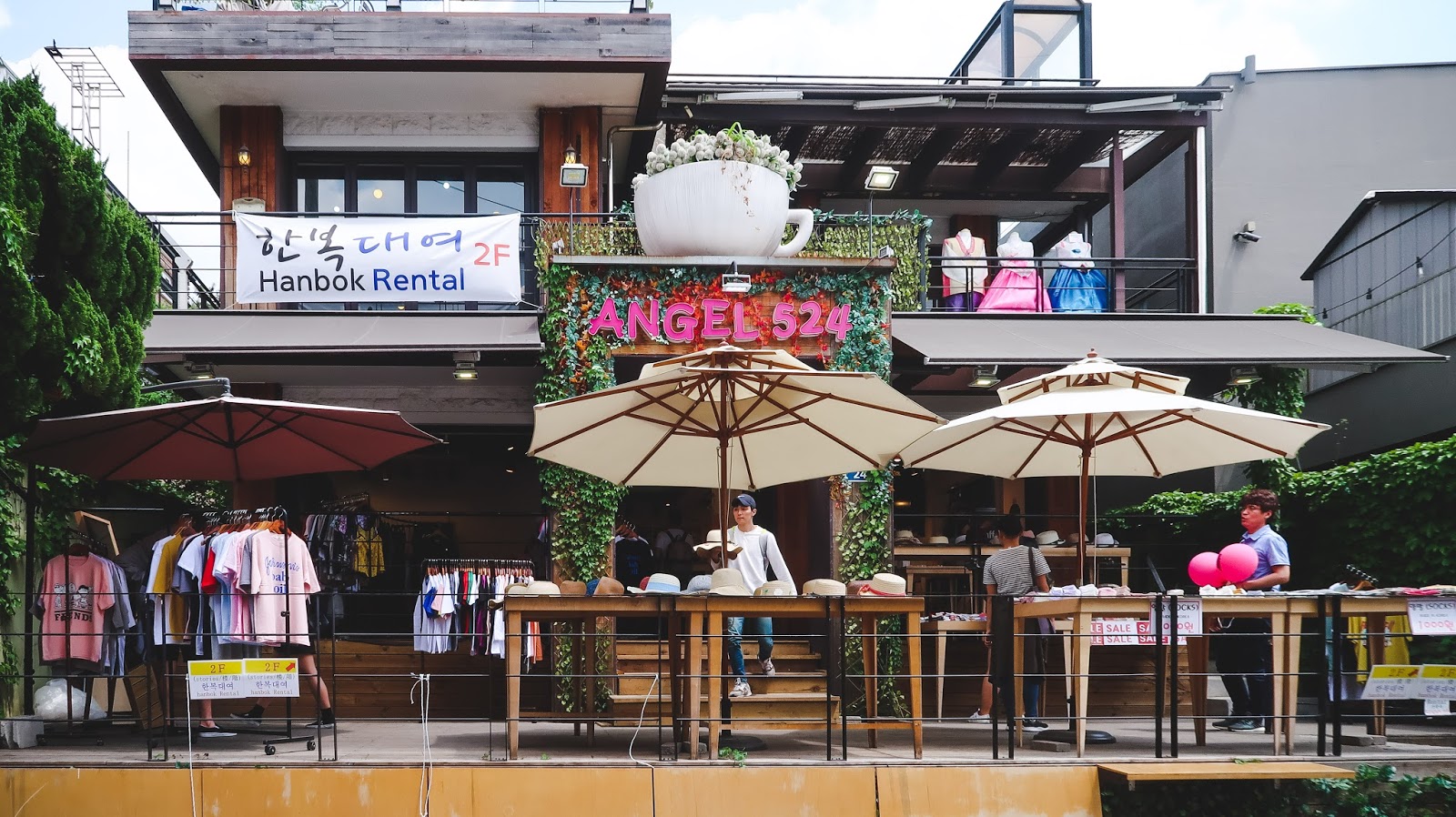 The village is easy to find as long as you see the stone-paved alleys, you'll know you're close. However it took us a little while to locate the famous uphill street where the best view is because every corner and turn leads to a different path that becomes narrower as the main street disappears from view.

By the time we arrived around late noon, we found ourselves among packs of tourists with cameras on hand, taking photos non-stop. We should have gone earlier to give you guys the best visuals because the whole place is picturesque bit its a pity that it was rather hard to take photos without your shot being blocked by a crowd or two also trying to get a good photo op. These are the best I can gather so far.

What I found funny though, is that the icing on the cake in these photos are the tourists wearing their rented Hanboks. I know for a fact they are tourists because they are taking photos of themselves non-stop. But I like that because there's so many of them, they made the whole scenario, specially the old tourist areas, look and feel like old Seoul in the photos. I wrote to my travel instagram (@carlaawanderlust) the exact same thing like we were transported back in time. 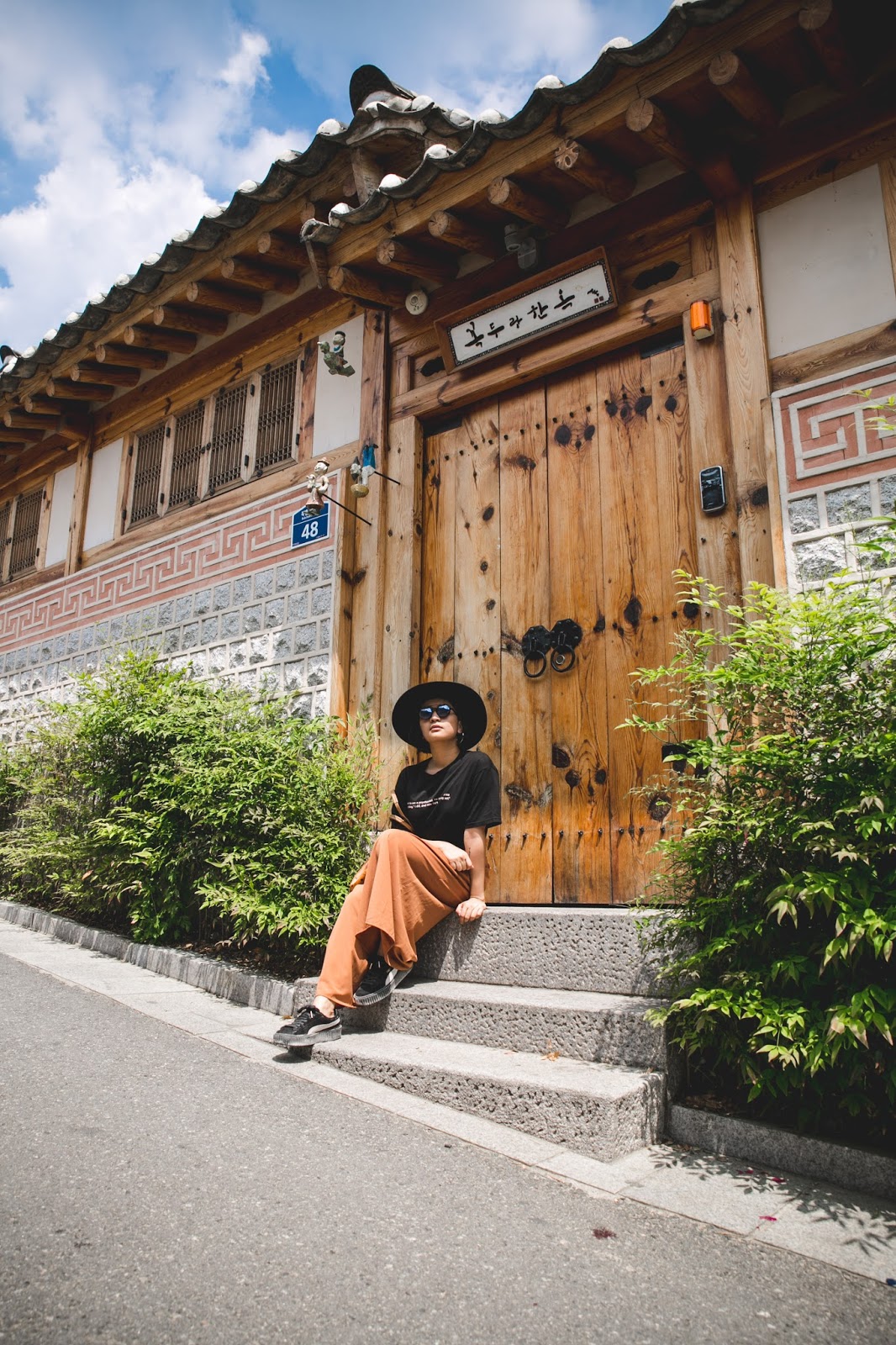 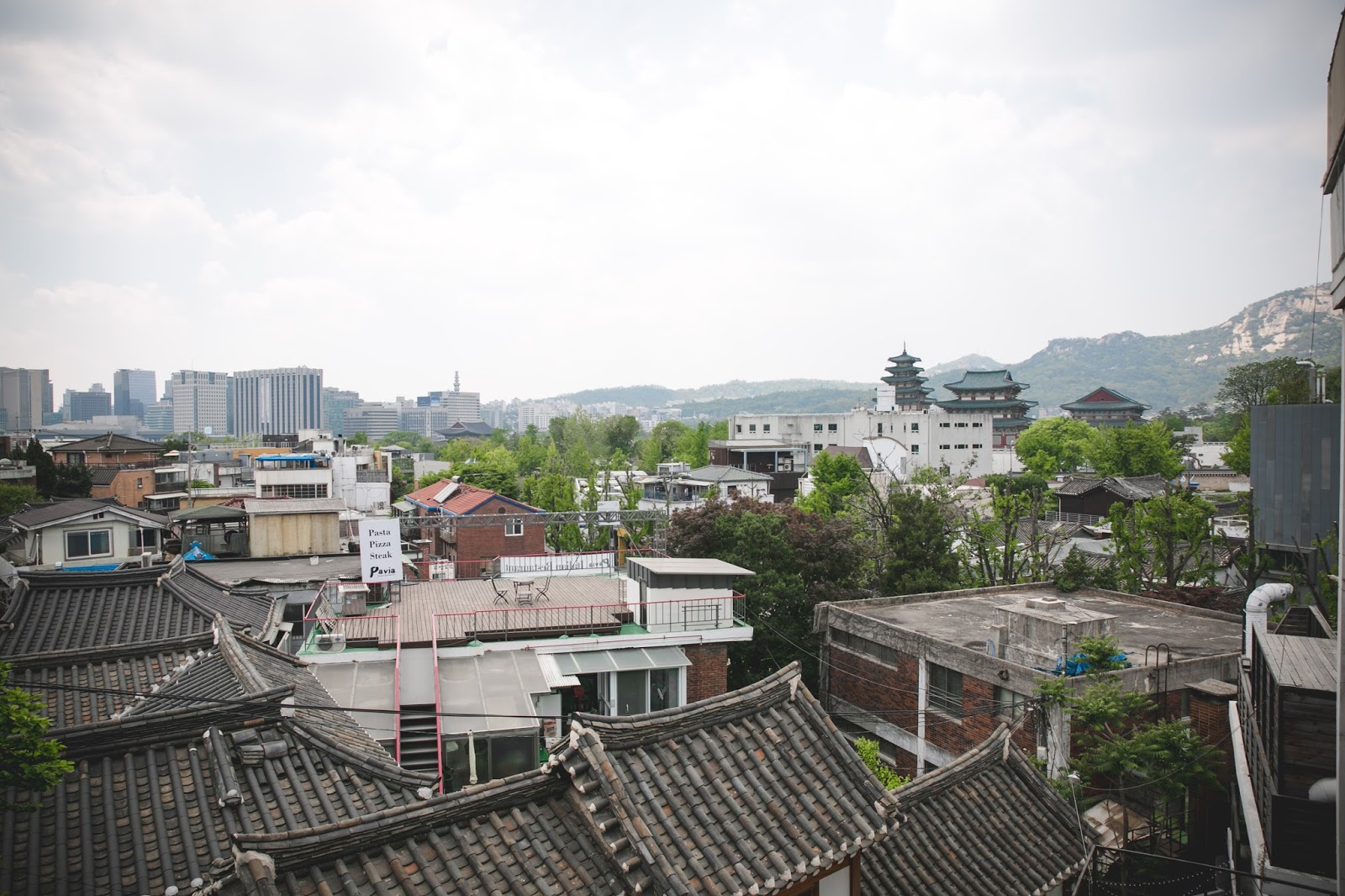 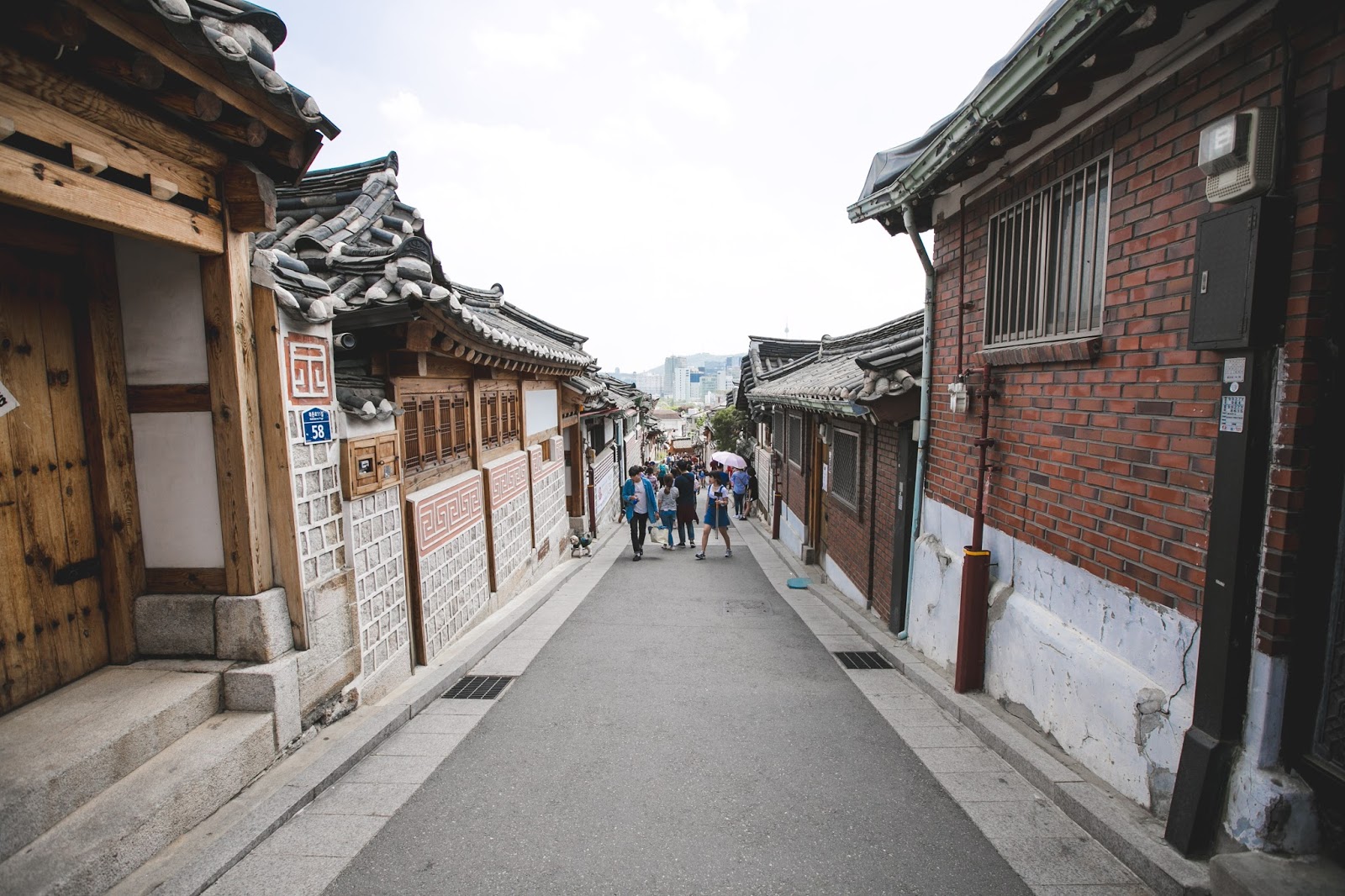 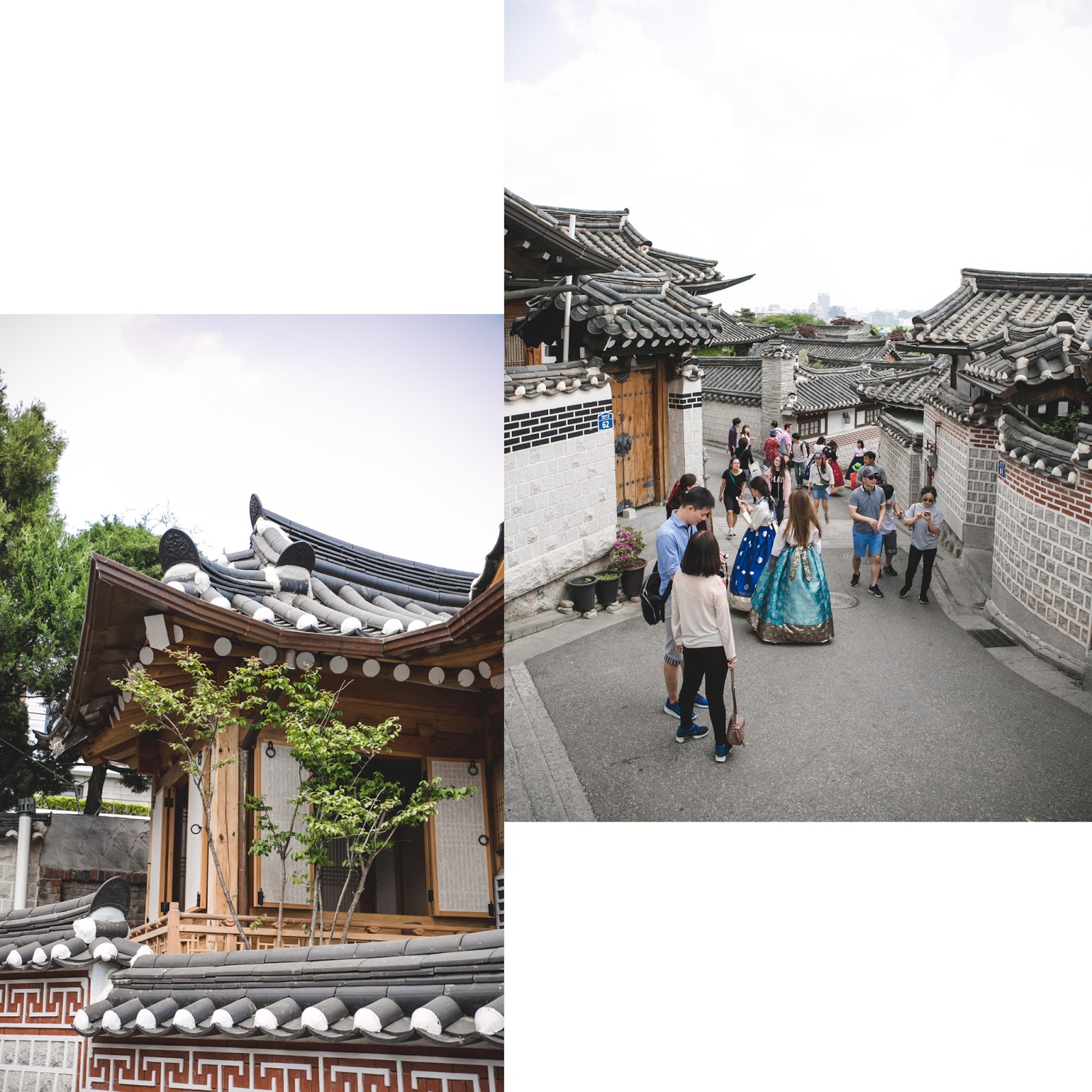 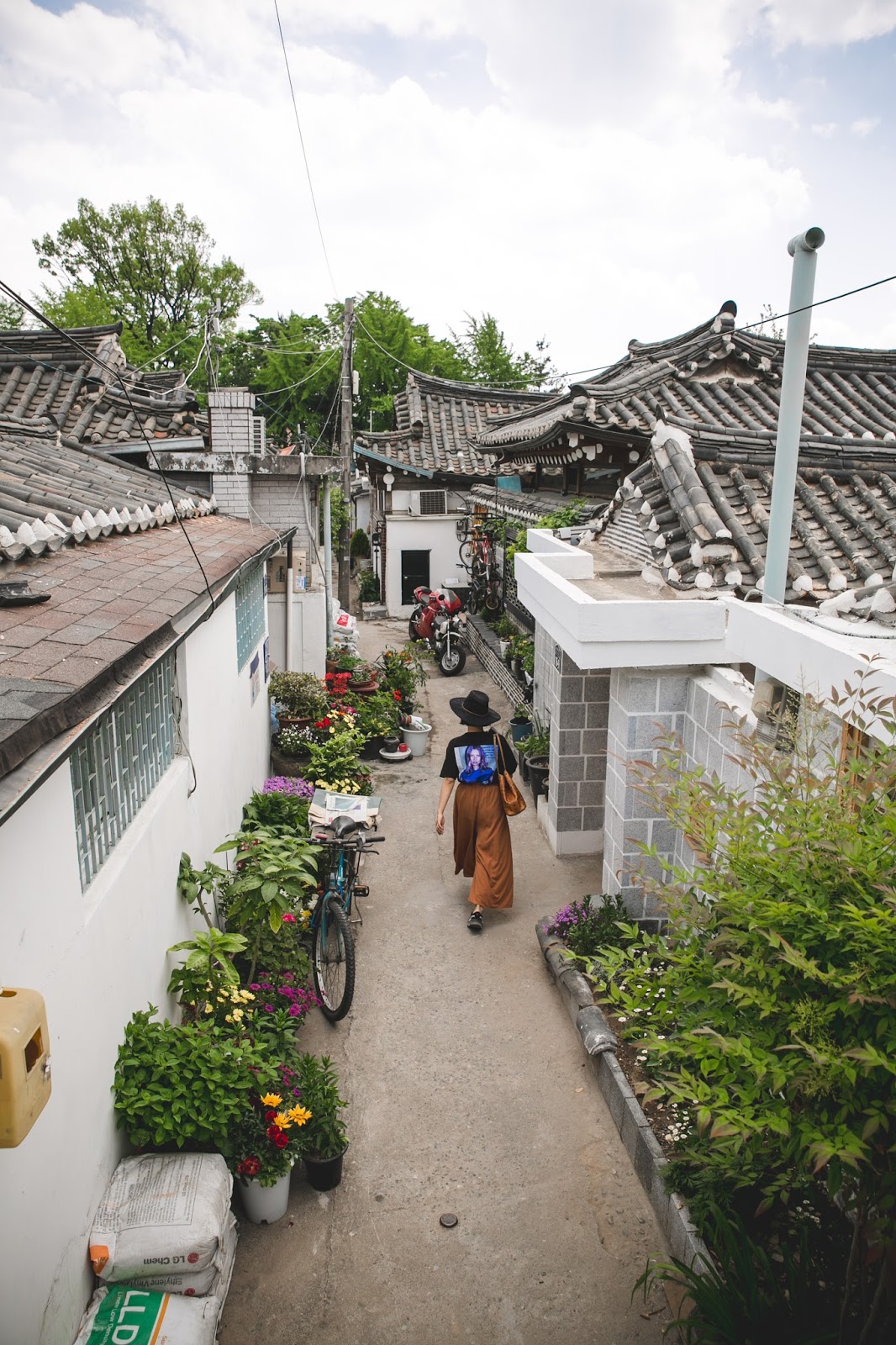 I've so much more visuals and stories to share with you all so stay tuned. Meanwhile. I hope you like these images and if you do share your thoughts down below.

Talk to you guys again soon!

Visuals captured with love by Pierre Elma and Yours Truly