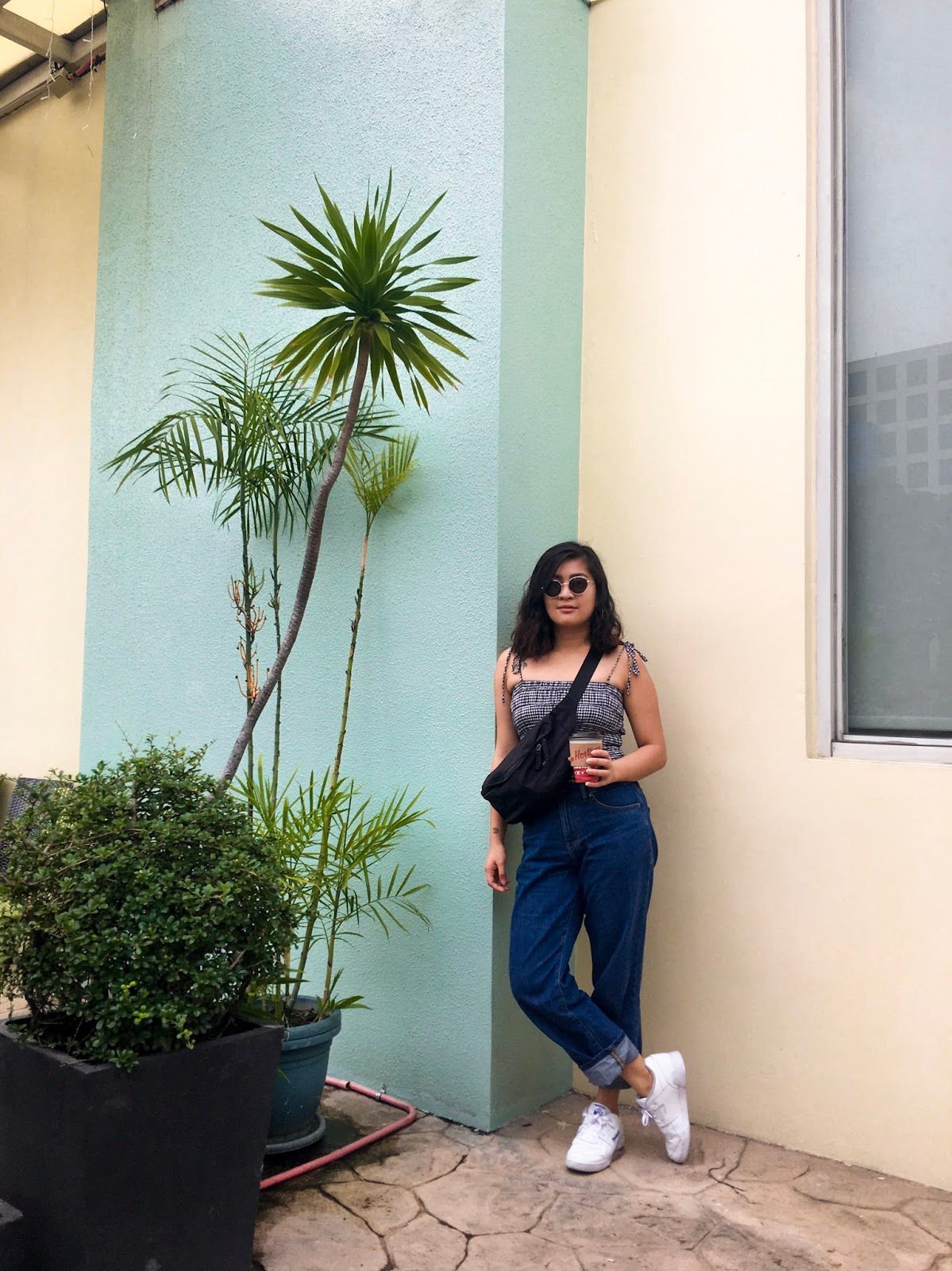 Here you are, last entry for 2017. I was contemplating on whether it should be a year-end round up post where I look back at the best moments I had in 2017 but I feel like this whole year had been a whirlwind of emotions and I can't recall a time when I was happy without being completely frustrated at the same time. So I might as well just end the year on a good note and remember the last few good days of the year.

Let's talk about Manila and the few outfit photos we managed. I don't know why but I always find it so hard to take proper photos when we're in Manila. I feel like time just moves so fast when we're there, we're always in a rush either avoiding traffic or if not, wasting time stuck in traffic. Getting from one place to another is a pain and that's all you think about, you barely have time to stop and appreciate the beautiful things around. Because honestly, Manila is beautiful in it's chaotic way but I only ever appreciate that when I'm not there, like when I've returned back to Macau or prior to the trip when planning what to do or where to go (that never materialise or were never followed).

Anyway, in between waiting for our transportation, mall hopping, and eating (because all we ever did in Manila was eat), we managed to quickly snap a few #ootd photos and myself some #mirrorselfie. I noticed how pastel colours are becoming a trend in Manila and there's plenty of little buildings and shop interiors with pastel colour palette. I love it because they really make for a great backdrop. It always gets me and when I see a pastel coloured wall, I just have to stop and take a photo. On our first free day, we went mall hopping with BGC's uptown mall, Makati's Greenbelt on the lineup, and of course Mall of Asia because it's literally a stone-throw away from my apartment. When in Manila, Malls are where you need to be; that's where everybody goes to, where you can find anything and everything.

We went to the newly opened Commonwealth PH flagship store, it's the one store that you must go to for streetwear in the Philippines - they carry brands such as Carhartt WIP, Stone Island, Comme des Garcons Play, Dime, etc. in addition to its own Commonwealth FTGG line. Then we also went to one of the Sunnies Studios's opticals where Penguin got new prescription glasses. I honestly think Sunnies is doing so well; I remember how my mom used to just buy their products from airline duty free selections and it used to be called Sunnies by Charlie (or something like that), but now it has grown to such a huge brand with physical stores nationwide and they're now a legit optical but all the while keeping their young and vibrant aesthetic. I'm just amazed. Most of my sunglasses that I wear on a daily basis is from Sunnies (save for one or two), and the designs that I got from when they just started until the new ones that I recently acquired are still so relevant that I can use them anytime with any fashion trend. At Uptown Mall, we had lunch at at place called Flat Iron, a restaurant serving fusion dishes with the concept being a modern kind of diner. Will tell you more about it in another post as I'll be doing a foodie sort with where and what we ate in Manila so stay tuned for that. But I have to say that I like the vibe of the restaurant (where photo below was taken). I feel like it's more of a Bistro but less fancy and more young.

After Uptown Mall, we headed straight to Greenbelt. If you must know, Greenbelt is comprised of several buildings aptly named Greenbelt 1 - 5, the oldest I assume being Greenbelt 1, and the newest 5. And very much fitting, the oldest as you can expect is where all the low-end brands are. I can't even say low-end but how I see the stores there are more like tiyangge but in a mall setting and most of the shops are local or no-name brands. The bigger numbered buildings are where you'll find the more upscale brands and luxurious brands. Commonwealth PH is located in Greenbelt 5 so that's where we made our way to. After looking around and doing what we came for, we decided to hit Bonifacio High Street for a stroll. We came upon Sunnies cafe, the same Sunnies Studios brand and just like the retail stores, it keeps to its aesthetics. More about it later on my foodie post too. 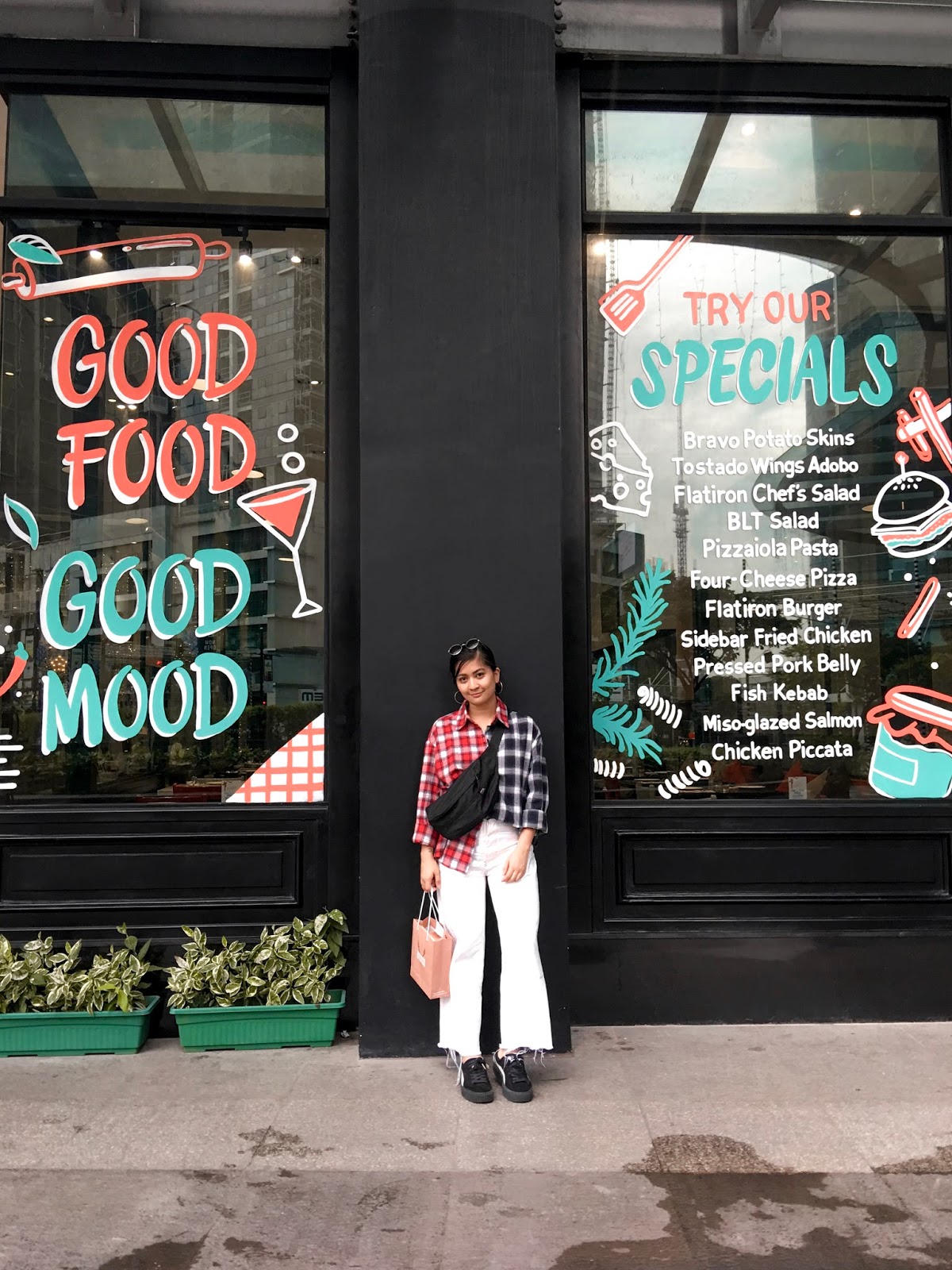 On our third day in Manila, Penguin and I went with his relatives to visit his grandfather's grave somewhere in Quezon City. If you've ever been to Manila and stayed close by to the Airport, you'd know that going to QC in the middle of the day is a major hassle. But we had to nonetheless so a full day reserved just for that was needed. While we got our tummies ready for the long ride by way of Jollibee, I saw a jeepney parked nearby. Had to quickly go and take a photo because I'd never in my life, again, ride a jeepney in Manila. In the province, sure why not. But in Manila, just thinking about all the bad stories I've heard scares me. I don't think it's that bad, I know I'm over-thinking. But I'm just scared. So a photo-op is the closest I can get to in a jeepney. 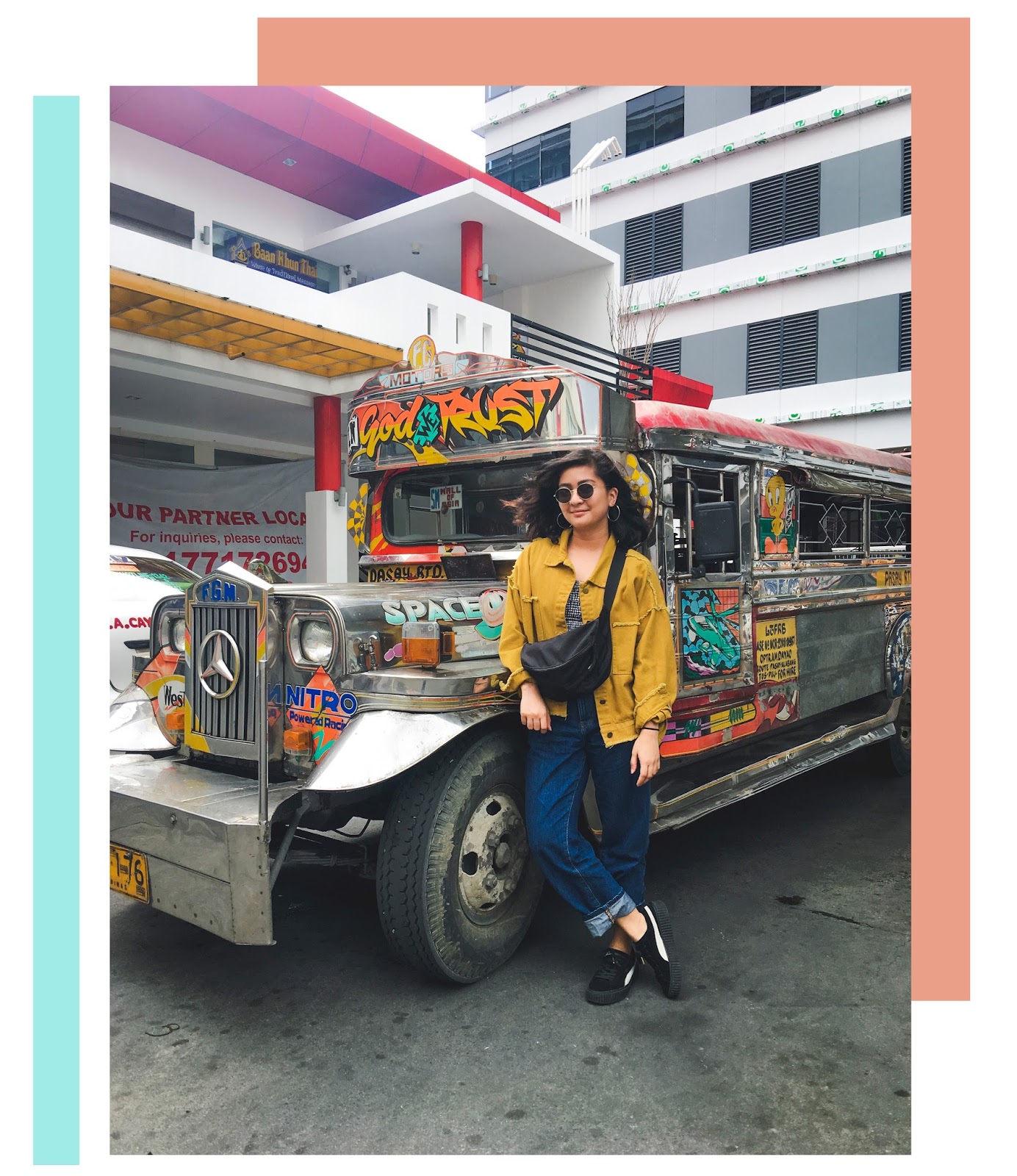 The rest of the photos were taken on our last few days in Manila (can you believe we were there for 12 days and we barely took out the SLR for taking proper photos?). I was mainly on my phone and point and shoot but mainly cos I was VLOG-ing and not necessarily taking pictures. Speaking of, I haven't had the chance to go through those clips so might take a while for me to get it together but I'll try my best to upload on the YT channel as soon as possible.

I think it was a good thing though. In the middle of the trip, I think I gave Instagram a break and didn't post for a good three days; I was able to just focus on other things and not my phone and sometimes we all need that so it's great that I got to do that. Then on Christmas Eve, we spent some time just chilling on Penguin's tita's front yard, playing with his nephews while carolers came and went; it was just a nice, intimate moment and even though I missed my family because I always try and celebrate Christmas with them as much as I can, being away was a different experience.

Anyway, I'm spending the last day of the year with them and just making it count. As I type, I'm waiting for my BBQ ribs cooking in the oven and praying it turns out good for tonight's dinner. I've also still got a few house chores to finish before we get into party mode to welcome 2018 so I'll have to stop this here now and get on with adult life. But before I end this here, just allow me to greet you all a Happy New Year! I hope ya'll have a fruitful year ahead and lots and lots of love!!!