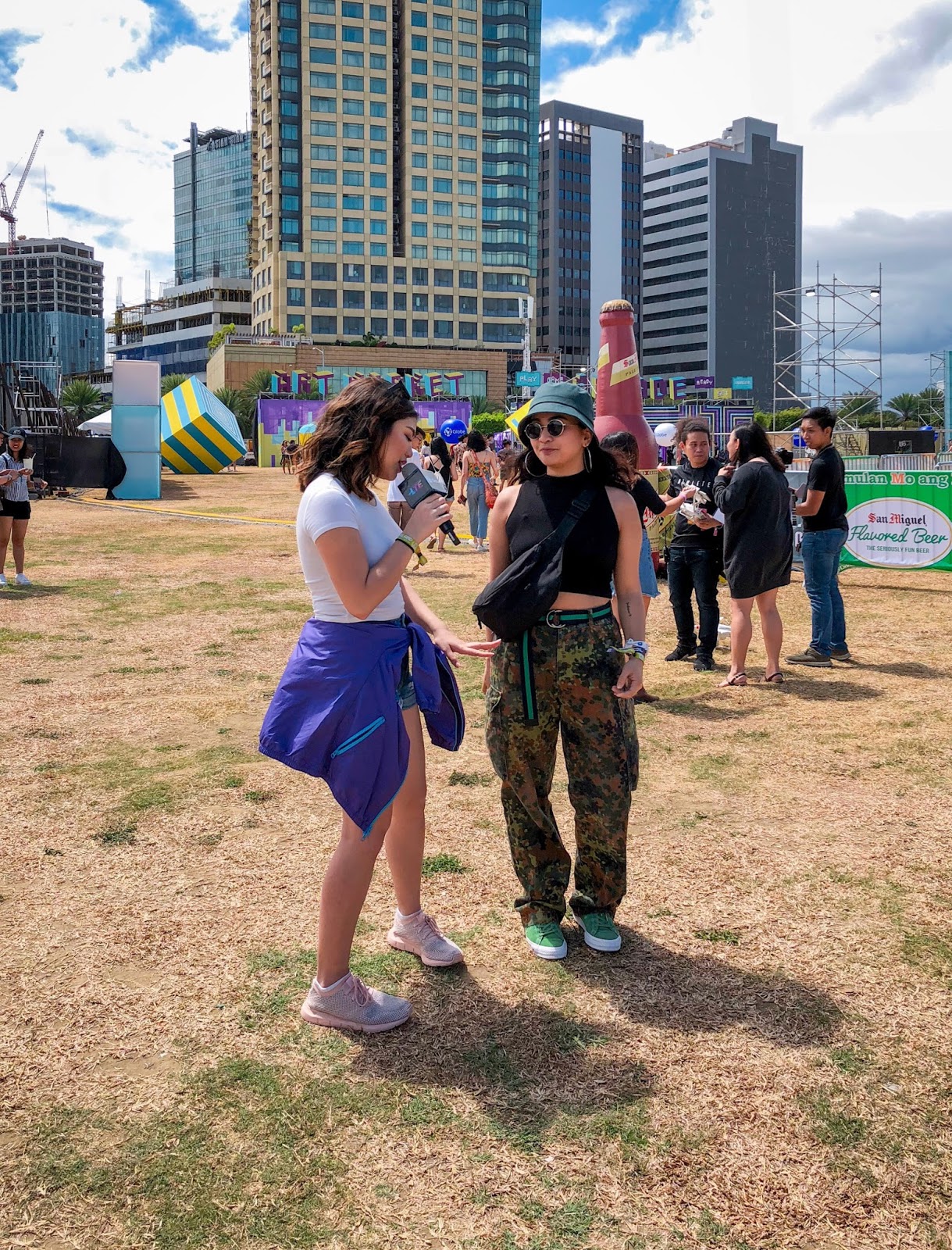 And so my weekend getaway recap from Manila begins, starting off with the main event of course, none other than the Wanderland Music and Arts Festival!

I feel like I've been living under the rocks having only found out about this festival this year (or late last year I should say as we made sure to buy tickets early on because apparently they sold out really quickly), but in fact this festival's been going on in Manila for a couple of years already. It's such a bummer that we missed out on the previous years but then I guess I can say we also got lucky and got to attend this time because this year's line up is sooo good, so much so that Penguin and I didn't even have time to really check out the whole festival grounds as we were so focused on the performers and the music.

The line up consisted of major performers, local and international artists alike, including Lauv, IV of Spades, Ben & Ben, Quest, and the headliner - Kodaline. But the ticket seller for us were Daniel Caesar and Jess Connelly. I think I mentioned in a previous post why so go and read that bit here.

So we arrived at the festival grounds and got in at around 1PM, giving us just an hour or so to scheme the festival grounds before staying put in between the two stages next to each other, watching alternate performances from 2:30pm onwards. When the line up consisted of artists that you can't miss, there's just no way to leave a good spot. Well that is, until it got too crowded that we had to retreat to the more comfortable VIP lounge to breathe.

For the same reason that we didn't get to experience all the activities the festival had to offer, I was not able to take a lot of photos. In between breaks, I was busy recording with my camera on one hand, and non-stop insta-storying with my phone on the other. So if you wonder why I don't have the professional-looking outfit of the day full body shot nor the wide-angle sort of environment shots like my other travel visuals then this is why. 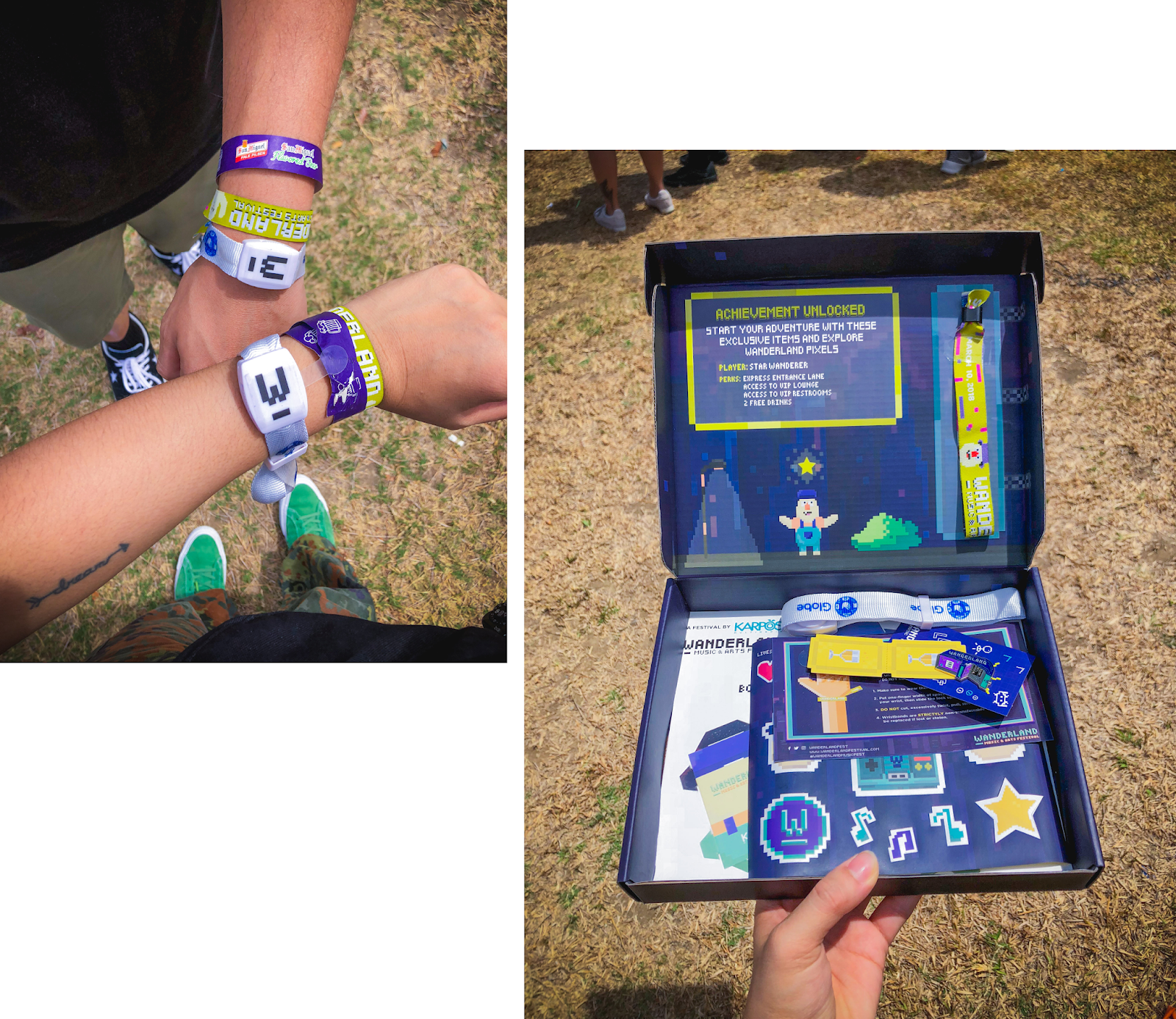 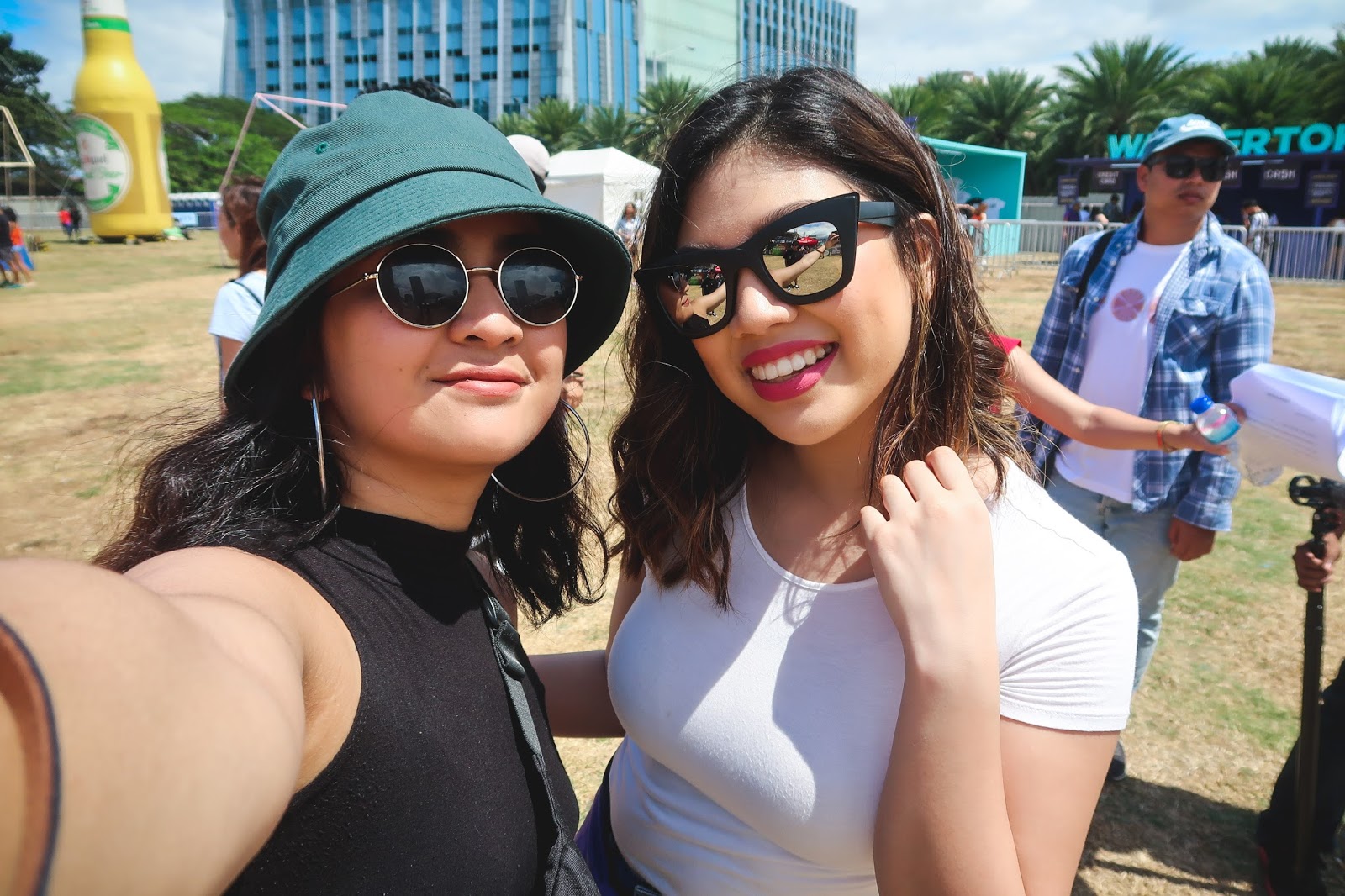 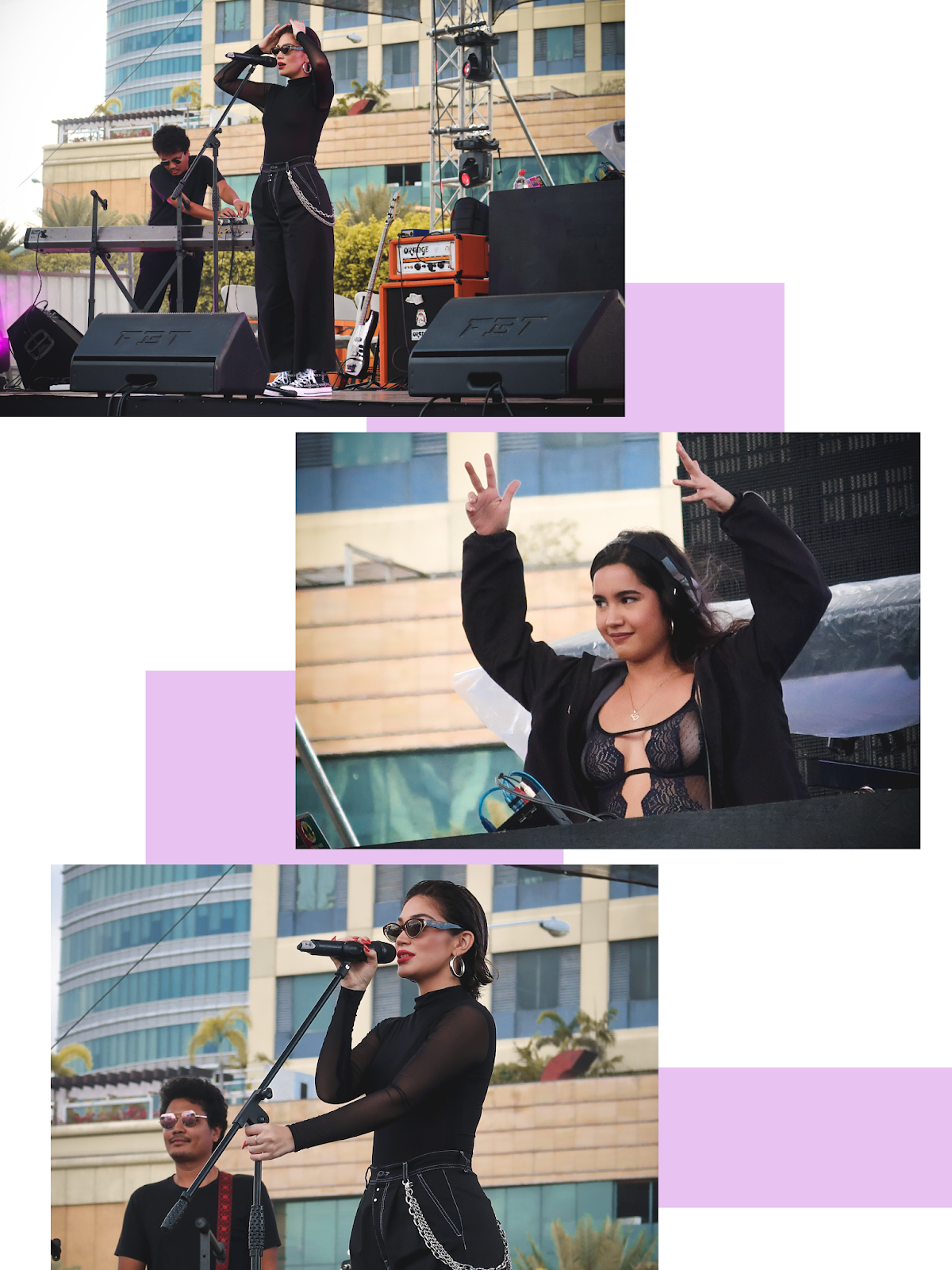 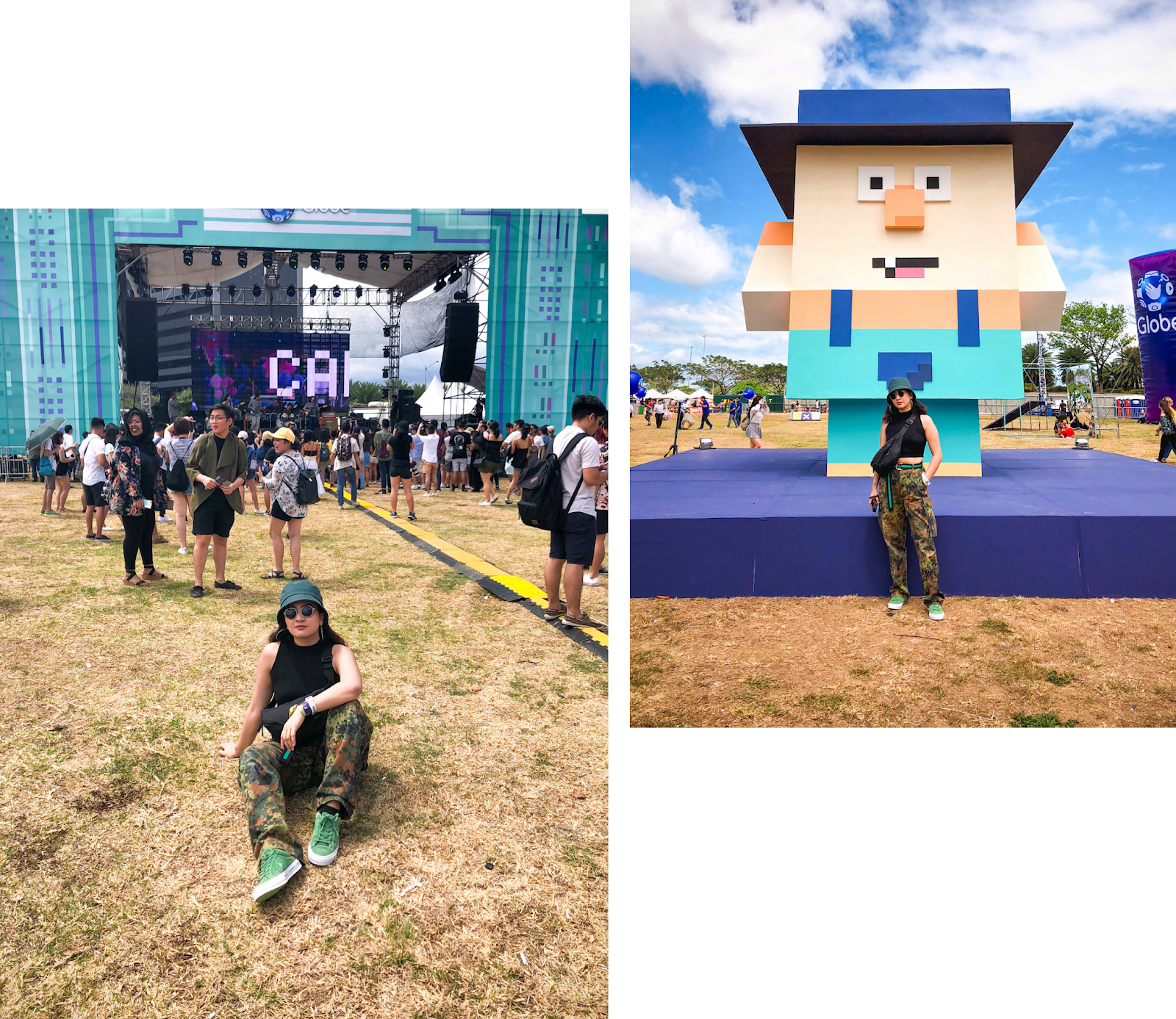 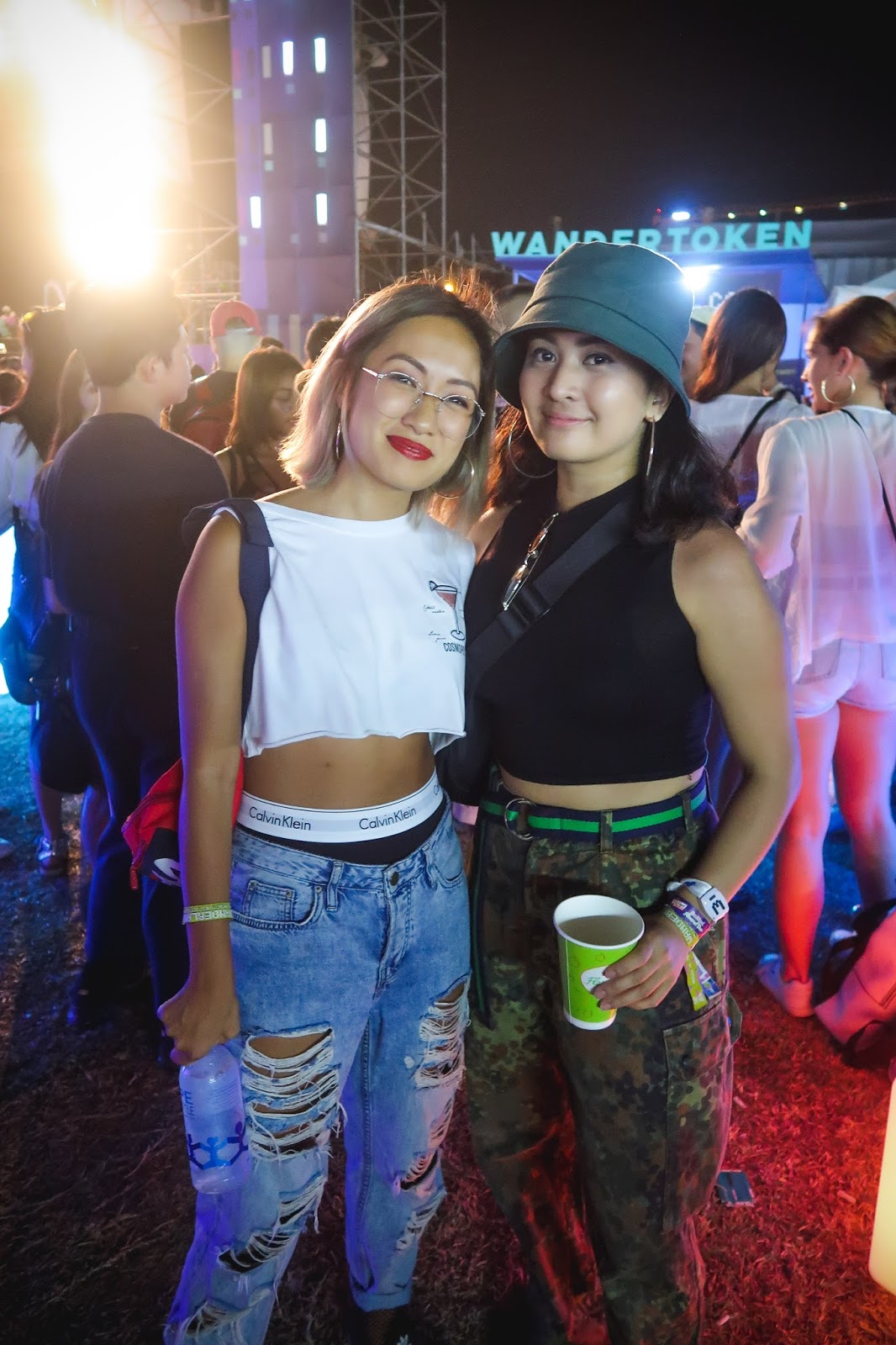 As for the video, I quickly edited the clips as soon as we got back because I wanted to upload it while it's still relevant so here we are. It's a little messy but you know, festivals are festivals and you never know what you're gunna get because everything really depends on how you spend your time on the grounds. And like I said, for us, it was all about the artists and the music so in the VLOG, I really just had to include a few highlights and the performance that we came for. Also, towards the end of the event, I was low-key taking paparazzi shots of the celebrities that we encountered there including one of my favourite fashion bloggers who I took a photo with above - Lauren Uy. Wanna see who else we saw there? Then watch the video now! Head to my youtube channel or watch below, and I hope you like it and if you do, please do give it a thumbs up.

Now, you might also notice that I got interviewed by Janina Vela - that bit was actually for Globe which is I guess the primary sponsor of the festival, and the segment was for the festival street style. If you want to know what that was all about then click this link and watch Globe Wanderland Bits here.